Over the last few weeks, the trail camera captured several 5am fox pictures, 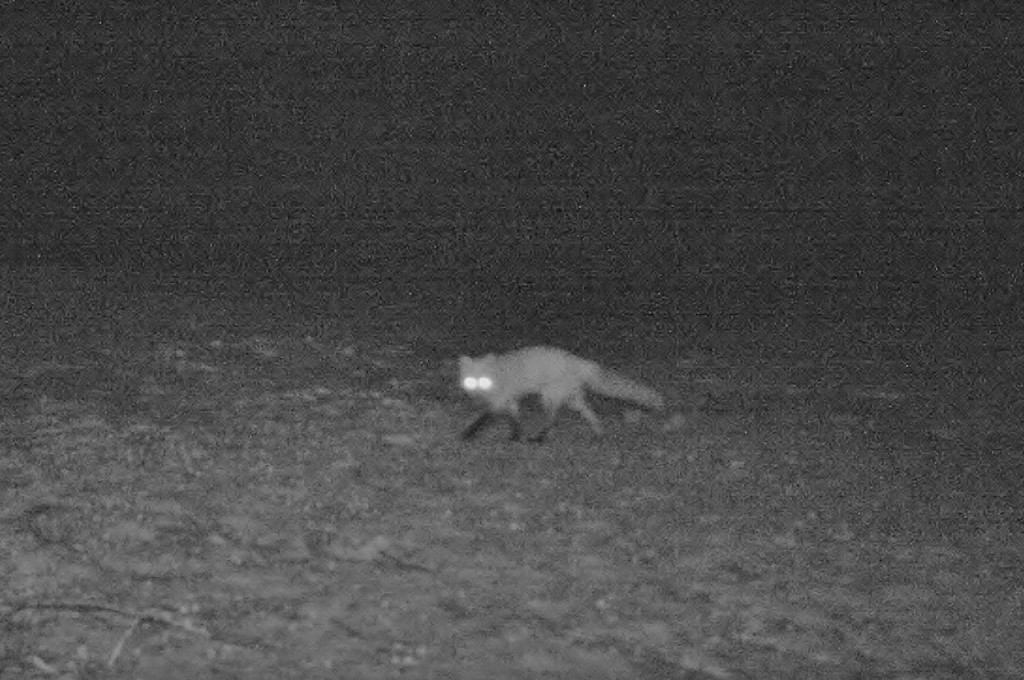 while in two different locations.  And I was really pleased by that. (the fox really gets around!)   But I was hoping to “catch’ something different now.

So I put on my snowshoes and filled my backpack with a Bio Rock Salt Lick, my little camera, and a bag of vegetable peelings.  With my big camera and lens around my neck, Cookie and I set off to move the trail camera to a new location.  I had a hunch on where the deer might be crossing. It’s kind of hard to tell though when your faithful pup runs ahead sniffing anything and everything, mucking up any tracks you might have found. 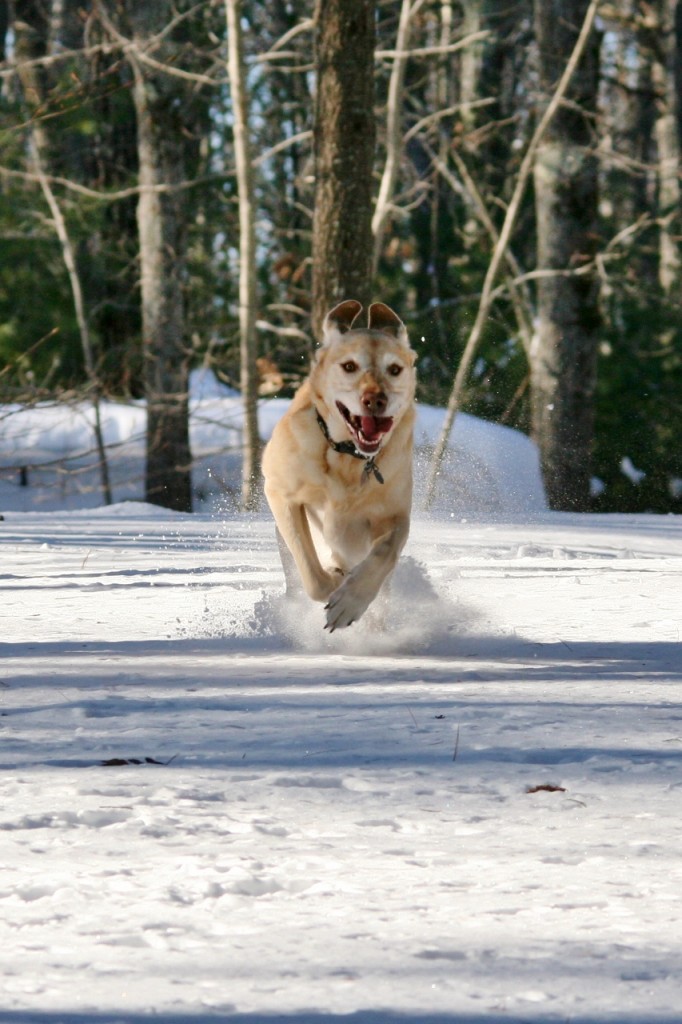 But she’s so darned happy doing it!!

After we’d set everything up just right, we headed down to the point to see if the eagles were out and about. 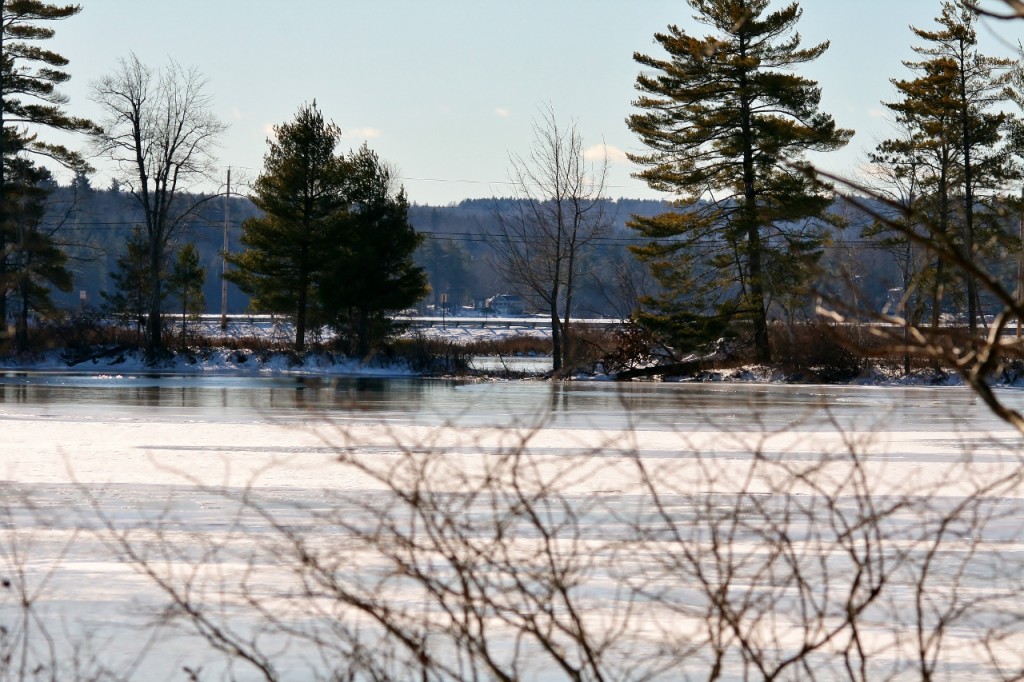 Looking toward the beaver hut . . . 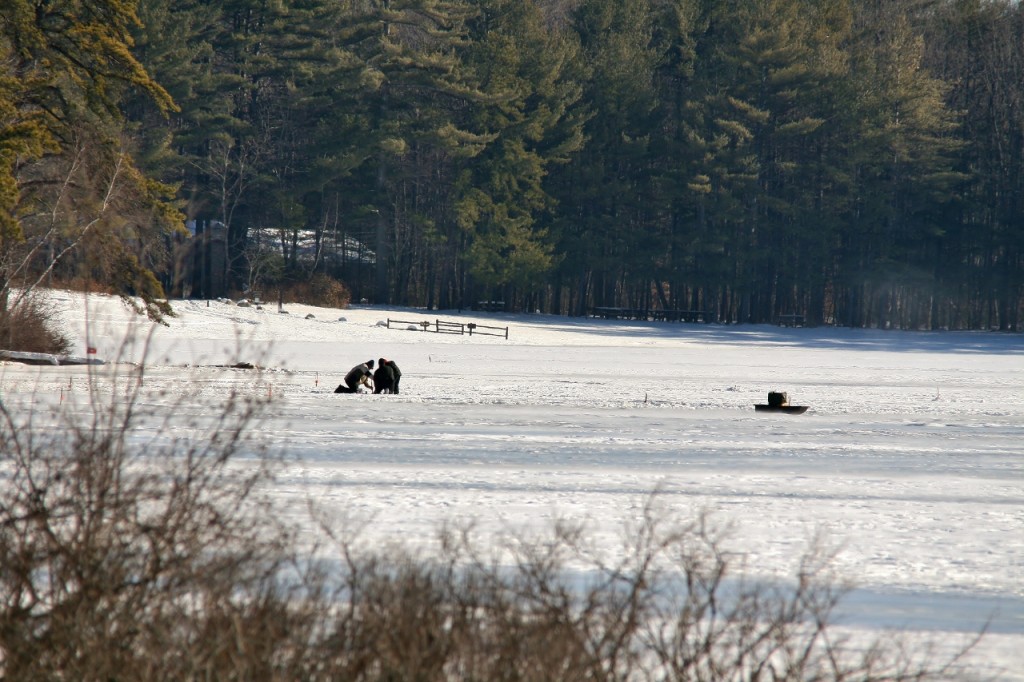 Looking toward the state park 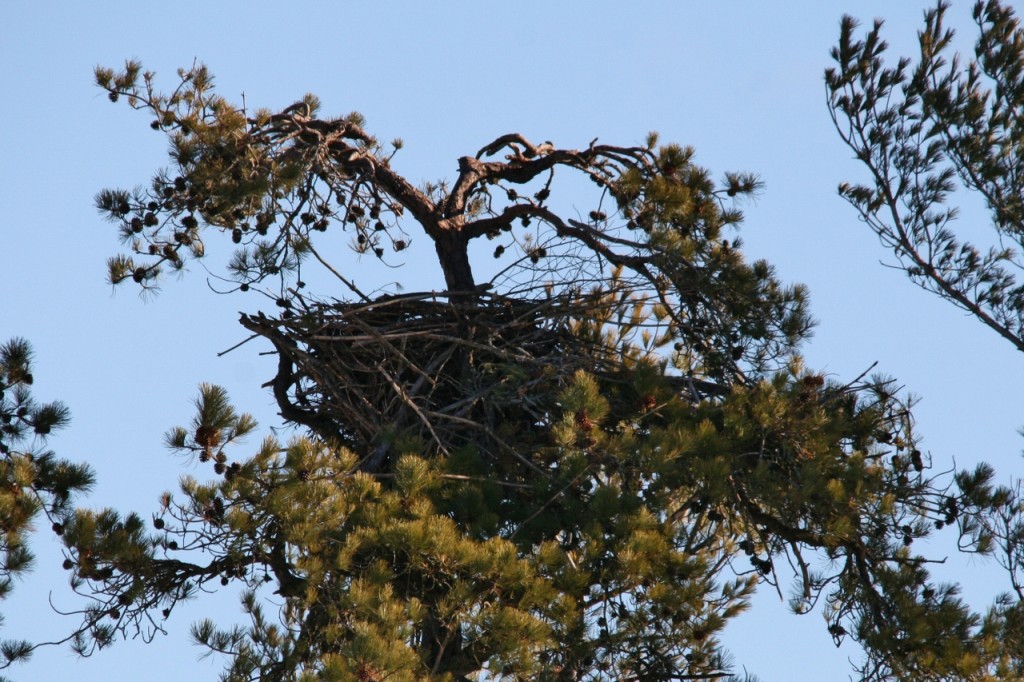 But sadly, no eagles.  I knew it was a long shot.  Normally, I start seeing them more frequently in February when their adding to their nest in earnest and getting ready to start a family.

Even though they’ve rebuilt, I admit to being a little nervous as to whether or not they’ll use this location again.  Time will tell.

This photo of the nest I took much further up along the trail as you head from the picnic area back uphill toward the 20’s.   I’m standing about even with site 24!  Not too bad a picture from that distance, huh?  (This is cropped of course) You can actually almost see down into the nest.

What great pics I’m going to get this spring!   I just LOVE this new lens!

As I write this, Cookie has been lifting her head toward the window and growling low. Whatever it is, it’s not scarey enough for her to get up from her snooze. I’m hoping it means something has discovered my little feeding station.   I’ll keep you posted!

5 Responses to Trail Camera, Eagles and a Happy Dog