I only kayaked out to to see the loon chick three times in two weeks.  This was on purpose, because I didn’t want to disturb the family too many times.  But I DID want to check on them to see how the chick was doing, since we hadn’t had a chick in two years. 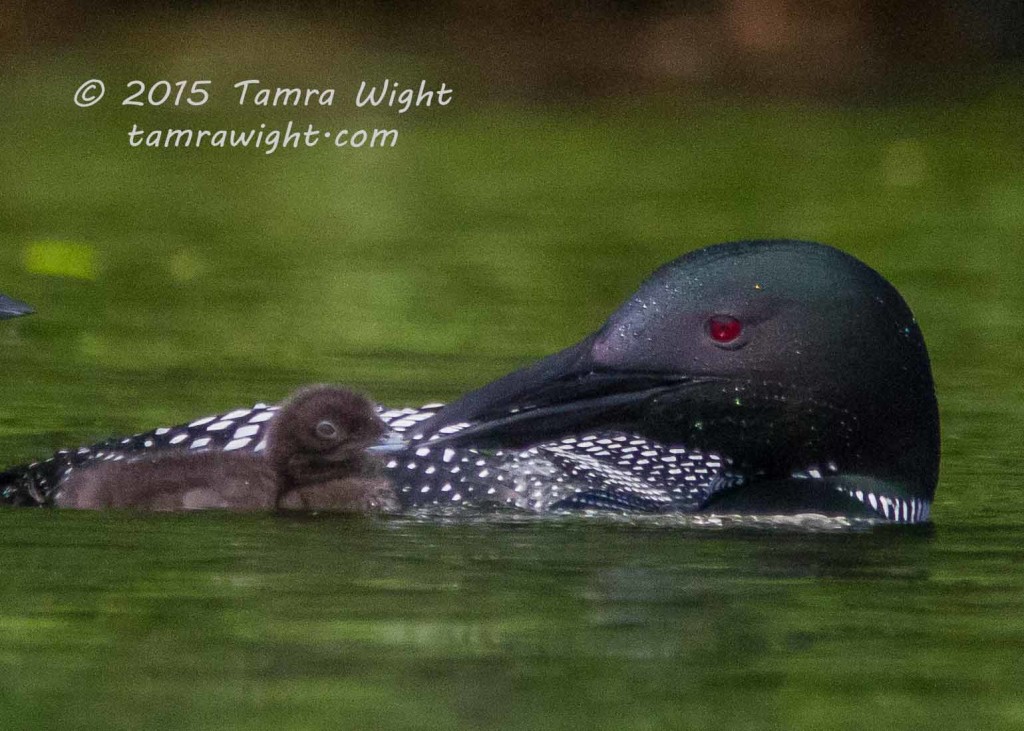 I have an advantage with my 500mm lens.  Since I can be further away and still get great photos, the adults aren’t forced or frightened into hiding the chick from my watchful gaze. I was able to witness the parents bring tiny minnows to their little one, dunking the fish several times until the chick took notice and accepted it. 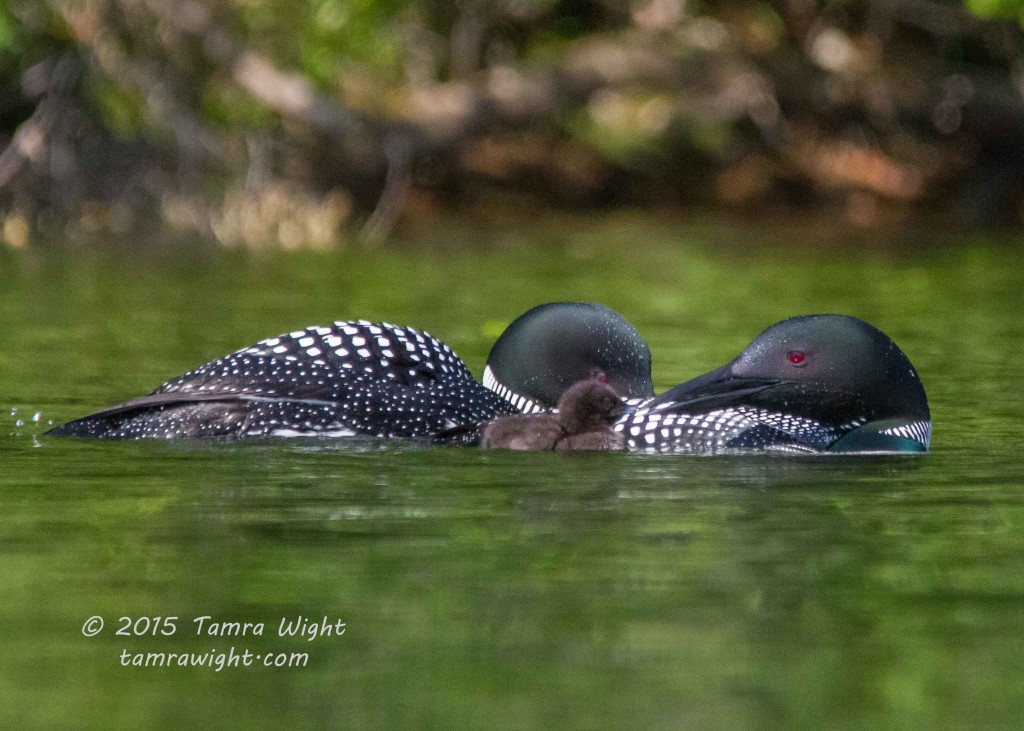 One adult always stayed close by, even when they made quick dives for more food. If they resurfaced more than a few feet from the chick, they’d hoot softly until their little one was close by again. 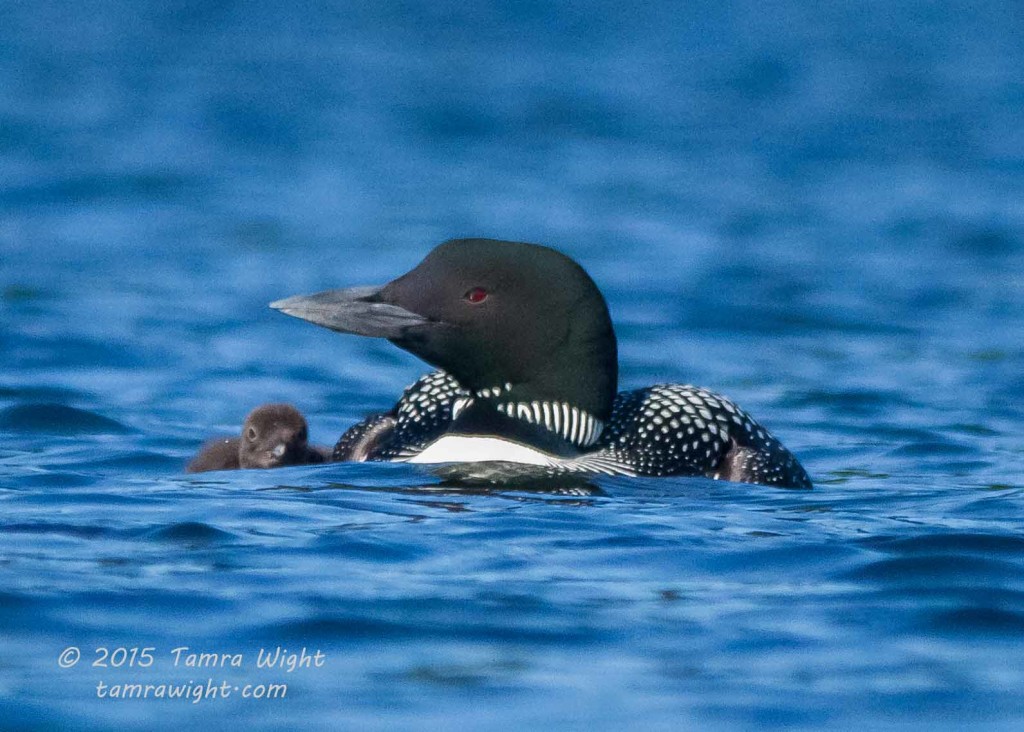 My very favorite moments, the ones that brought tears to my eyes, were when the chick climbed up on the back of an adult and hid under a wing.   One time, I didn’t even know the chick was there, until the second adult surfaced nearby and softly hooted, coaxing it out. 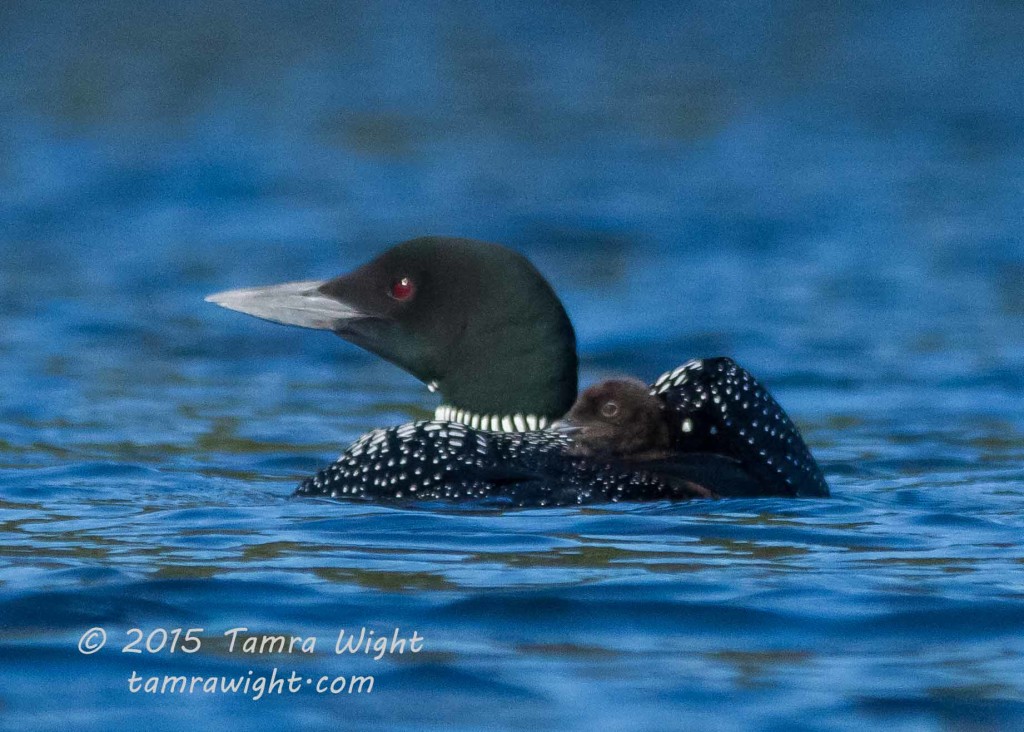 I’m so sad to report, that sometime between my Wednesday night visit (last week) and my Sunday visit, the chick disappeared. 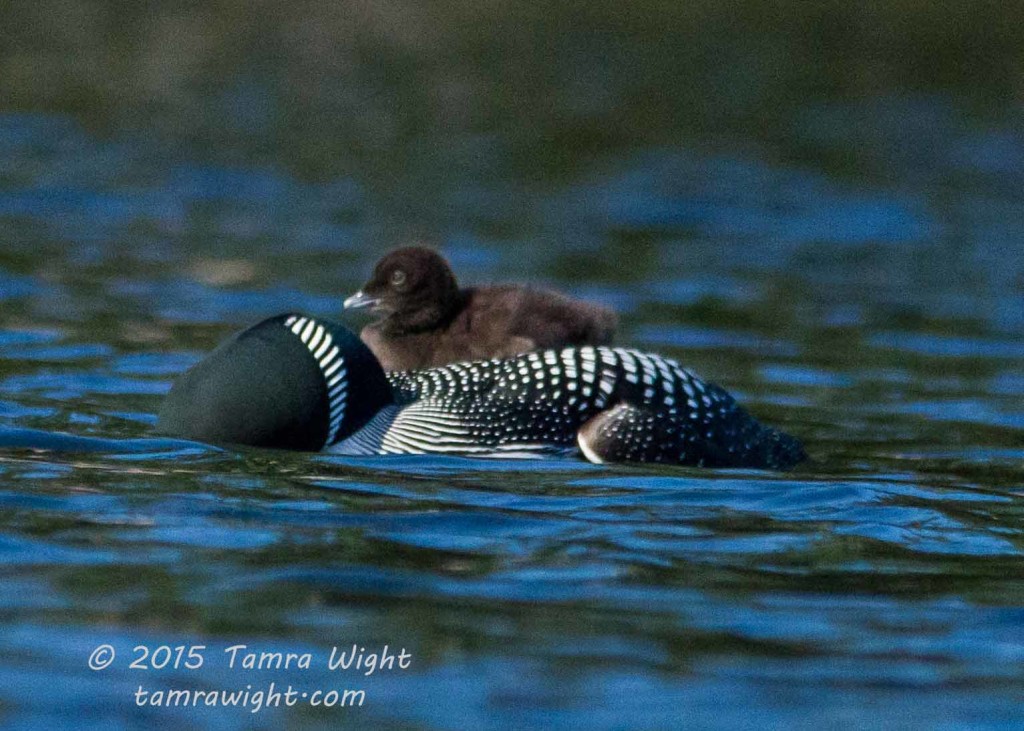 The adult loons were still diving together, hooting softly to each other.  But the distances they traveled between dives told me there was no chick in tow.

One of the adults seemed to hang out quite a bit by the original nesting site. Perhaps they will re-nest, but in my experience, it’s late in the season, as the chicks need a lot of time to grow and to learn to fly. 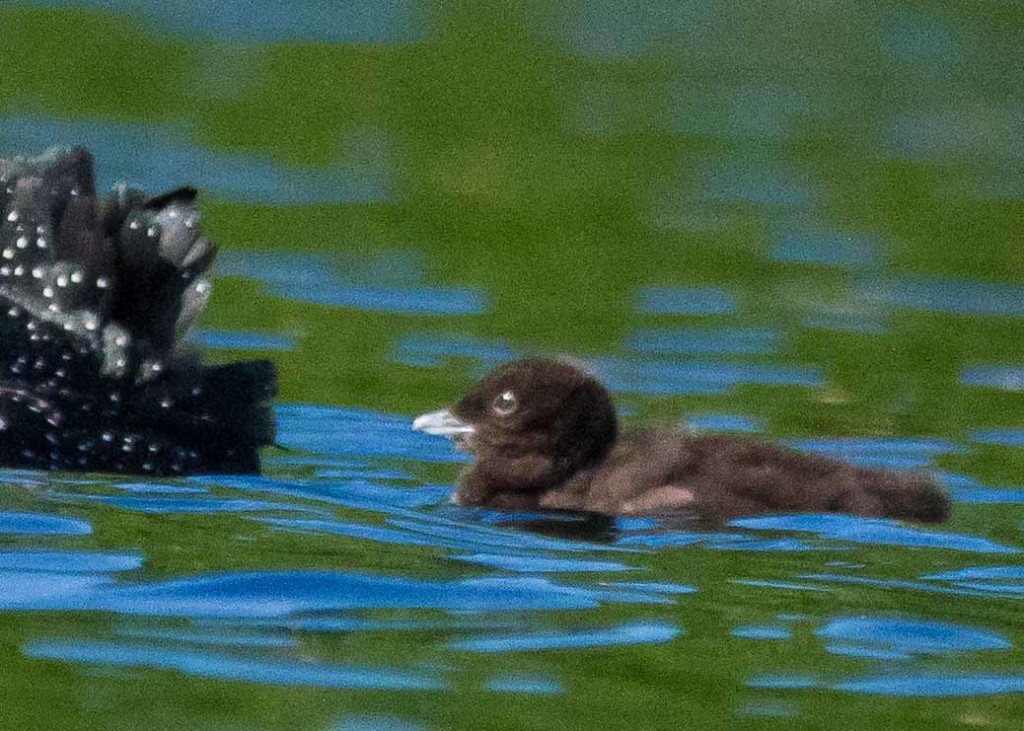 I feel very fortunate to have witnessed this chick’s short, but adorable life. I learned a lot about the interactions between chicks and adult loons. I also grew attached. Very attached. I wish I could have documented this chick through several weeks, until it flew to the coast for the winter months. But alas, it’s not meant to be.

I can always hope for next year.

This entry was posted in Hiking/Kayaking, Wildlife Sightings. Bookmark the permalink.