For the last two years, the loons on our lake have lost their eggs after sitting on them for weeks.  This year, they picked an amazing nesting spot, in the shadows and under a fallen branch. 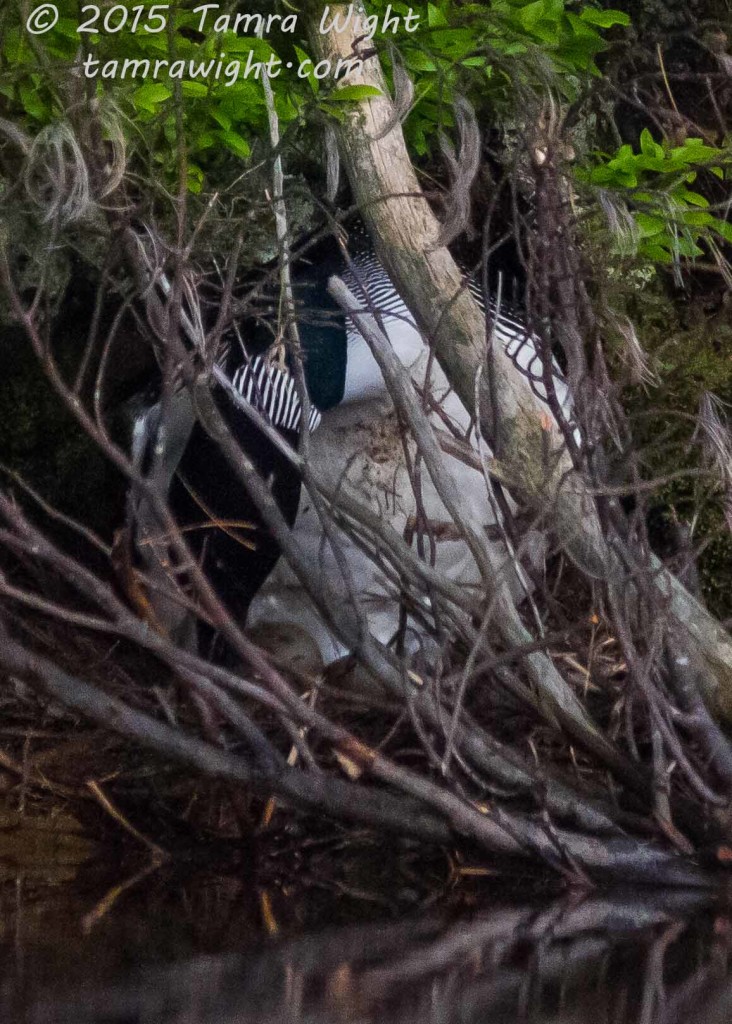 I’ve had my fingers crossed for weeks now!  Four to be exact.  And this weekend I got to witness the most beautiful thing I’ve ever seen.  A loon chick! 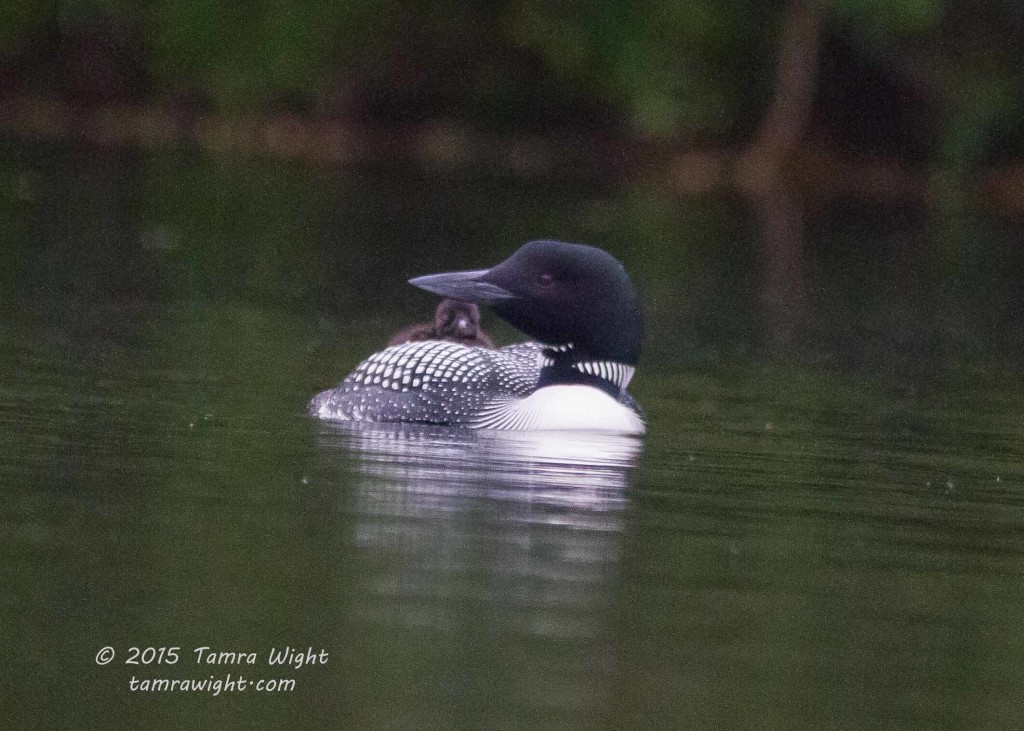 One of my lake neighbors told me the loons were off the nest, and had one chick in tow.  I  think I was afraid to believe it until I saw it with my own eyes. 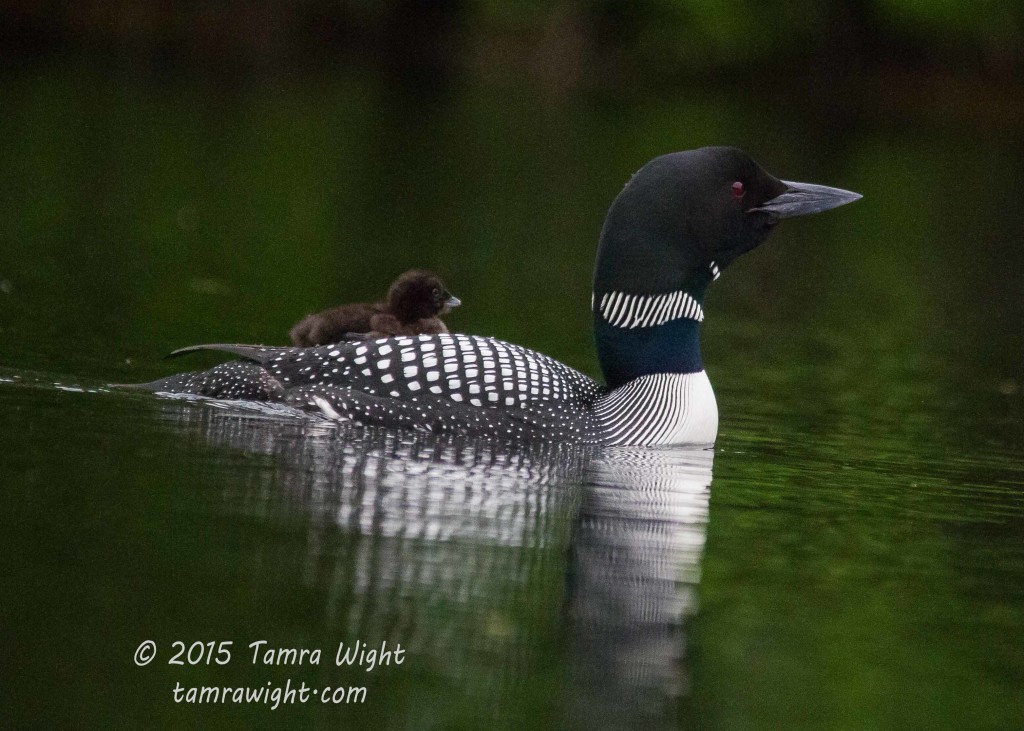 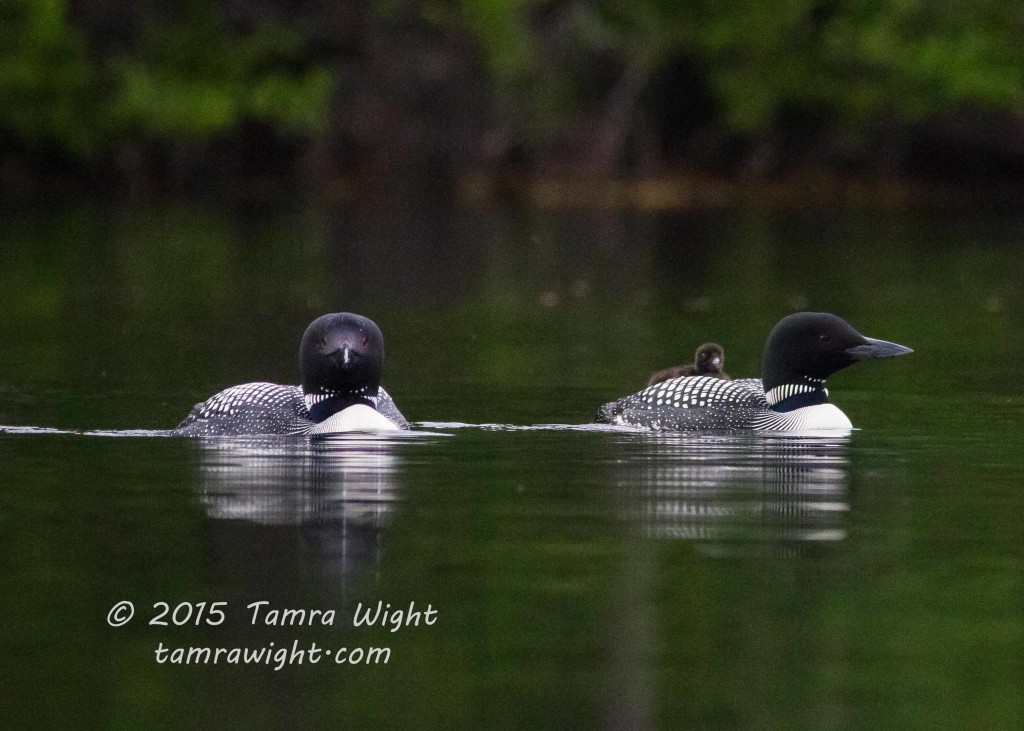 Now I’m crossing my fingers again for this little one to grow up.  Chicks can be prey to pike, snapping turtles, foxes and eagles. 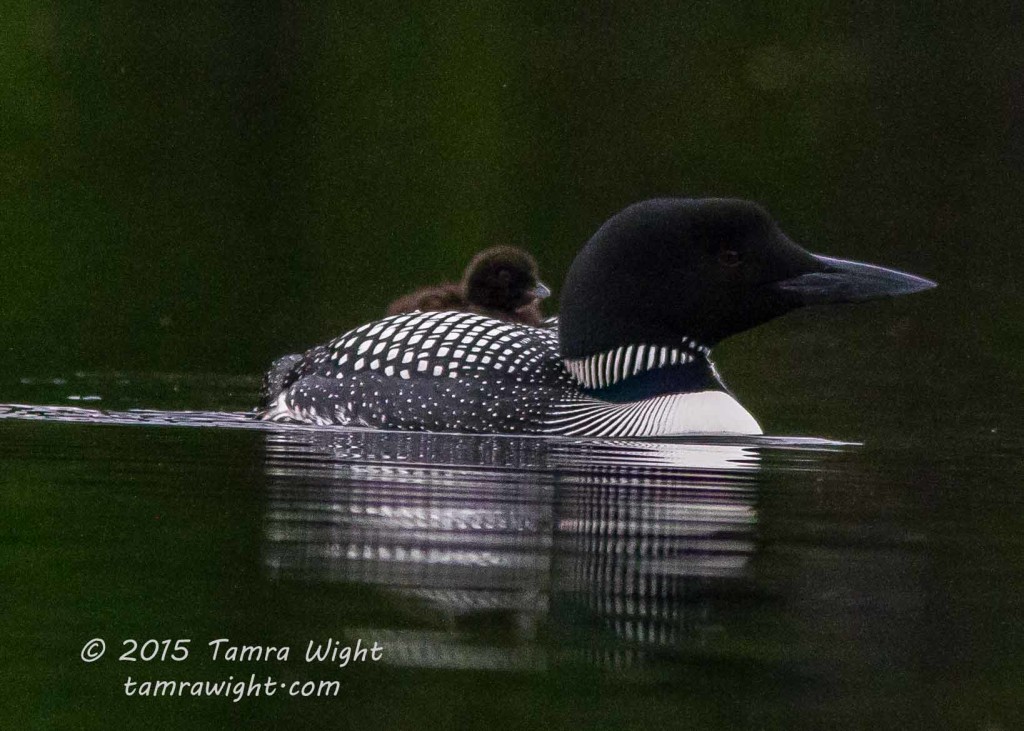 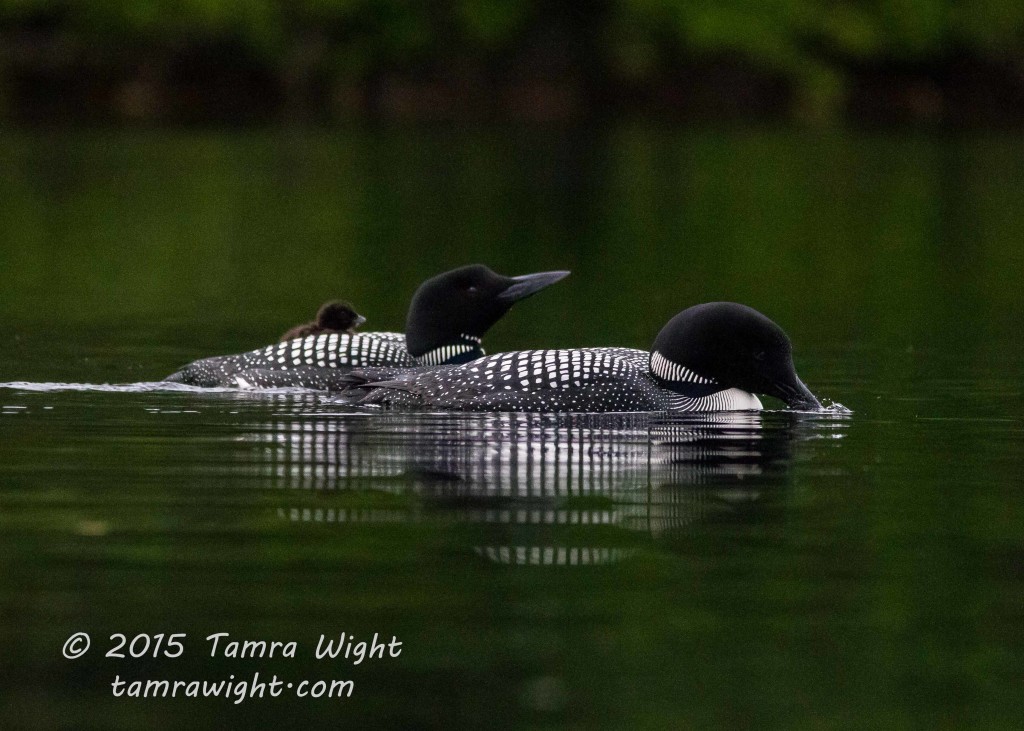 This pair was very protective, as they should be.  Whenever a boater came too close, they called out loud and long.  They do the same when the eagle flies overhead, too.  Giving them plenty of room, ensures they won’t panic and swim too far from their little one, leaving it unprotected.

The adult loons have only twelve weeks to teach the chicks all they know, before heading to the coast ahead of their little ones.   Chicks from the surrounding area will gather together before following a few weeks later. 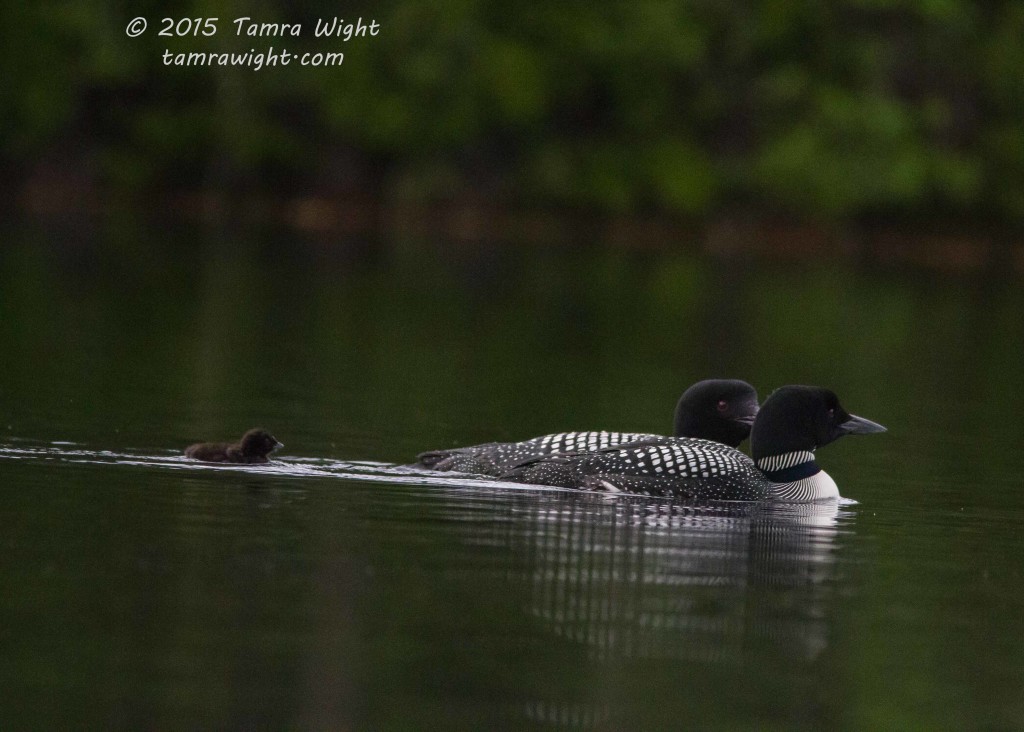 The chicks  blackish-brownish coloring really make them blend into the colors of the water. Boaters should take caution on the lakes, giving loons a wide berth in case they have a chick in tow.

I have tons more photos to go through, I’ll post some more very soon! I’m hopeful my shots of them feeding are crisp and clear enough to catch the chick gobbling tiny fish.

This entry was posted in Hiking/Kayaking, Wildlife Sightings and tagged birding, Cooper and Packrat, loons, Wildlife. Bookmark the permalink.