Eagles On the Run!

I’ve often seen birds harass the eagles, driving them from trees and even away from their own eaglets.

But on Friday, I managed to catch a series of photos of it!

I was watching the eaglets , and talking with one of our campers when the eagle swooped into view.  It was being chased by small birds who were screaming their frustration.

By the time I’d unpacked my camera, the eagle landed with its eaglets. I’m not sure if it had something for them to eat or not. Regardless, the little, tenacious birds kept swooping and pecking like pesky mosquitoes until the eagle took to the skies again, its tiny bullies in hot pursuit. 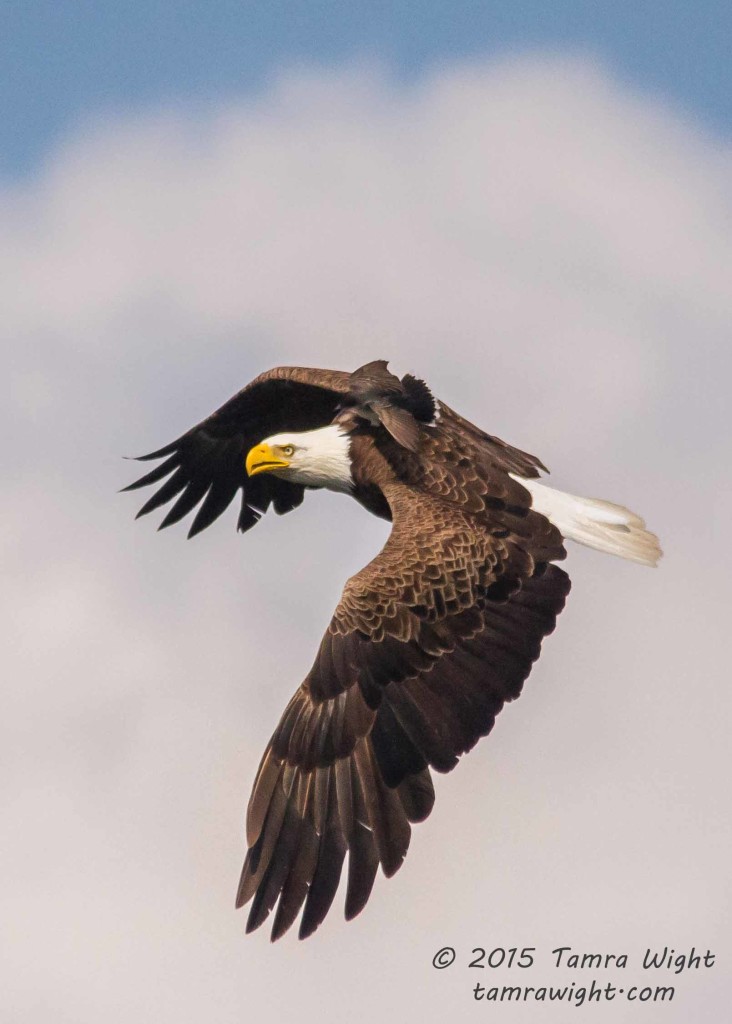 I was quite a ways from all the action, but when I zoom in on my photos, it almost looks as if the smaller bird has landed on the poor eagle’s head! 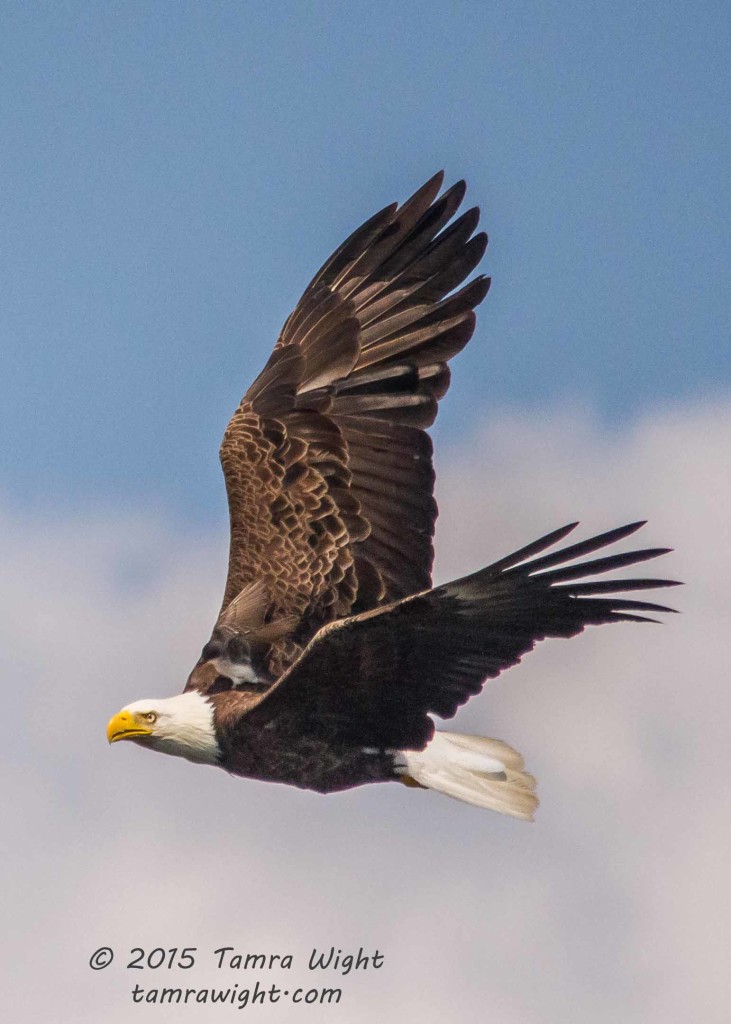 And then pecks at it! 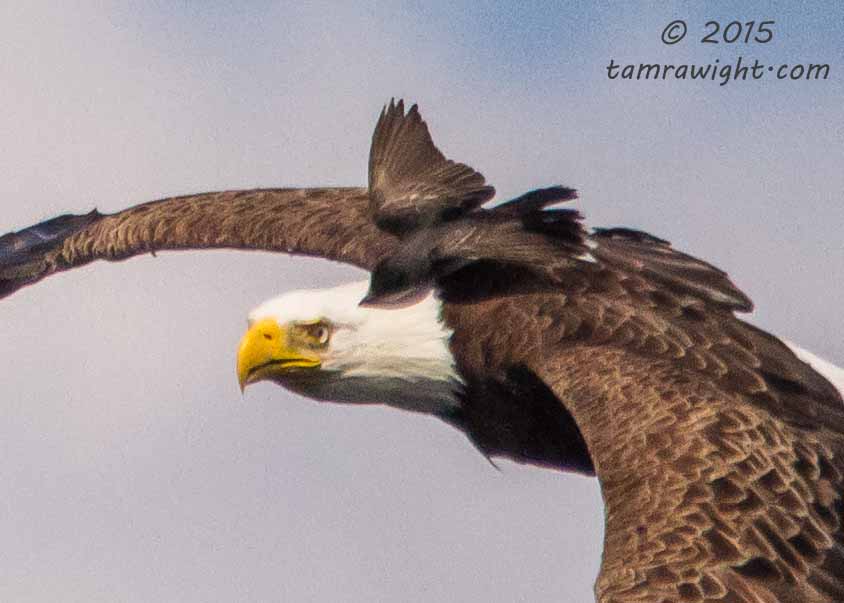 A second bird took to the chase. At first I thought it was a Downy or Hairy Woodpecker.  But then I realized the red on the little bird’s head was a color glitch from my shooting pics into the sun.  The little birds are Kingbirds and they have a nest on the eagle’s island. 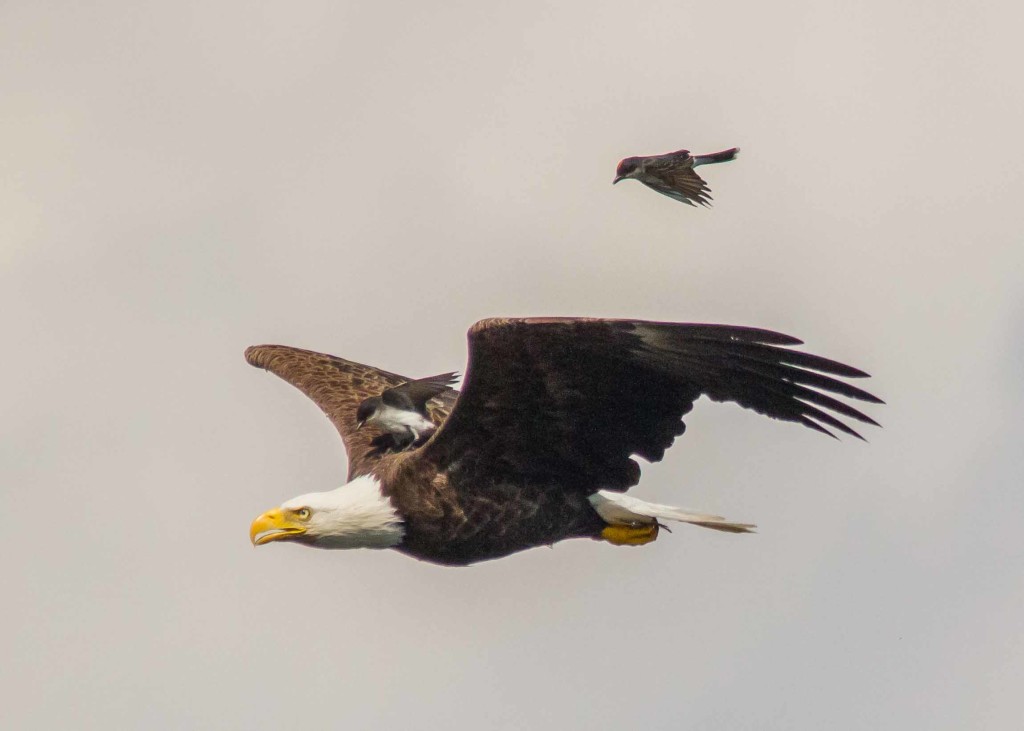 It seems like they’re awfully protective of their nesting site.

That poor eagle!  It swooped.  It dove.  It did every move it could to shake the pesky, determined pair. 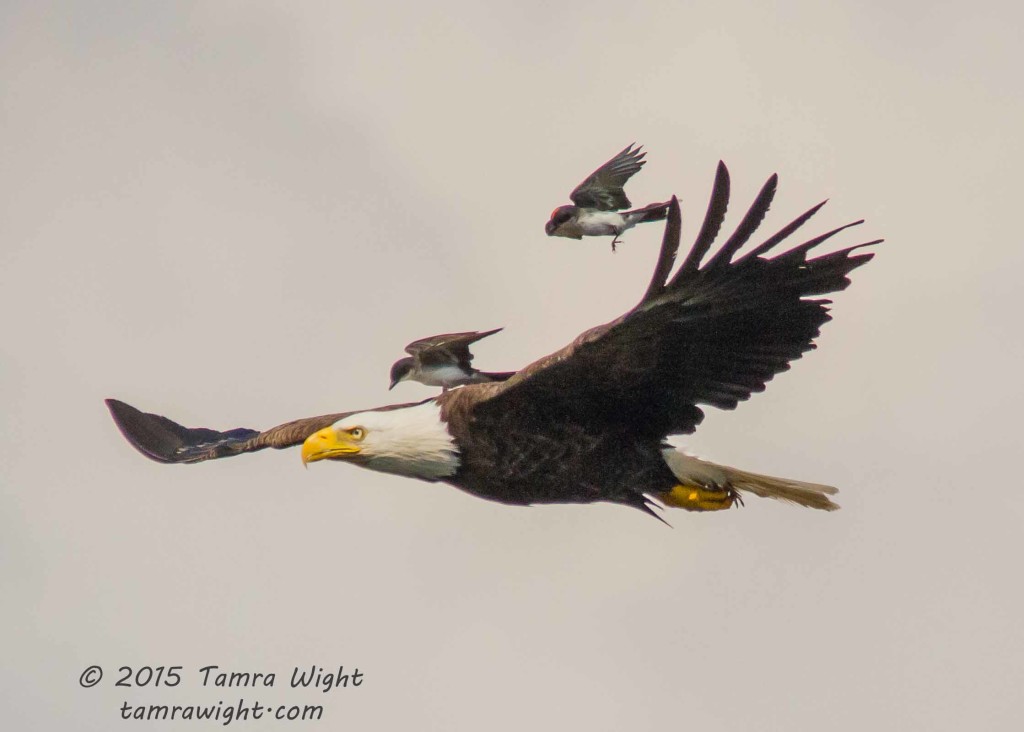 This is the last shot I caught, before the three of them went around the corner and out of sight.  I’m sure that eagle ended up with quite a headache! 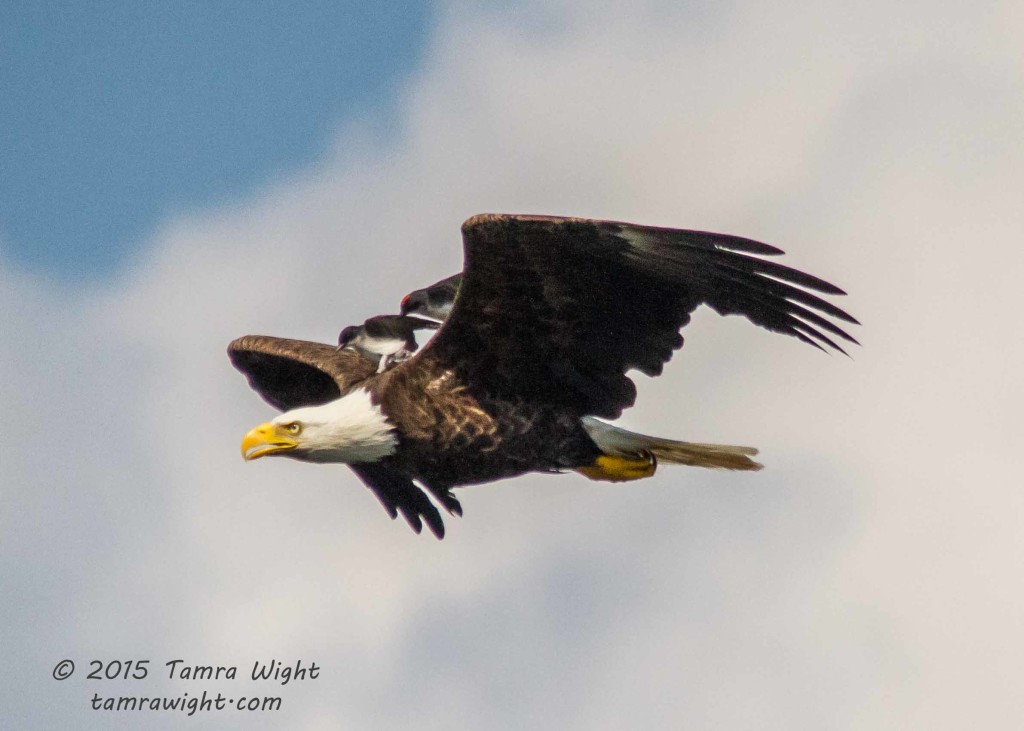 2 Responses to Eagles On the Run!