How do I know? 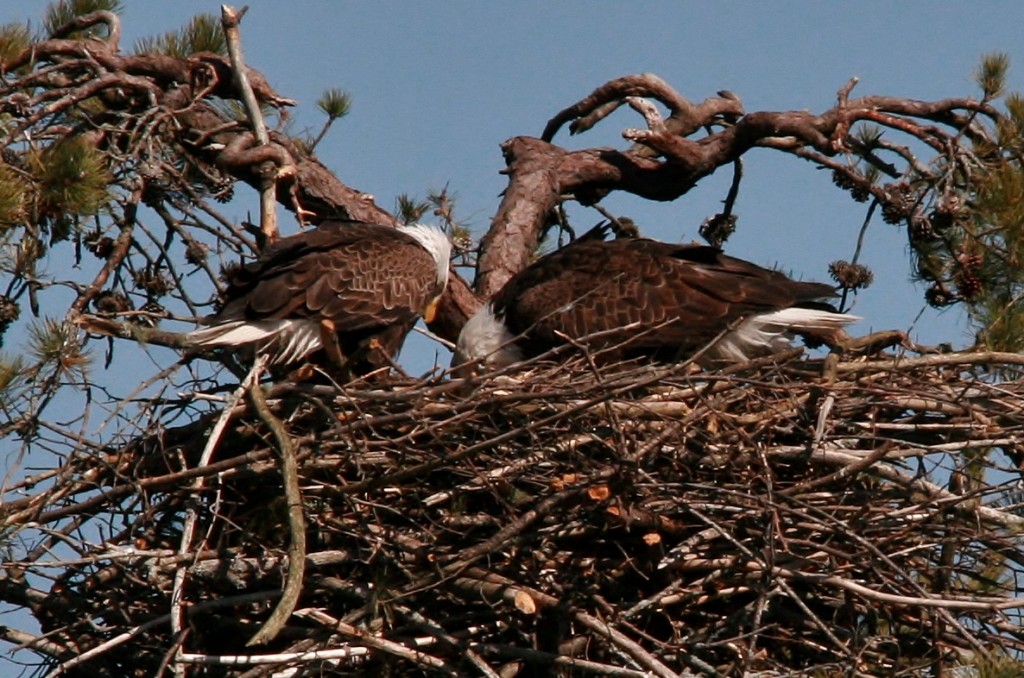 Nothing says ‘babies are in the nest’, like a pair of doting parents.  I just happened to catch one of the adults wing into the aerie with a fish in its talons.  After dropping supper into the nest, the parents fed their little ones. 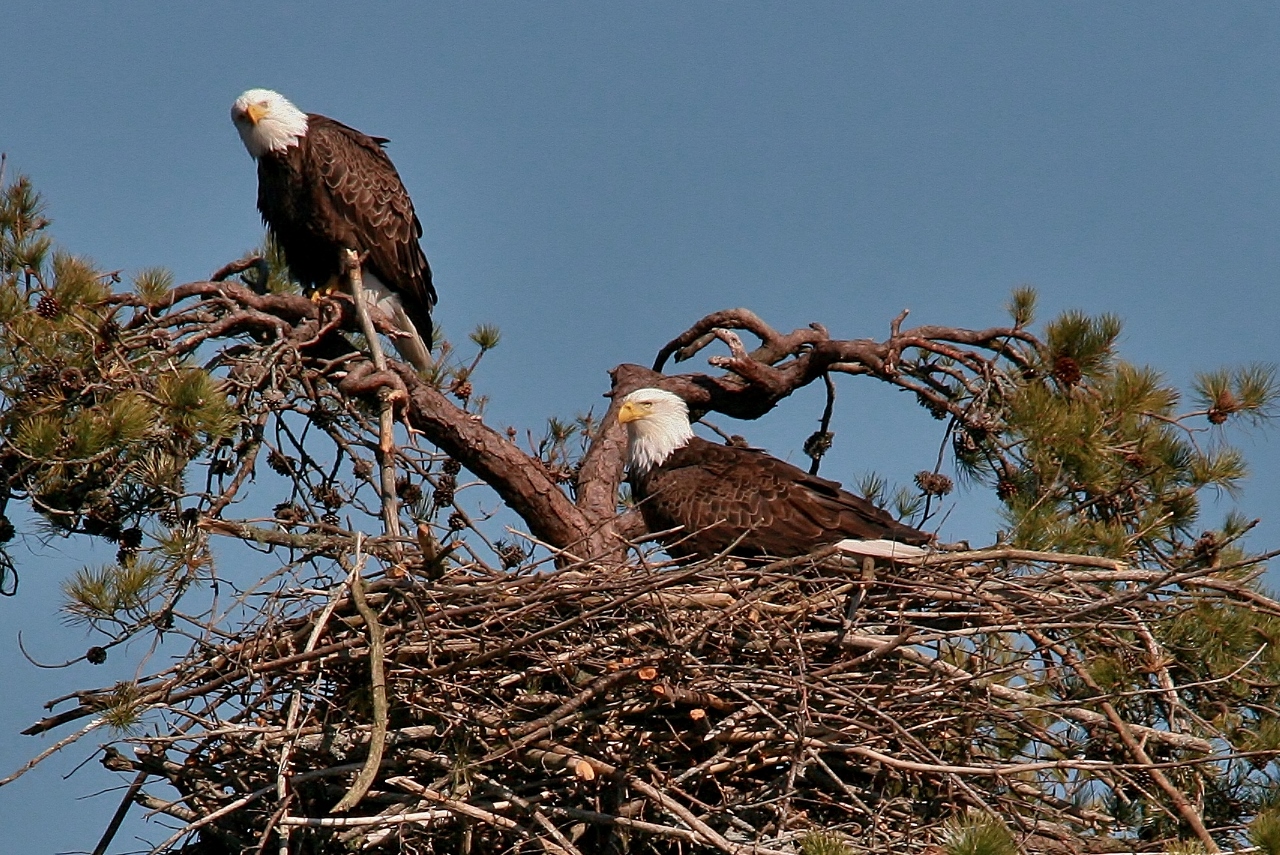 It’ll be another week or two before we’ll see the eaglets as they aren’t yet strong enough to  hold their heads and bodies up to peek over the side.  The nest is much deeper than it looks. 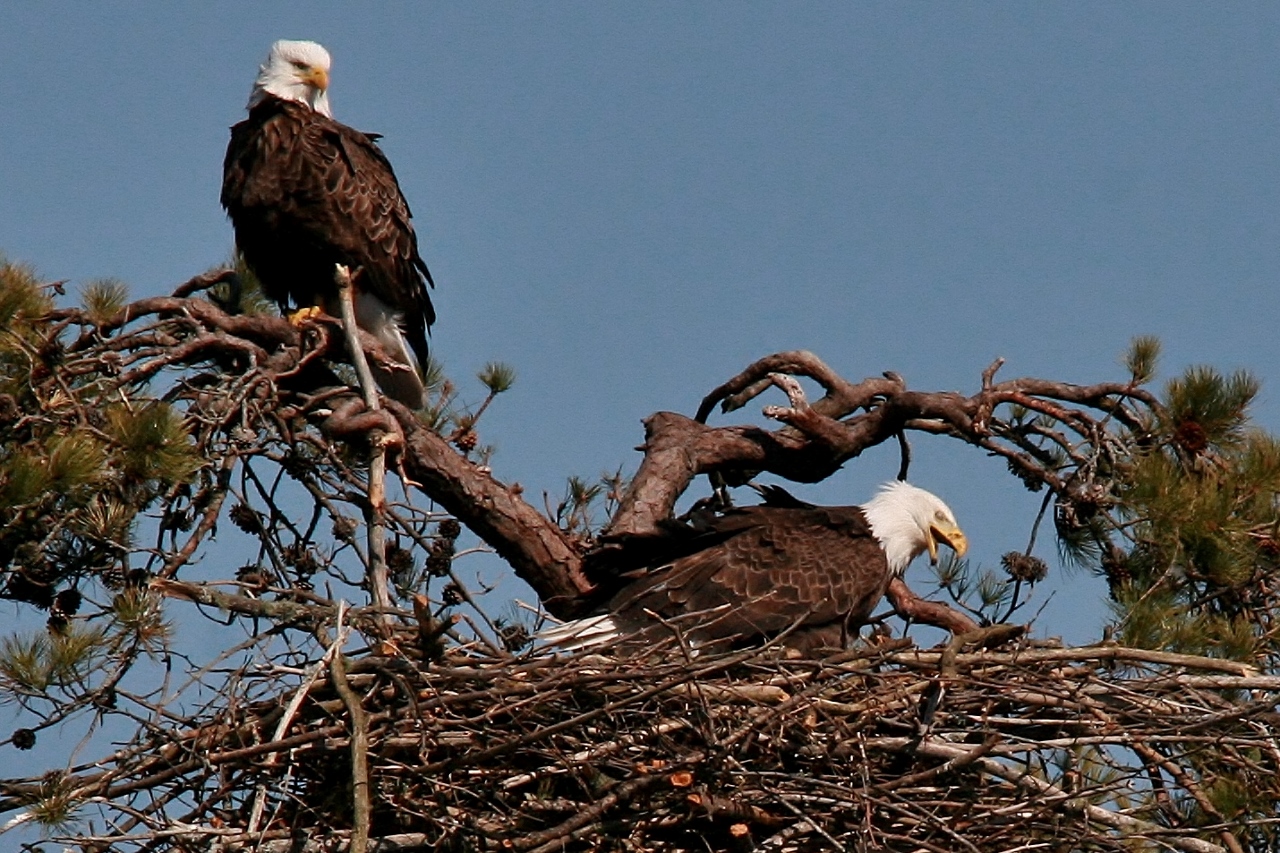 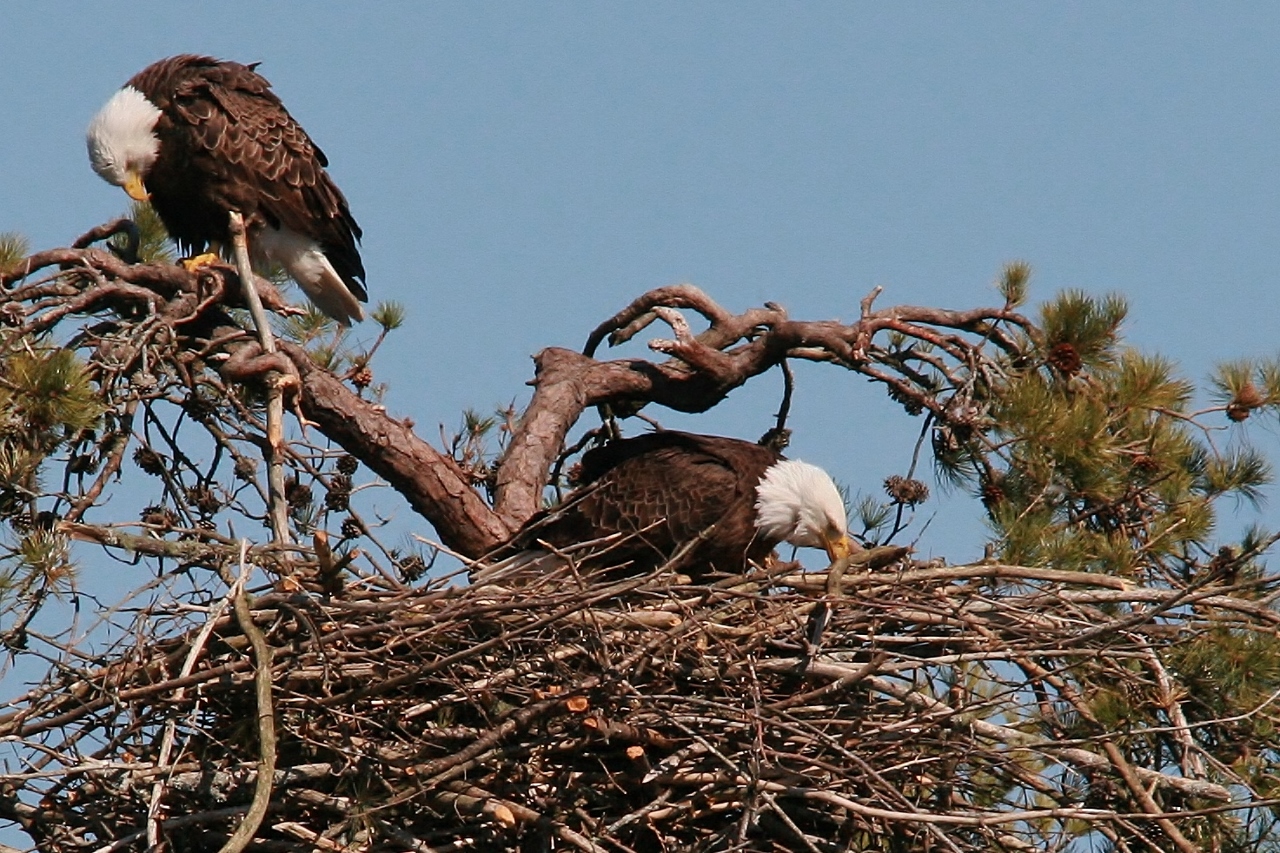 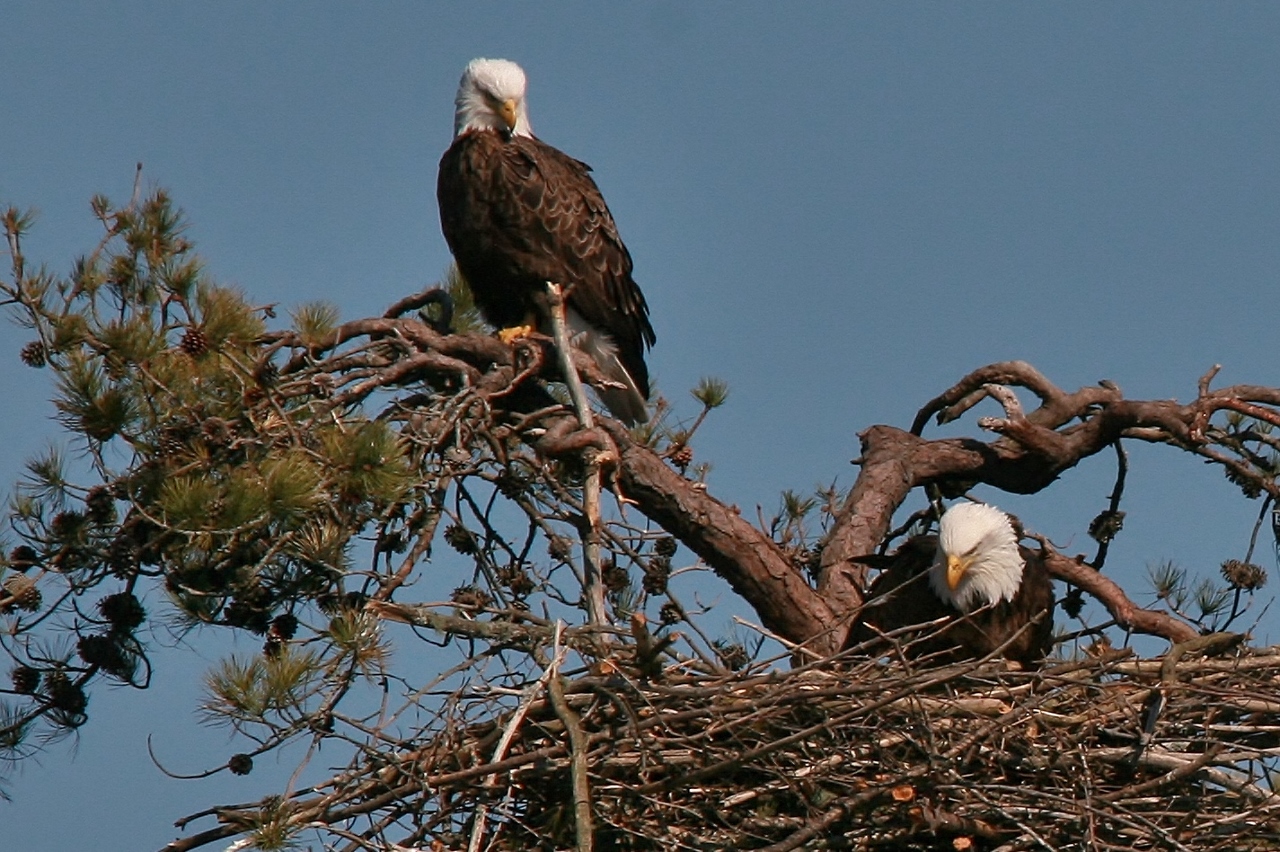 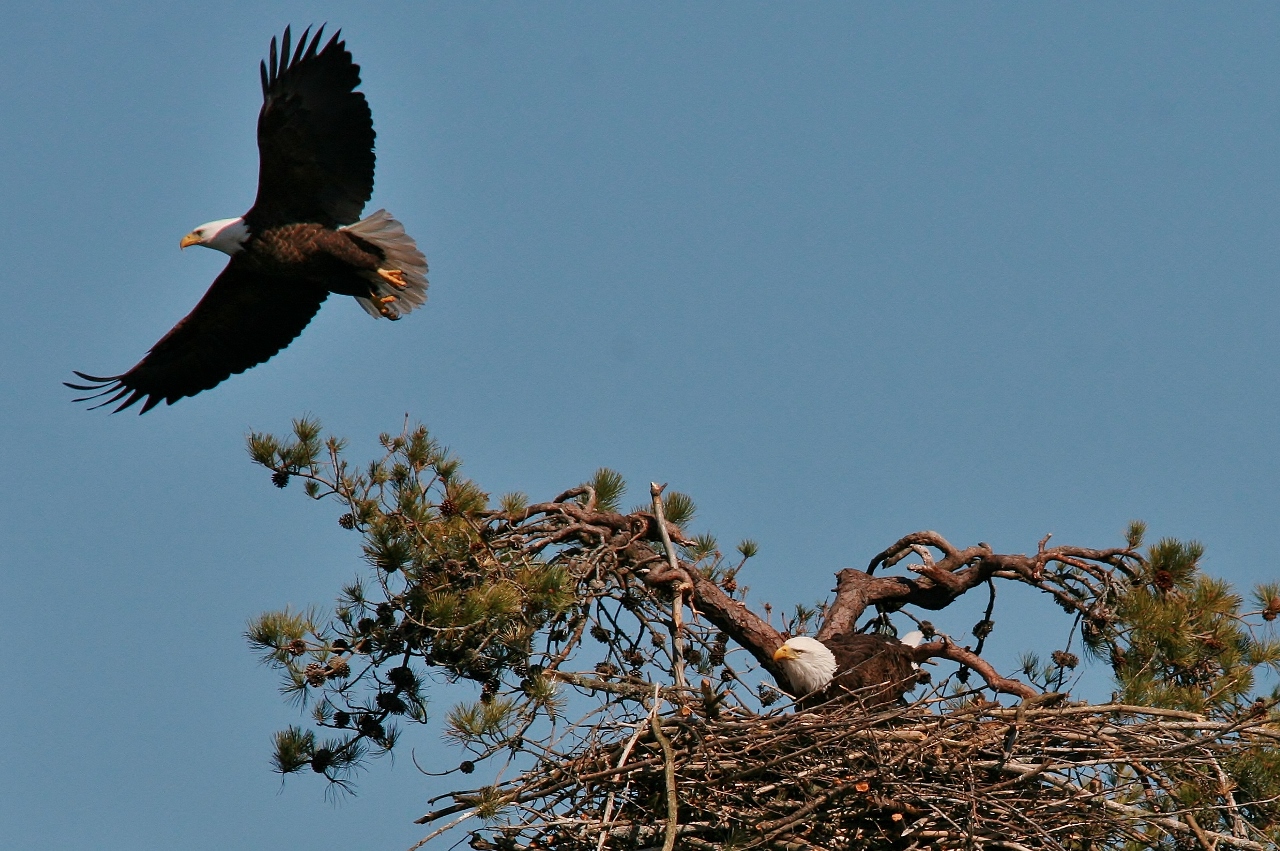 In the last ten years, they’ve had two surviving eaglets for all but three of them.  Two of those, yielded one eaglet.

Last year though . . . last year was our banner year.  It was the year of the triplets. And all three survived!  (click the eagle tag on the right to see photos)

1 Response to We Have Eaglets!