Late yesterday afternoon the sun peeked out of the clouds, just before the it dipped below the treetops.  I waffled on taking a walk with the camera.  It was getting dark.  It was chilly.  I had things I should be doing.

But I went.  Because I hadn’t taken a walk in like, forever.

And I discovered something new . . . 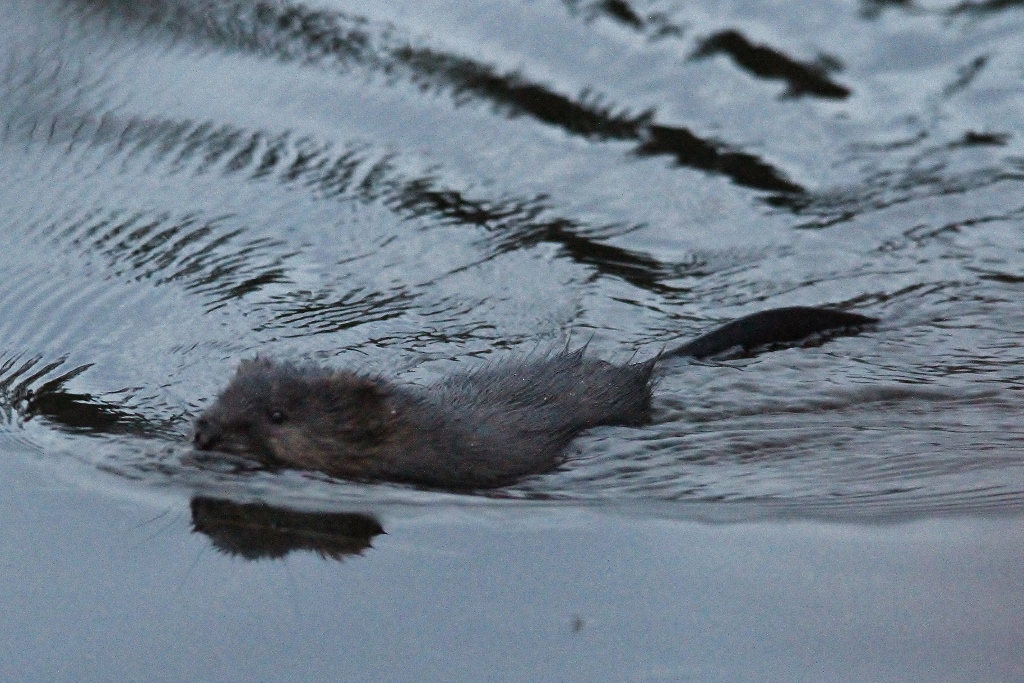 I was standing still, very still, watching a pair of robins feasting on fall berries, when I heard the sound of water moving, as if something was swimming. I tiptoed between the crunchy leaves until I had a clear view through the bushes to the lake and gasped.

I’d found muskrat’s getting their den ready for winter.  Right. Off. Shore.

I watched the pair for forty minutes or more, swimming out into the lake a few feet, then coming back to the hut to drop things on top of it. 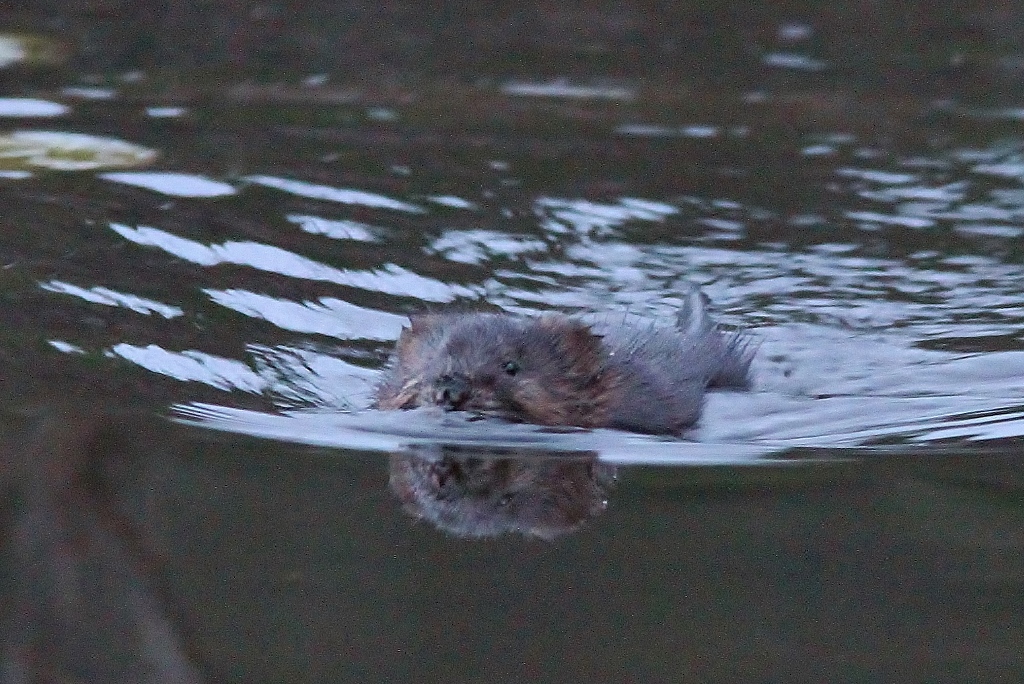 I wish the light had been better. 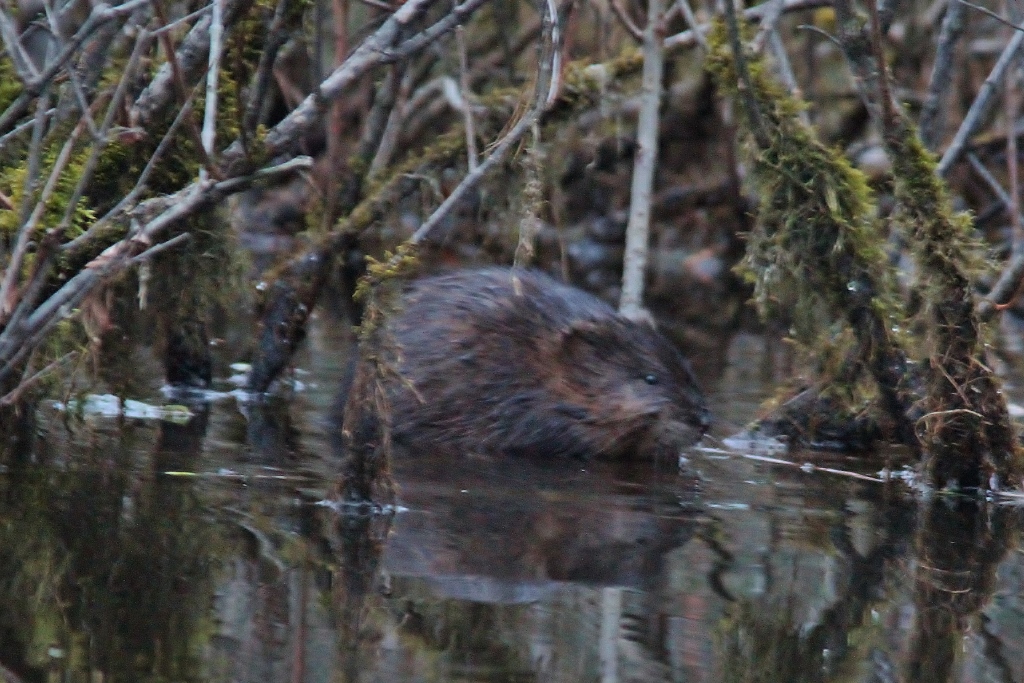 There were two of them, Muskrat Susie and Muskrat Sam perhaps?  (Okay, that dates me just a little bit) 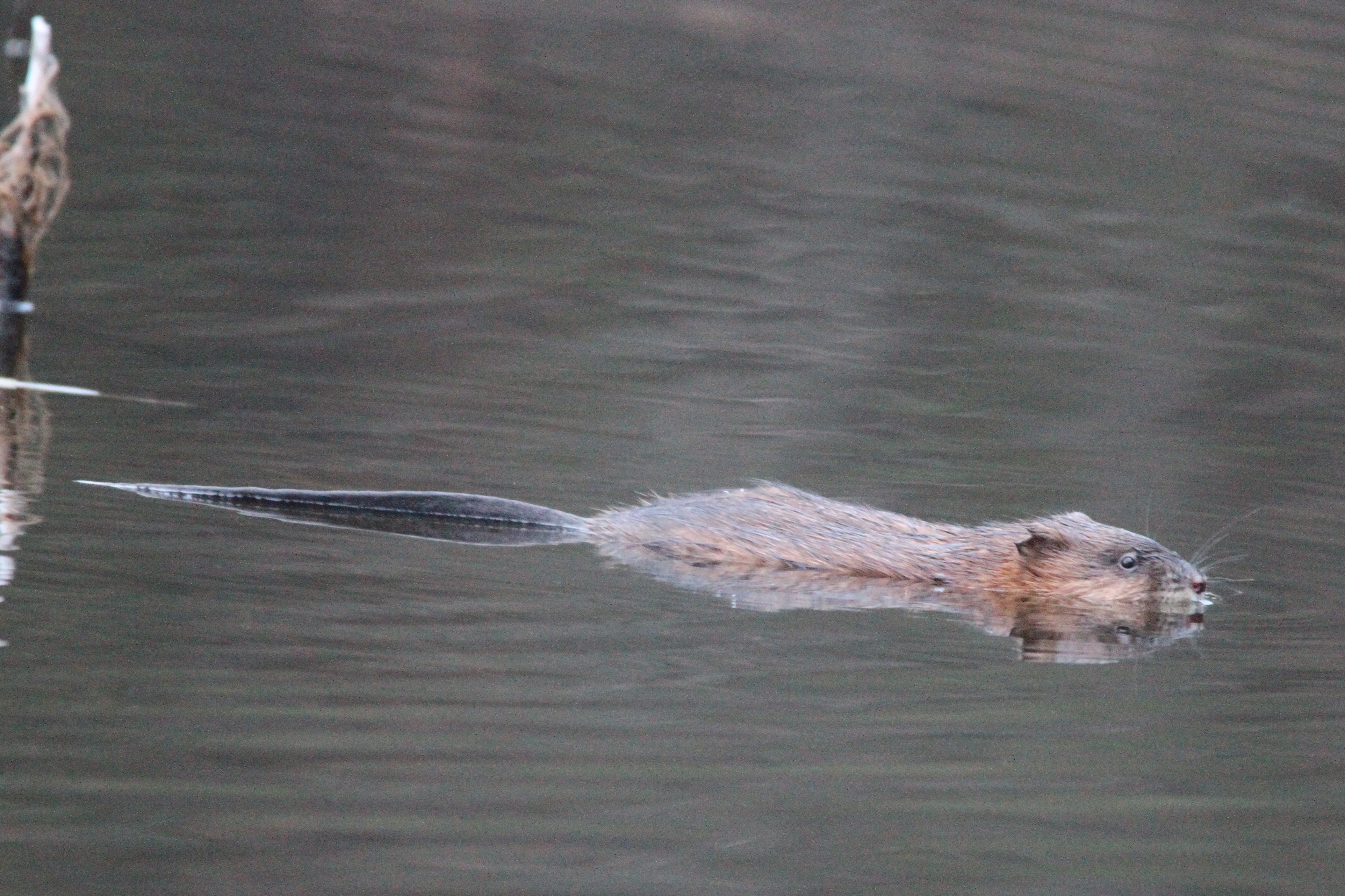 You can bet I’ll be going lakeside again tomorrow. This time, I’ll go a little earlier AND bring my monopod to stabilize the camera in low light. 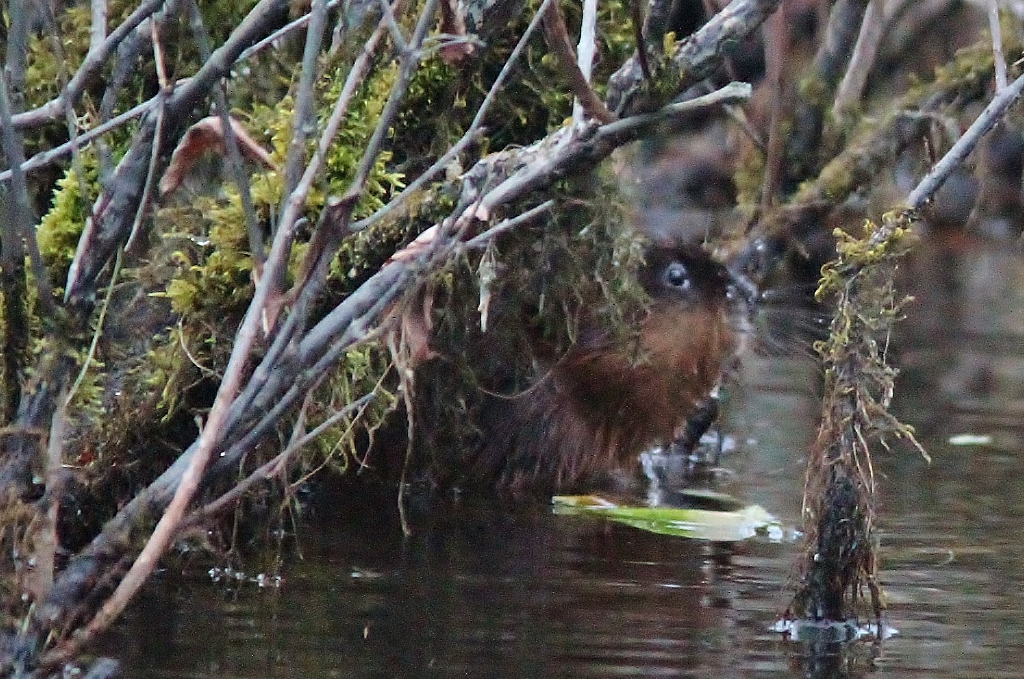 I want to catch some sharp clear pictures of these two before they winter up.

And since I’m about to embark on Cooper’s third adventure, the research wouldn’t hurt either.