Eagles Caught in the Act

On the way home, I saw an eagle soaring over the treetops.  So I took my camera and trudged down to the lake. (on a side note, I’m so ready for spring, I couldn’t bear to put the snowshoes on) 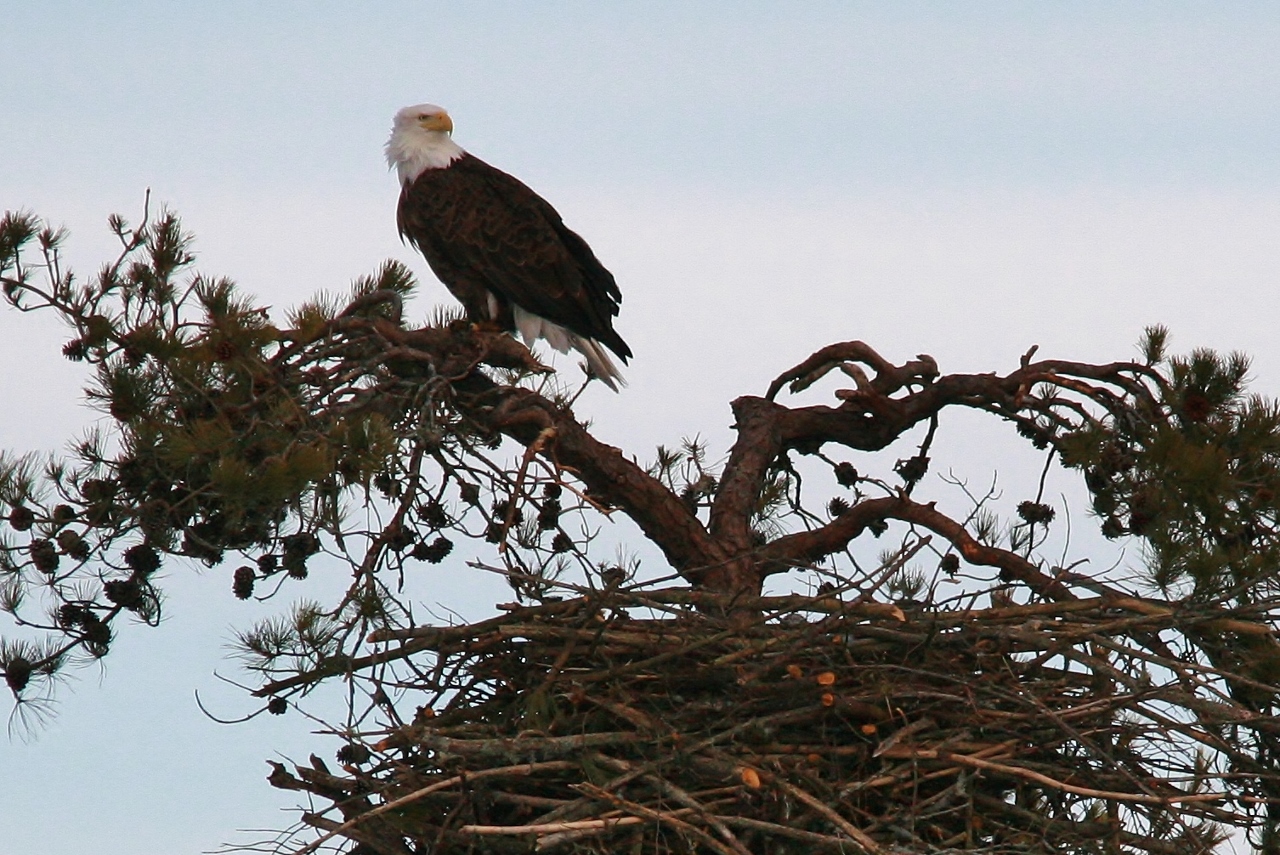 Finally!  I thought to myself as I took shot after shot of him, surveying his kingdom.

The wind was so strong down on the point, I stood behind a tree to keep it from pushing me around. 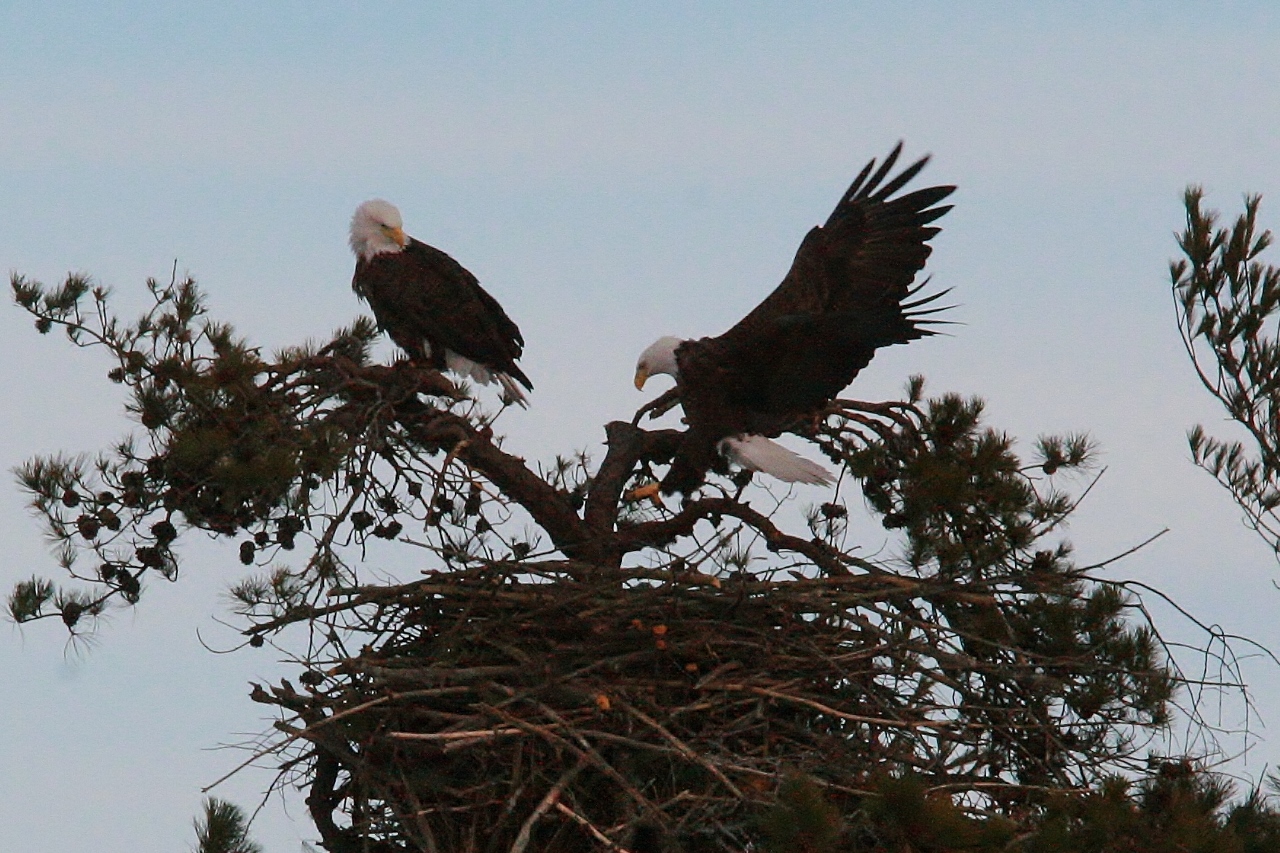 Which I learned later was the male. 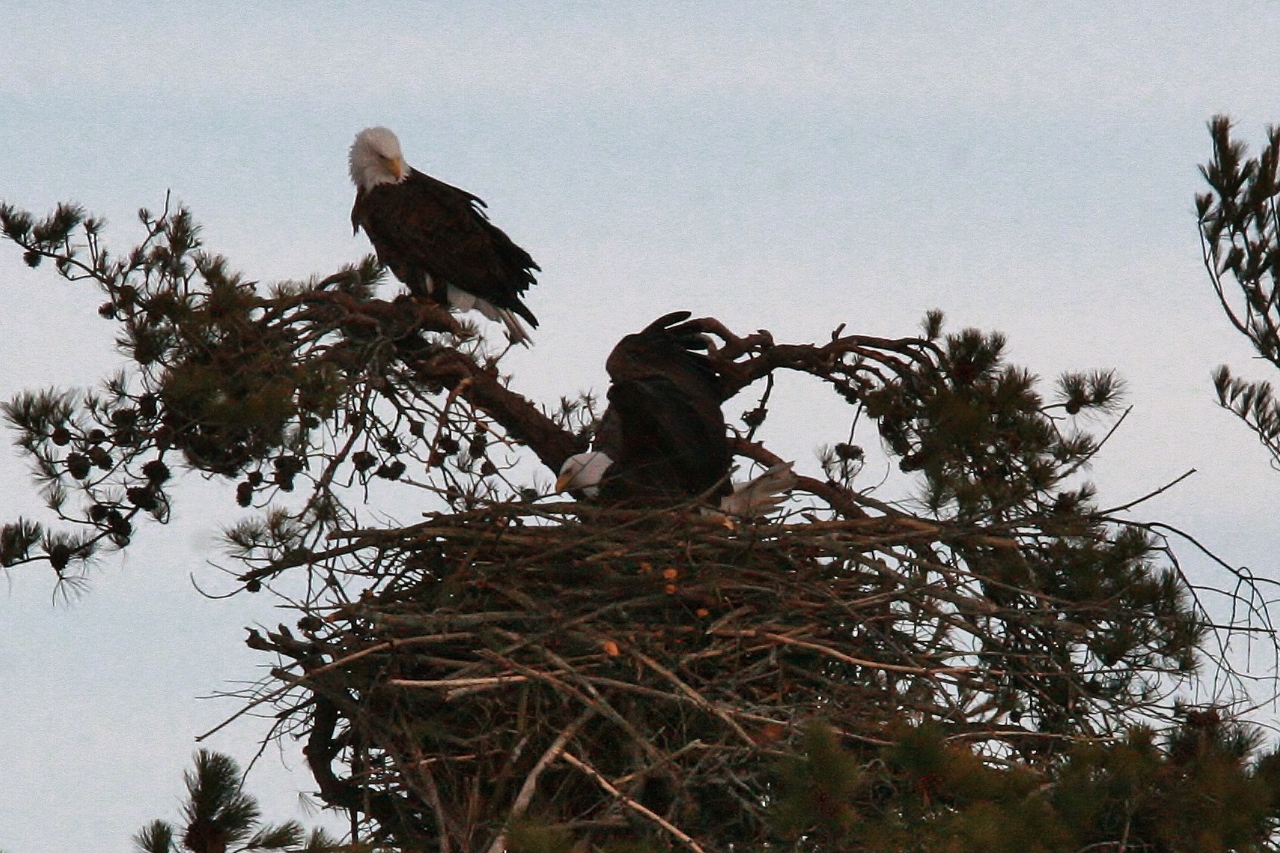 He fluffed the nest for awhile as the female looked on.  Imagine that!  A man who cleans! 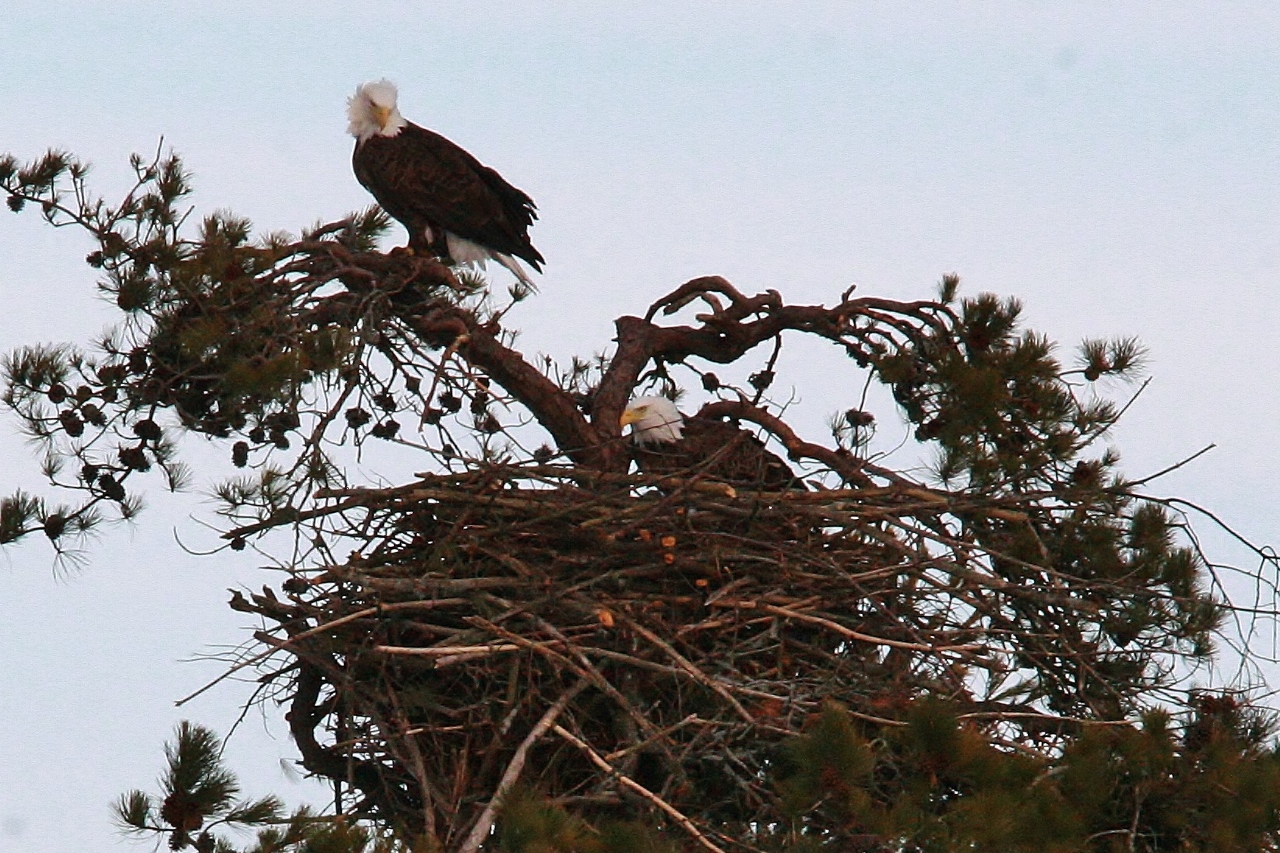 And then he made his move. 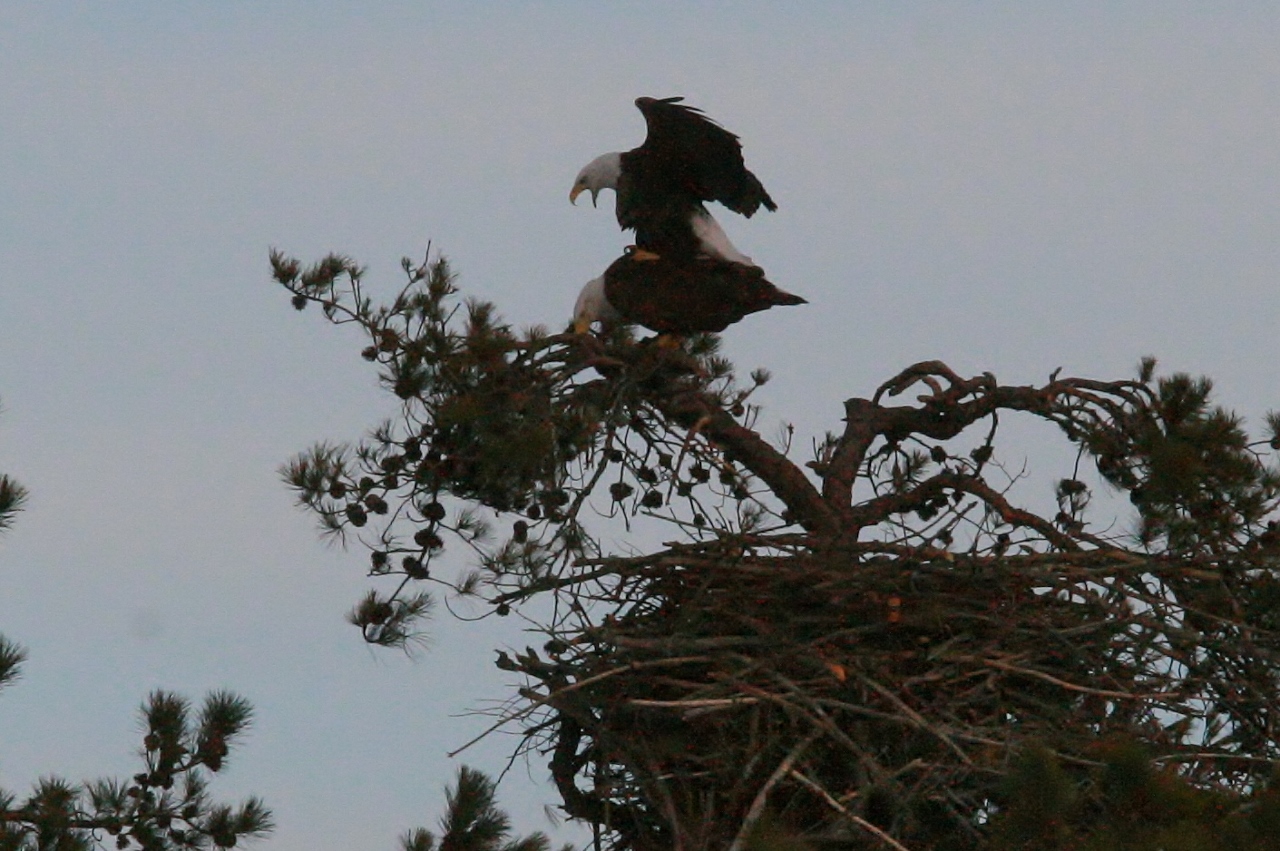 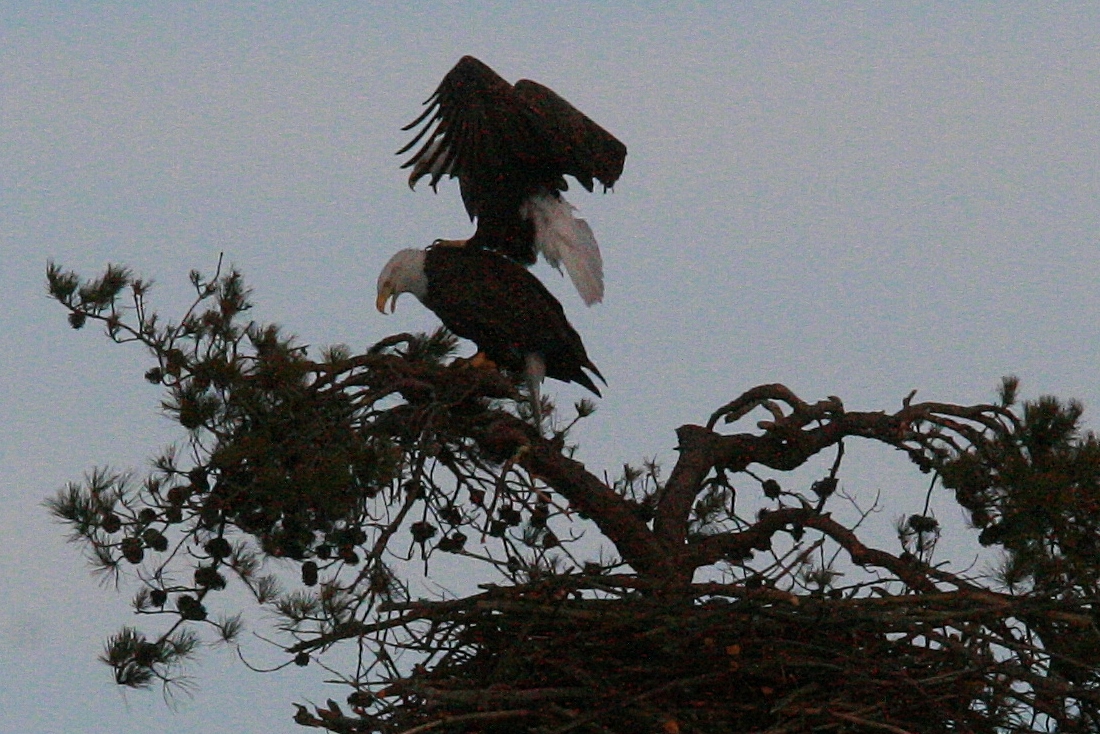 (This is where we fade to black to let them have their privacy . . . )

I sure wish it had been a sunnier day. And I’d used a lower ISO.   The pictures would have been much clearer for cropping.  But still, I’m glad I can pinpoint the day they mated.

Because I now know it will be 5 to 10 days until they lay their eggs. 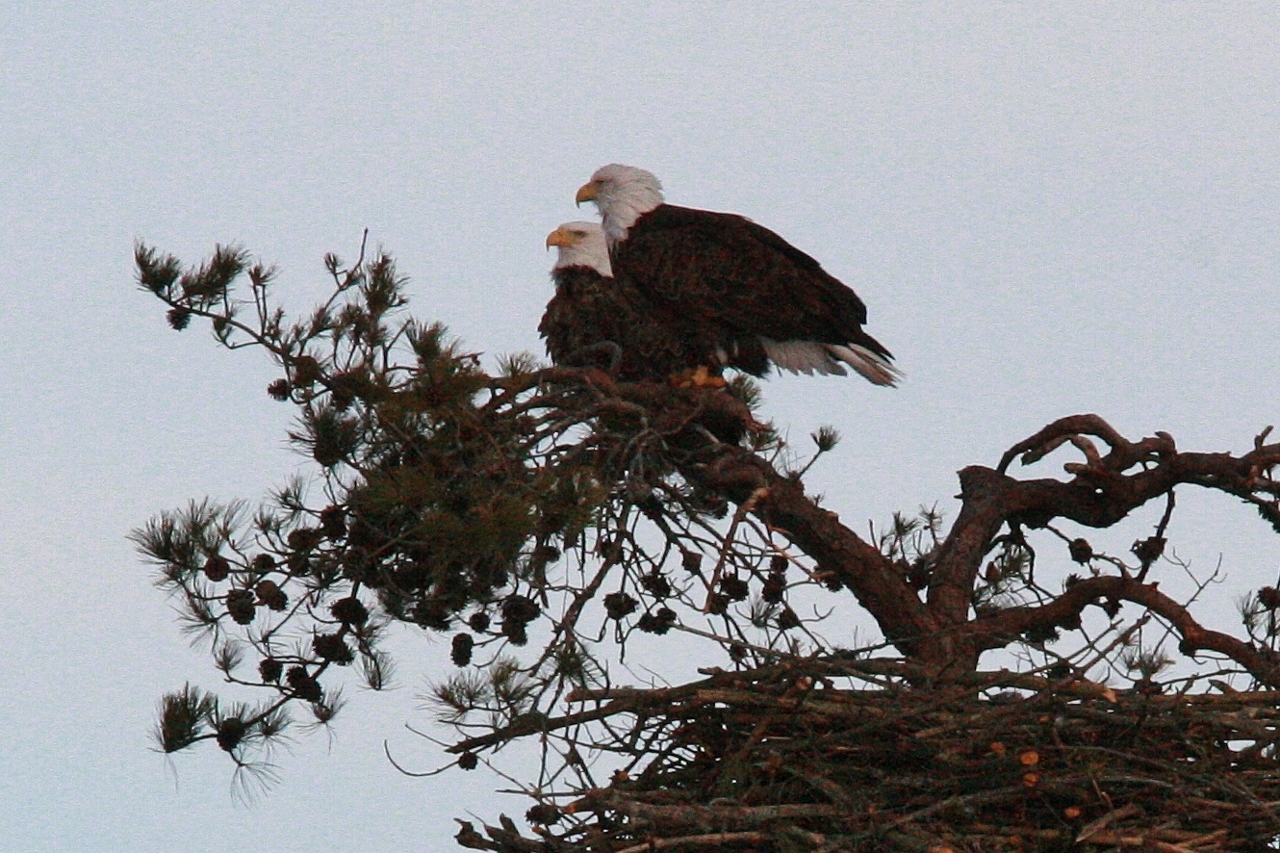 And 35 days or so later that the eaglets will be born. 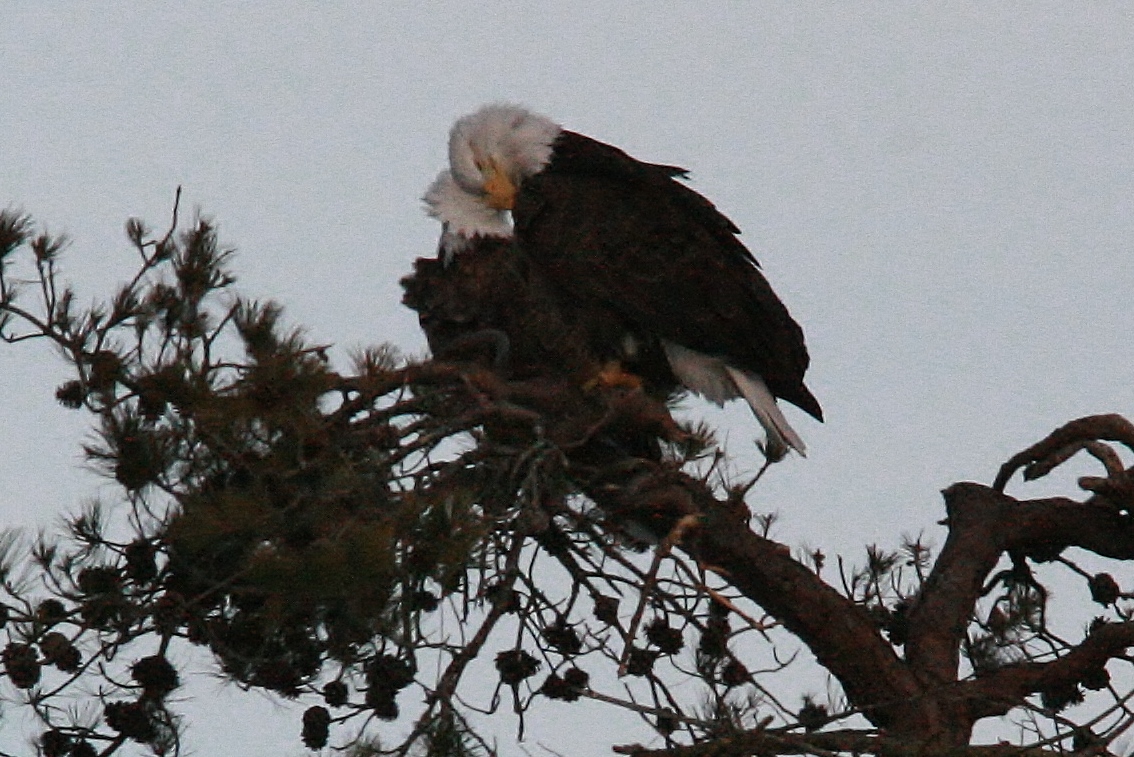 Which means we’ll see their little gray heads bobbing up and down in the nest early May! 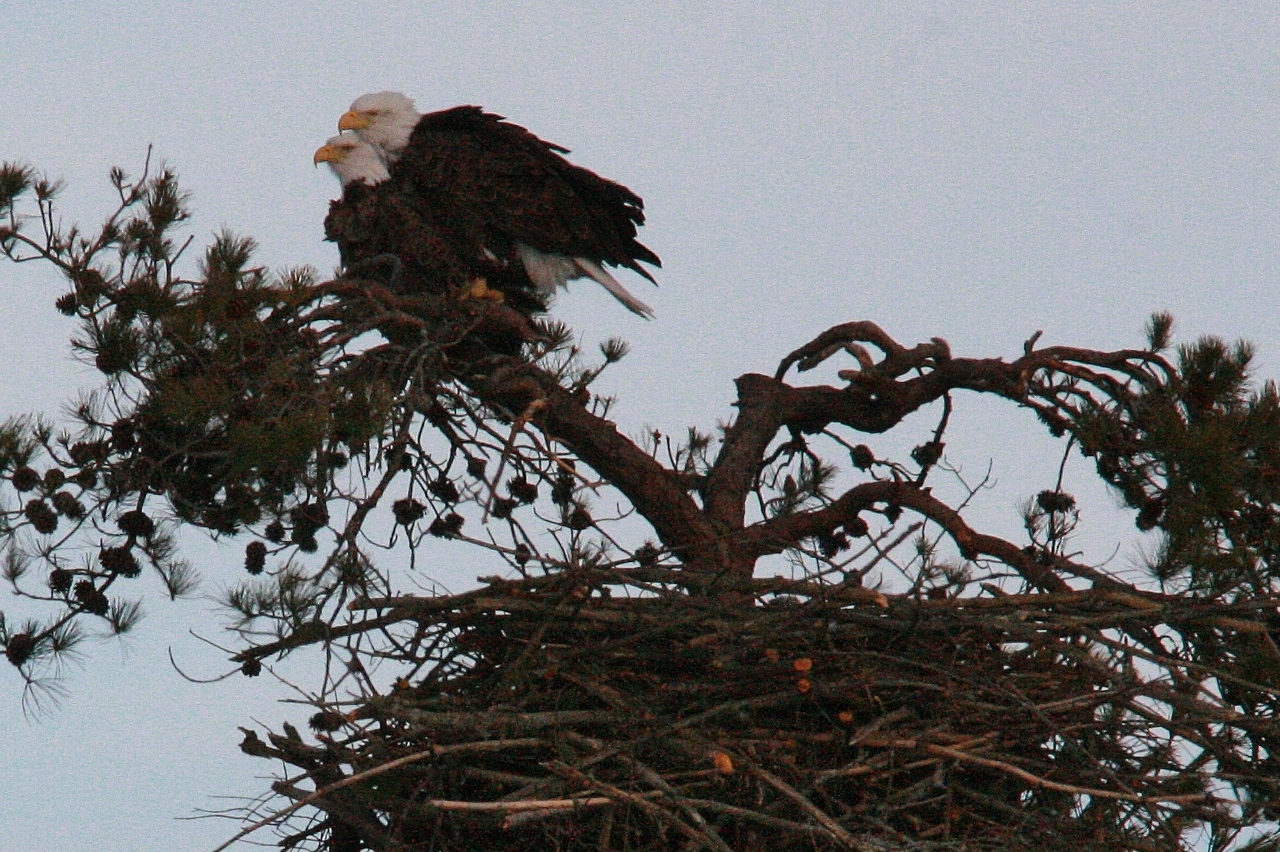 This entry was posted in Wildlife Sightings and tagged eagles. Bookmark the permalink.

5 Responses to Eagles Caught in the Act