Cormorant’s Eyes Bigger Than Its Stomach?

Over February vacation, I flew down to join my husband and kids on Sanibel Island.  We’ve been visiting my in-laws there for twenty years now, and it’s one of my favorite places on Earth, mostly because it’s one big Wildlife Refuge.

In other words, it’s a photographer-/-nature-lovers paradise!

I shipped my camera and lenses ahead of me. I missed them for a few days in Maine, so when I arrived in Sanibel, I unpacked it lovingly. I ended up snapping so many photos in the six days I traveled the island, that I’m surprised my laptop isn’t bulging at the seams.  I’m trying really hard to cut some photos from the files, but it’s so

One afternoon, the kids and I decided we didn’t have time to bike or drive (traffic was sooo backed up) to one of my favorite and more remote beaches, so we opted to bike to the beach three blocks away.  It also happens to be a much busier, human-type beach.  I hemmed and hawed over bringing my camera because I didn’t hold out much hope of seeing wildlife in amongst a sea of human-life.

Finally deciding I’d forever regret it if the dolphins decided to glide past, I brought it.  Sitting on my towel, I gazed out over the blue water.  Pelicans soared by every few minutes- 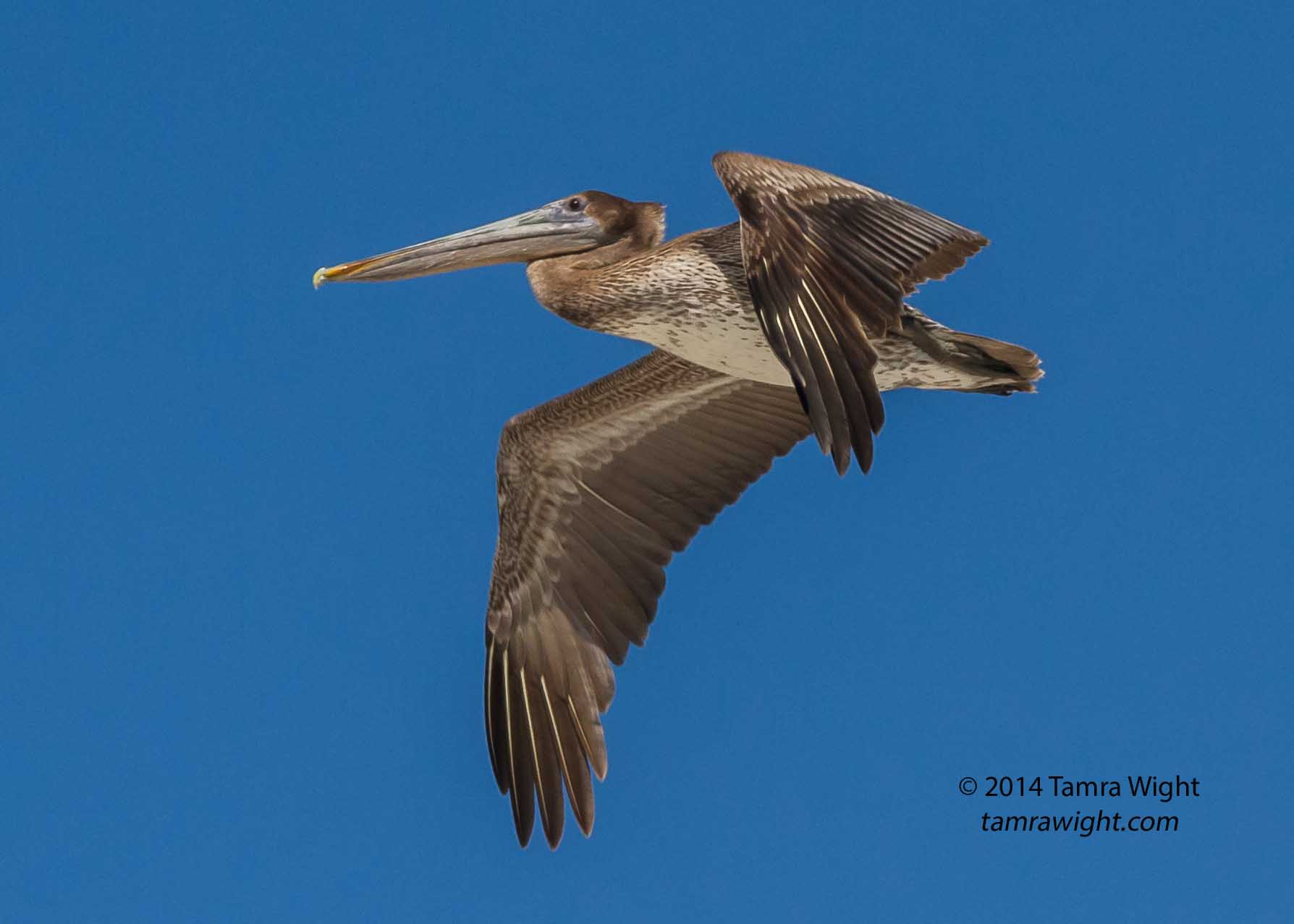 as seagulls circled overhead looking for left over crackers, sandwiches; pretty much anything they could get their beaks on. Like this one who stole an apple core from the family next to me. 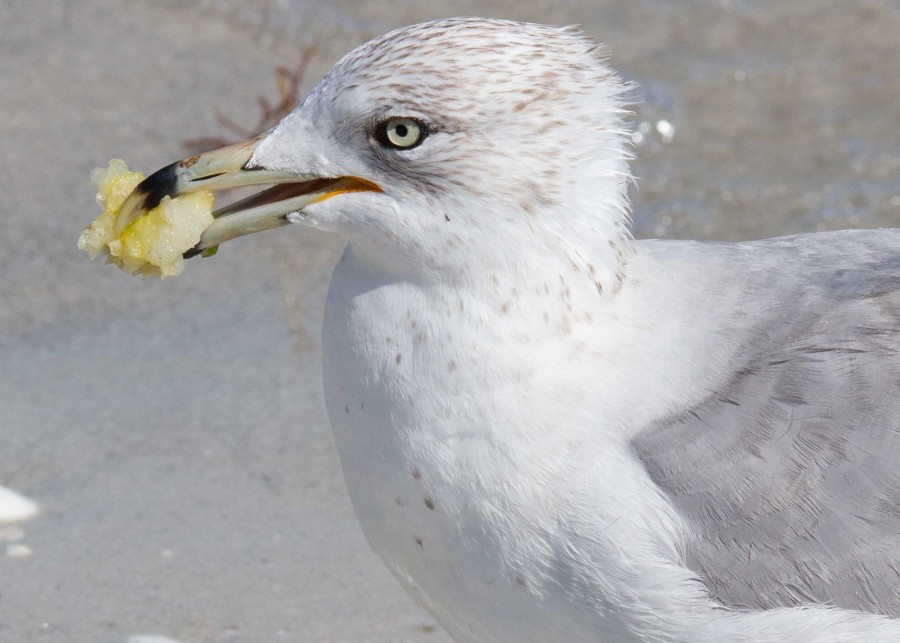 Suddenly, I saw something shiny in the distance.  It twinkled.  It sparkled. Once Twice.

I walked to the water’s edge, adjusting my lens as I went until I could see –

A cormorant had caught lunch! 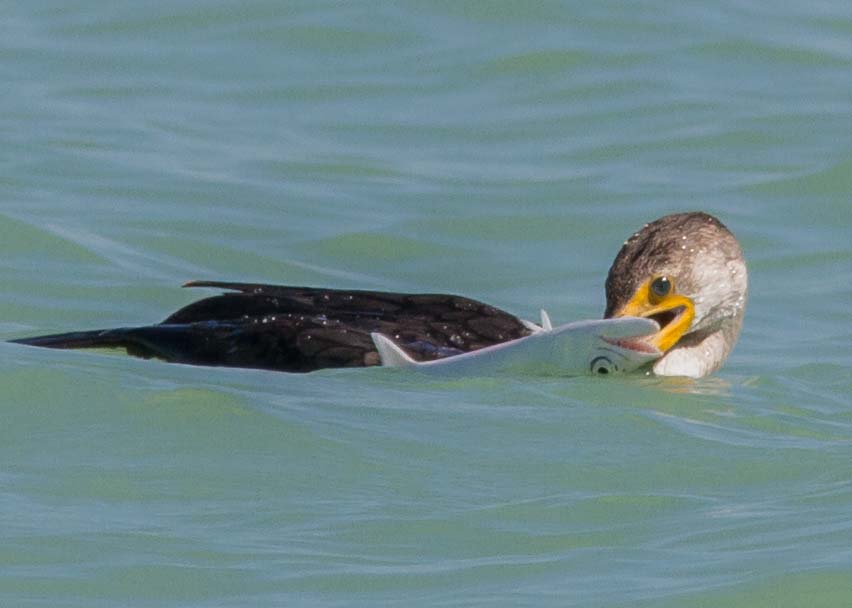 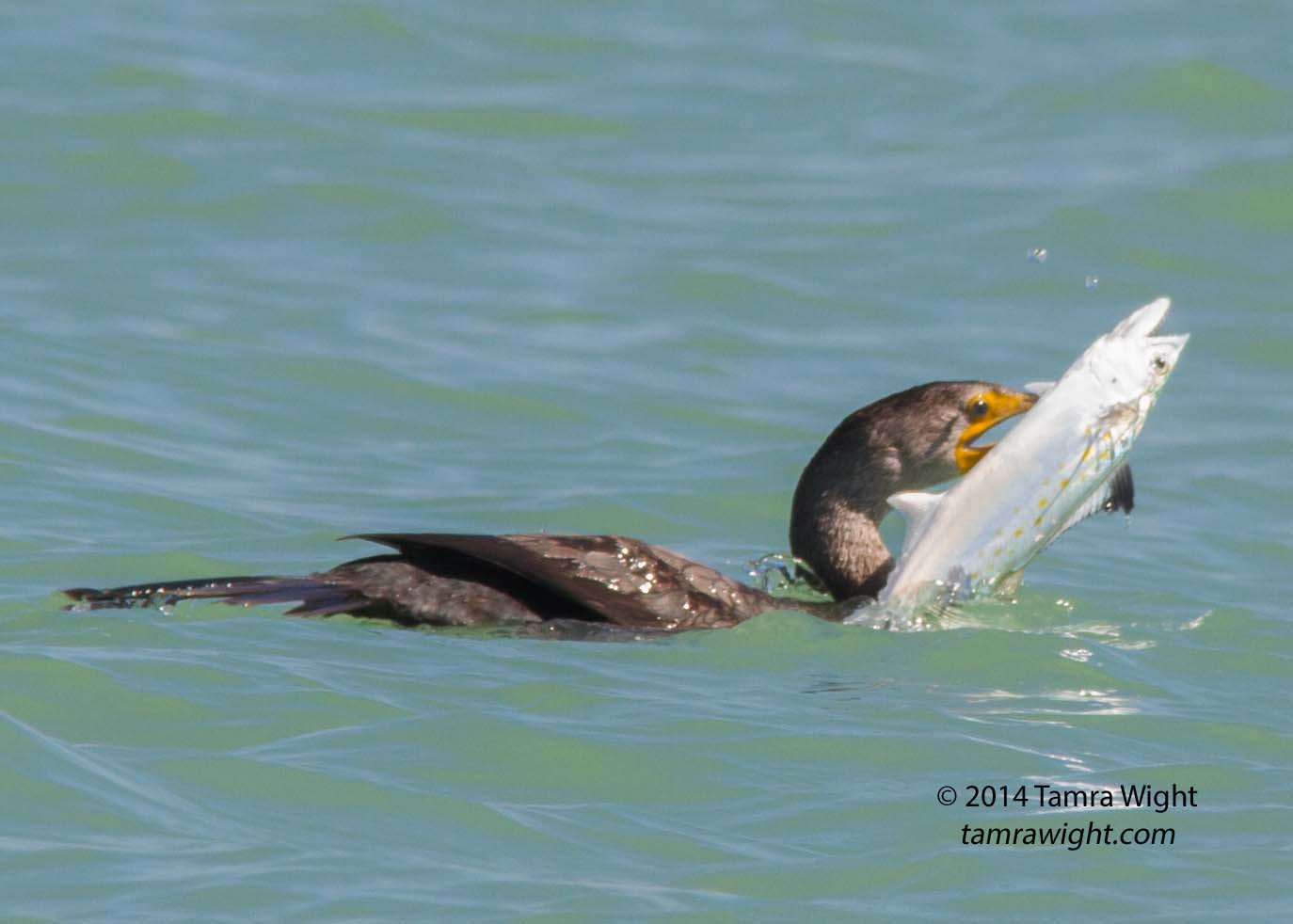 What the-??  Did he really think he could swallow that? 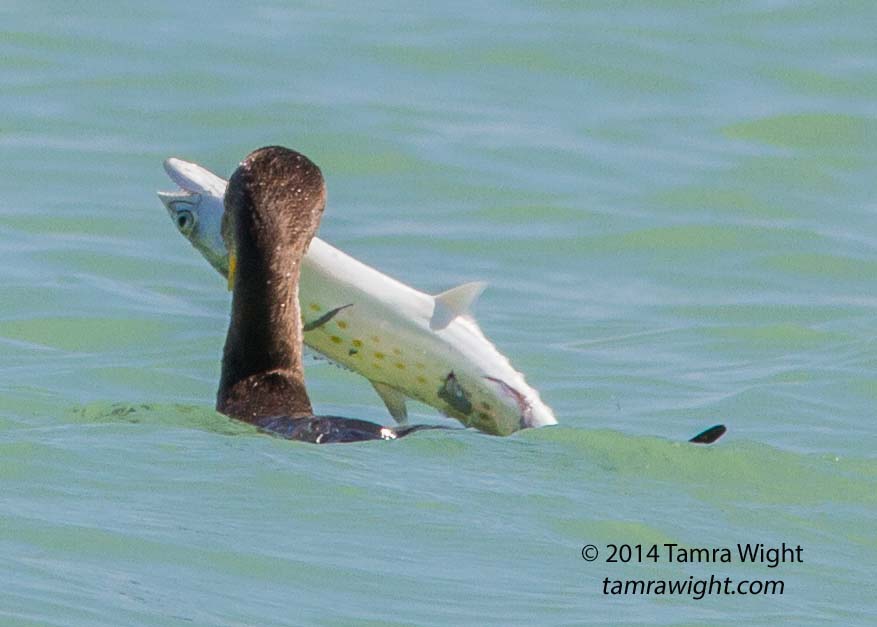 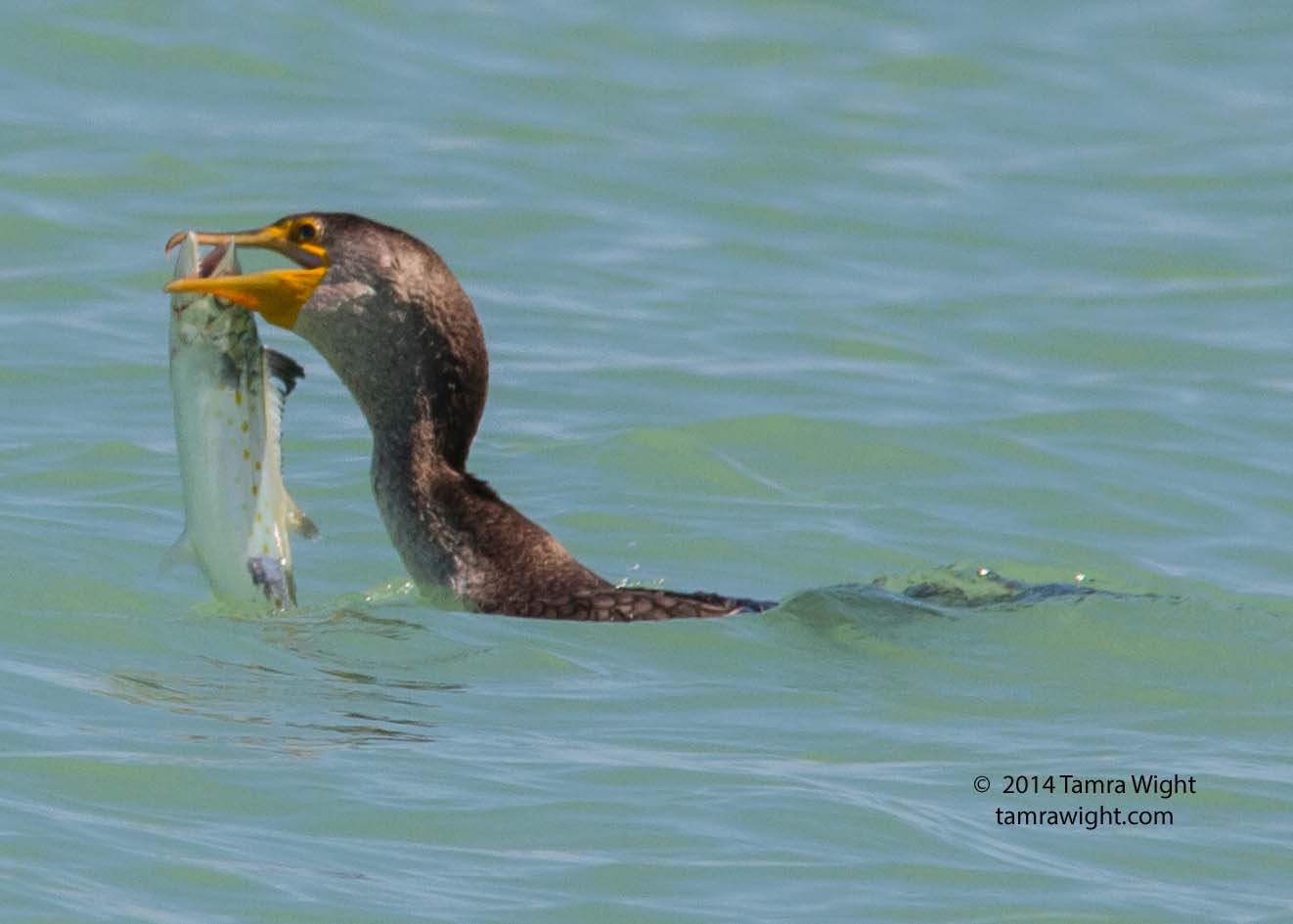 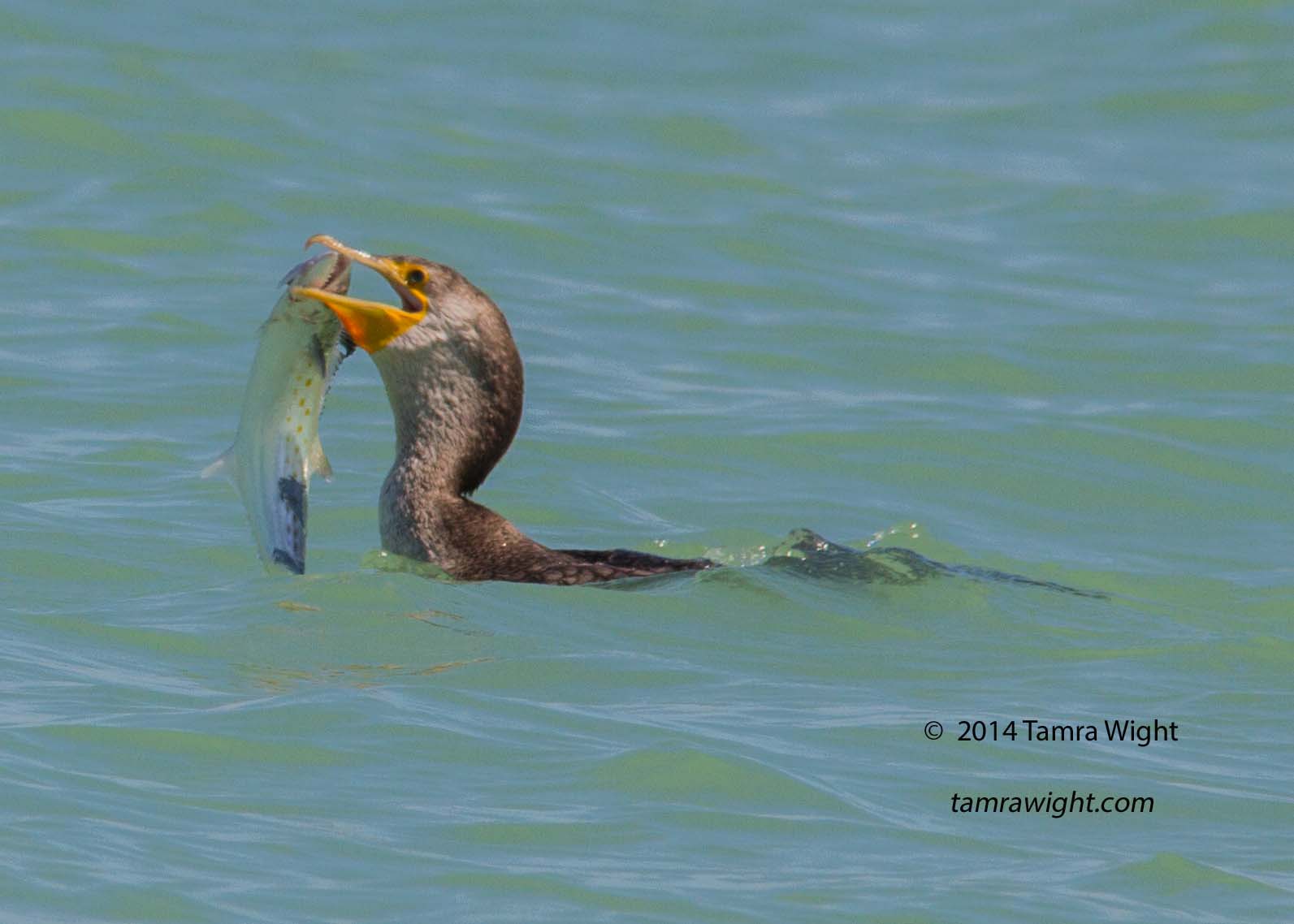 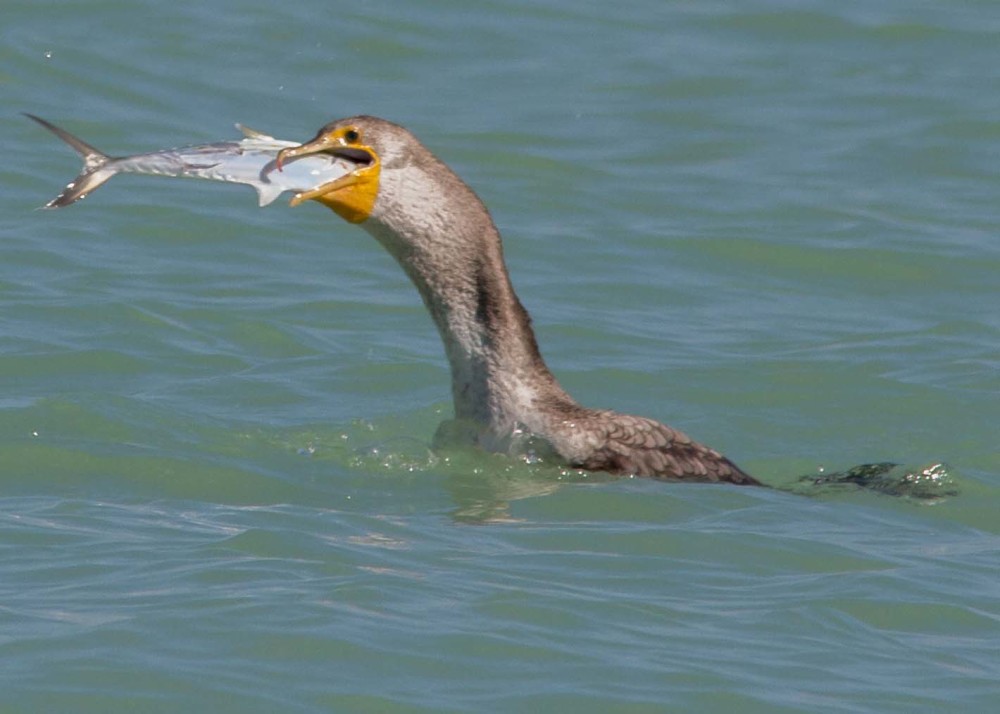 The fish is bigger than he is! 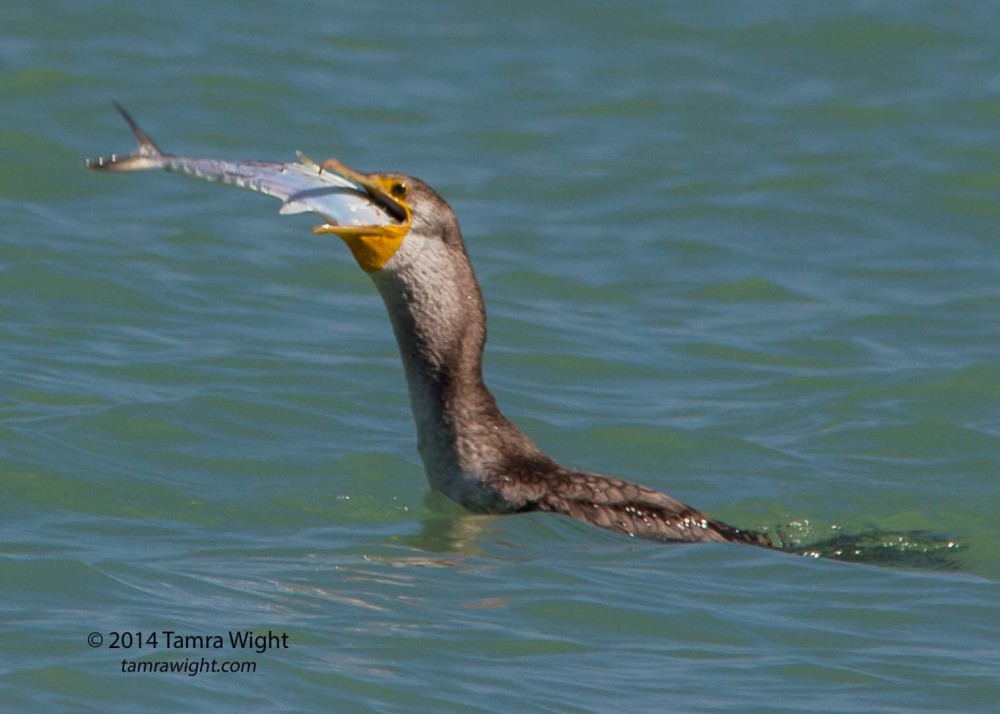 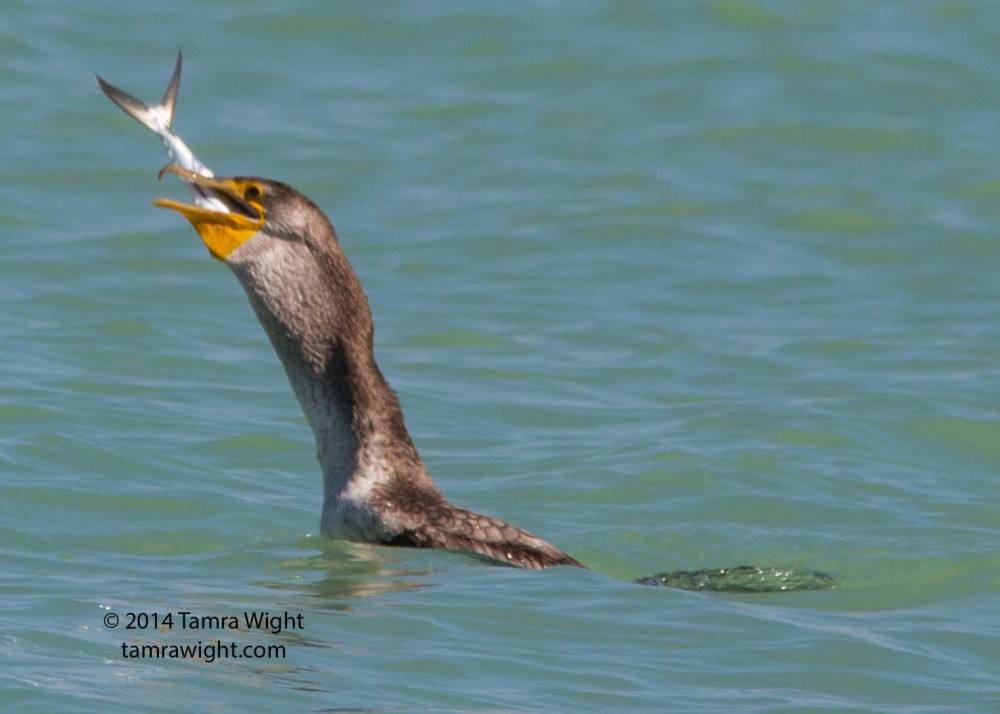 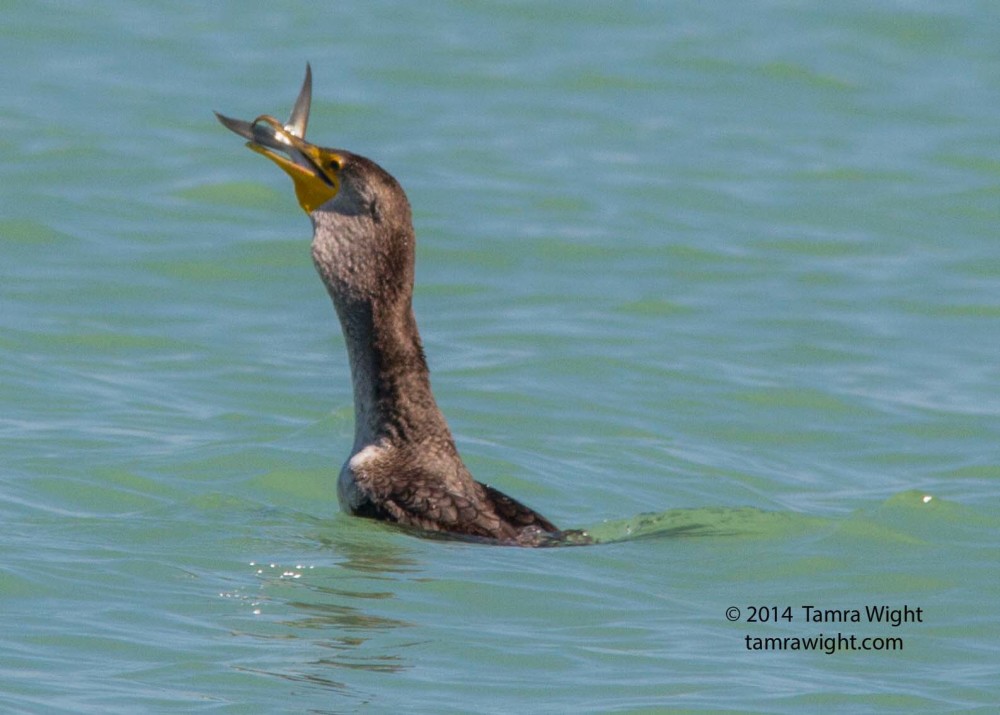 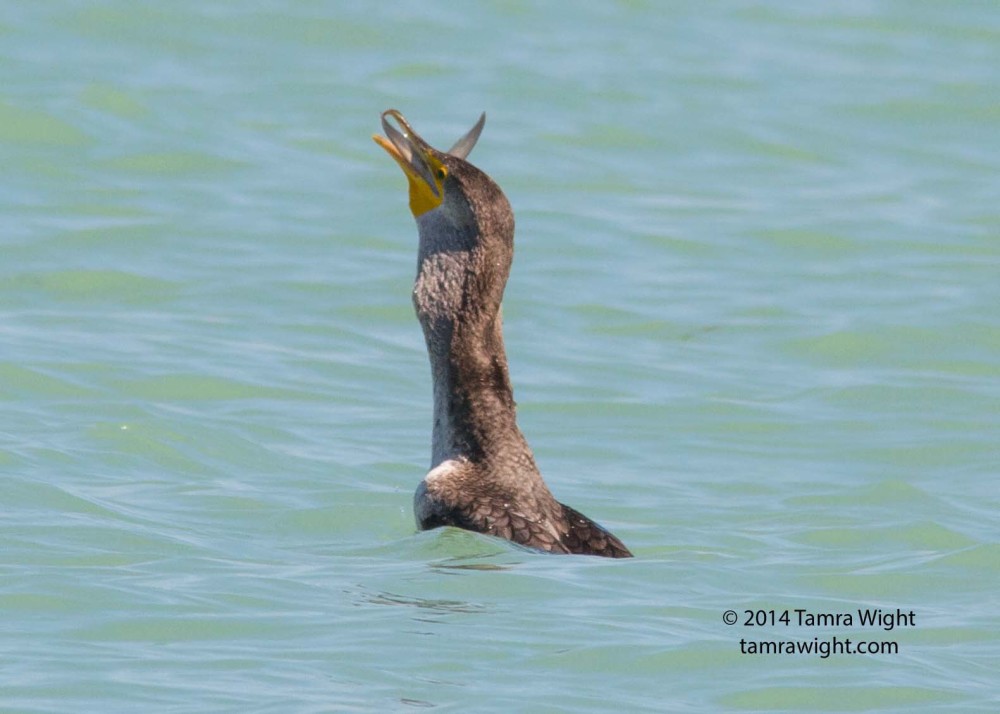 I still have no idea where he put that fish!! 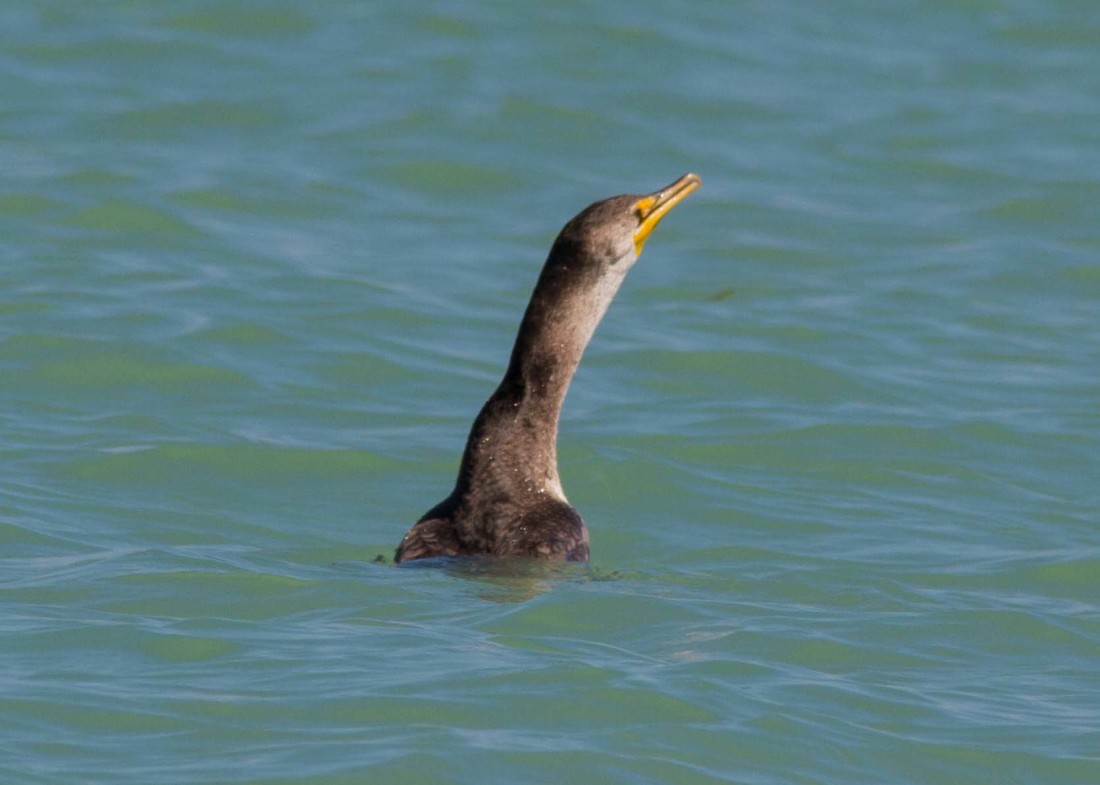 But he certainly has a self-satisfied smirk, doesn’t he? 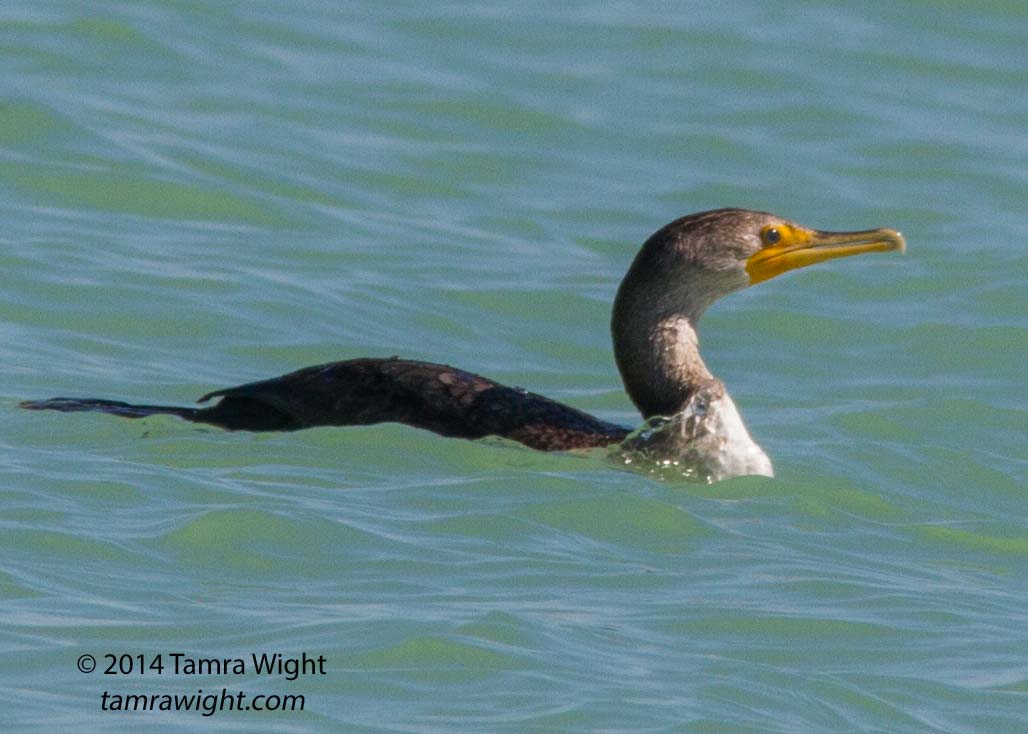 So tell me, what photo would you have cut from that series!??

This entry was posted in Wildlife Sightings and tagged birding, Wildlife. Bookmark the permalink.

2 Responses to Cormorant’s Eyes Bigger Than Its Stomach?