It was late twilight, and I was walking the red-blazed trail that follows the shoreline, when  I saw two figures moving toward me from the middle of the lake.   I hid behind some brush thinking they were ducks, but wanting a closer look.

Mind you, I had no monopod. The camera lens was fully extended. Not the most ideal conditions for taking wildlife photos.

As they got closer I gasped in amazement.  The very creatures I’d been trying to capture on camera since late summer, in person and on the trail camera were moving toward me!

I snapped several photos and had to edit them heavily, but this is what I got! 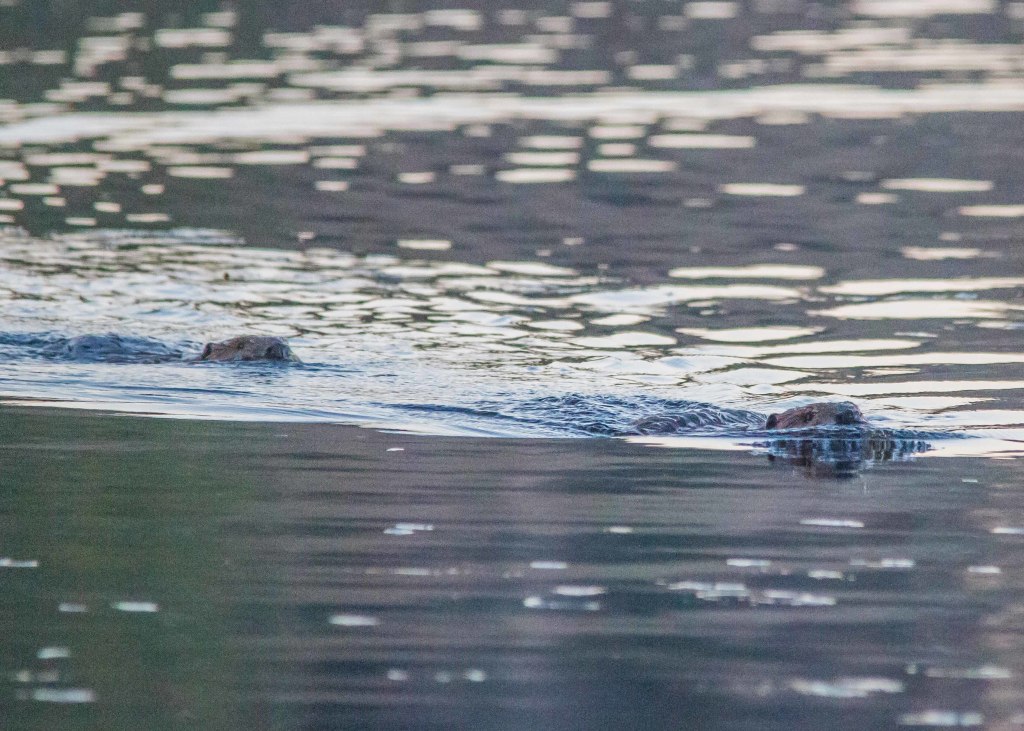 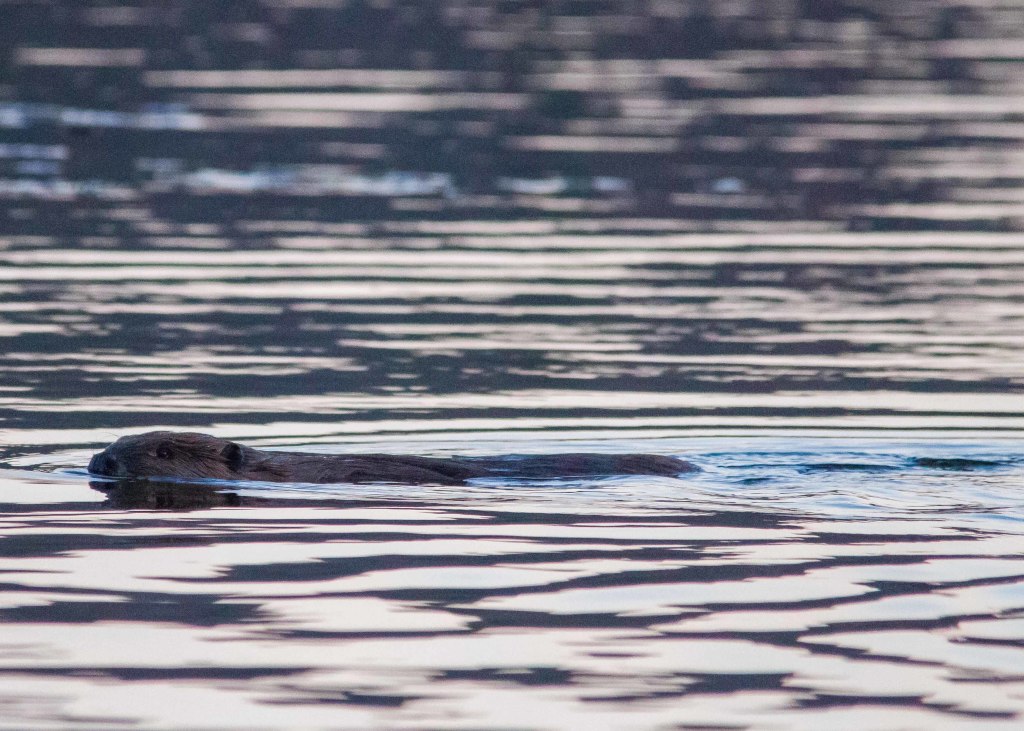 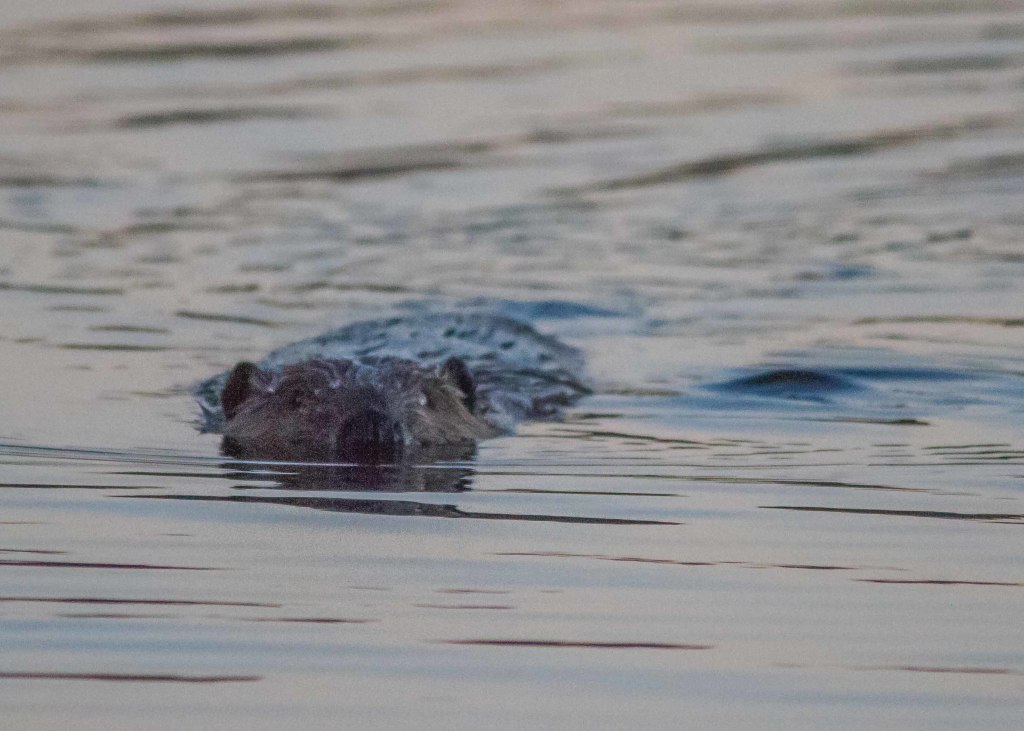 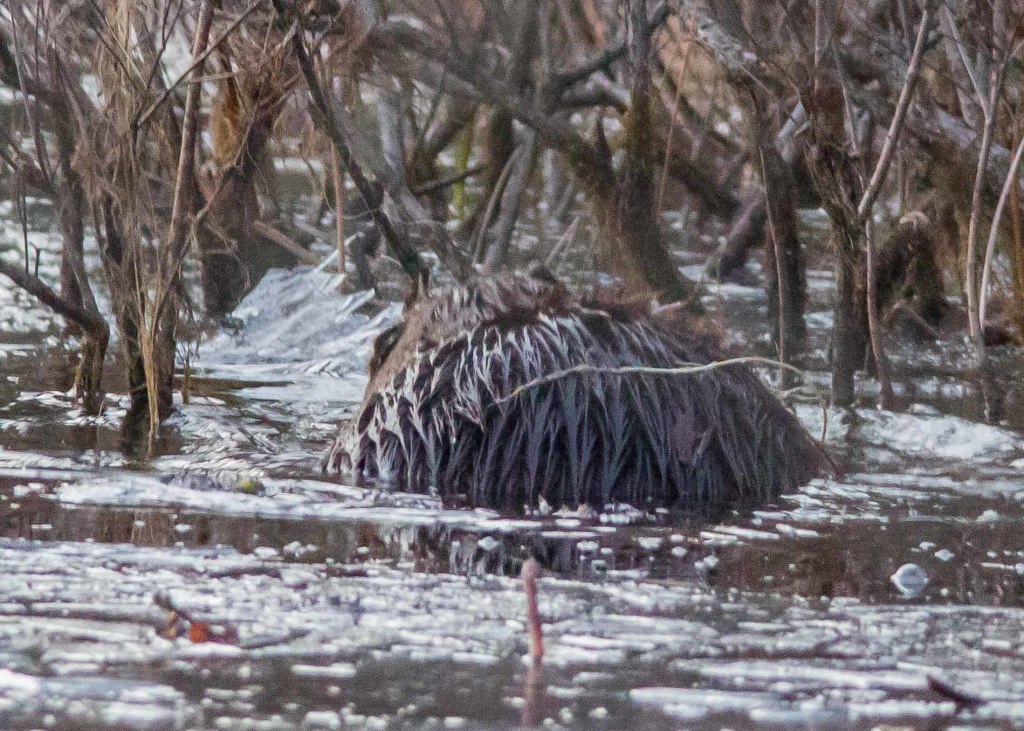 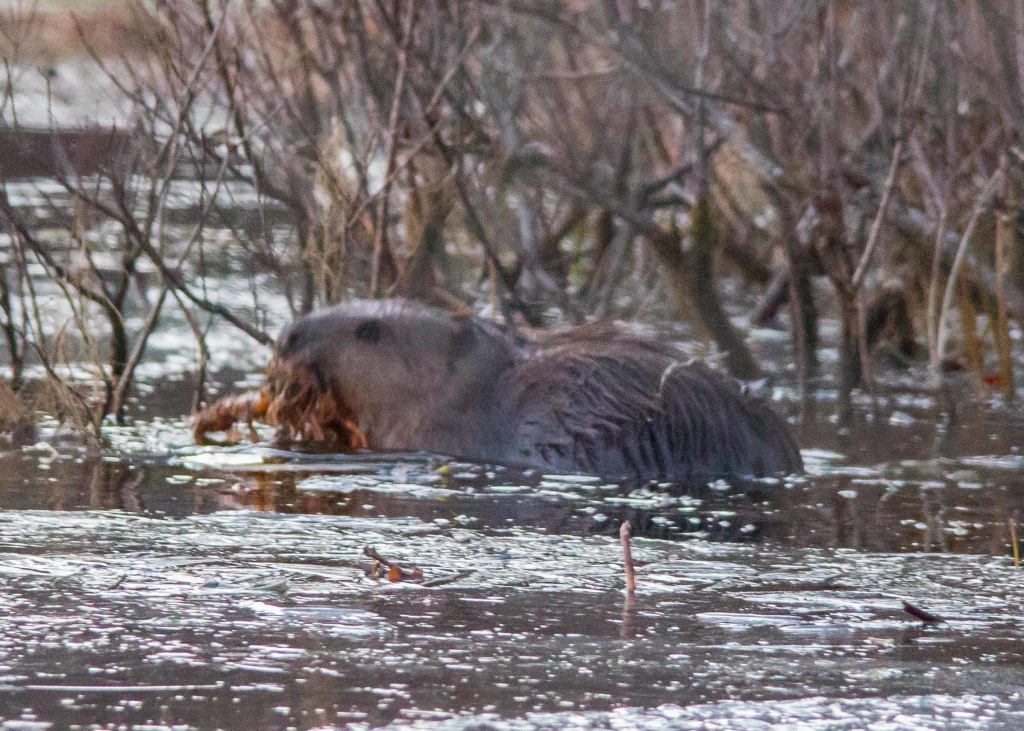 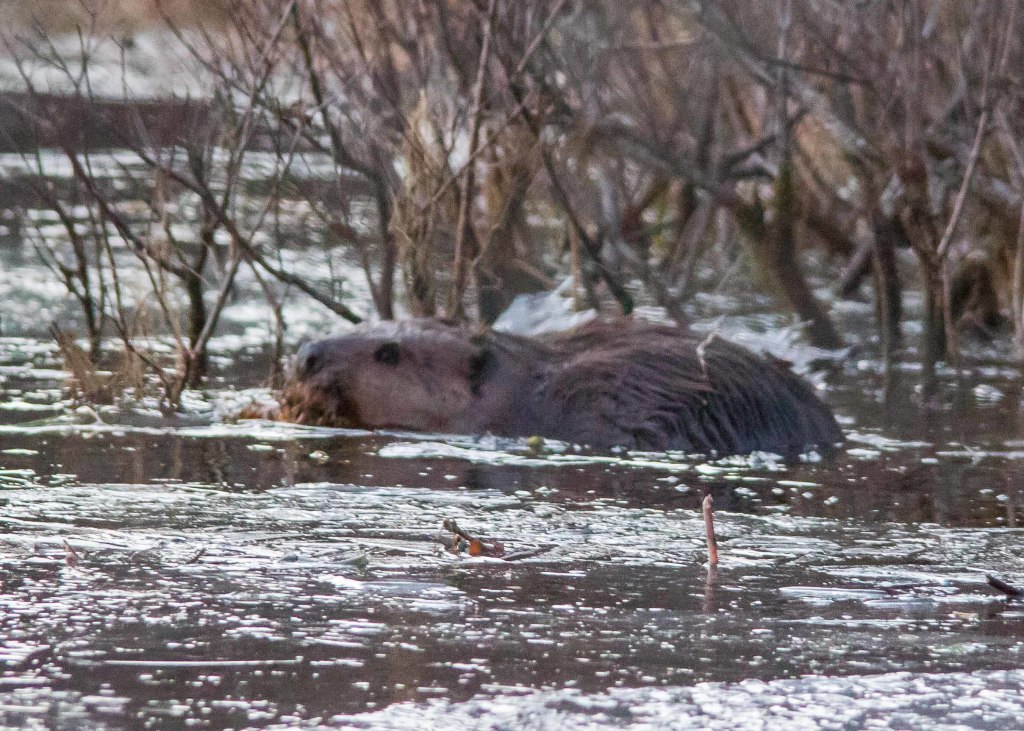 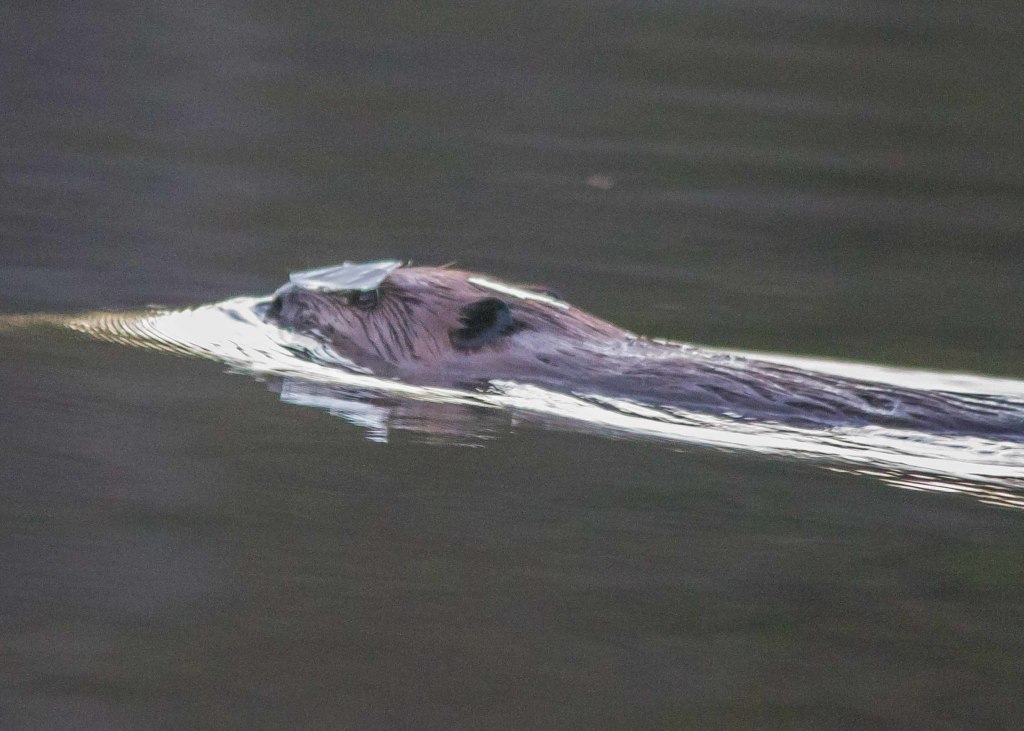 Oh, how I wish they’d come out to play in the daytime!