The Triplets are Growing by Leaps and Bounds!

The lake was pretty choppy today, but it didn’t stop me from kayaking out to find the loons.  I’m still a little worried about them, and I’d feel better if I saw them with a baby.

Alas, I never did find the loon family.   I saw one for half a second.  But it dove and I never saw it come back up.

I love how they do that.

I saw the triplets though.  And WOW!  They’ve grown so much! 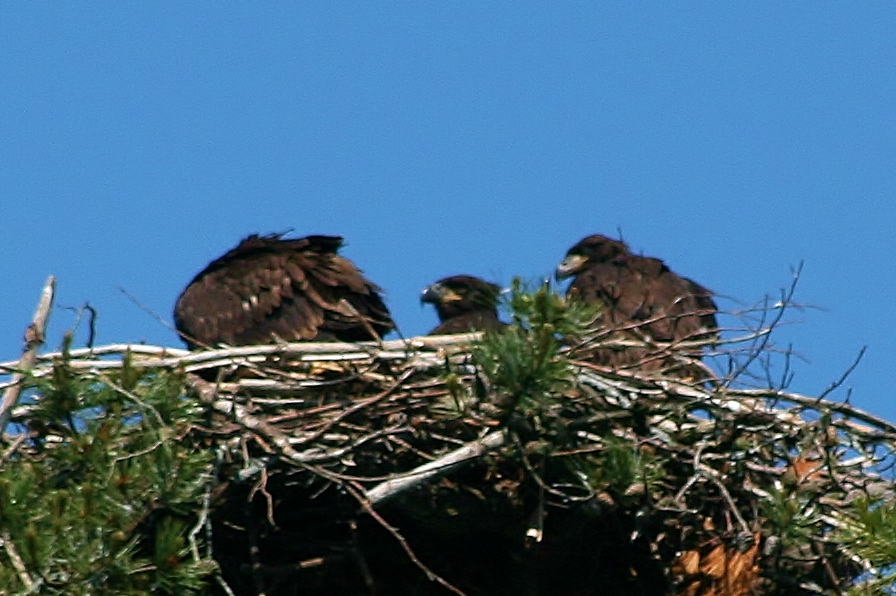 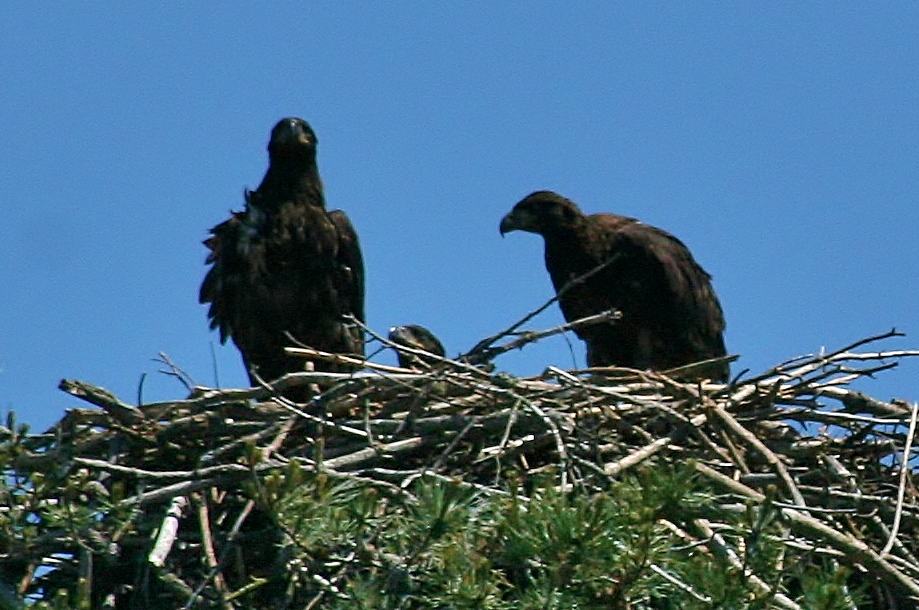 One of them kept opening his wings wide while his siblings watched, not quite brave enough to let the wicked wind lift them into the air. 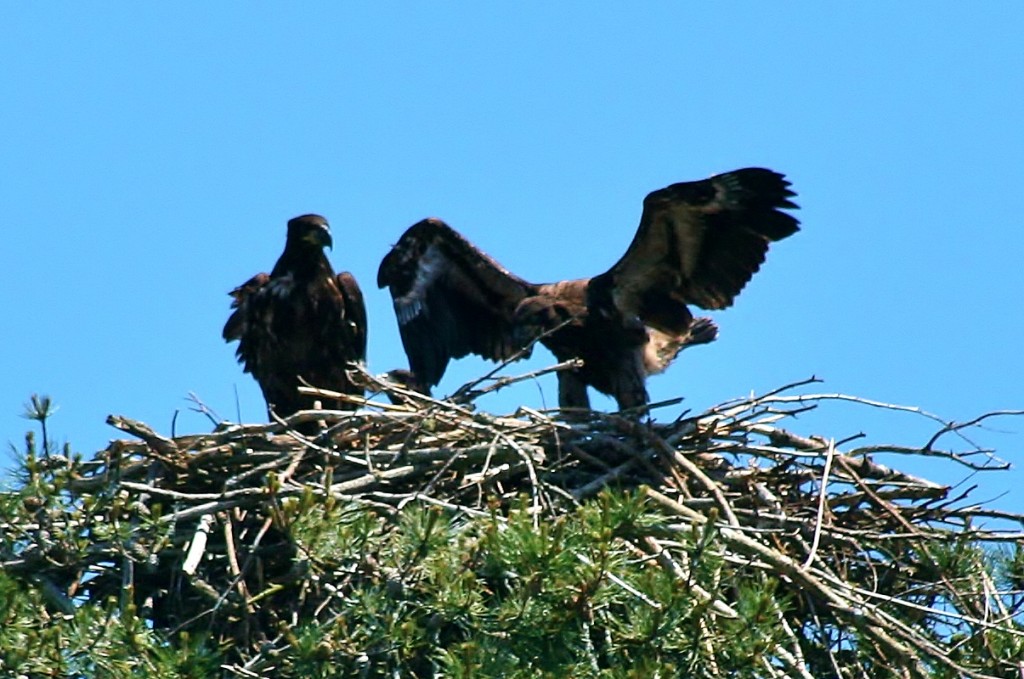 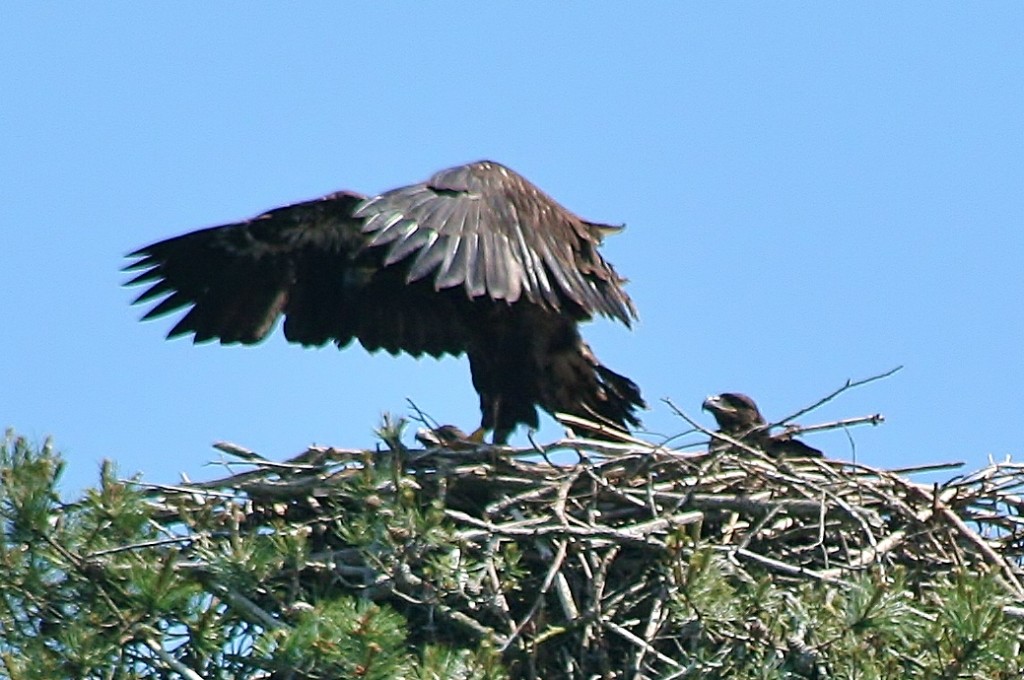 He hopped up and down, back and forth across the nest fearlessly. 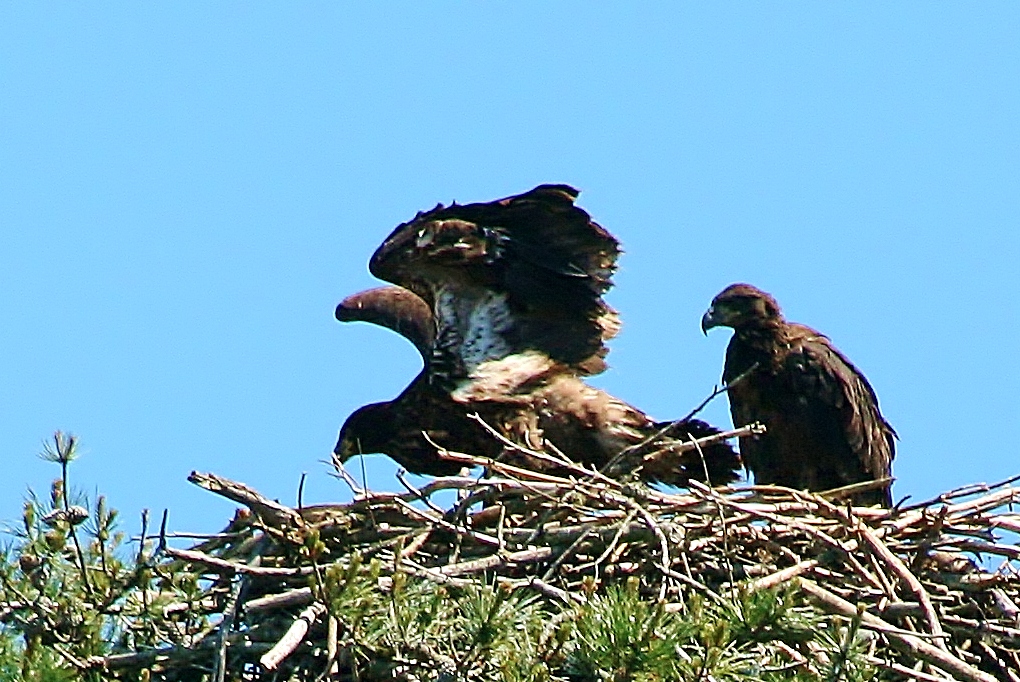 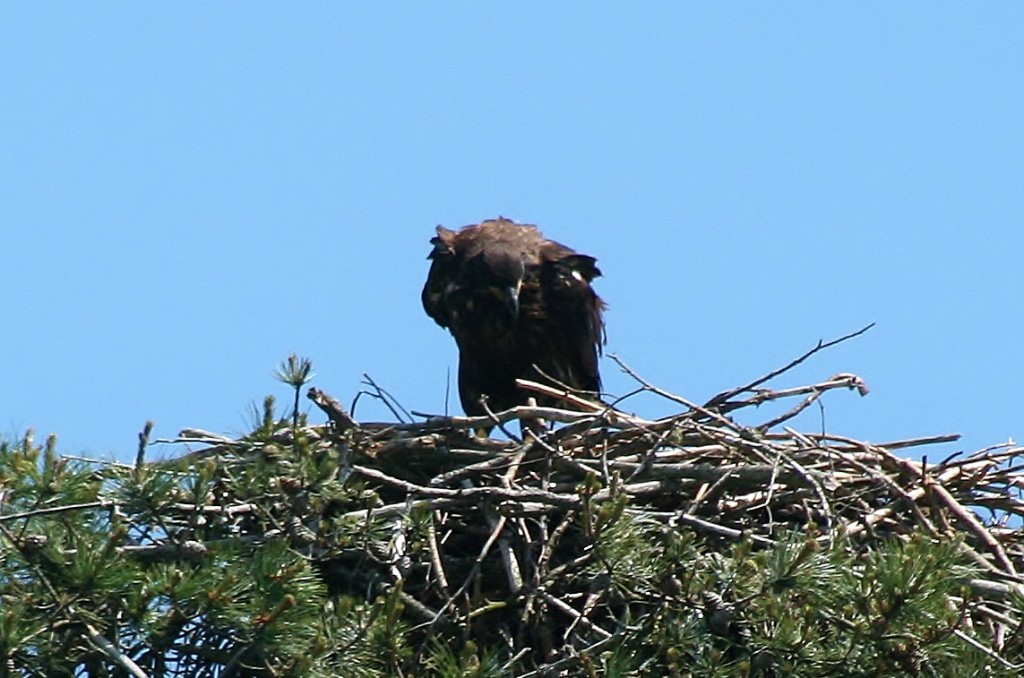 Then I realized he was spreading his wings, so to speak, and it wouldn’t be too long before he started branching.  And after that, flying.  This was no longer a “baby” eagle.  He’s a middle schooler!

They grow up so fast, don’t they?

This entry was posted in Hiking/Kayaking, Wildlife Sightings and tagged eagles, Wildlife. Bookmark the permalink.

4 Responses to The Triplets are Growing by Leaps and Bounds!