I was so happy to see that our new house had this cute little garden shed. 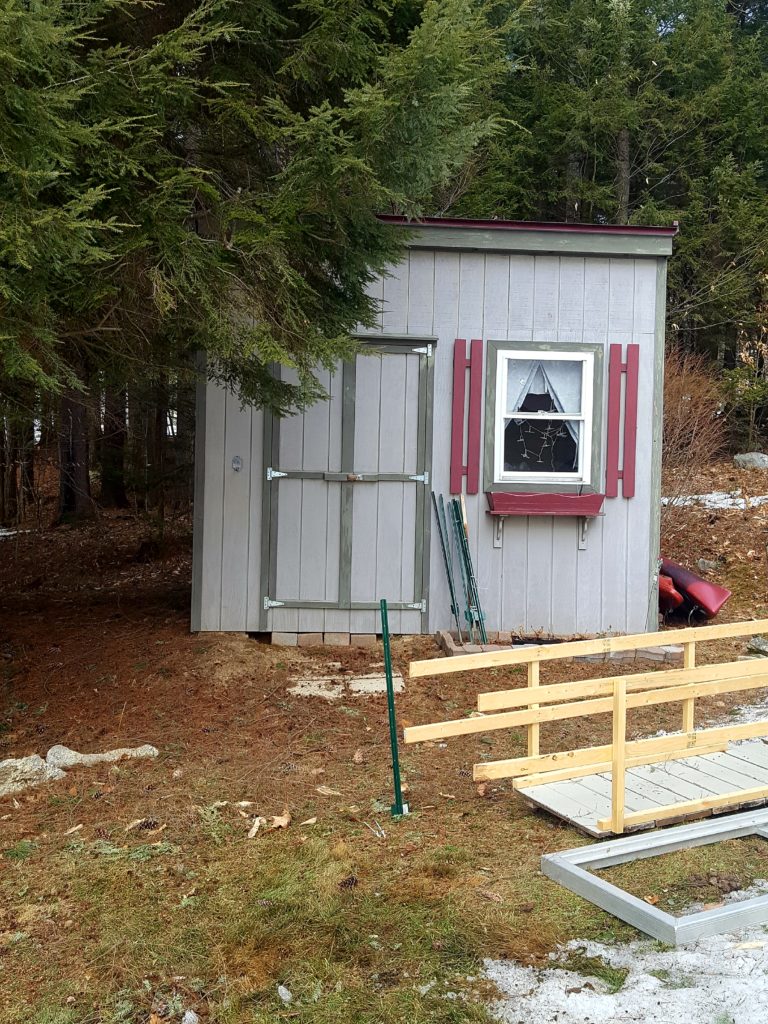 We moved into our house right after Thanksgiving, so we only had time to store some of my gardening things inside, close the doors and before we knew it, winter arrived.

I looked out at it longingly through the weeks, thinking about opening it up in the Spring, carefully placing my stone ducks and turtles and frogs in the garden behind the house. I mentally placed my planter hooks based on which corners of the yard had full sun, and which had shade.

When temperatures reached 60 degrees a couple weeks ago, I couldn’t resist walking the yard and checking out any and all plants poking through the snow. 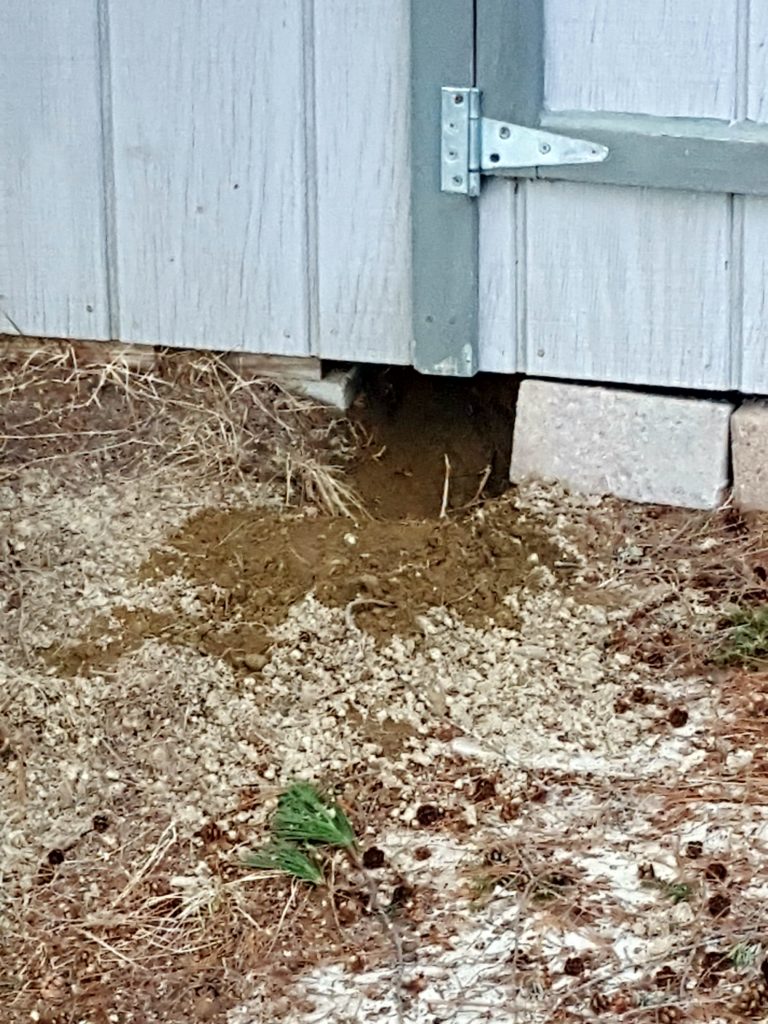 Oh boy! Here we go again!  was my first thought.  The last time I found a hole and my  nature geek side began “wondering” what lived there, this happened.

And now I needed to know what lived in this hole!

So I set up my trail camera and looked around the shed for clues as a blizzard bore down on us.  I smelled the faint odor of musk.  It could be a skunk.  Or a fox marking.

There was no second opening. 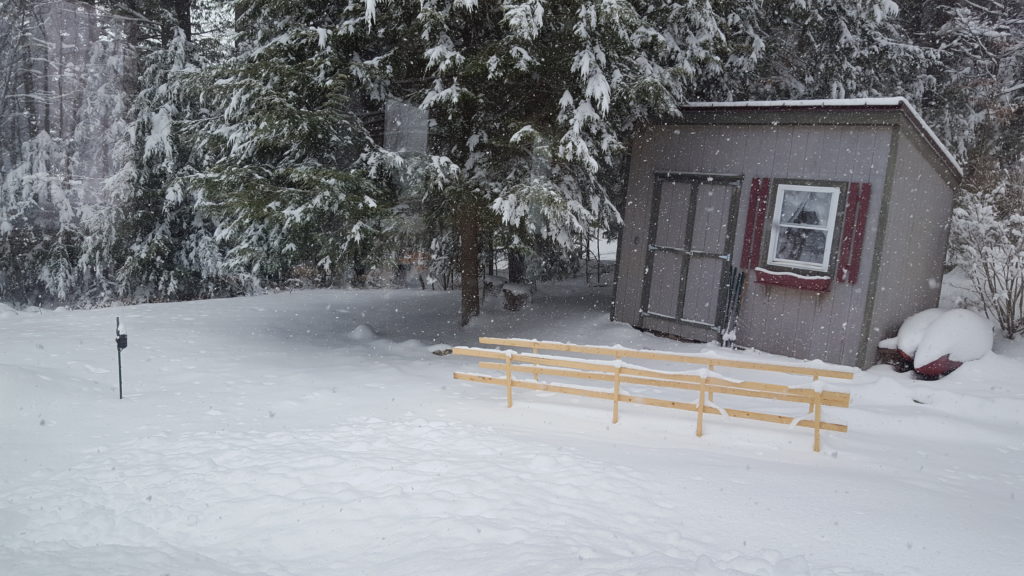 I checked the memory card every day for the next three days. It didn’t pick up any images, but on the third day, I noticed the opening had been dug out a little more. 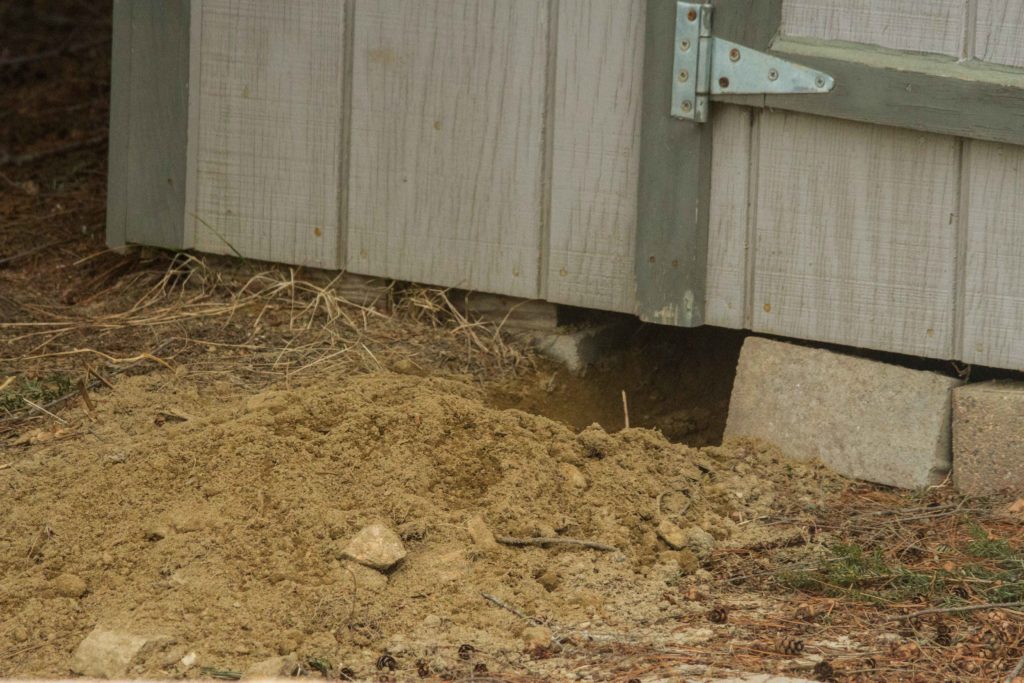 My curiosity grew! What could it be?  People online had connections, stories and ideas.  In addition to fox and skunk, people had had woodchucks, minks, and feral cats living in rock walls and under buildings and porches.

The blizzard came and went with no signs at all. I checked again for another opening. Nothing.

On the next day, temperatures inched into the 40’s. I ventured outside for another look and found we’d had some activity overnight! 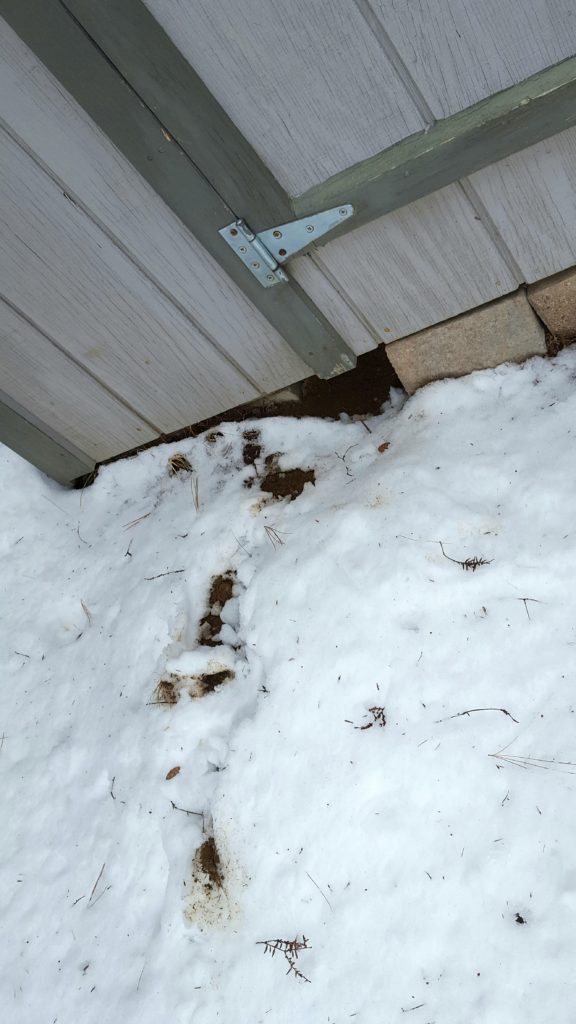 I grabbed the memory card and plugged it into my computer.  There were a dozen videos of snow falling and the end of the camera’s tie cord fluttering in front of it.  I began to wonder if it was another night of nothing videos.

Digging under the Shed

It’s not yet proof of what’s living next door to us, but it’s certainly a clue!  This fox has either claimed the hole under our shed as their den or backup den.  Or it was hunting for what moved in.

I’ll keep you posted on what happens over the next few weeks. It’s very possible we won’t see any more wildlife at all . . . But I hope we have a story in the making!