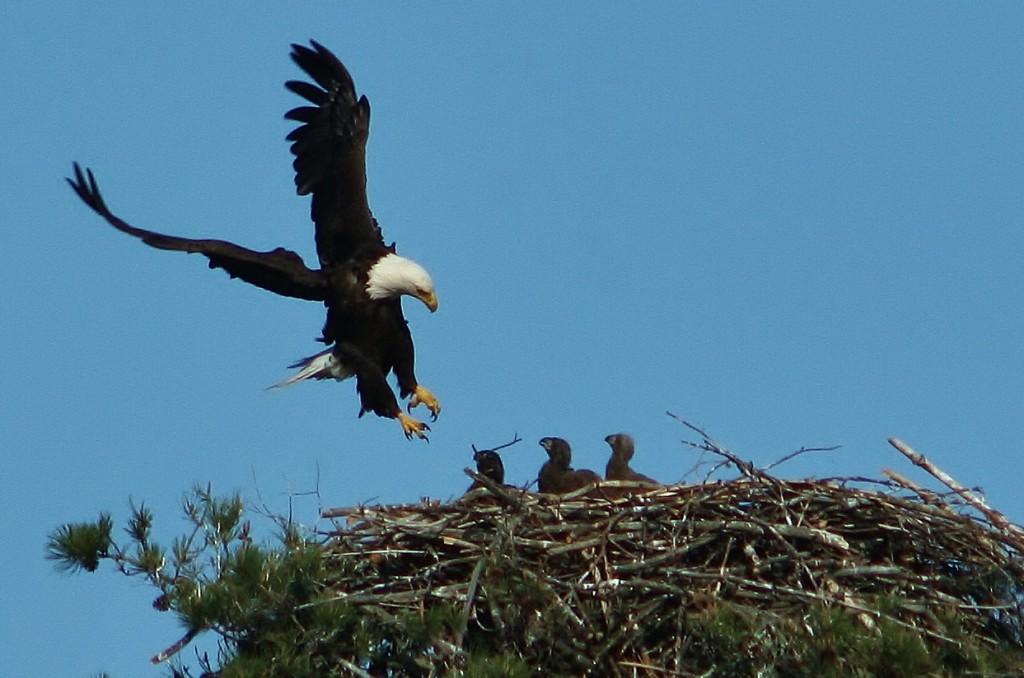 I mean, having two is rare.

Three is a miracle!

I managed to snap some more mother/child photos over the weekend, 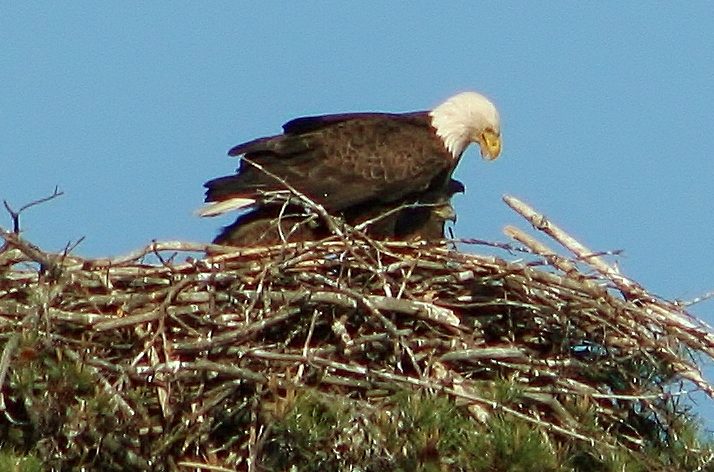 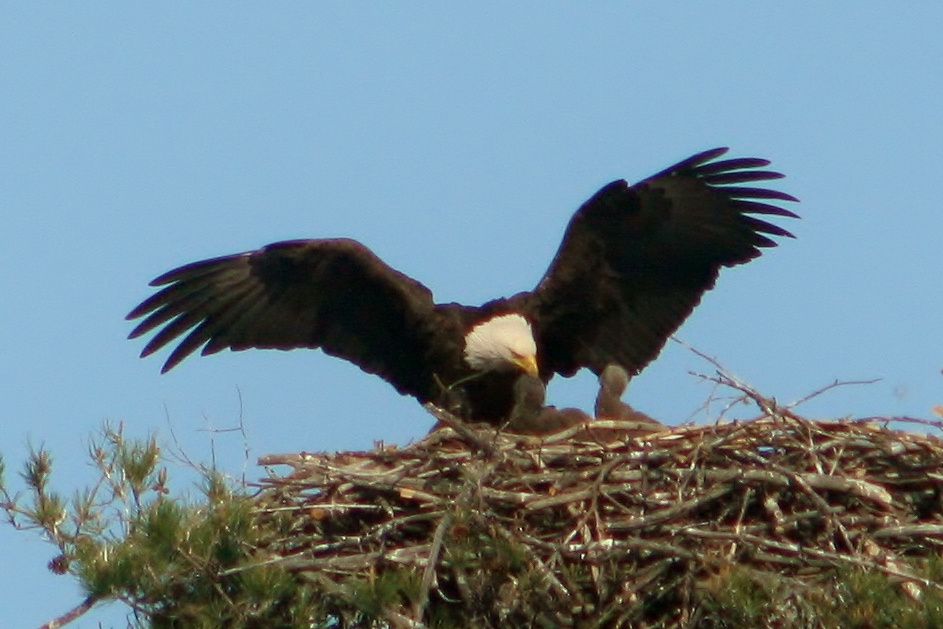 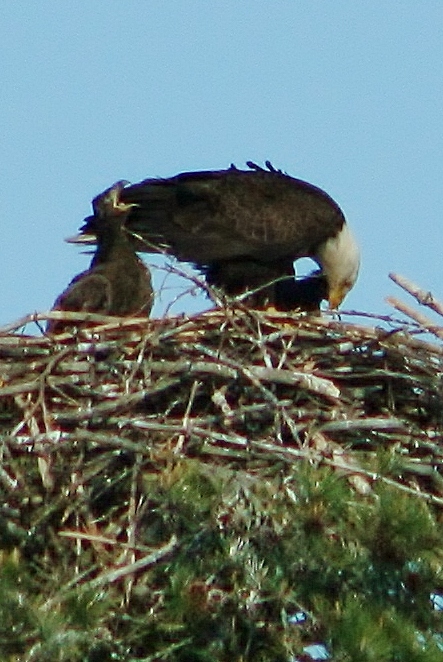 Everyone here in the campground is enthralled with them!  It’s all we talk about.   “Are there still three?  What are the chances they’ll all survive?”

Yesterday, I couldn’t quite figure out what Mama eagle was up to.  The babies were crying.  Yet, she kept flying away. She was never out of sight of the nest though, and would return a few minutes later with nothing in her talons.  She’d float above the nest, circling it . . . 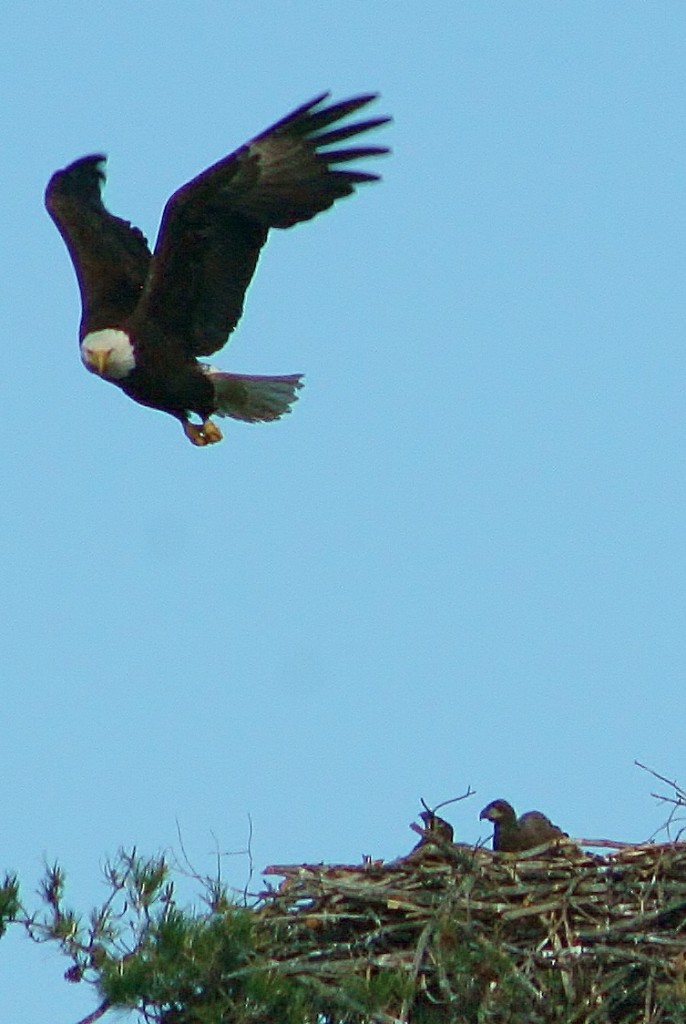 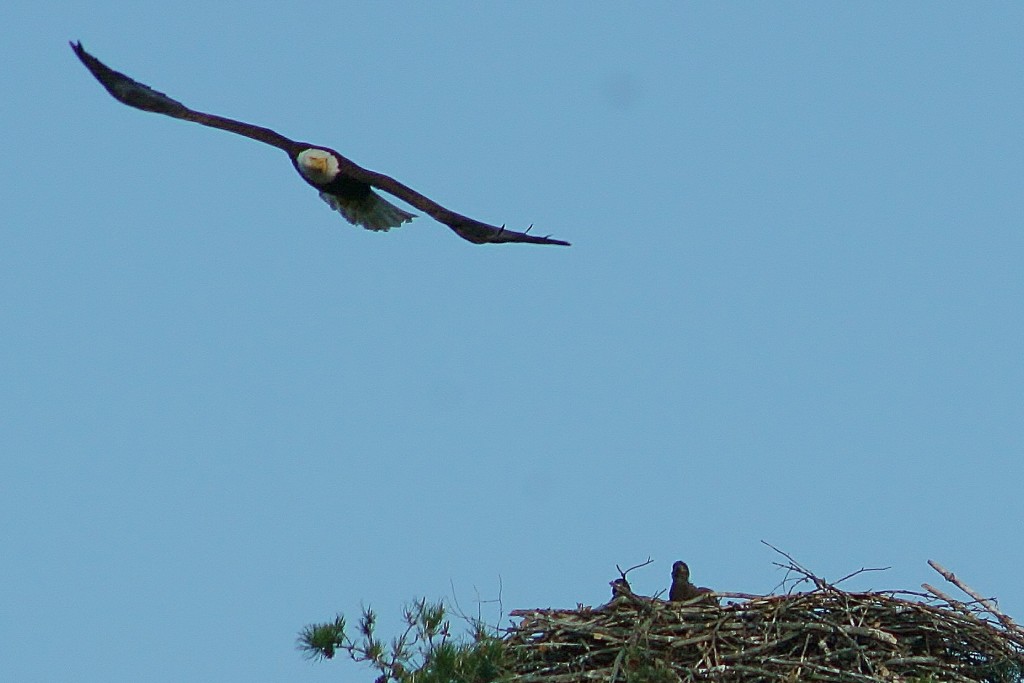 While they followed her with their eyes.

Eventually she joined her babies again.  Ducking her head, she began tugging something large across the nest to its edge.  A huge fish!  It must have been there the whole time. She ripped pieces off, then fed her hungry little ones. 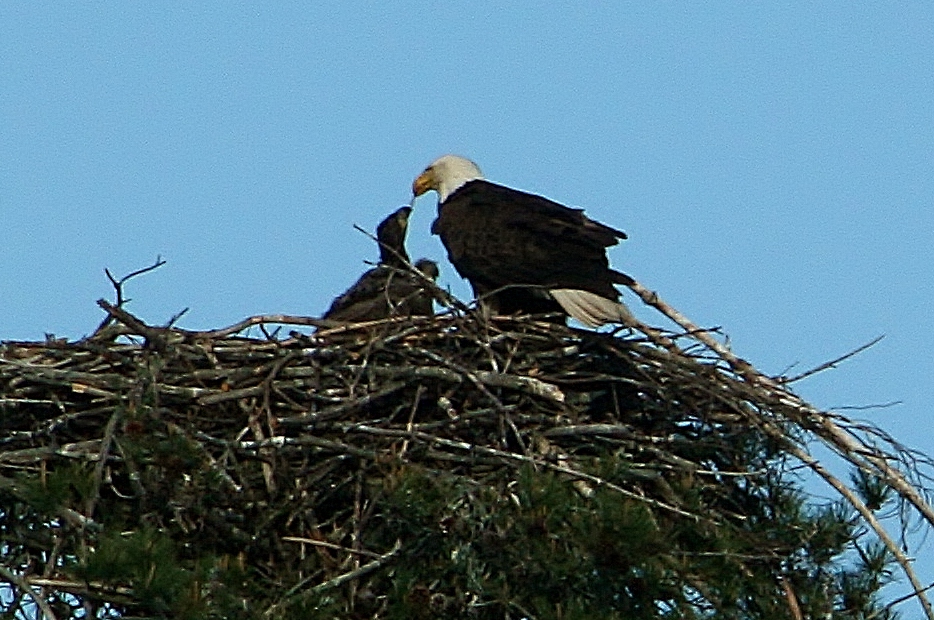 It seems she was trying to teach them to eat on their own, which usually happens at 10 – 13 weeks.  I think it’s a little early for that, but with three in the nest, can you blame her?