I was working on another Cooper and Packrat story when I came to a stand still . . .

so I set out for the hiking trail and the lake to find my inner Cooper.  Halfway there, I saw black skies in the distance.  The wind picked up.  There was a dampness in the air. So I went home.

An hour later the sun came out, so I tried again.  Lakeside, this was the view . . . 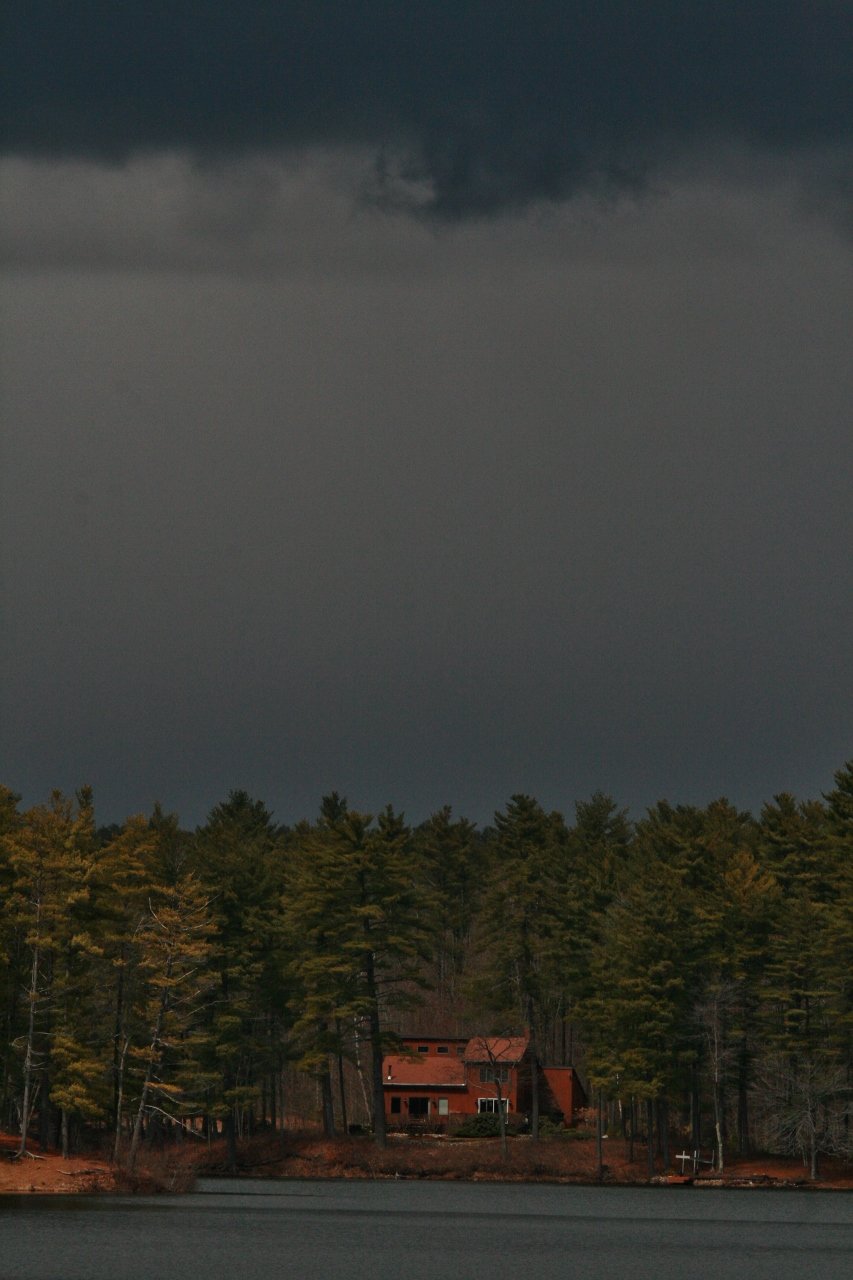 Someone else had her eye on the clouds too . . . 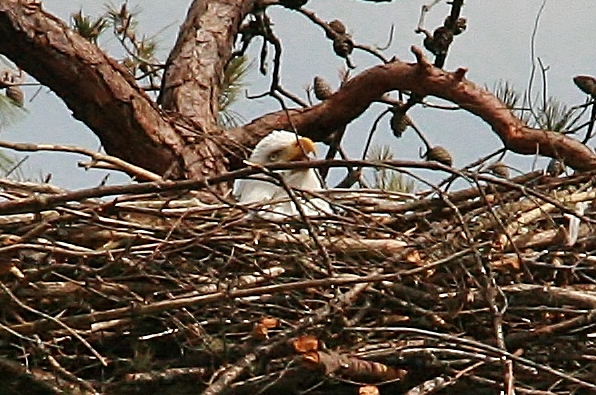 I managed to snap a few pictures before it started sprinkling again. My camera in a plastic trash bag, I ran home for the second time.

An hour later, I trudged to the lake yet again, shaking my head in wonder at my determination to get there. This time I took a different route to snap a picture of the eagle from over by our beaver hut. It gives you a really good look at how the nest is built and how it’s grown. 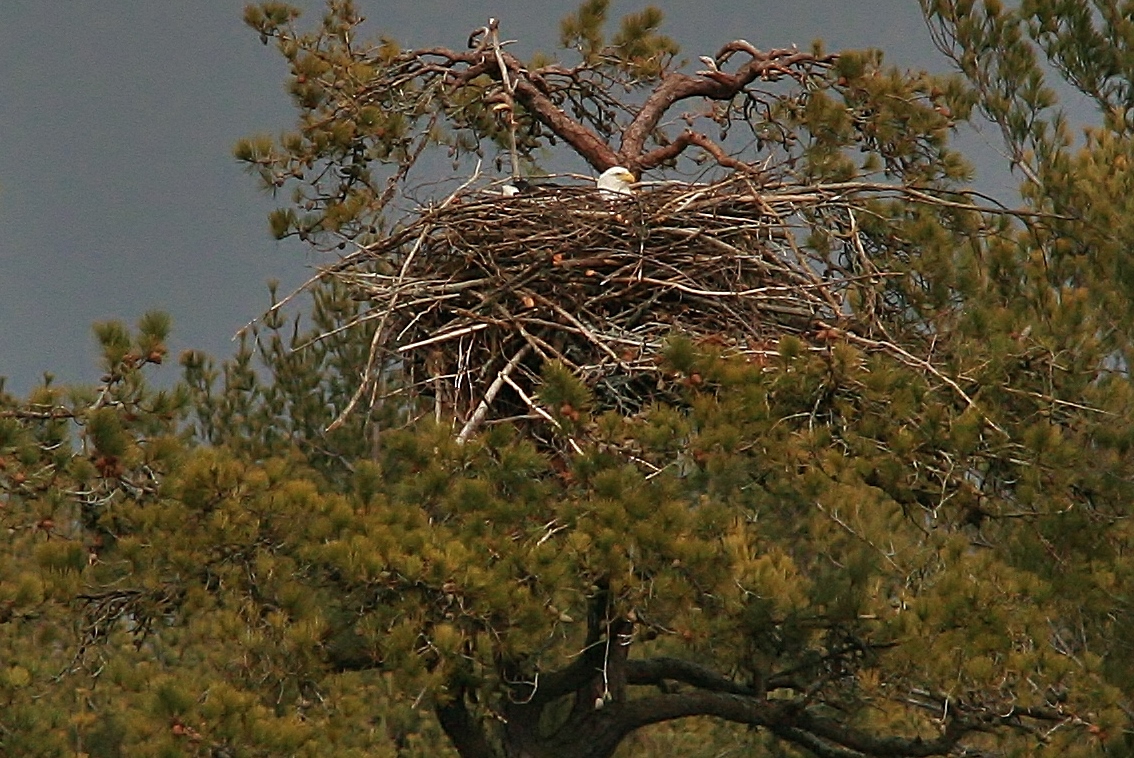 I’m not sure, but I believe the eggs haven’t hatched yet, by the way she’s still sitting on the nest.  I think she’d be perched on the edge if the little ones had arrived.  Any day now . . . any day.

Another patch of gray clouds loomed in the distance.  I began to pack up and walk back.

A few steps later, I turned for one last look at my eagle and there, just off its island, I saw this. 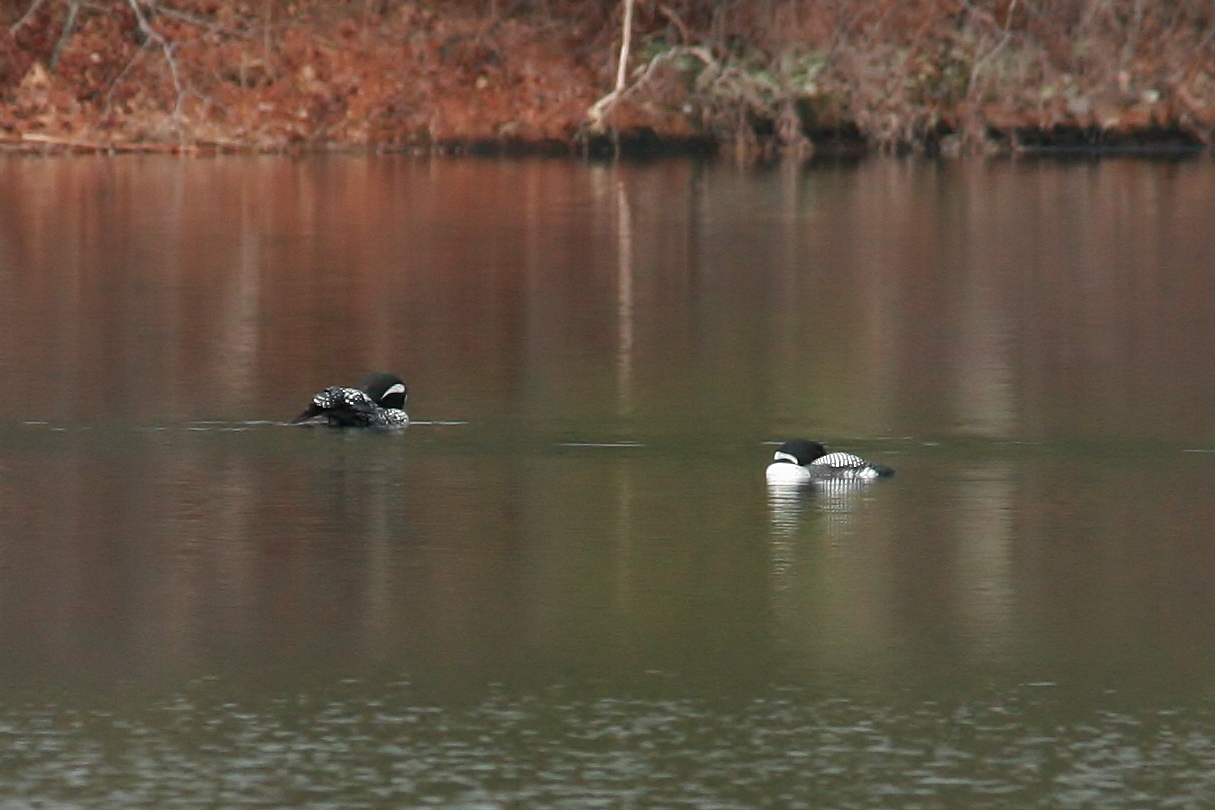 My loons!  They were back.

Gray skies had returned, but I only had eyes for them. 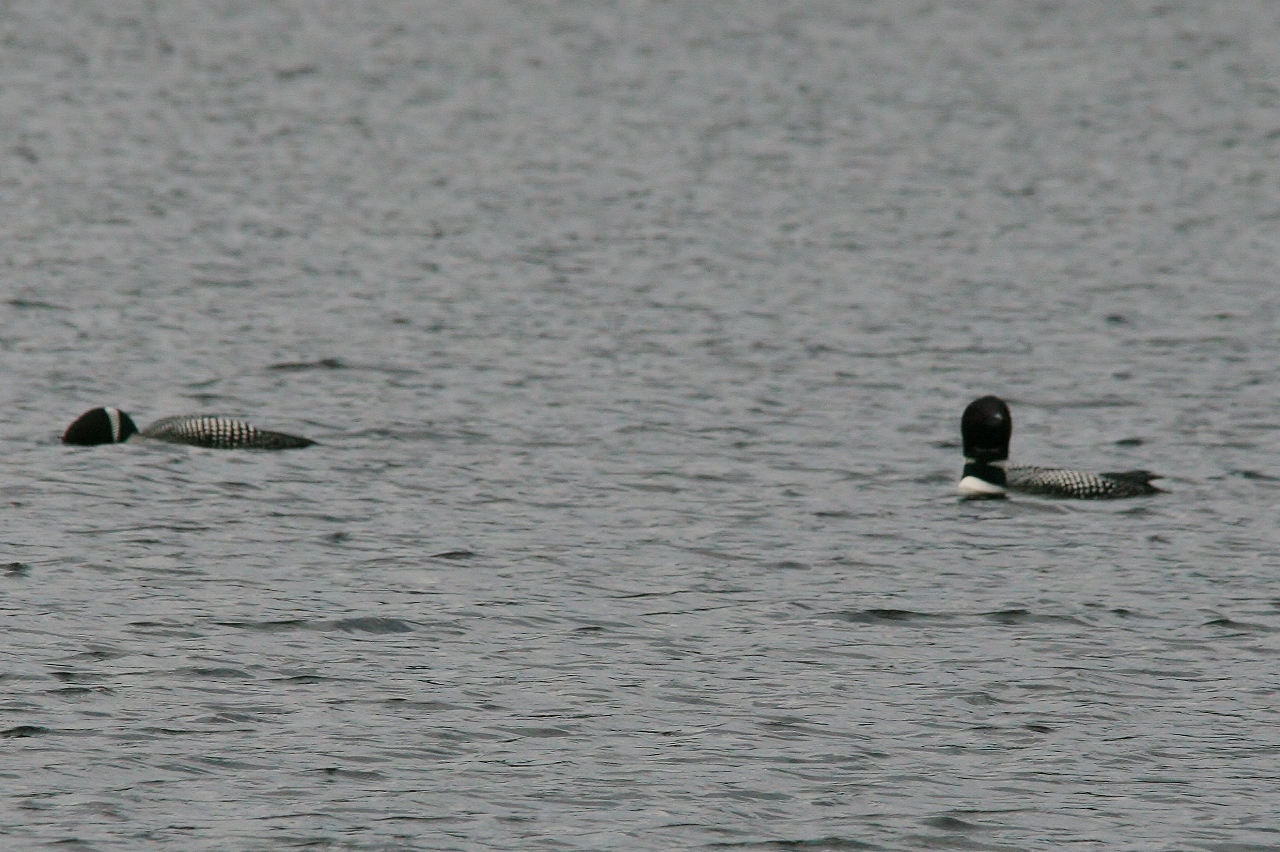 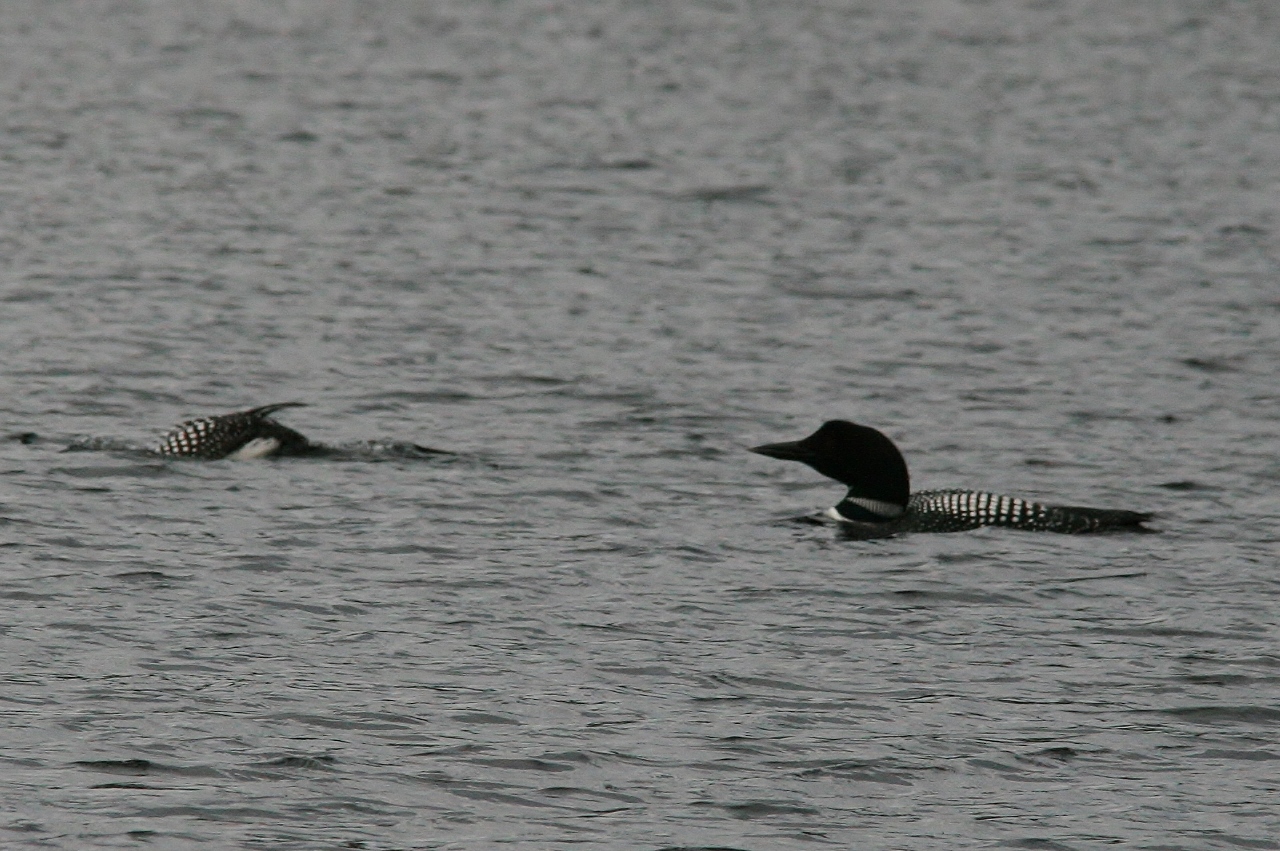 And they were together.  Sigh. 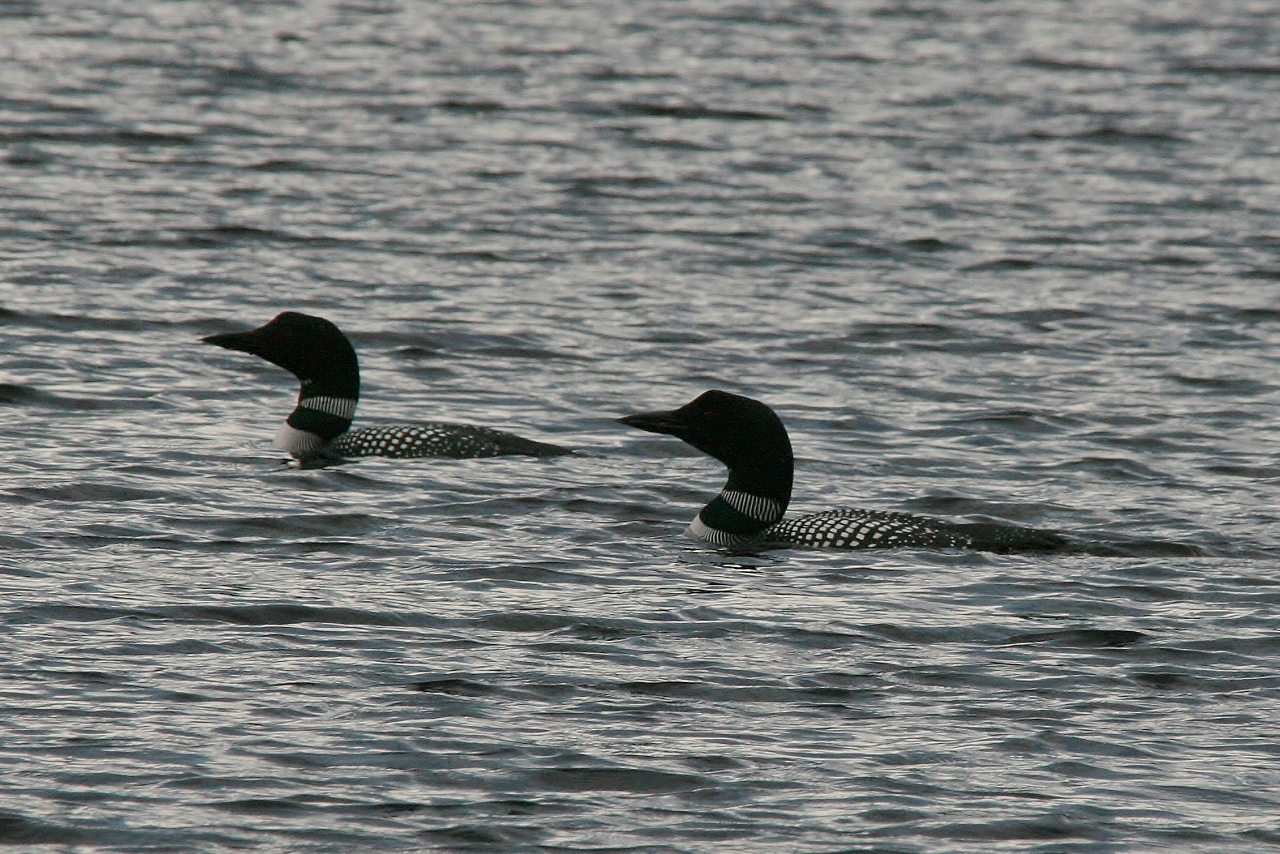 I’m looking forward to documenting their 2013 summer as I wait for Cooper and Packrat to be released.

This entry was posted in Campground, Uncategorized, Wildlife Sightings and tagged loons, Wildlife. Bookmark the permalink.

2 Responses to The Loons Arrive!