Distractions of the Feathered Kind

Waiting for Cooper and Packrat’s launch is hard.

Luckily, I have a whole campground full of people, paperwork, activities, problems and happy gatherings to distract me. 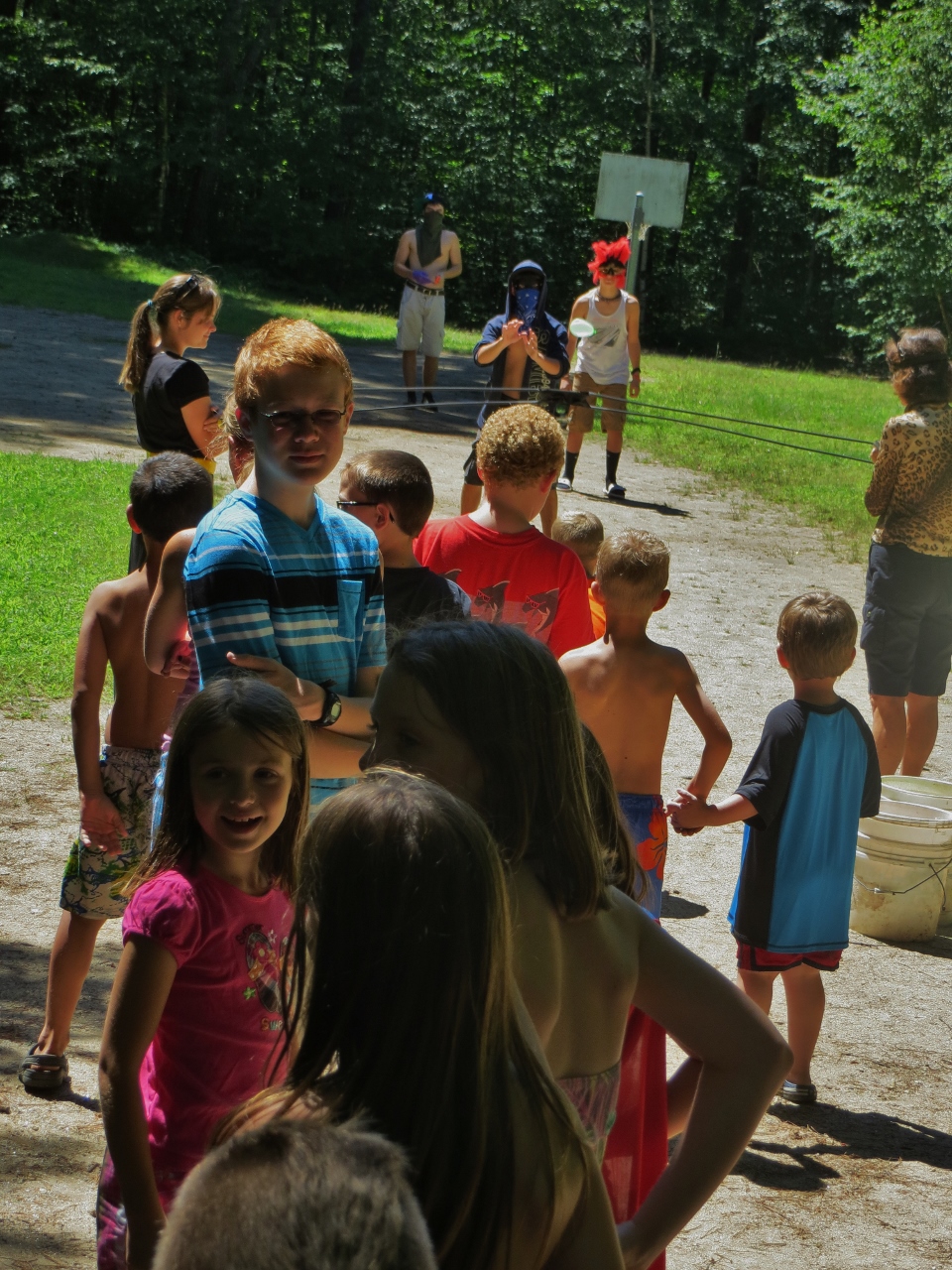 The Poland Spring Campground Justice League, chasing off the campground villains with the waterballoon slingshot during Super Hero Weekend 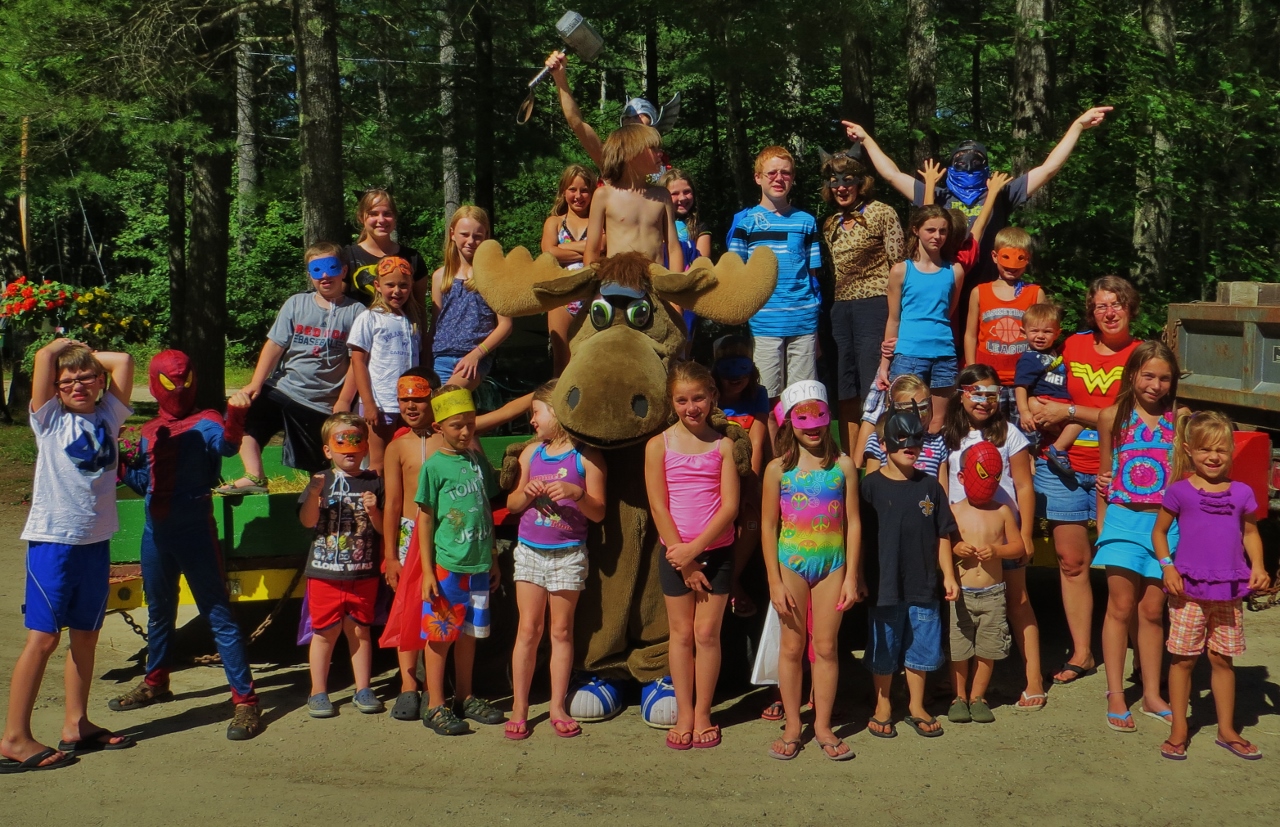 But the only thing that can really, really distract me, is to point the camera lens at something.

I etched out some time on the lake for myself last week.  Or was it the week before?  No matter.  I just want to post some photos and distract myself all over again, by sharing them  with you and reliving my mini-adventure.

Before heading out, I stopped on the front lawn to get my camera in order.  Suddenly, a hummingbird buzzed my head, then landed on the honeysuckle with a aren’t-you-going-to-take-my-photo look, before zipping off again. 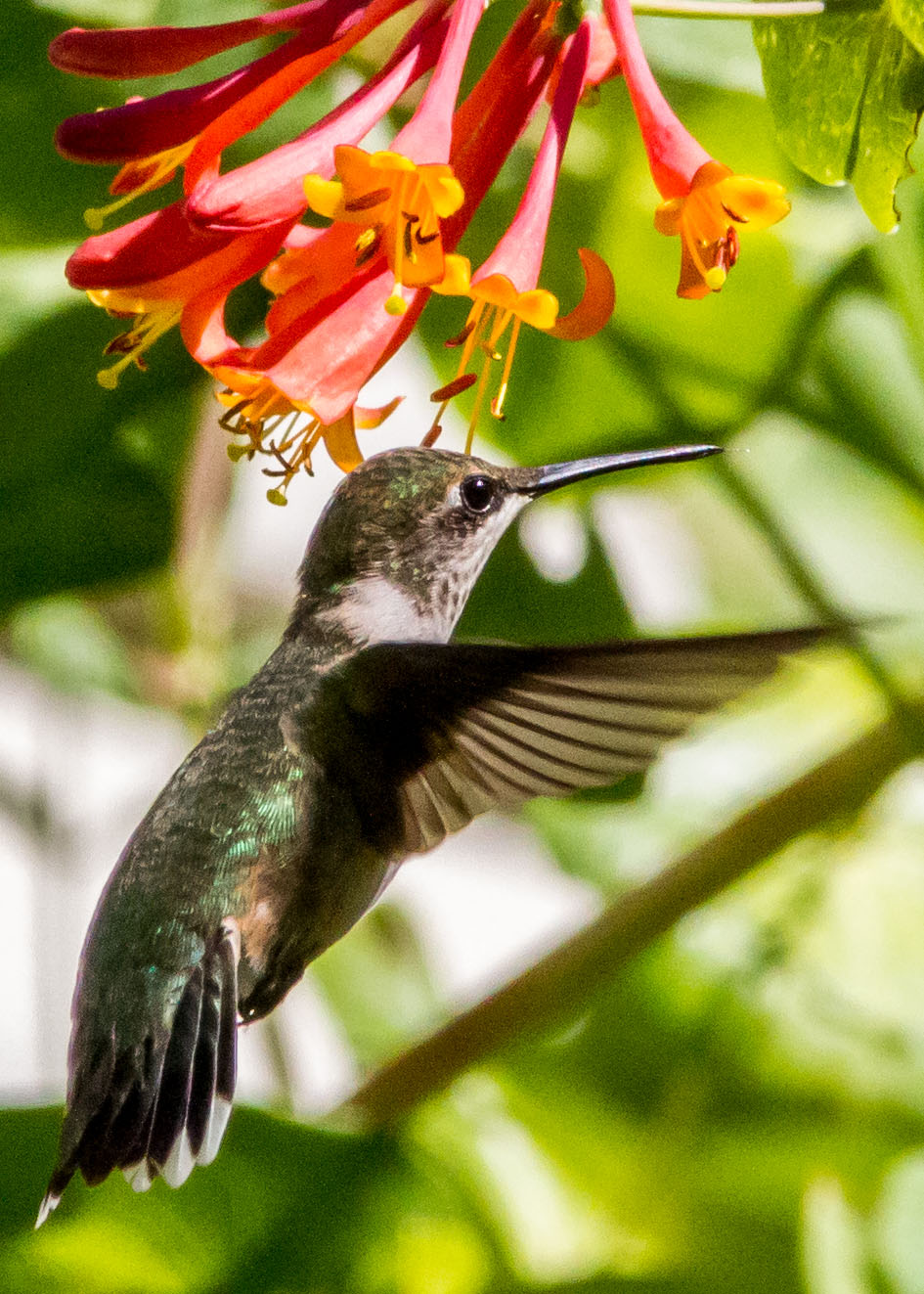 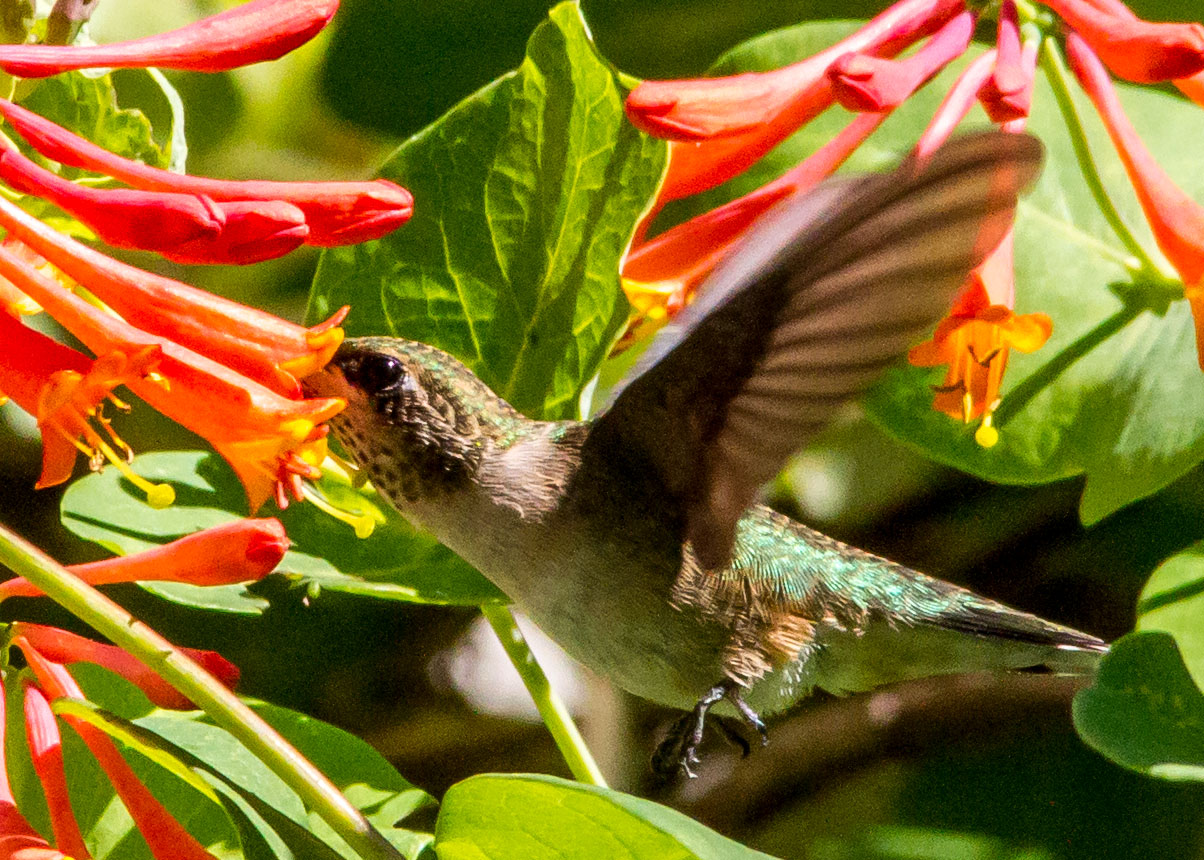 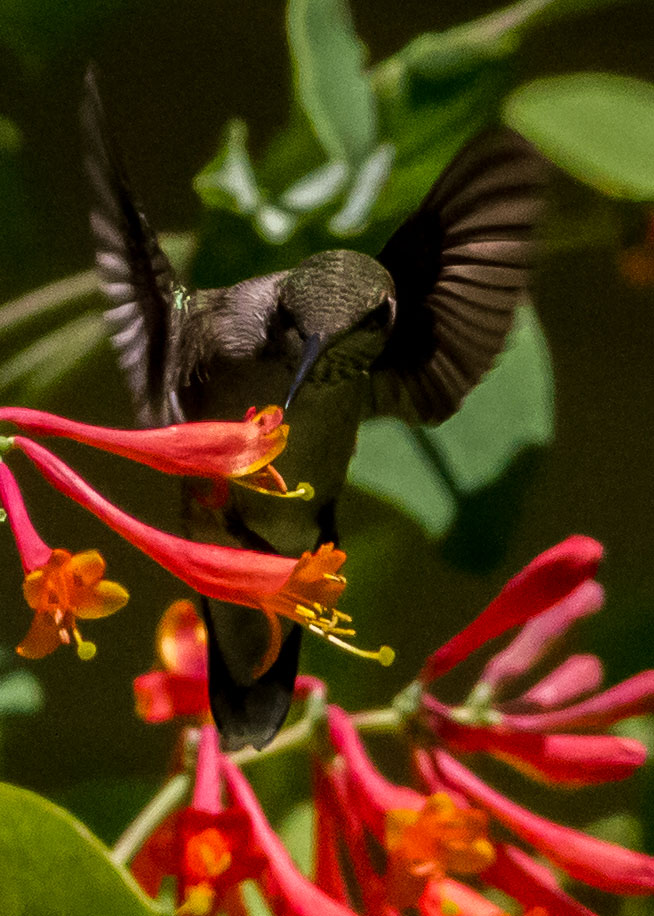 While zooming in on him, I noticed a honeysuckle branch off to the left wiggle once.  Then twice.  So I zoomed in on that . . . 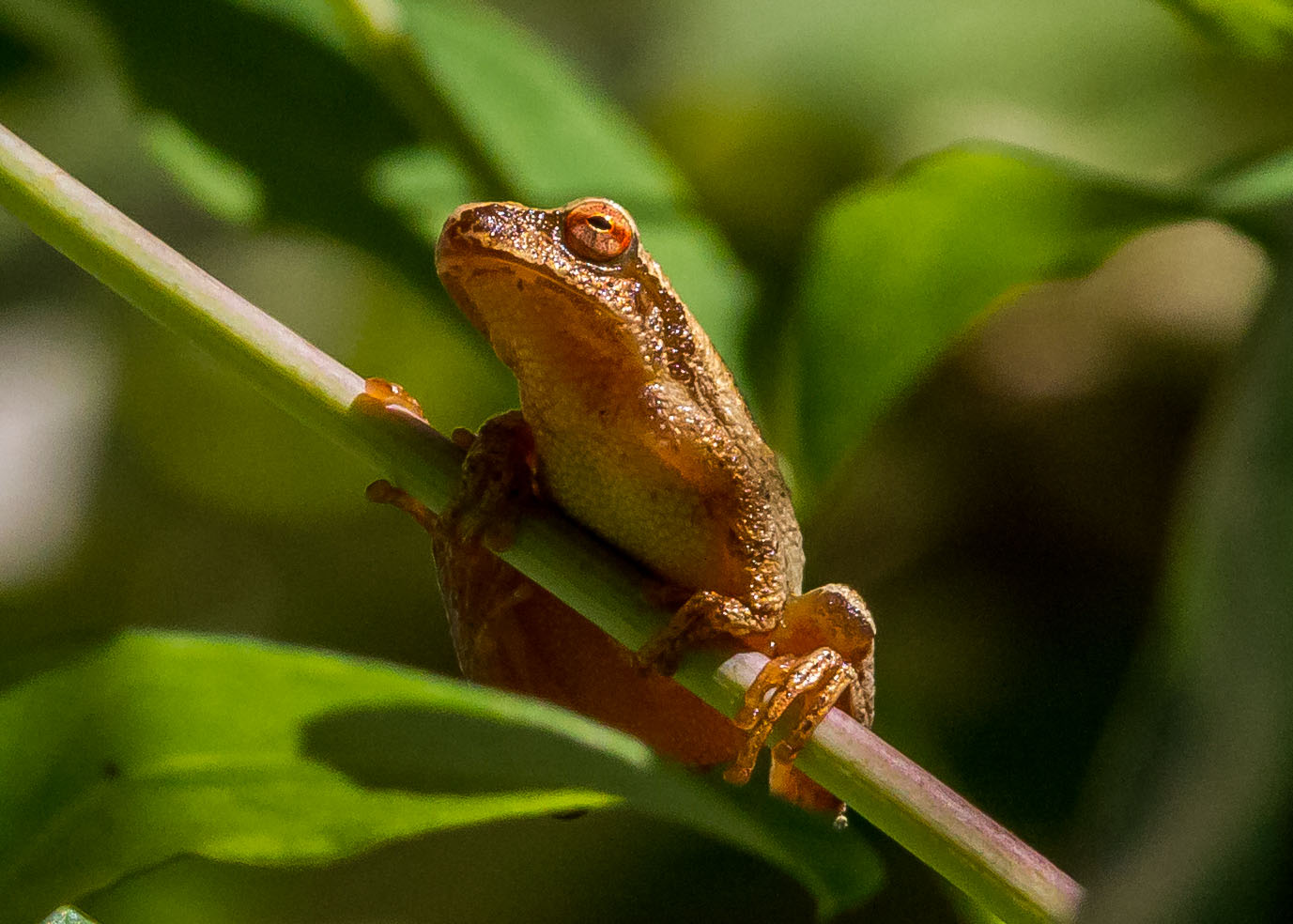 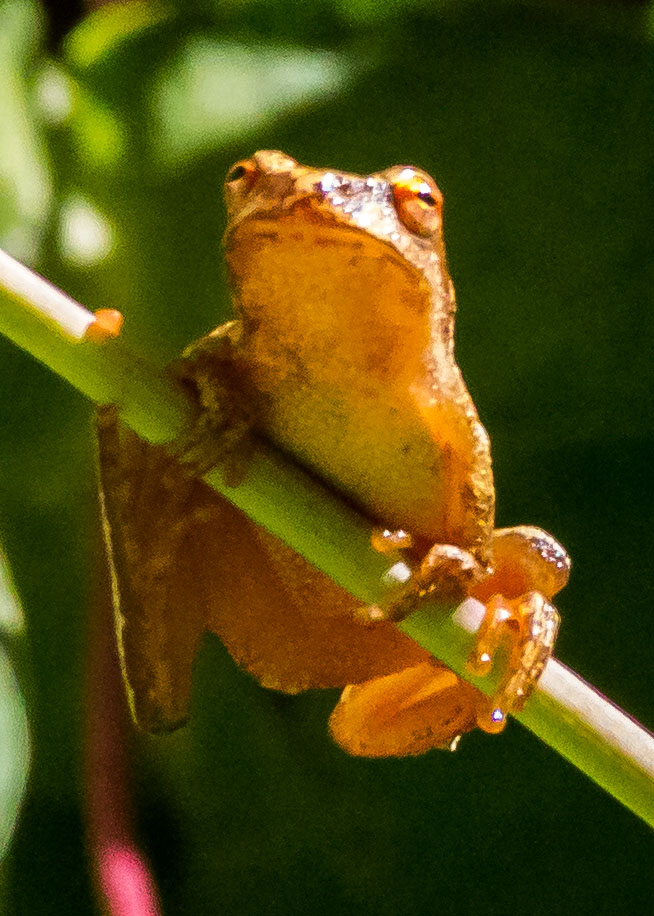 Isn’t he cute!  A spring peeper, perhaps?  There’s a pair who climb the side of the Wight House every night to dine together under my porch light.

Once out on the lake, it proved to be pretty windy, so I set off into the cove again.  Alas, I didn’t see the beaver or the Belted Kingfisher this time.  But I did catch a glimpse of the elusive heron . . . 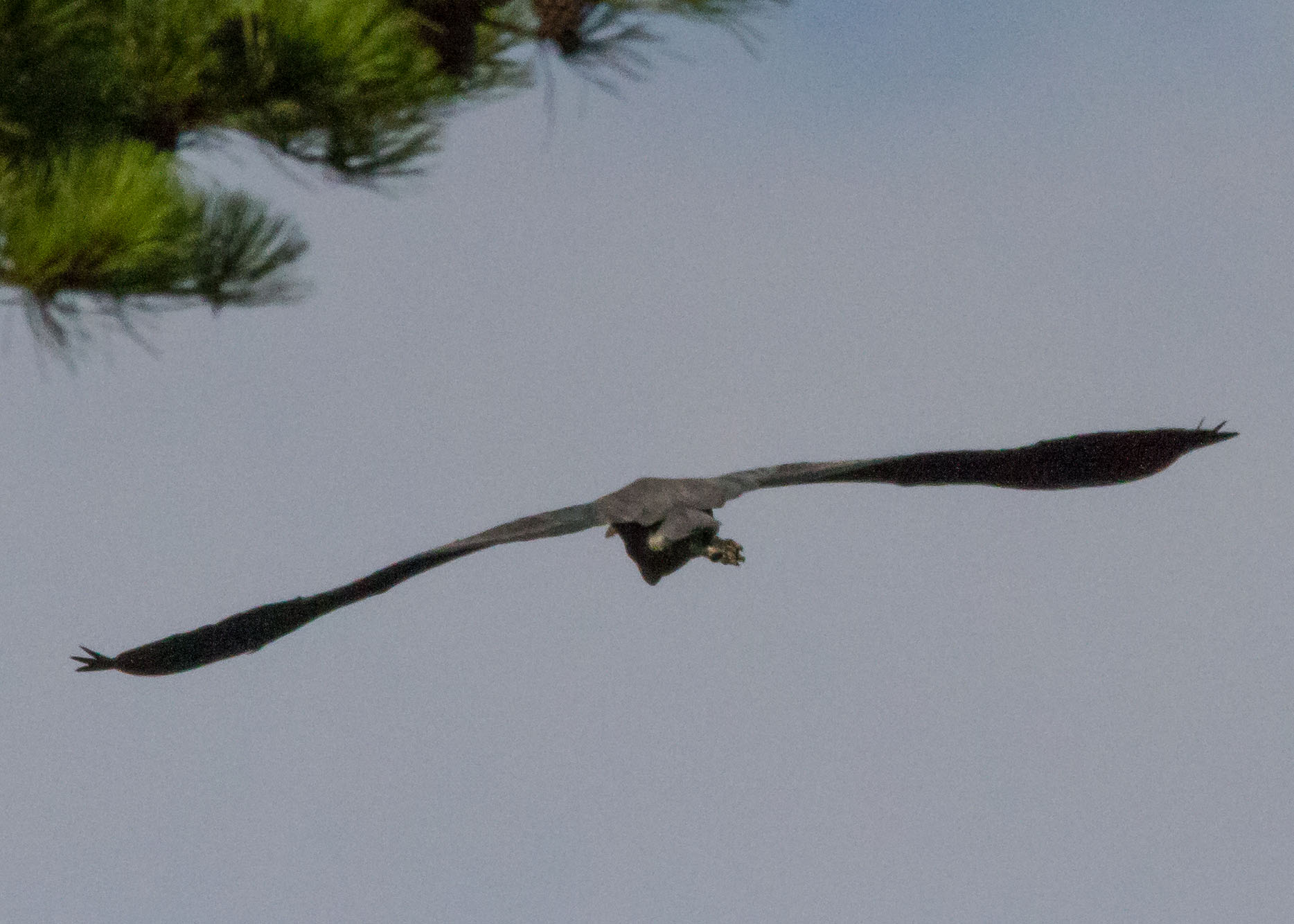 but only after all the little sparrows ratted him out and chased him from his perch in the tree.

Shortly after that, one of the eagle parents flew overhead towards it’s hollering eaglet. 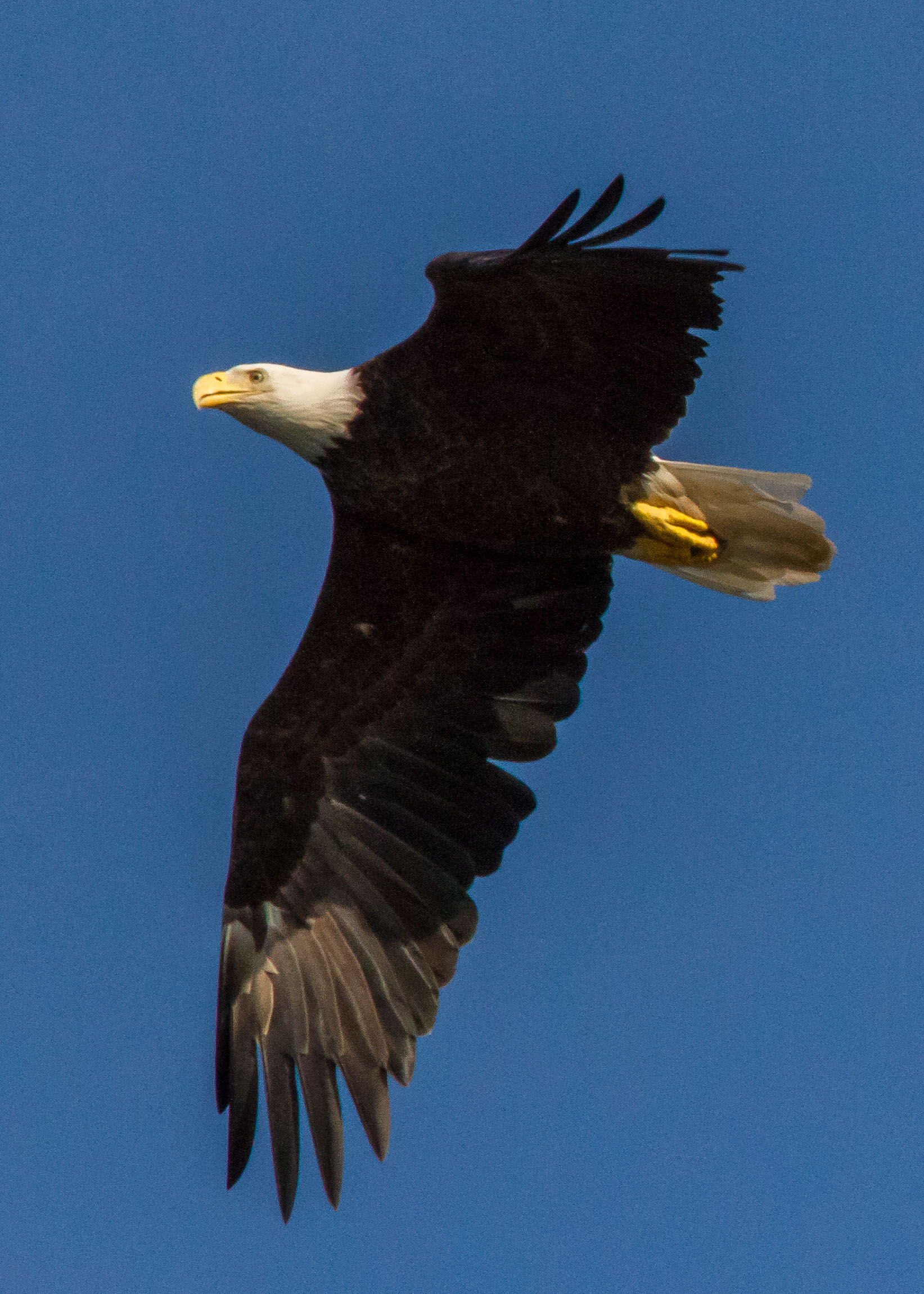 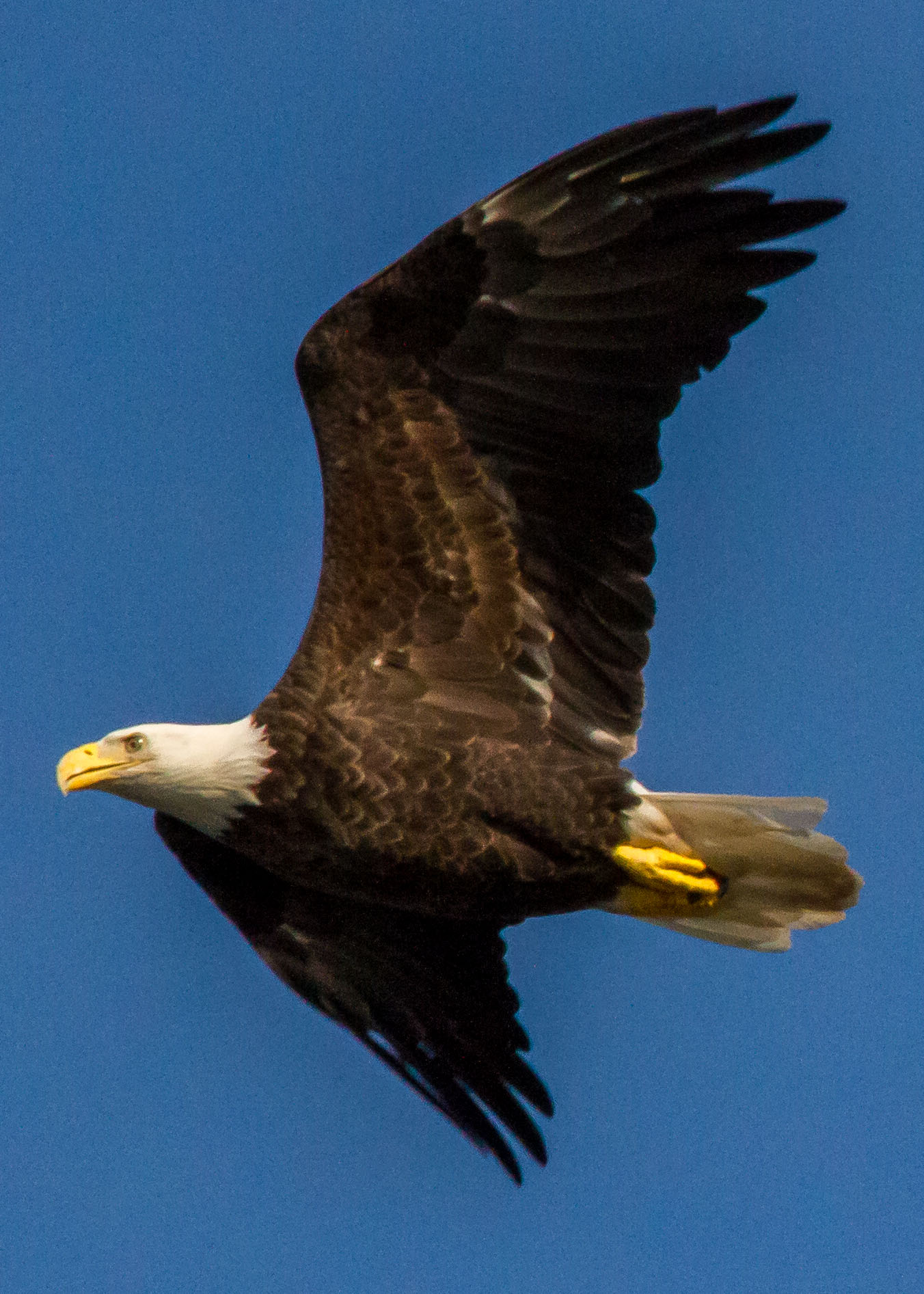 Notice there’s nothing in the adult’s talons.  It think she was just doing a fly-by to check in on her youngster.  But to my surprise, the eaglet took off after its parent!

It flew in a circle, banking right in front of me.  I was so startled, I didn’t have time to focus properly! 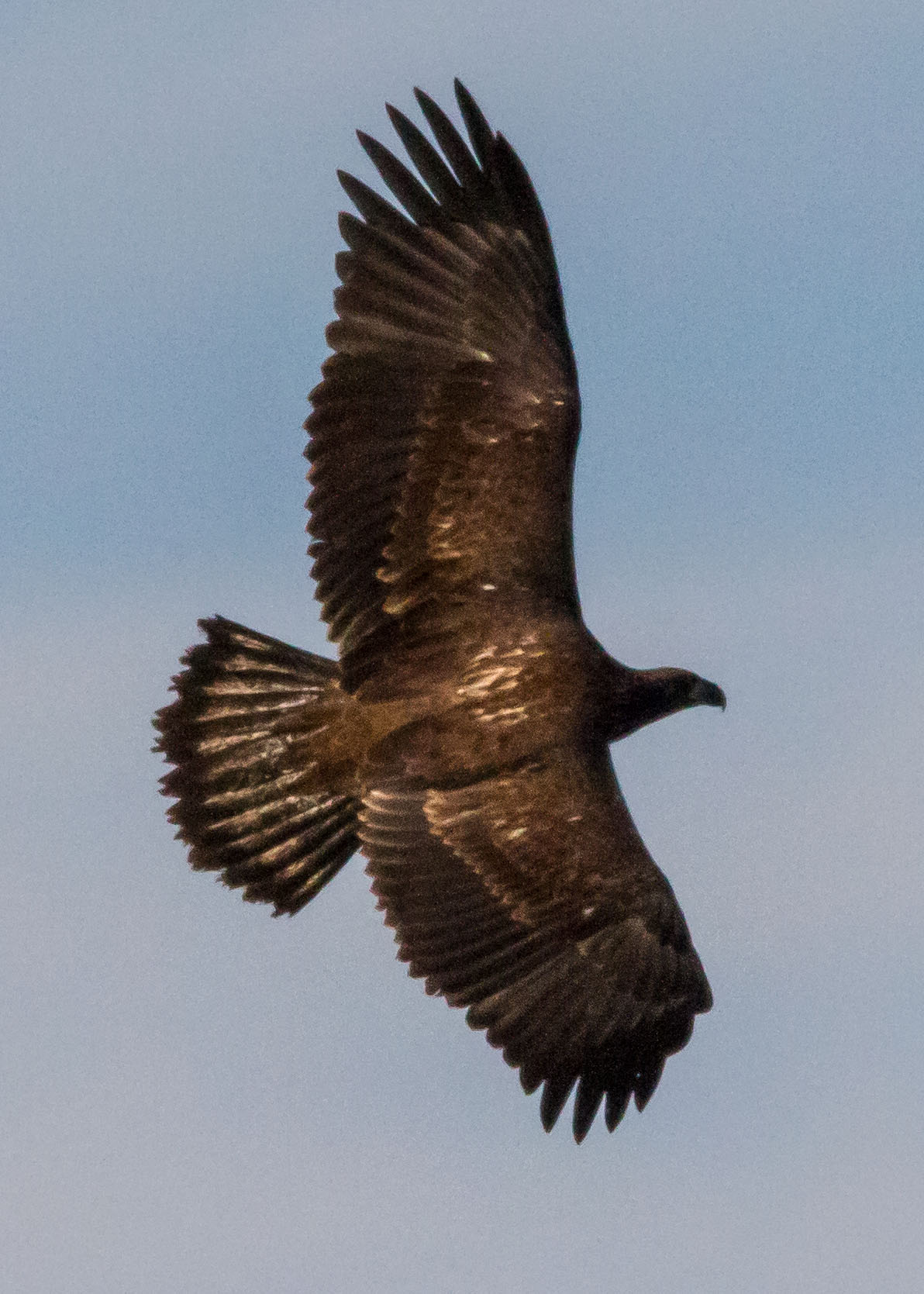 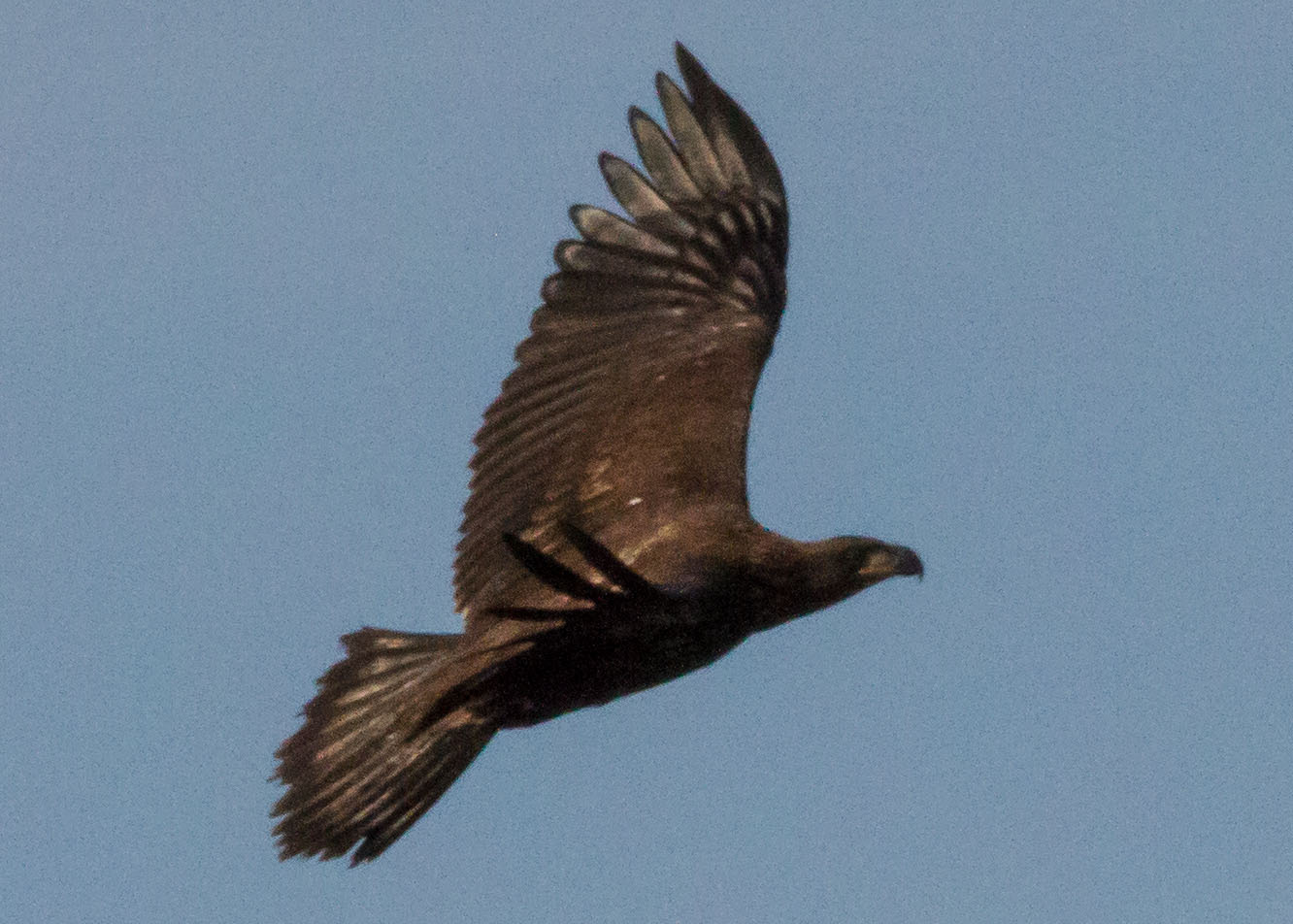 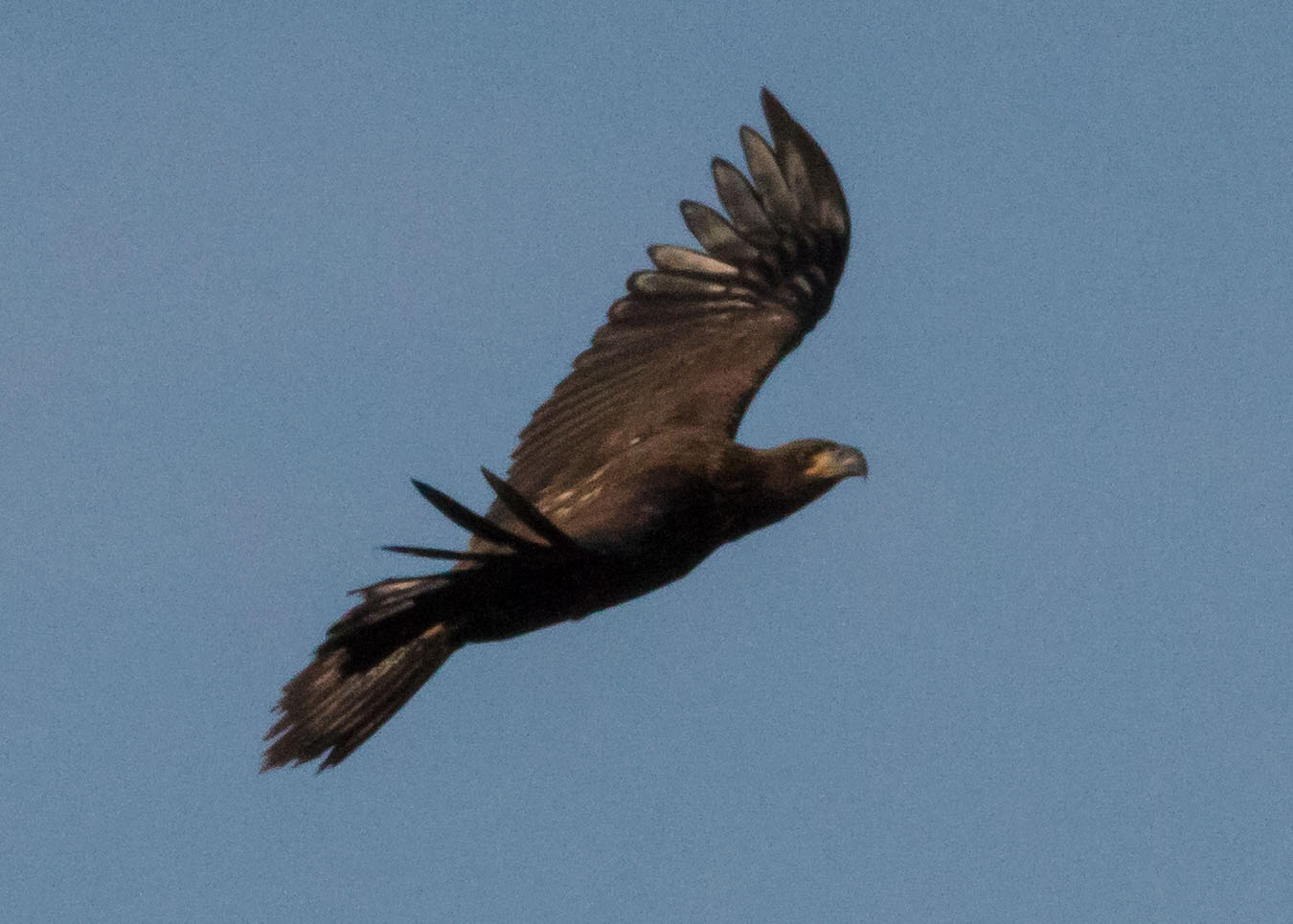 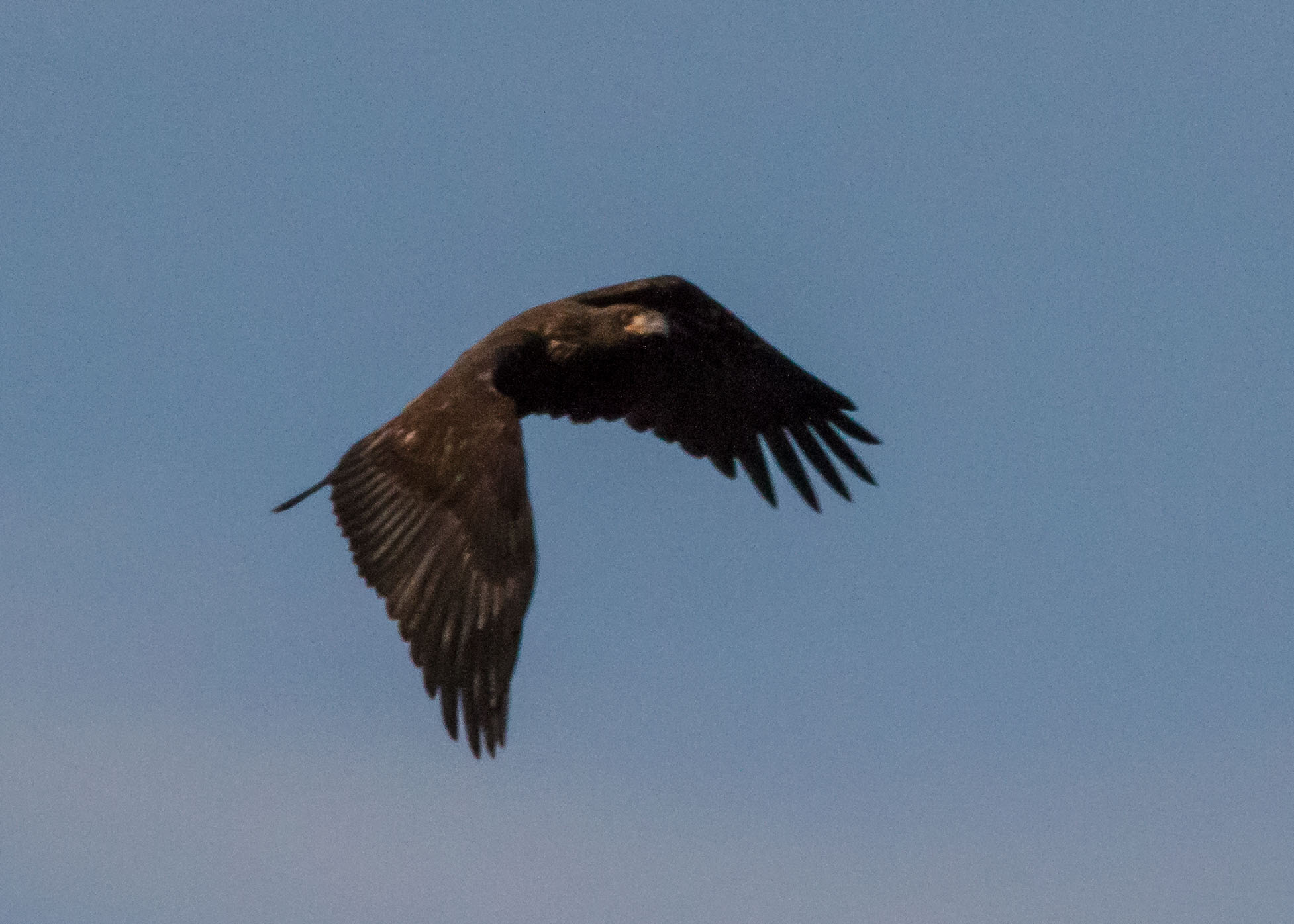 He finally went back to his nest and hollered some more.  I wouldn’t be surprised if he’s hunting on his own now.  That may have been the last time I get such a good look at him. 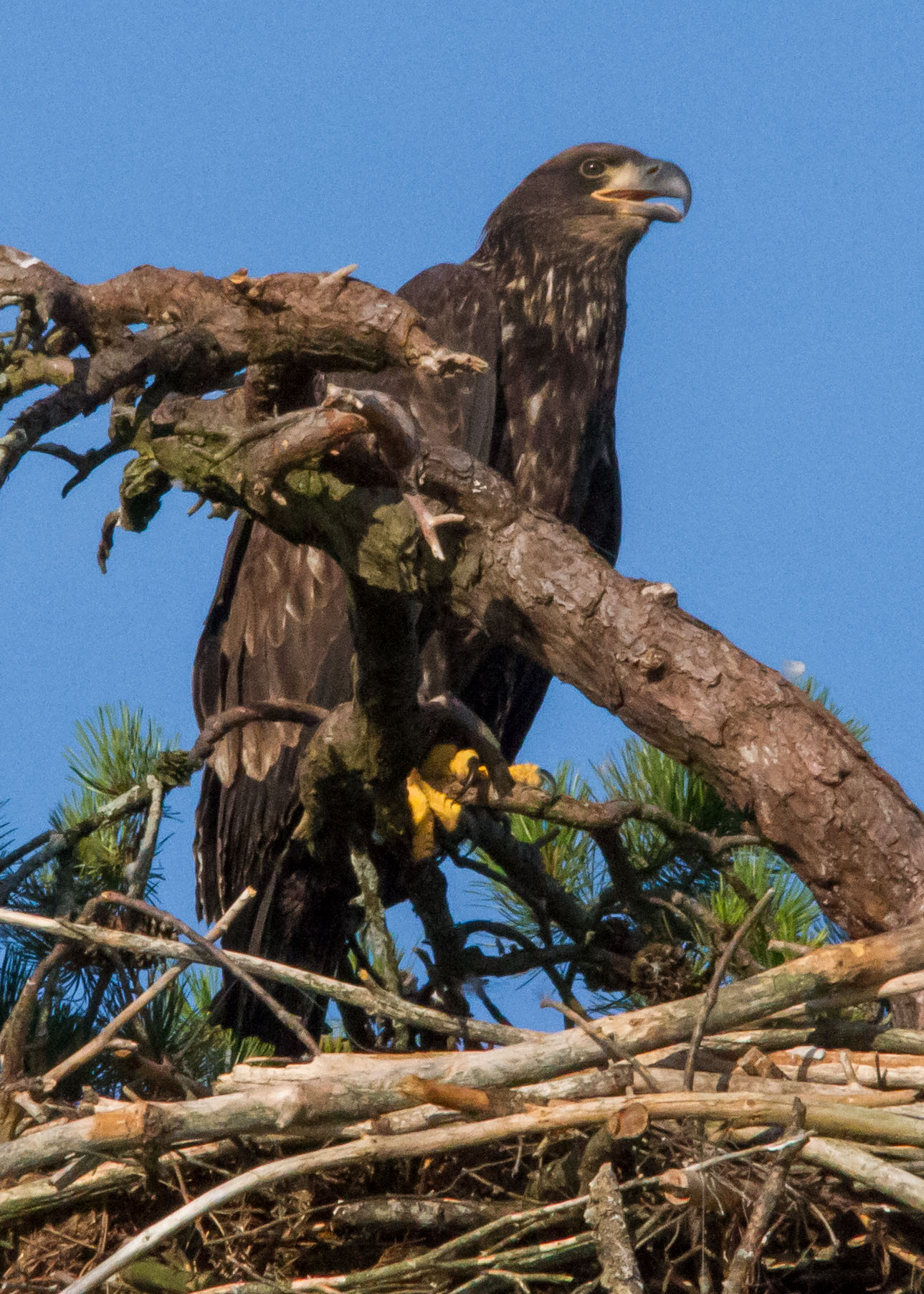 I never tire of watching the wildlife on our lake.  Every time I go out, I see or hear something new.

The launch for Cooper and Packrat is next Sunday, the 18th. The s’more ingredients are bought.  The raffle prizes sit waiting to be won.  Carl’s campsite is reserved.