I snuck away from the camp office today and was basking in the glorious sunshine while kayaking the lake, when I found myself face to face with Steve Yenco, photographer!  We’ve chatted on-line over our wildlife photos, but had never met in person before.

We were talking about eagles, loons and our cameras, when suddenly, I saw a flash of white from the corner of my eye.  I raised the camera to snap a few quick photos. 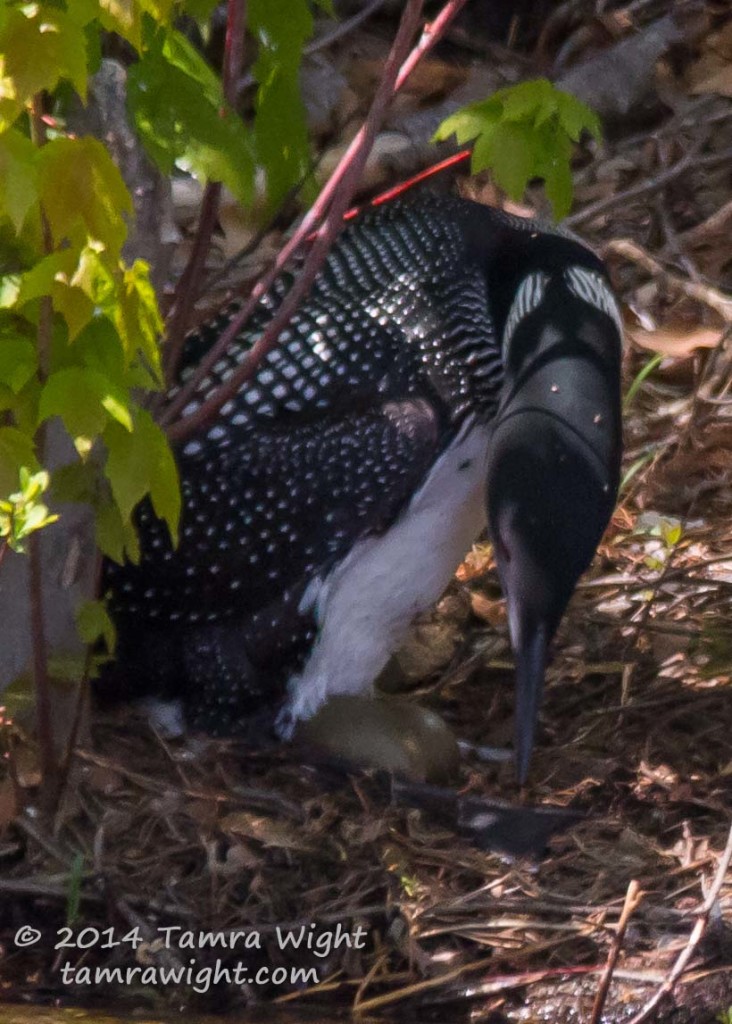 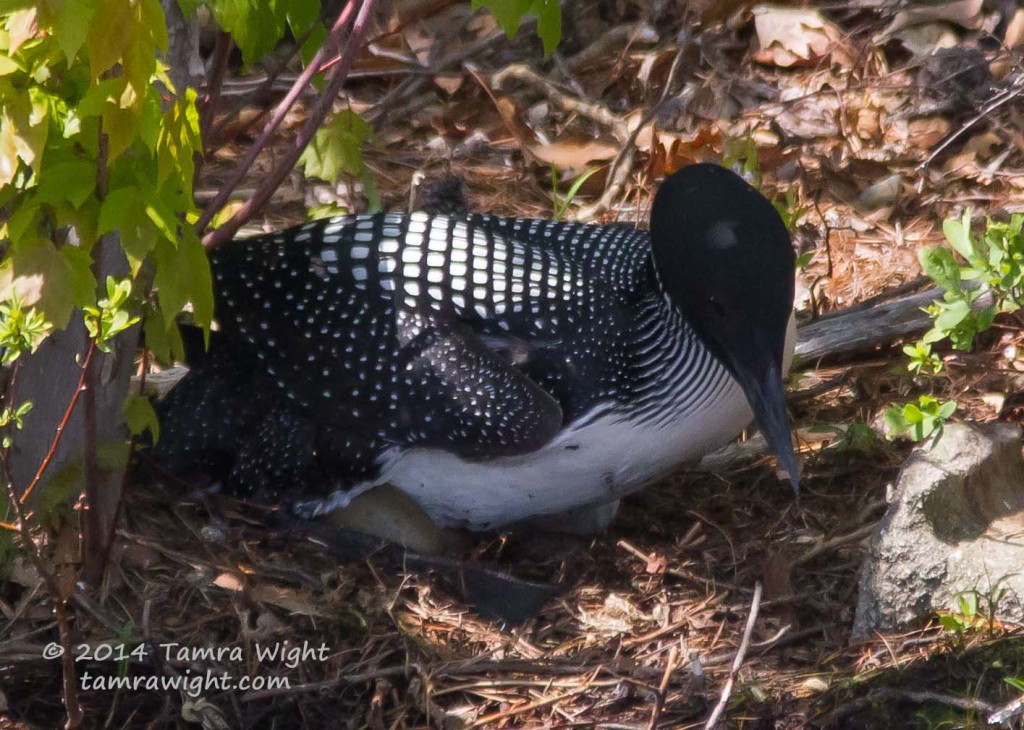 Our chatting about the loon,  didn’t seem to bother her in the least. 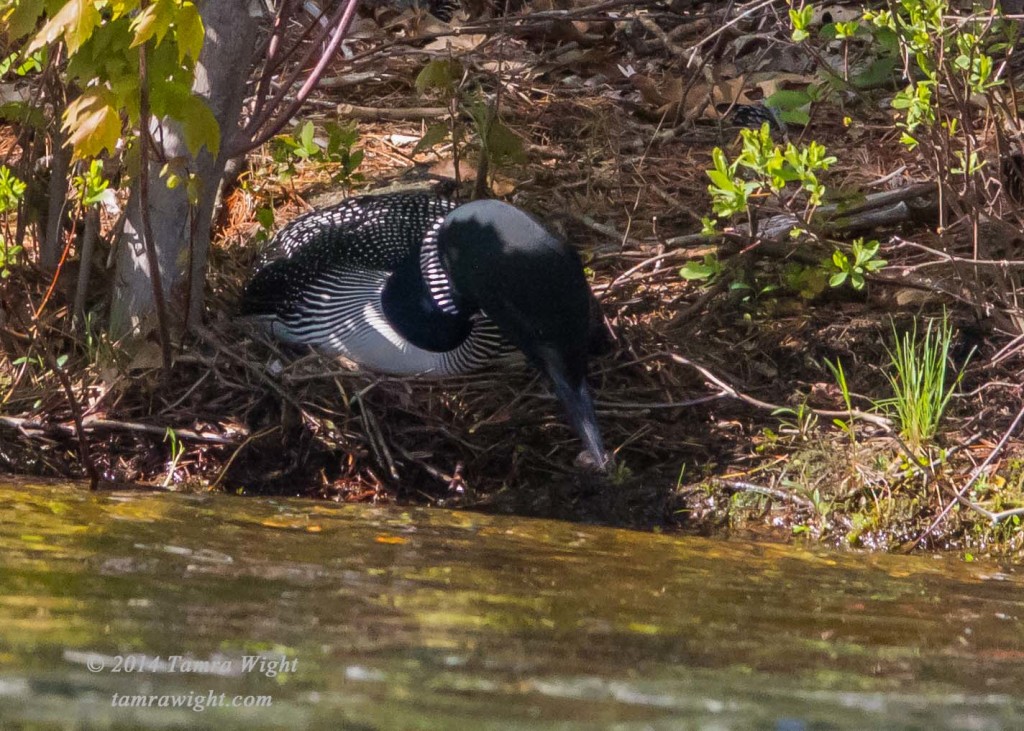 A few days before, I captured the photo above and the ones below, of the loon pair checking in with each other.  The one on the nest seemed very interested in the little rock beside it. She picked it up and moved it a few times as I watched. 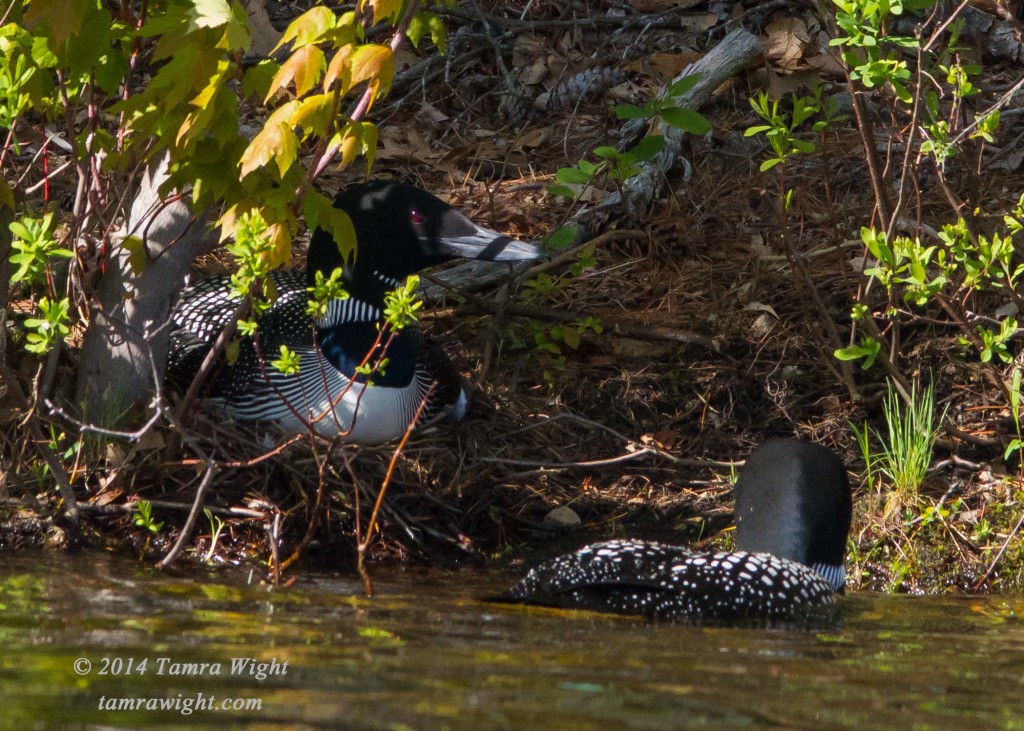 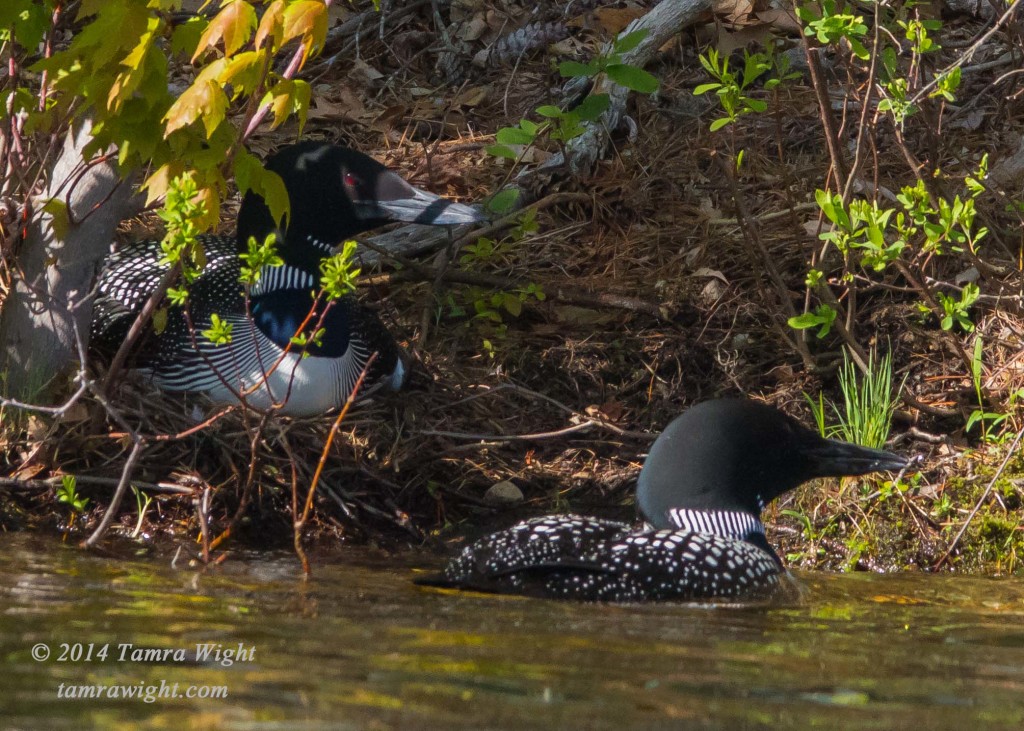 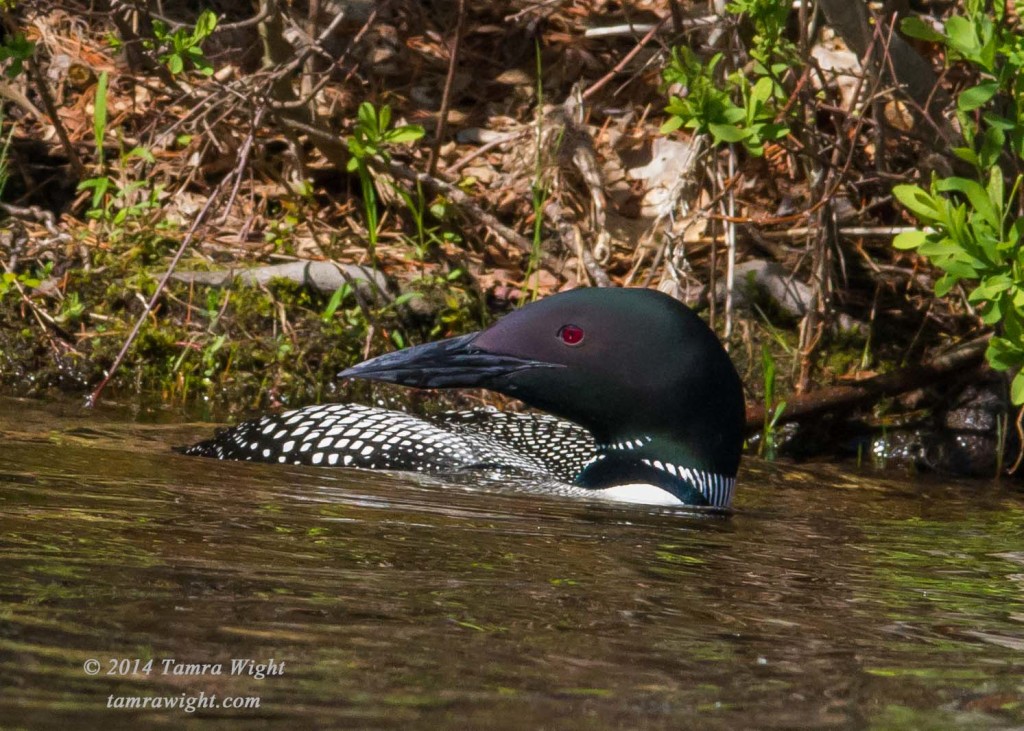 Only two more weeks to go before those chicks make an appearance.  I’m biting my nails, one by one, worried about the water level.  It’s gone up significantly since they first nested.  If you remember, last year they didn’t incubate the eggs successfully, in spite of the fact they tried twice; once with two eggs, and then again with one.

The year before that, one egg hatched, but the second was caught in the rising water of a rainy, rainy spring.   That one chick survived, though.  A very bright spot in the summer, indeed.

I will keep you all posted on my findings.  If that darned rain ever stops appearing in the forecast!

This entry was posted in Wildlife Sightings and tagged birding, Cooper and Packrat, loons, Wildlife. Bookmark the permalink.