Once school started, I didn’t get out on the lake as often.  But when I did, the fall foliage views were amazing! 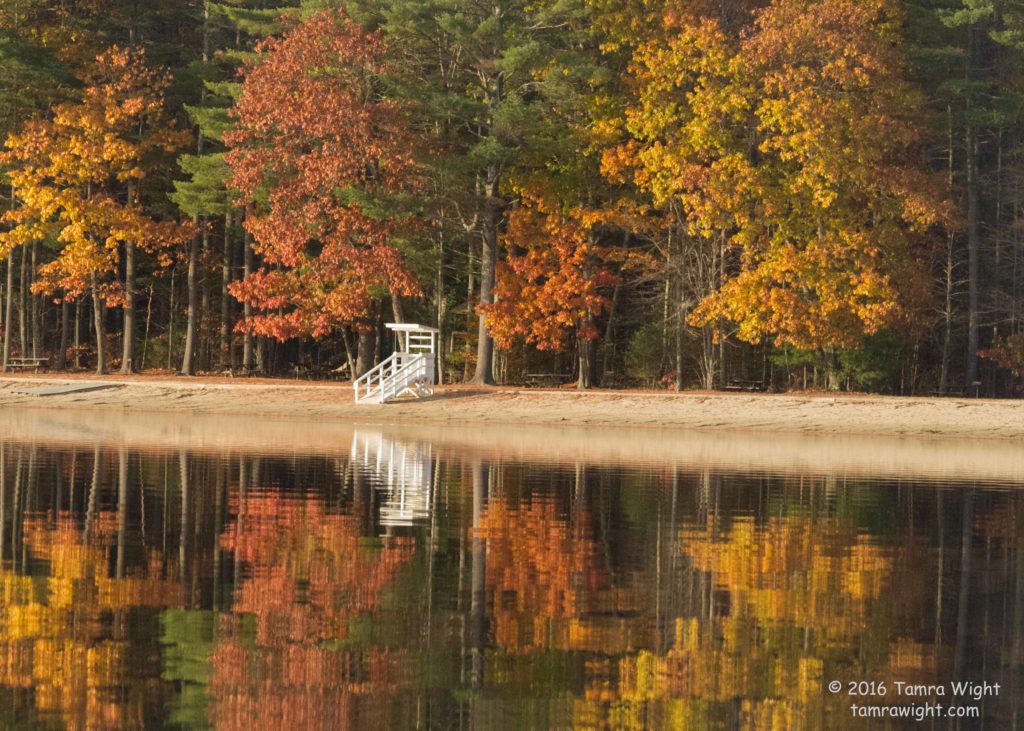 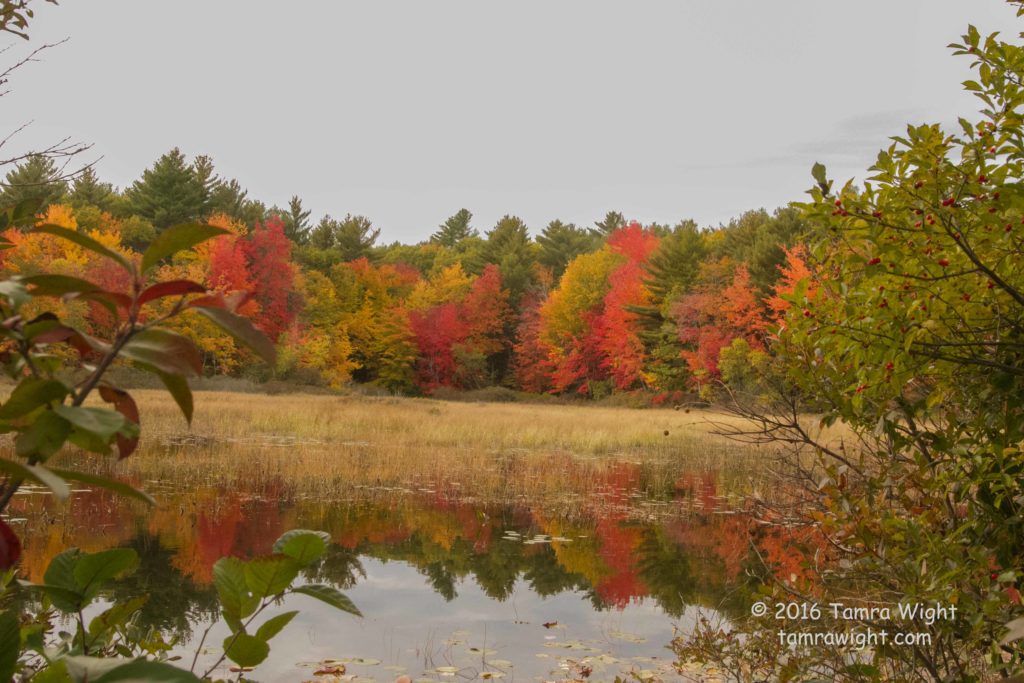 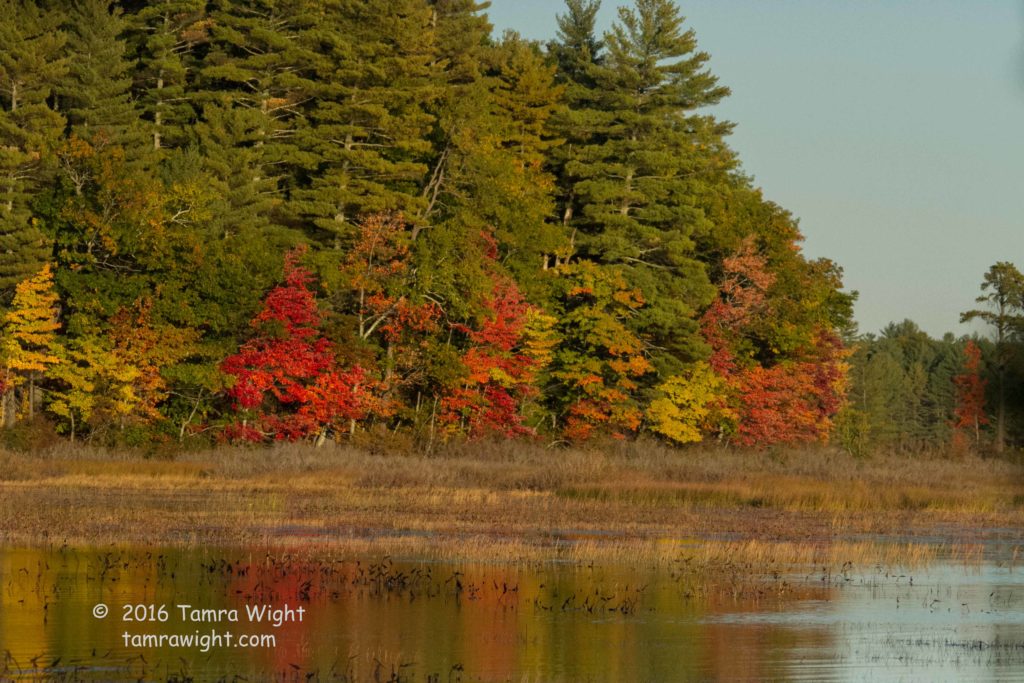 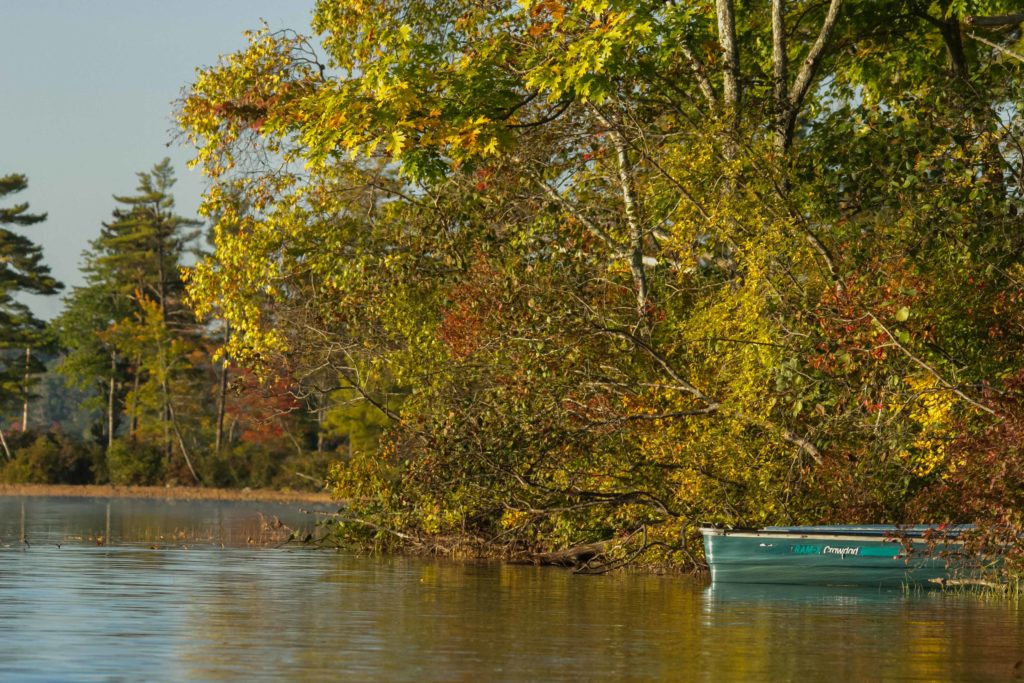 The lake was quieter now. As was my campground and the State Park.  And every time I went out to see my loons I wondered if it would be the last time.

The adult loons look a little different in September and October. 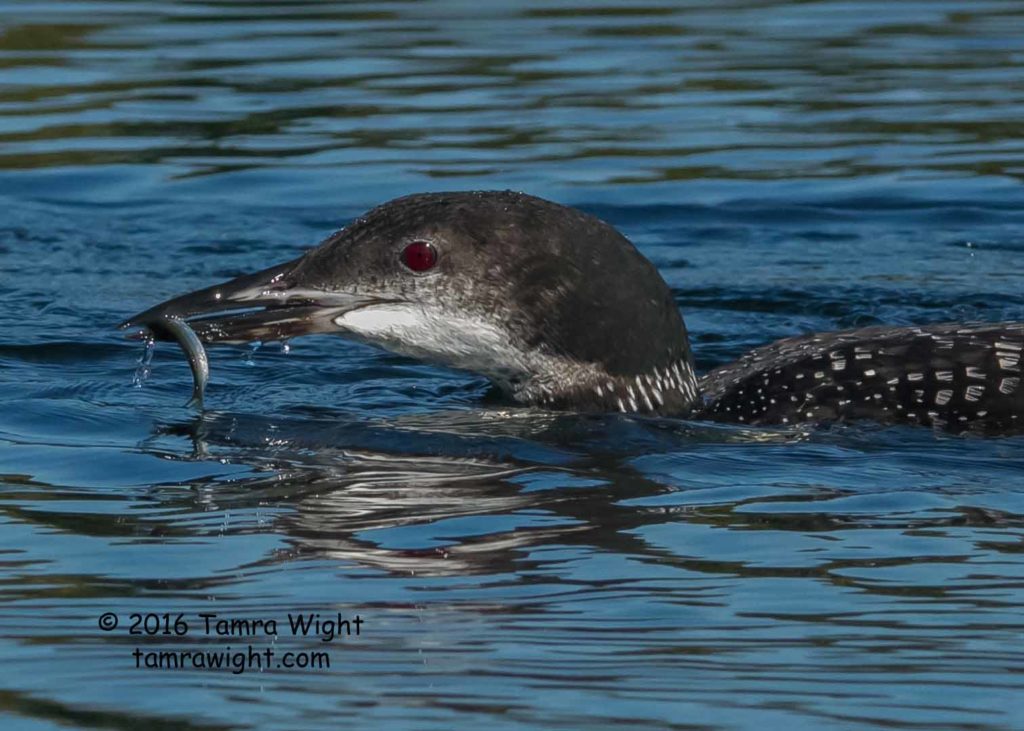 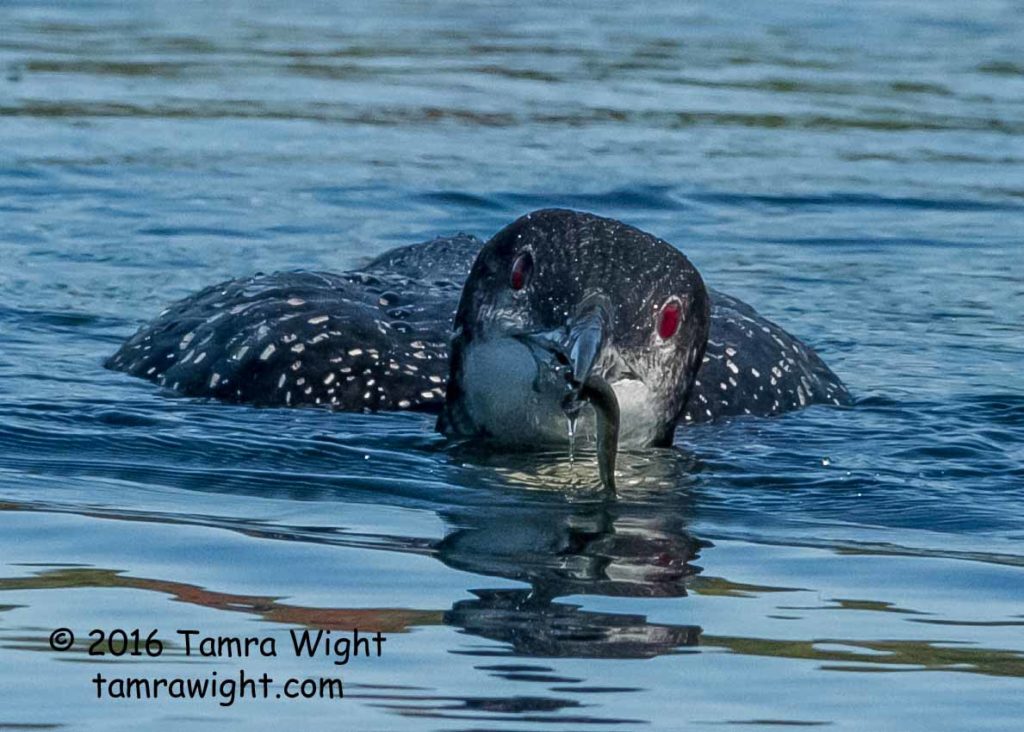 And even now, when the chick can feed itself, the parents still brought fish to it now and again. 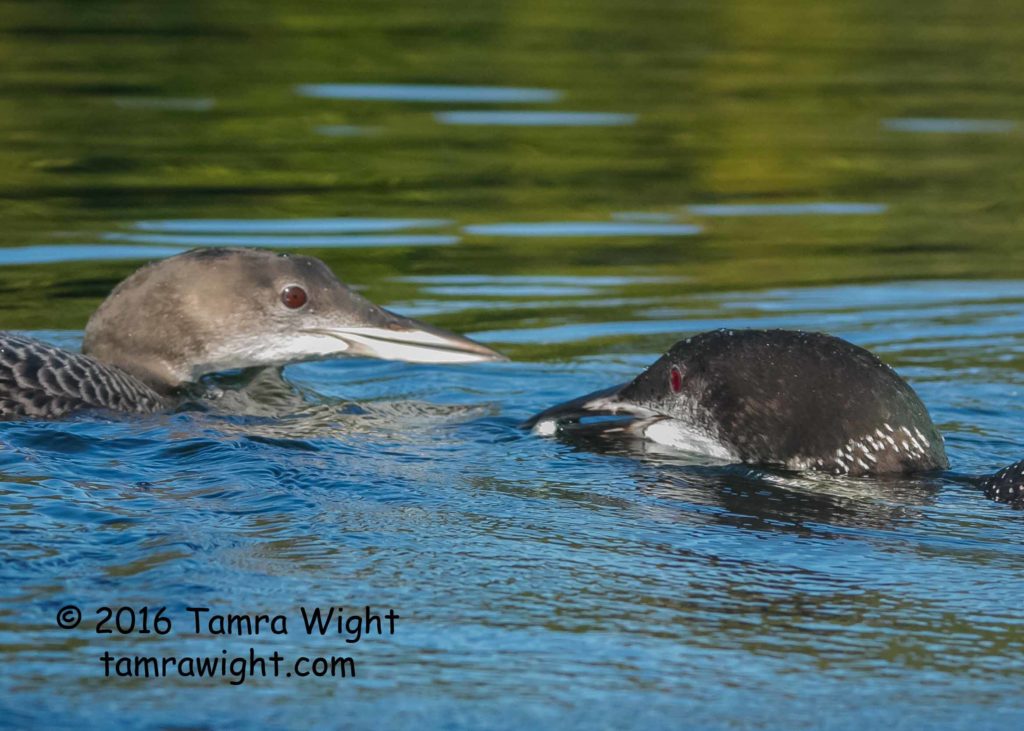 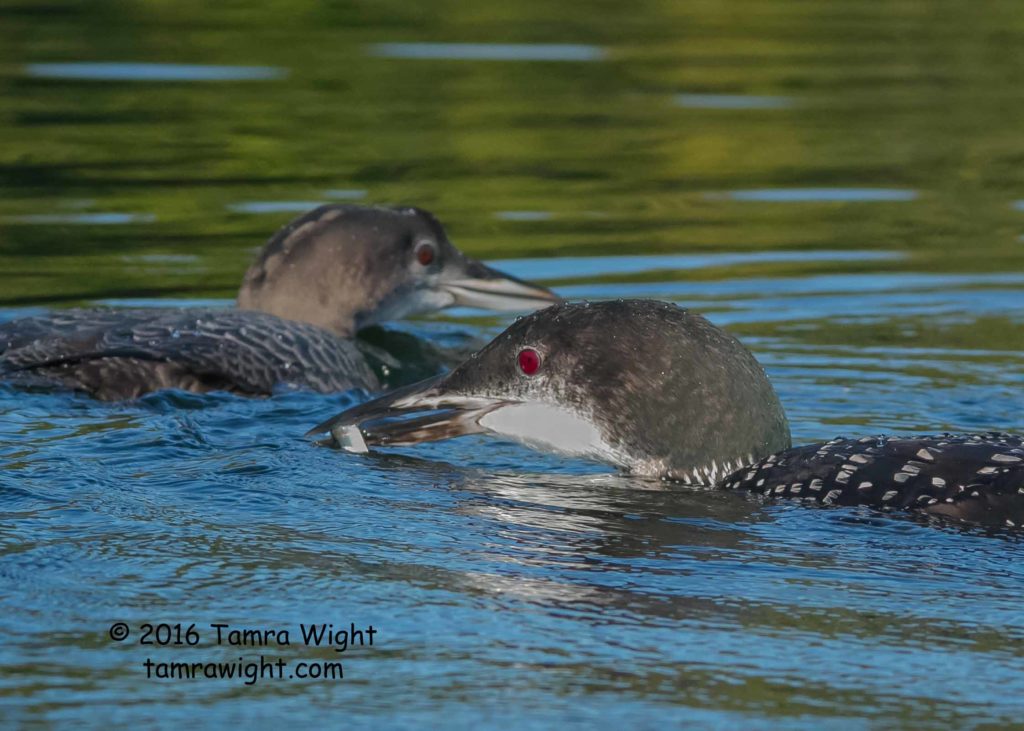 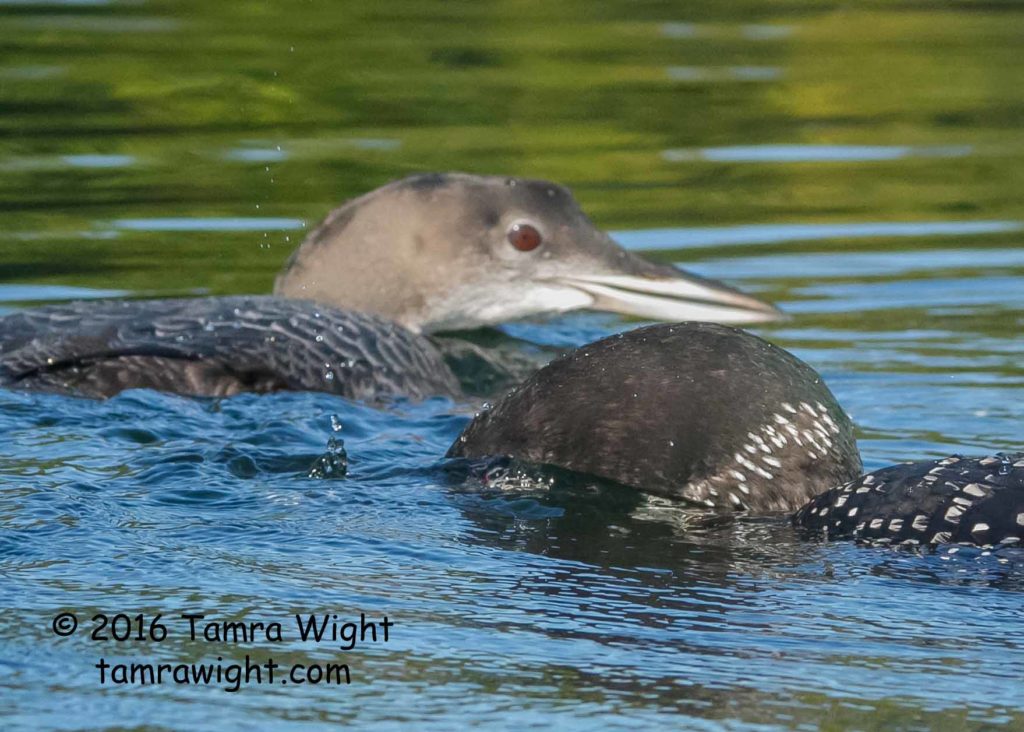 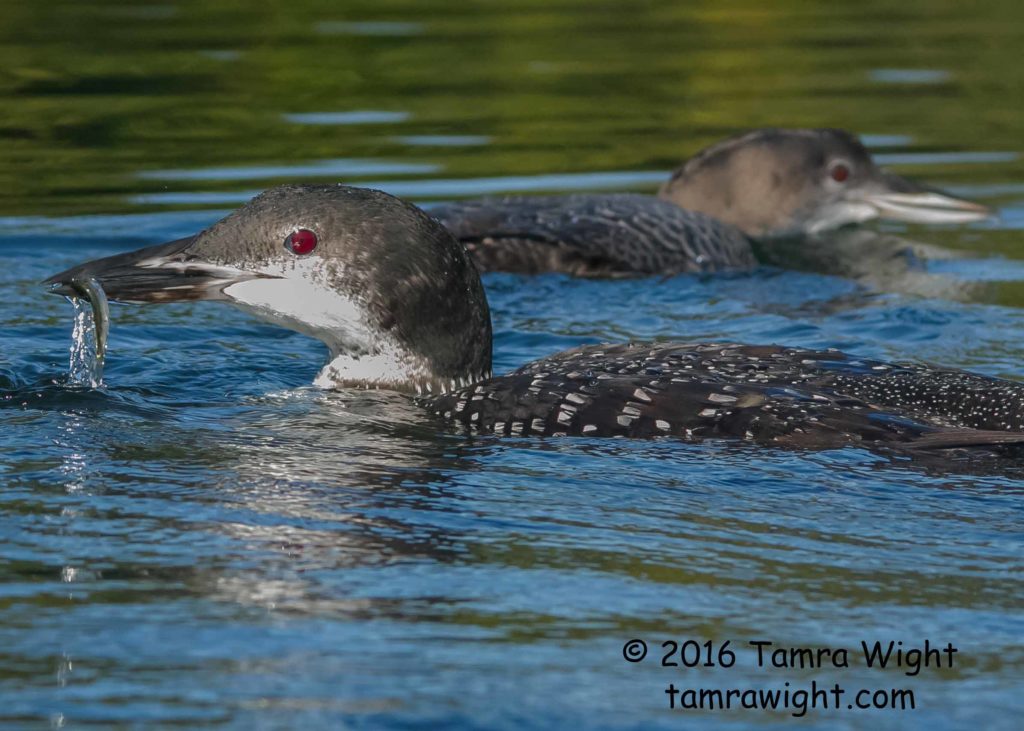 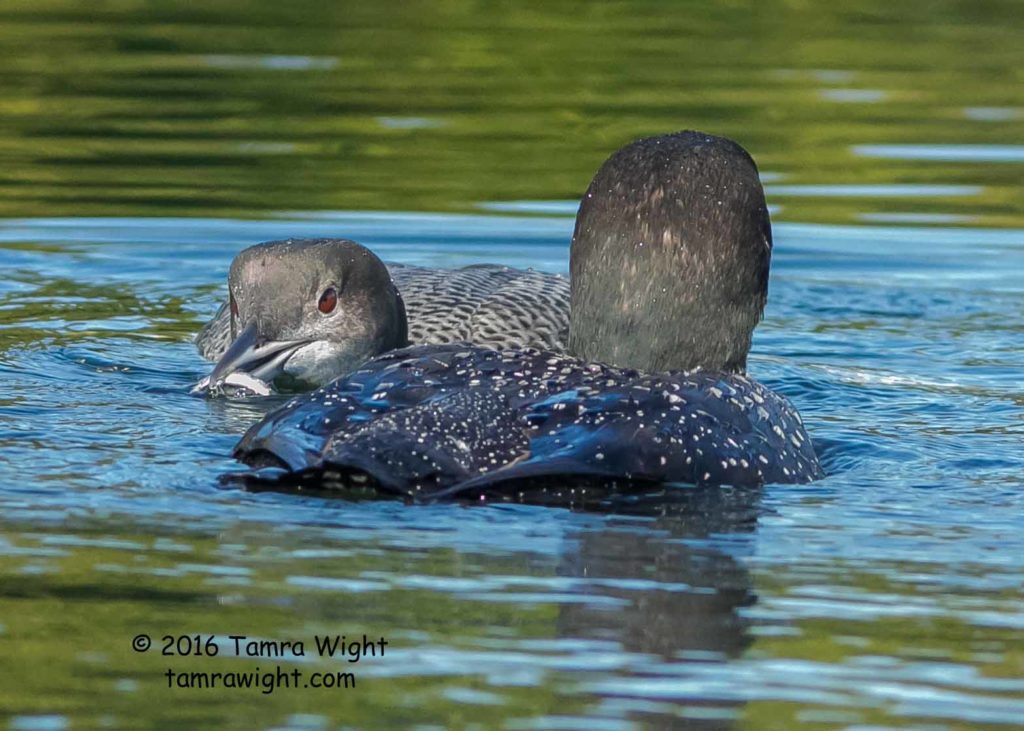 Look!  The chick is as big as its parents, too! 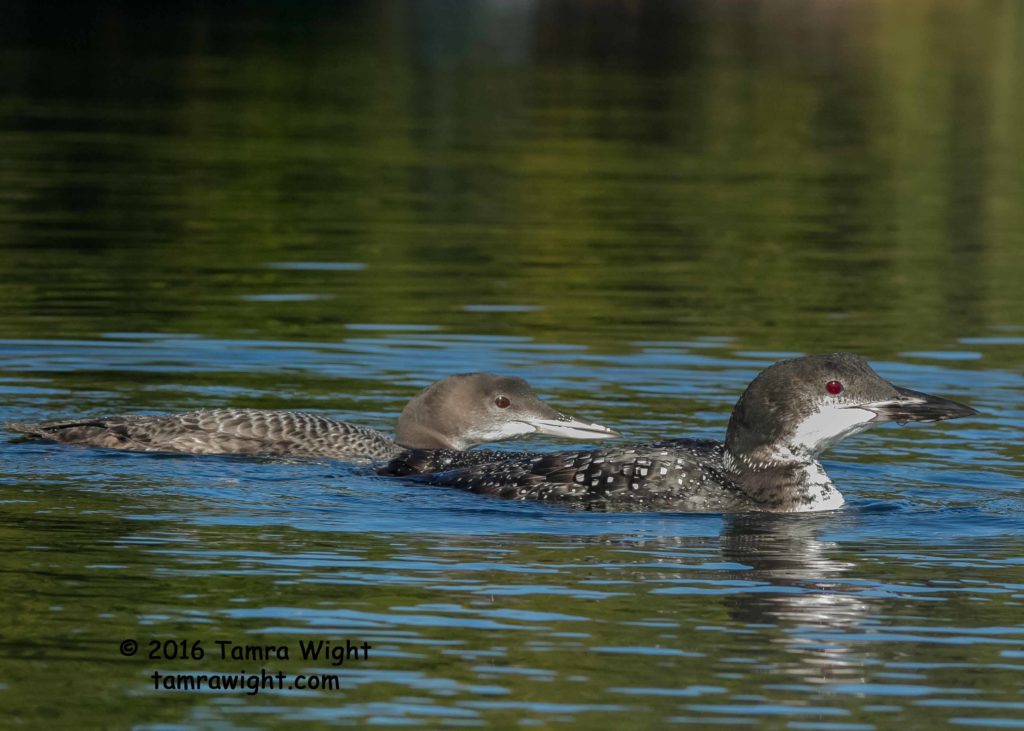 They’ve taught it all it needs to know. They’ll fly separately to their winter home, the adult leaving first. The chick following several days later. 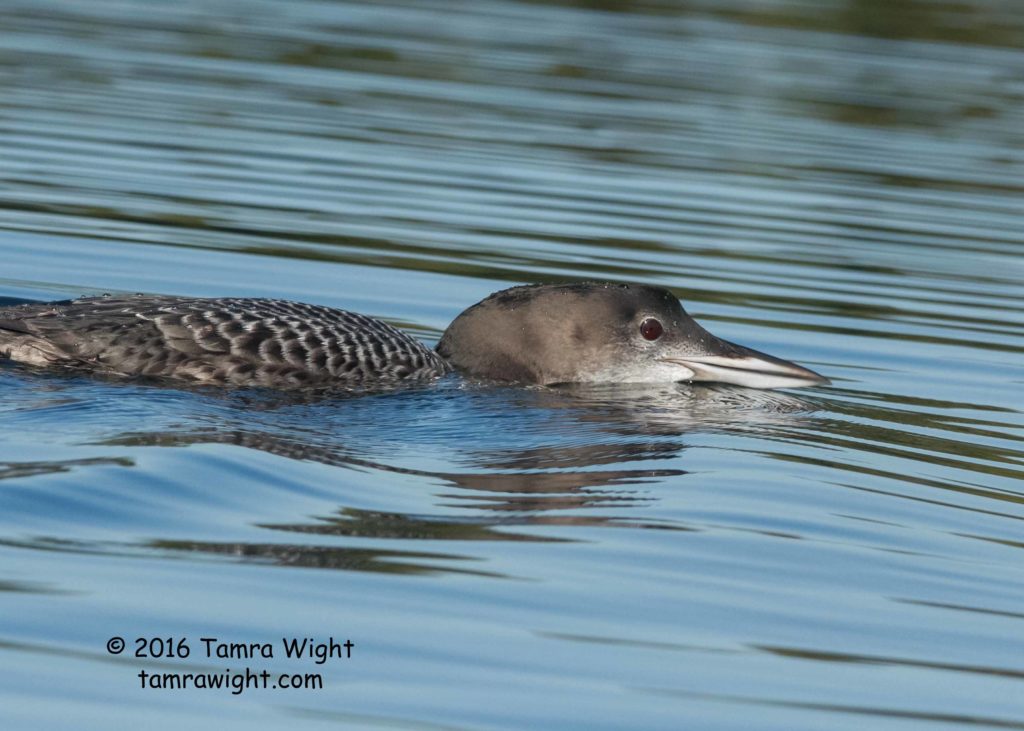 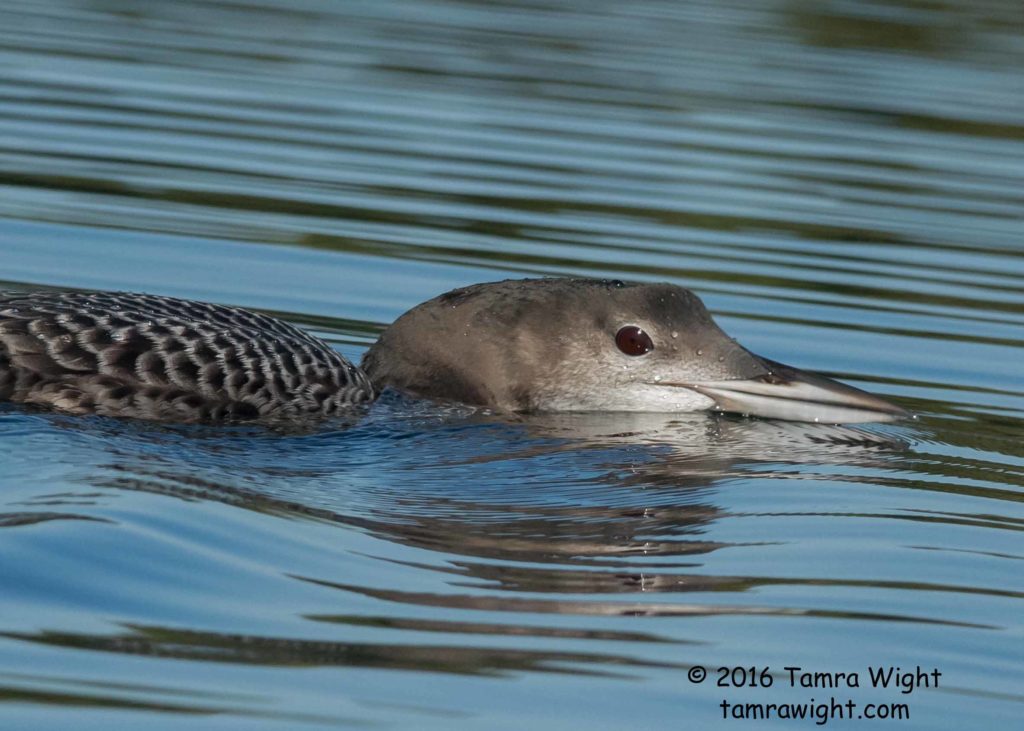 One day, early October, with the warm Fall breezes and the late afternoon sun, I watched the adult catch a large fish while the chick was off diving and preening. 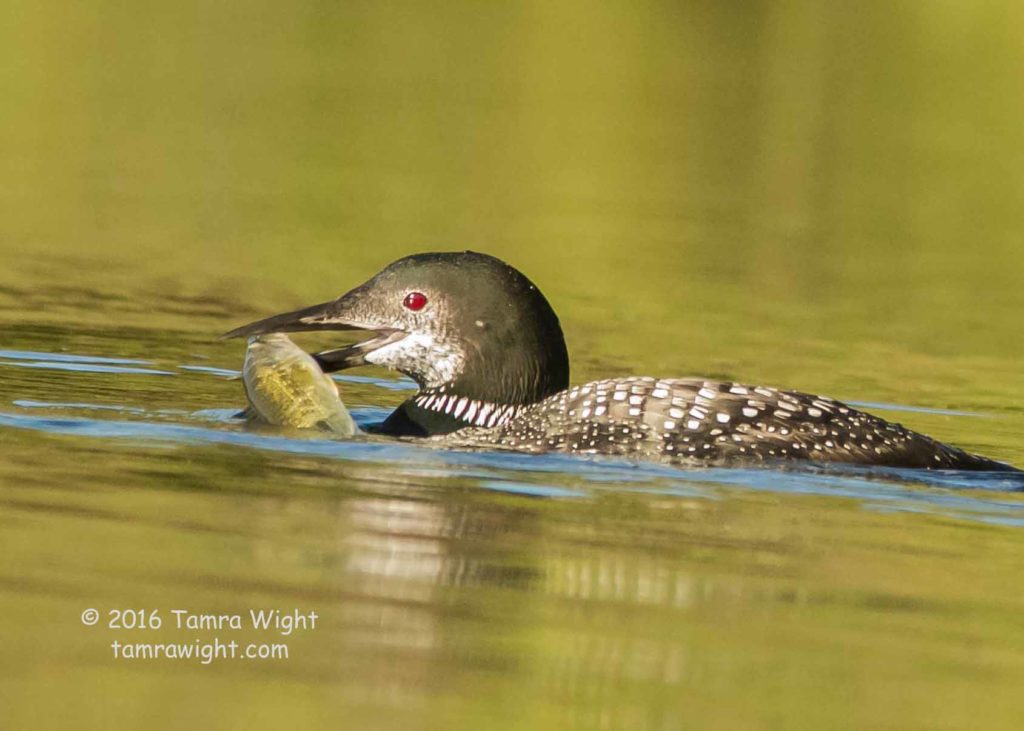 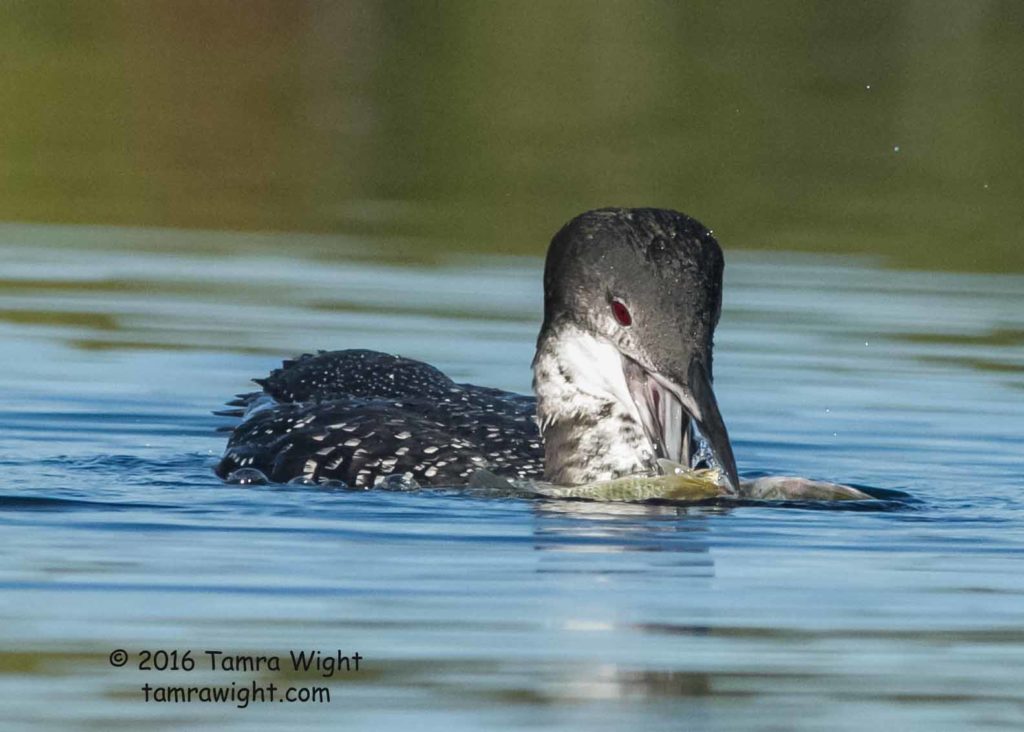 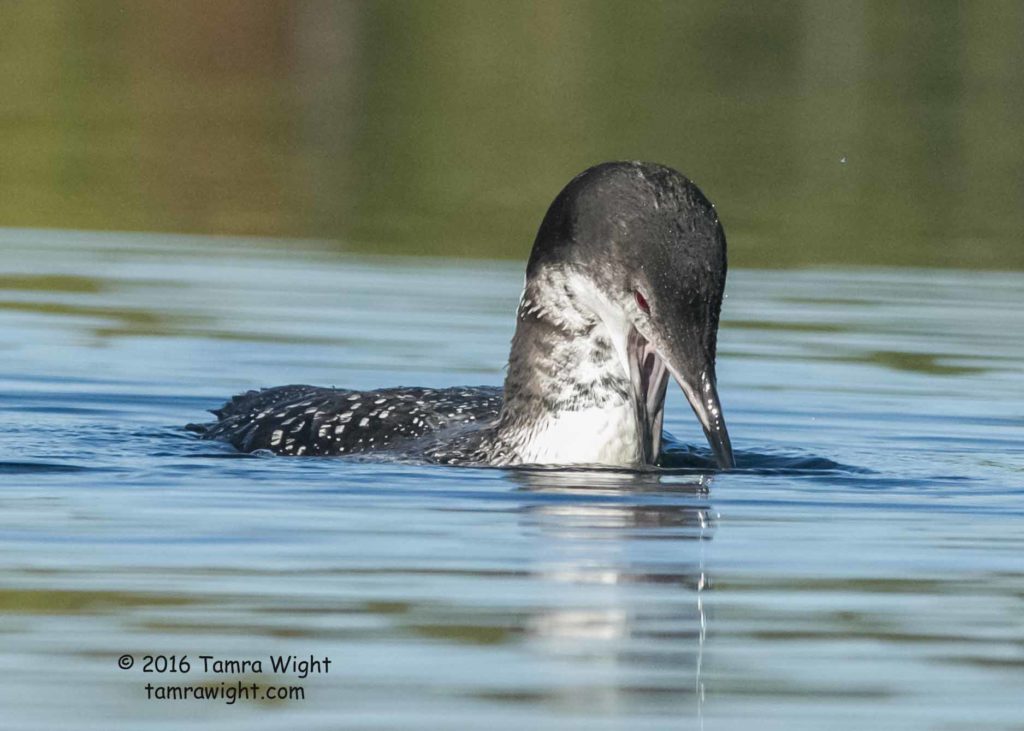 It dunked the fish, turned it and dunked it again. At first, I thought the loon was trying to attract the chick to eat it. 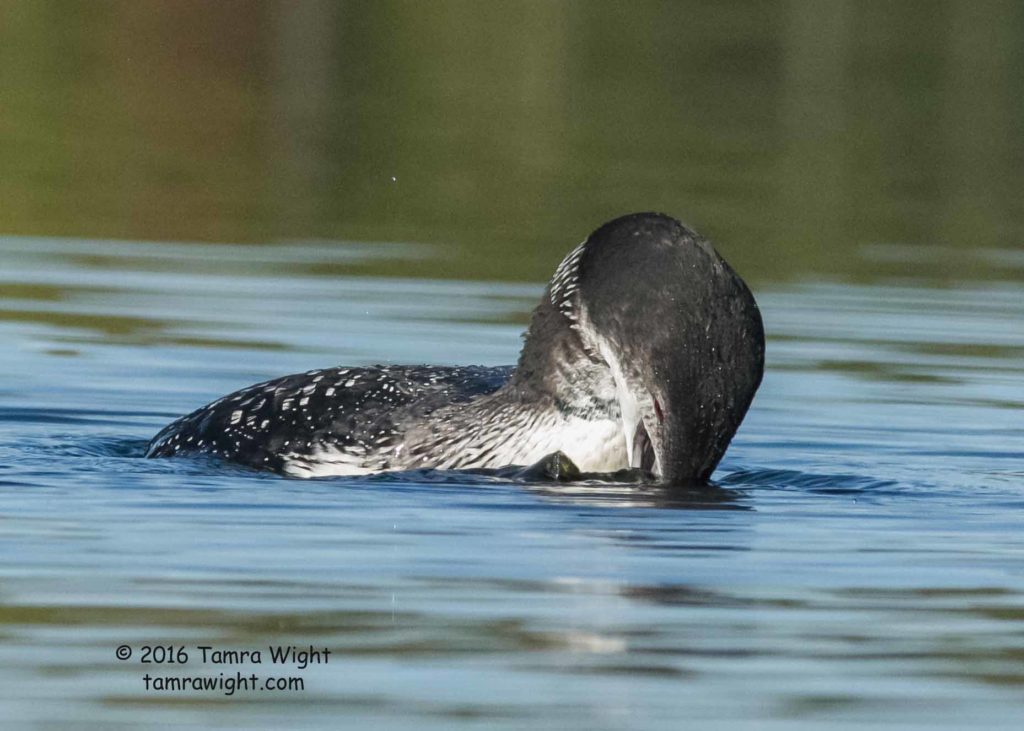 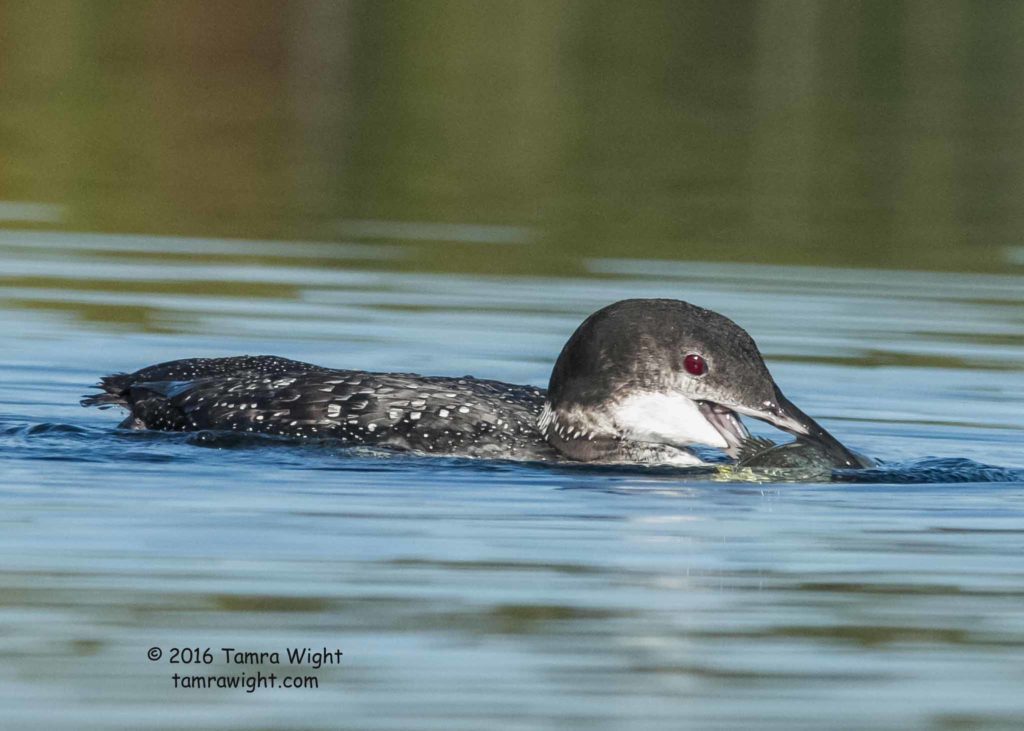 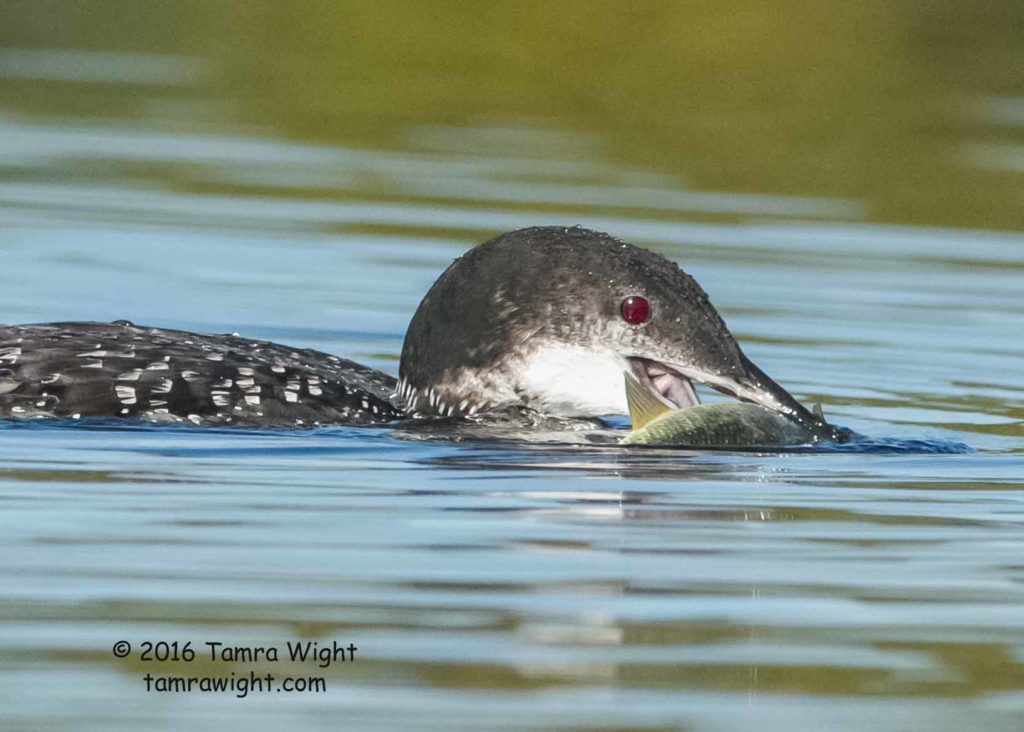 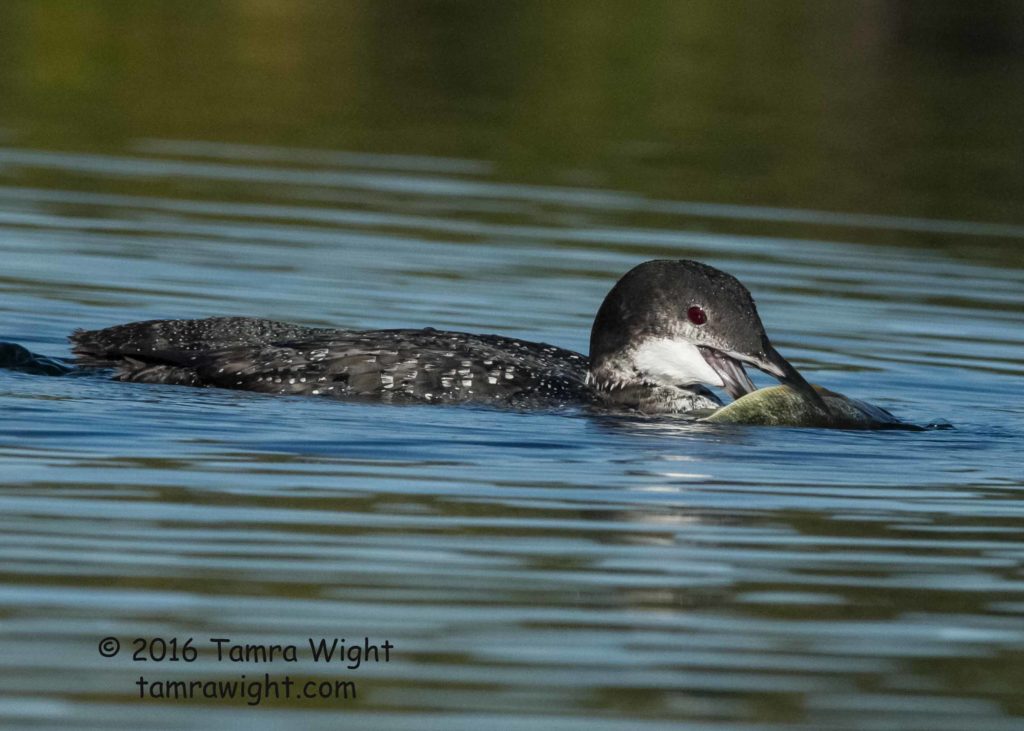 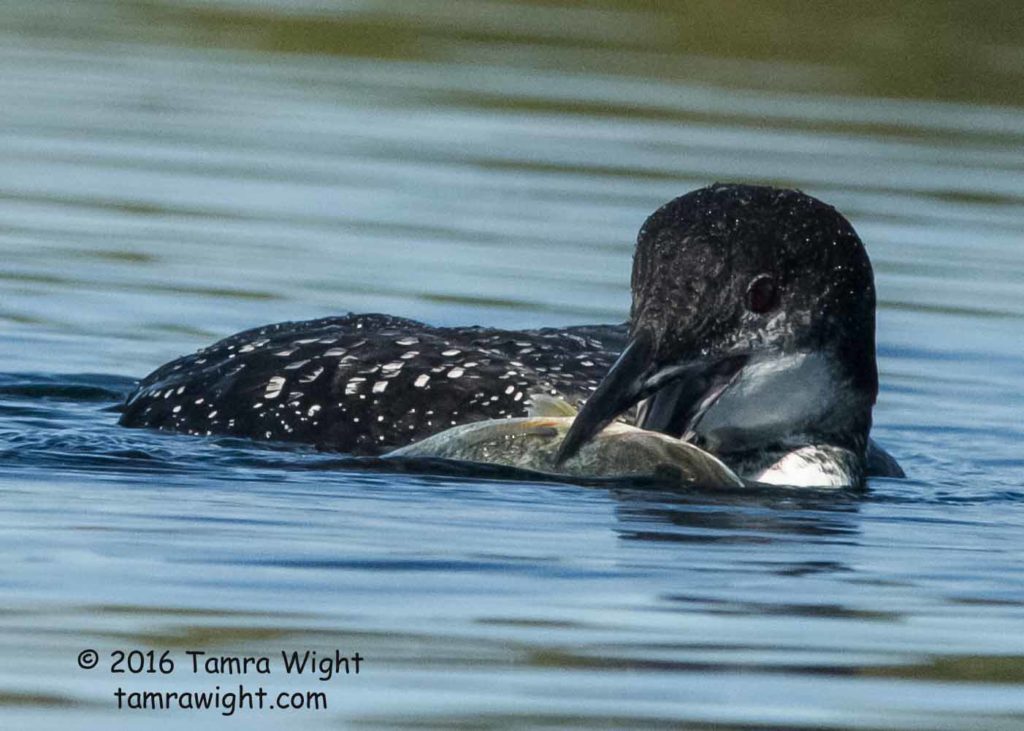 And then I thought it would eat it, itself. Loons turn fish to swallow them head first. 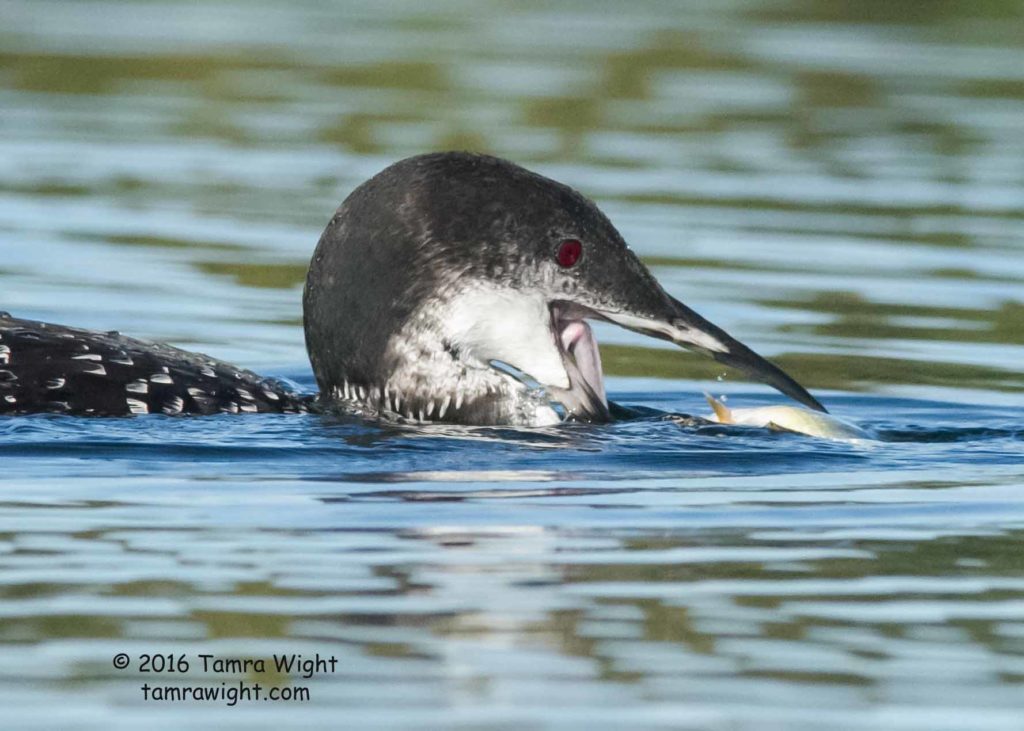 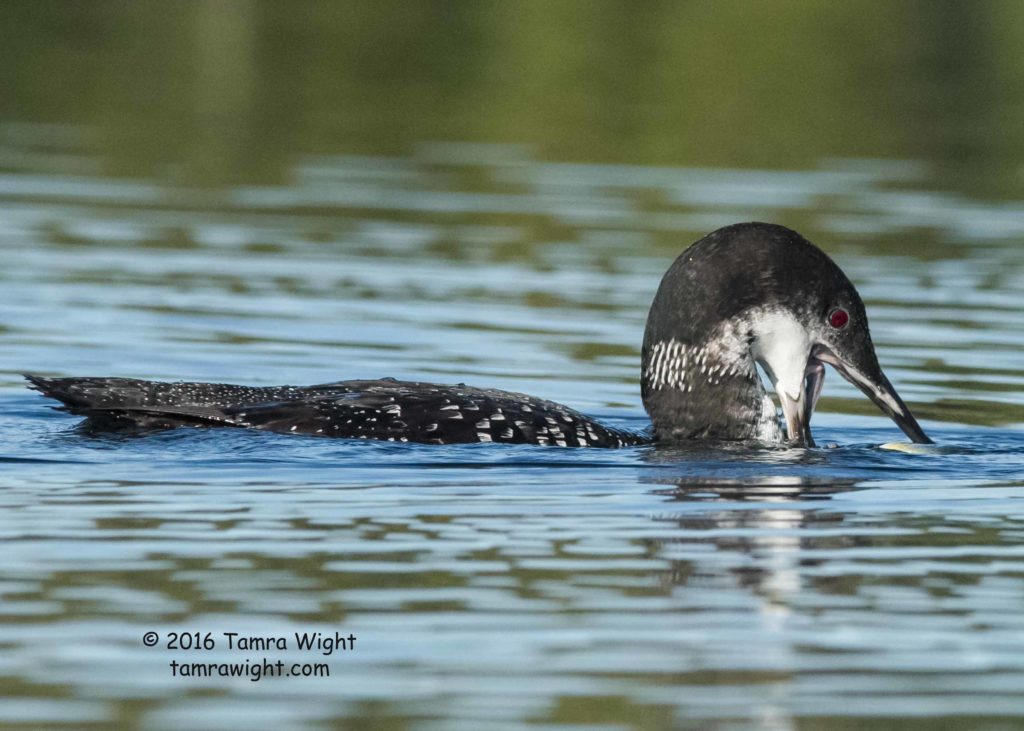 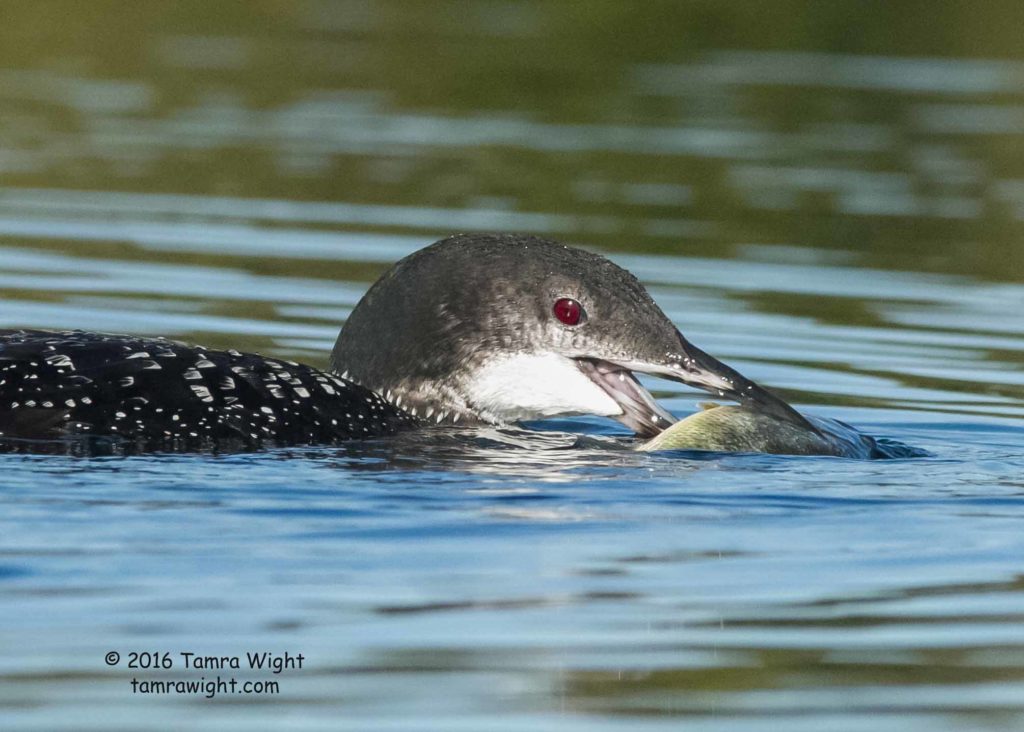 But it never did. I’m pretty sure it let it go.

Strange. This time, the behavior escaped me.  Has your Mom or Dad ever told you to stop playing with your food?  Maybe it was something like that. 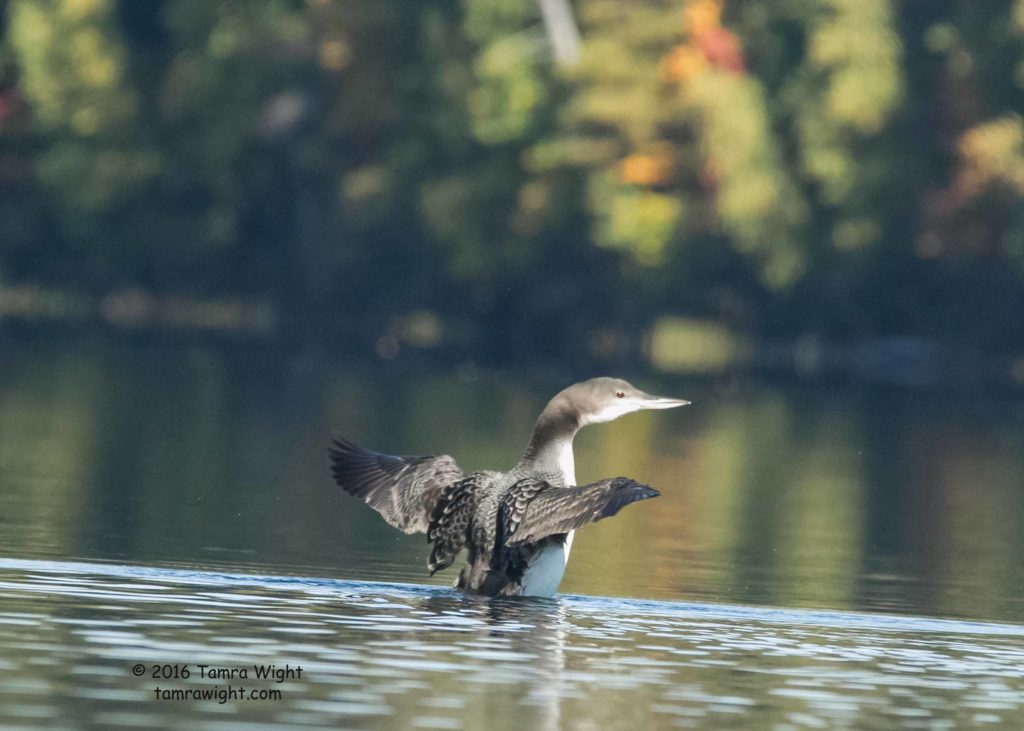 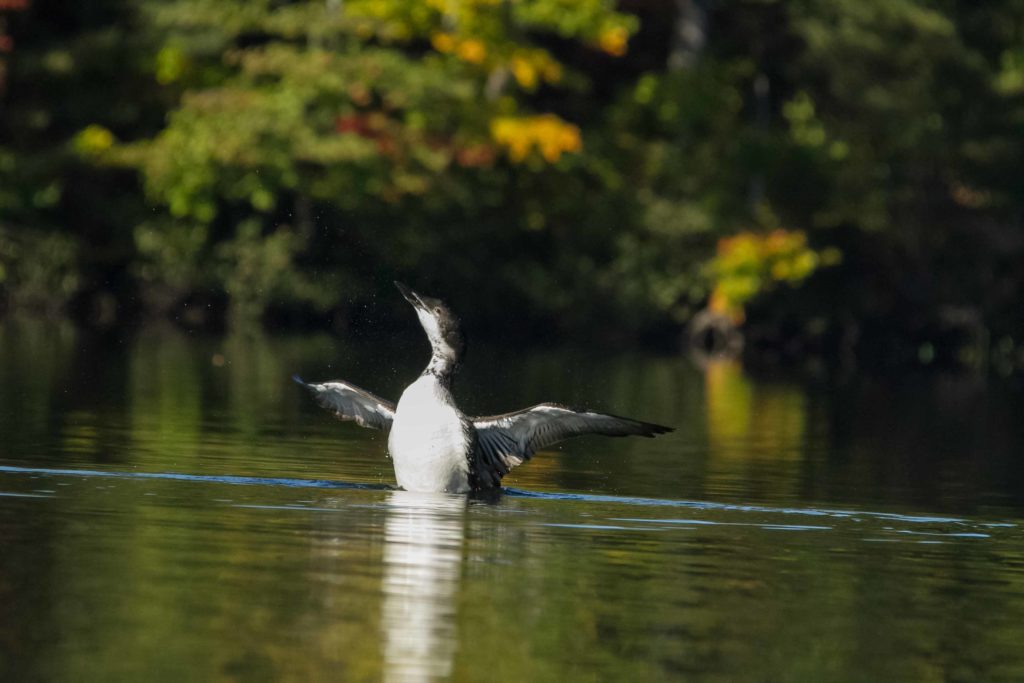 Little did I know that it would be the last time I’d see them. 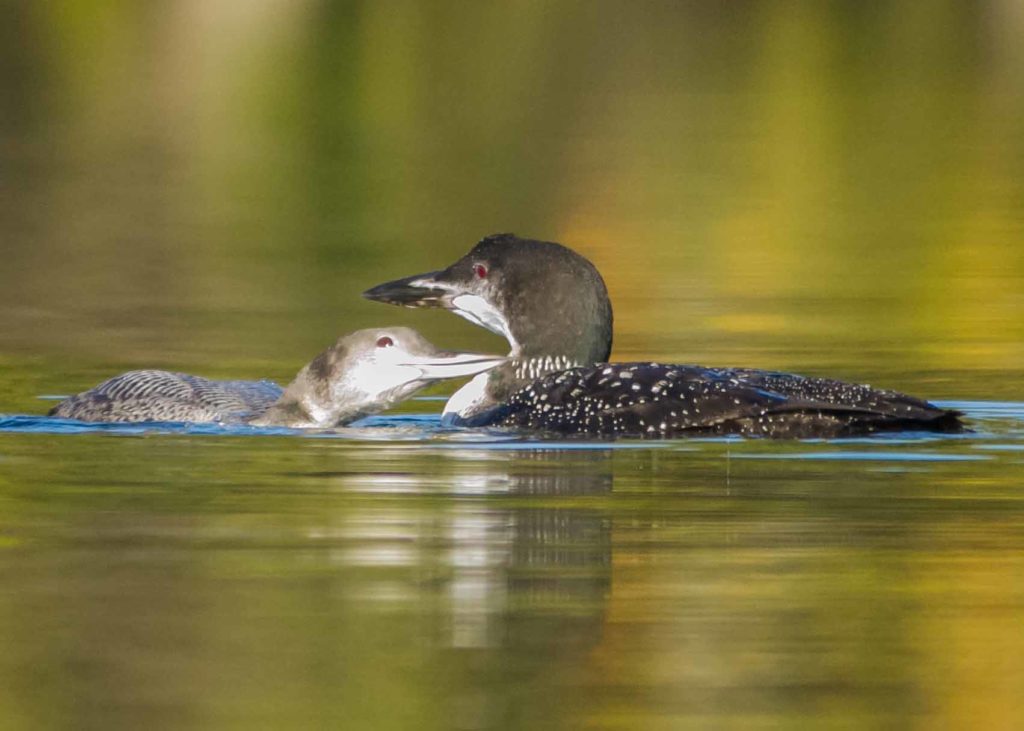 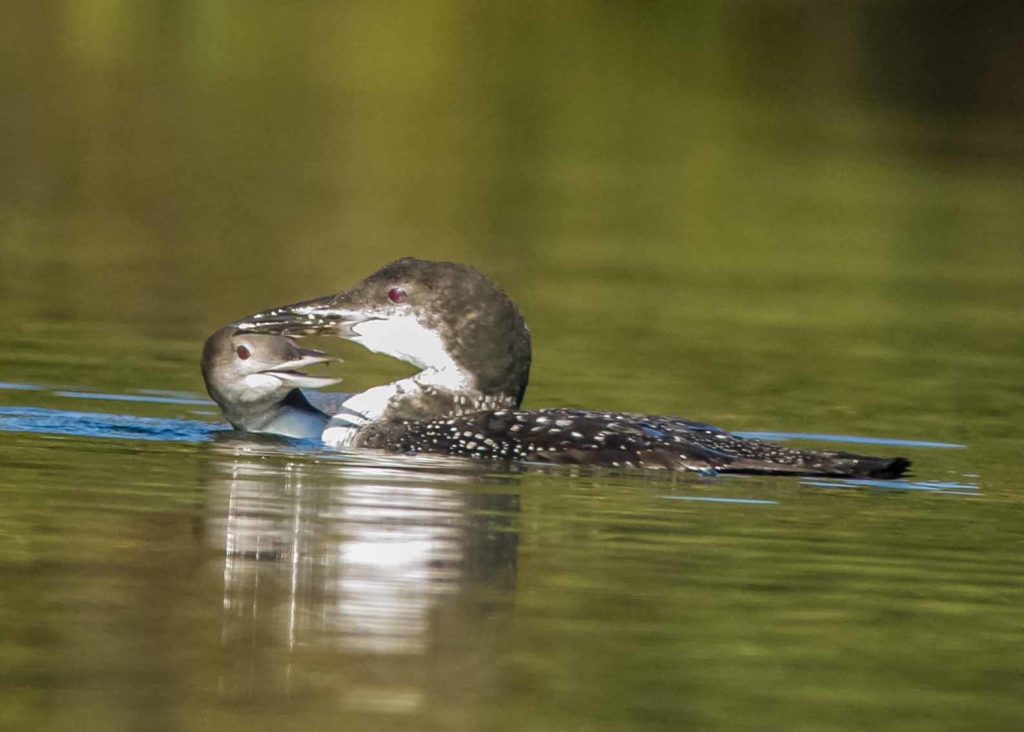 I learned a lot from this loon family, from the first failed nesting attempt, to this last playing-with-food behavior. I learned that loon adults care for their chicks. They feed them, protect them, and teach them. Not unlike our parents do for us. 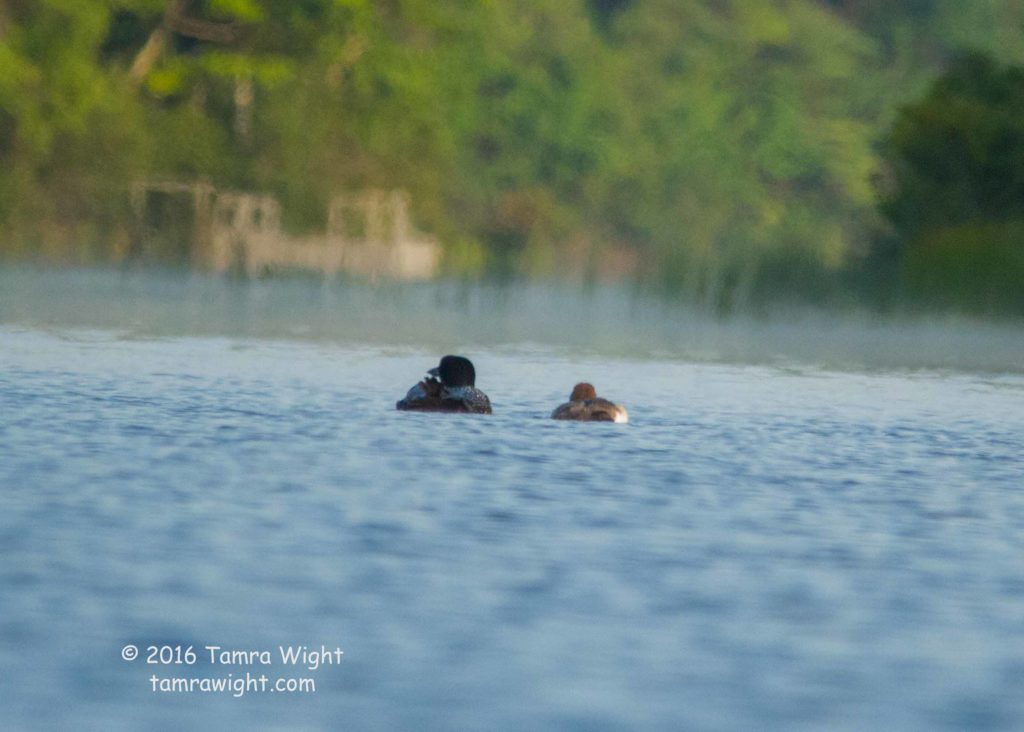 I learned that being out on the lake at 6 in the morning helped feed my soul. The quietness was like deep meditation, calming my thoughts and freeing my mind.

This was an incredible experience, and one I’ll carry in my heart for a very long time.