Last October, before the Gray Wildlife Park could close, I called and arranged for a Photographer’s Pass.  This, they assured me, would allow me behind the scenes to see the black bears, up close and personal.

I wasn’t exactly prepared for how “up close and personal” it was!

And I was thrilled! 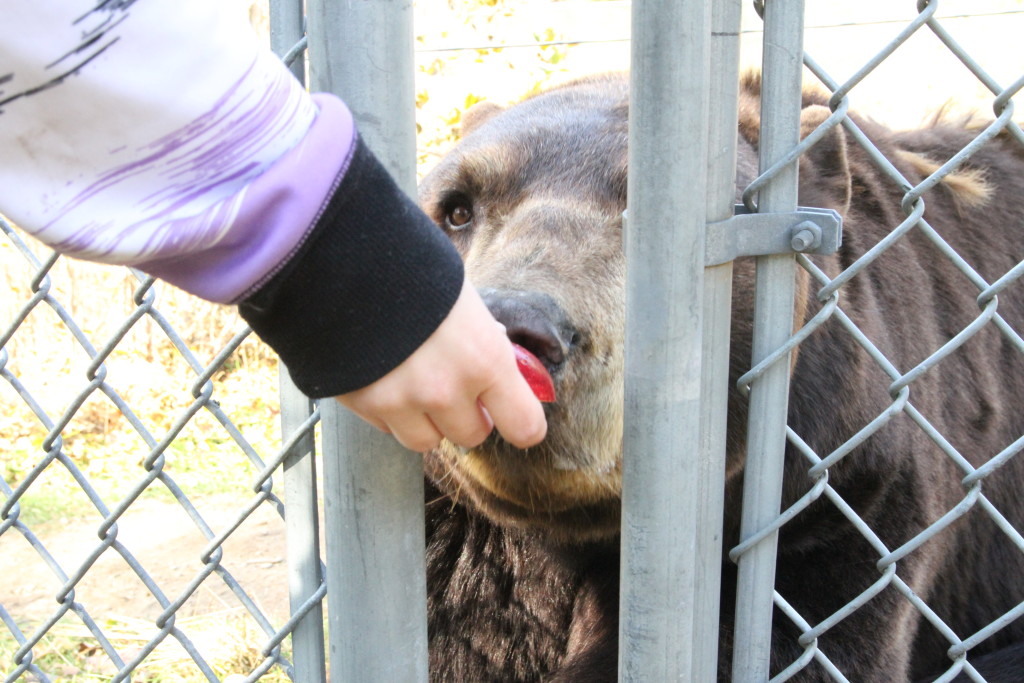 Red sniffing a piece of apple, one of his favorite treats

The Black Bears have an amazing habitat, where viewers stand up high to look down on them as they wander, sleep, or even take a swim. The bears, in fact all the animals at the park, were injured or were raised to be human dependent and can no longer be released back into the wild. Instead, the game wardens care for them, and in return, the animals help to educate the public on wildlife awareness and conservation. 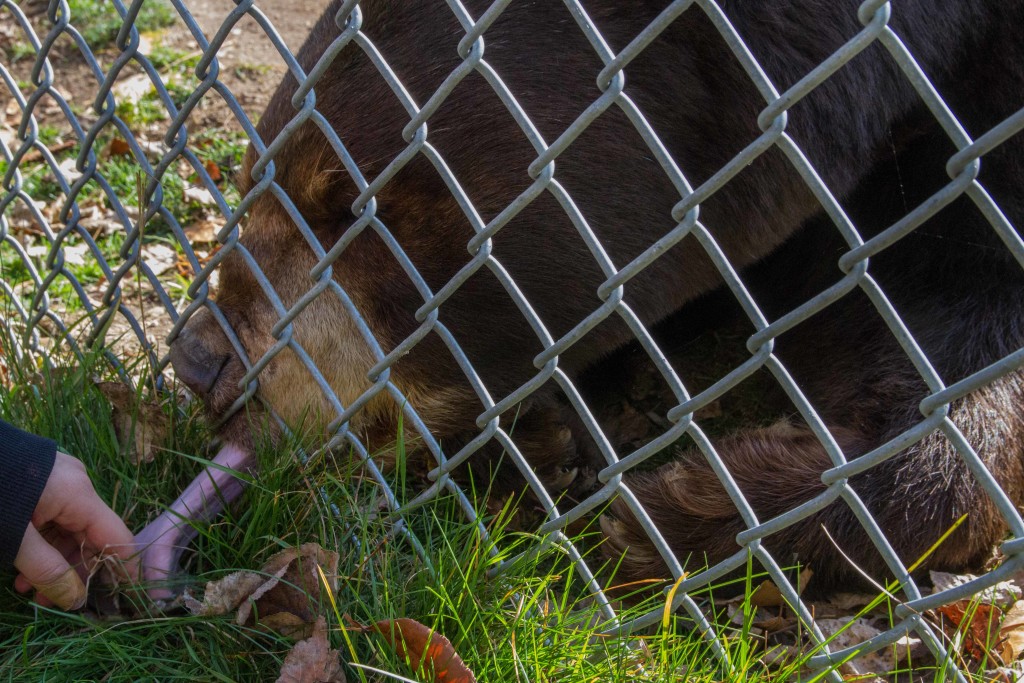 When the apples are gone, he licks the hand of Jade.

By getting the behind the scenes pass, I hoped I’d really be able to see them, hear their footsteps and their snuffling . . . . 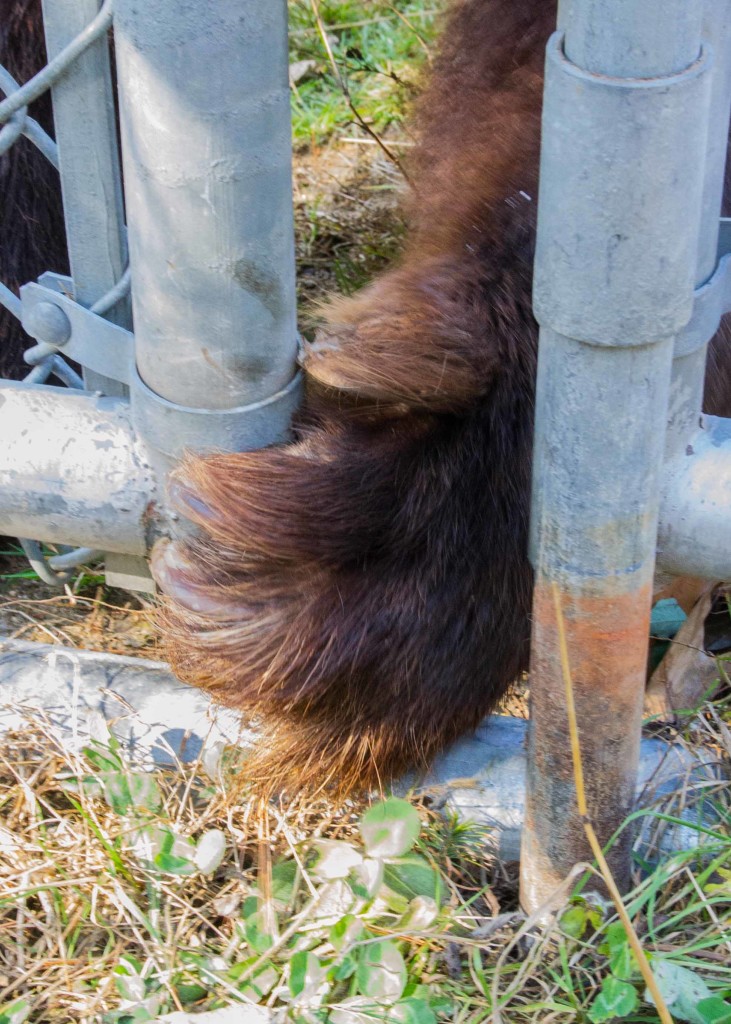 Look at the size of that paw!

Jade was a fabulous guide, listening to my reasons for being in the park, letting me ask questions and even helping me brainstorm a scene in Book 4!   Below, she’s trying to get Red to stand up, so I could “feel” the sheer size of him. 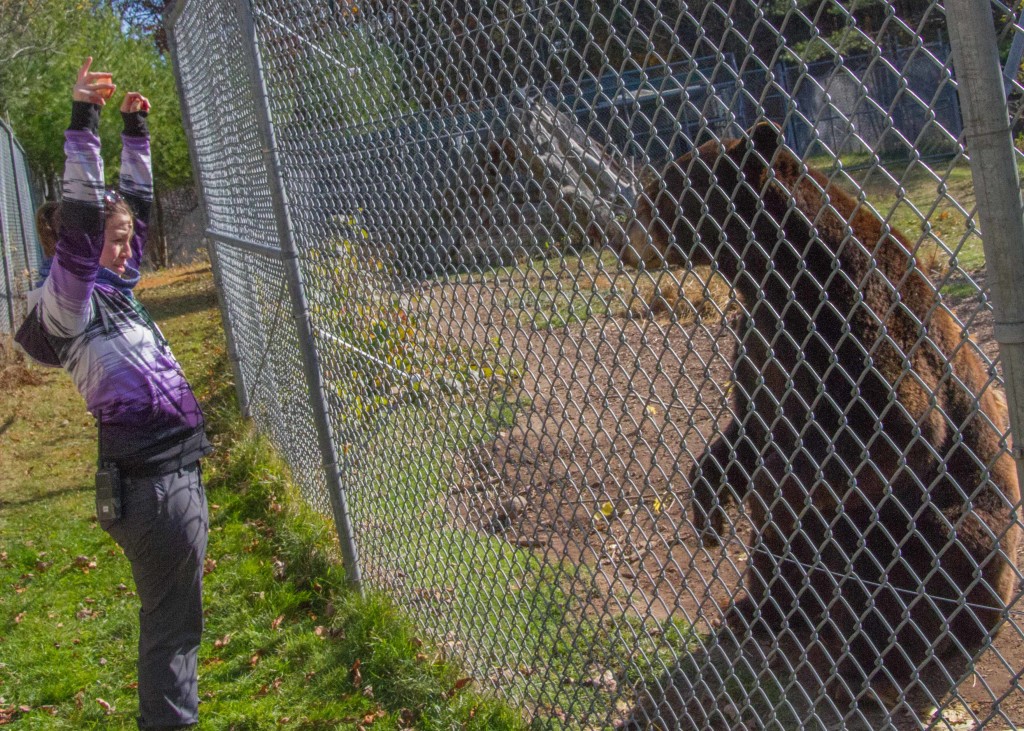 Here are Red (Left) and Susie (Right) together. They are both Black Bears, although Red’s fur does have a reddish tint to it. (Hence his name!) 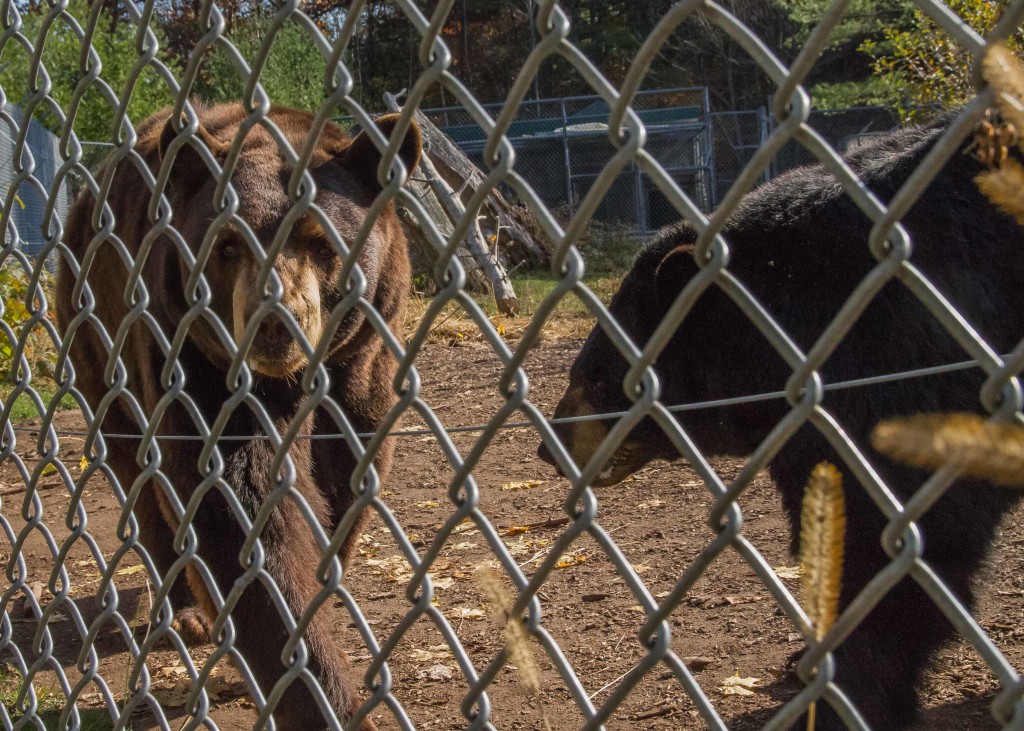 Some might mistake him for a grizzly because of that tint to his fur, but Black Bears have a white muzzle. Which gives him away. 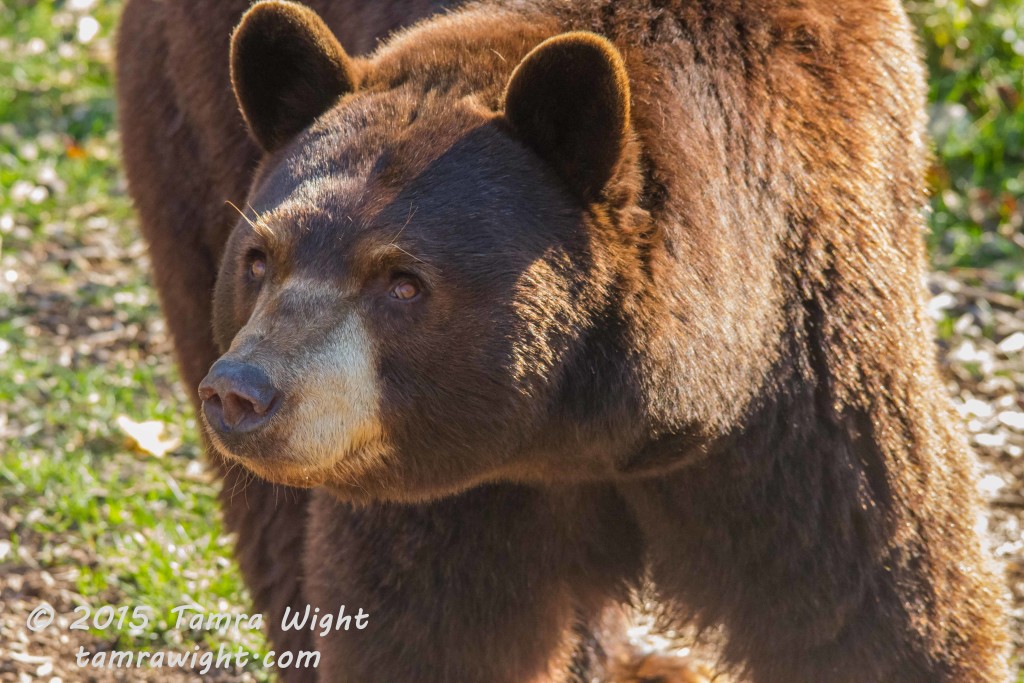 Both bears were “bulked up”, having gained weight for their hibernation. I’m looking forward to seeing them in the Spring when they wake up.  I think a season pass might be in order this summer!