While kayaking early one morning, I spied this Kingbird sitting at the top of a tree. 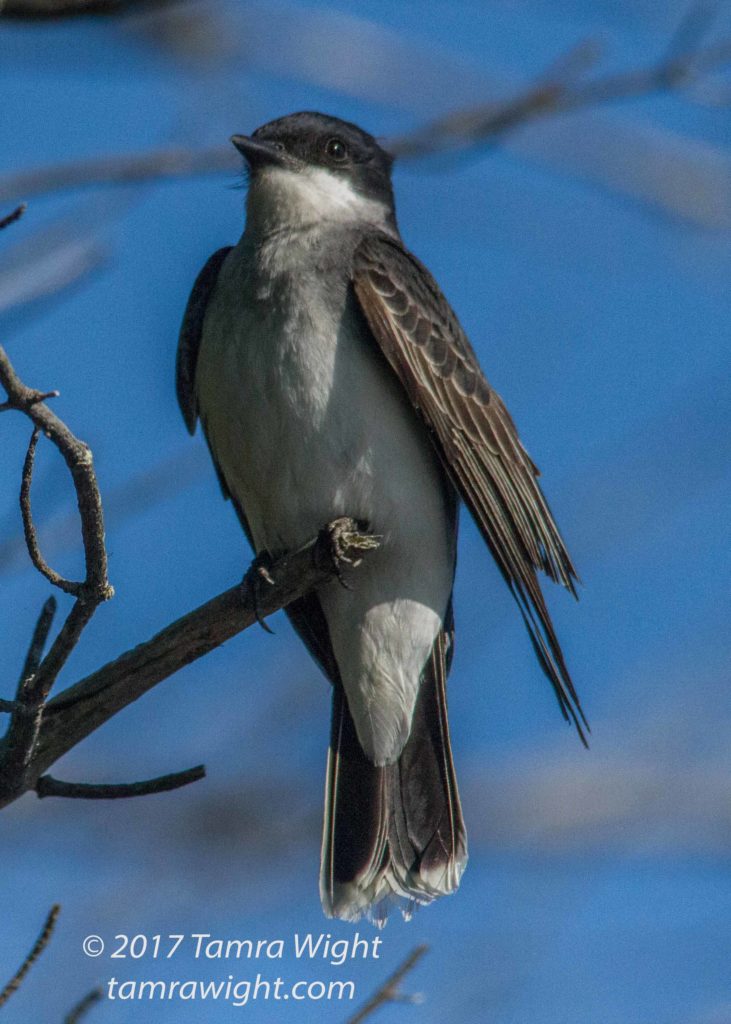 I raised my camera to capture it’s profile against the dark blue sky, when suddenly, it took flight, swooping to a nearby nest.  Sitting so low on the water, I couldn’t see inside. And I just HAD to see inside.

Paddling back up the shoreline, I found a spot where I could pull my kayak up on land. Pushing through tall blueberry bushes, I made my way up a banking until I could look down upon it. Focusing through branches and leaves, I was so pleased to see  . . . 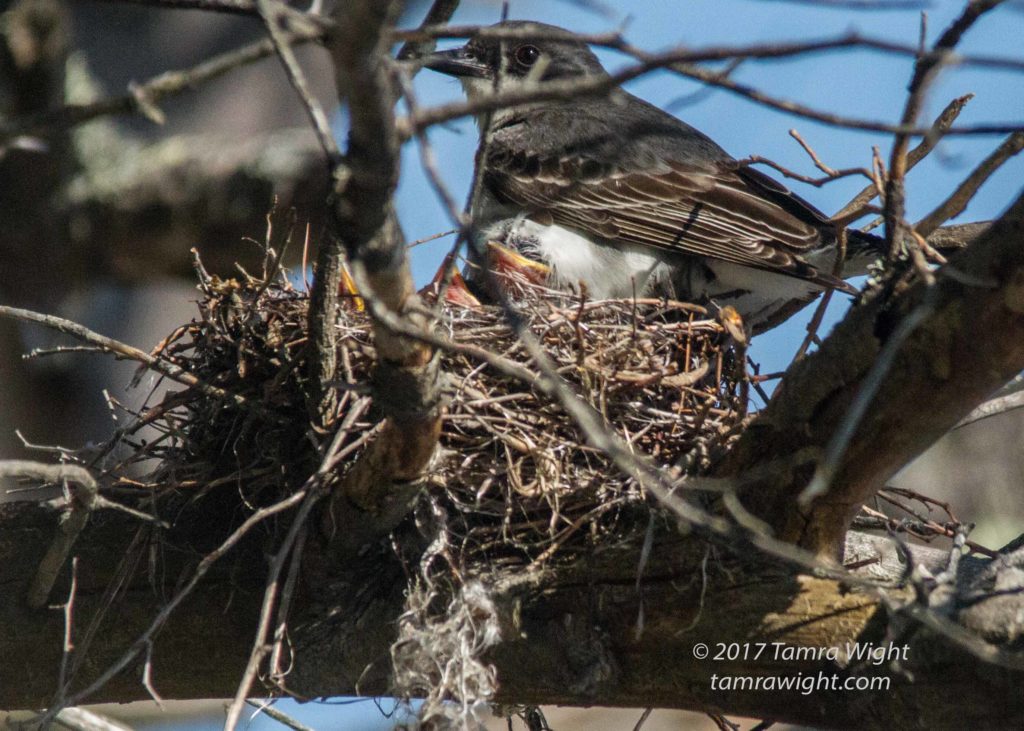 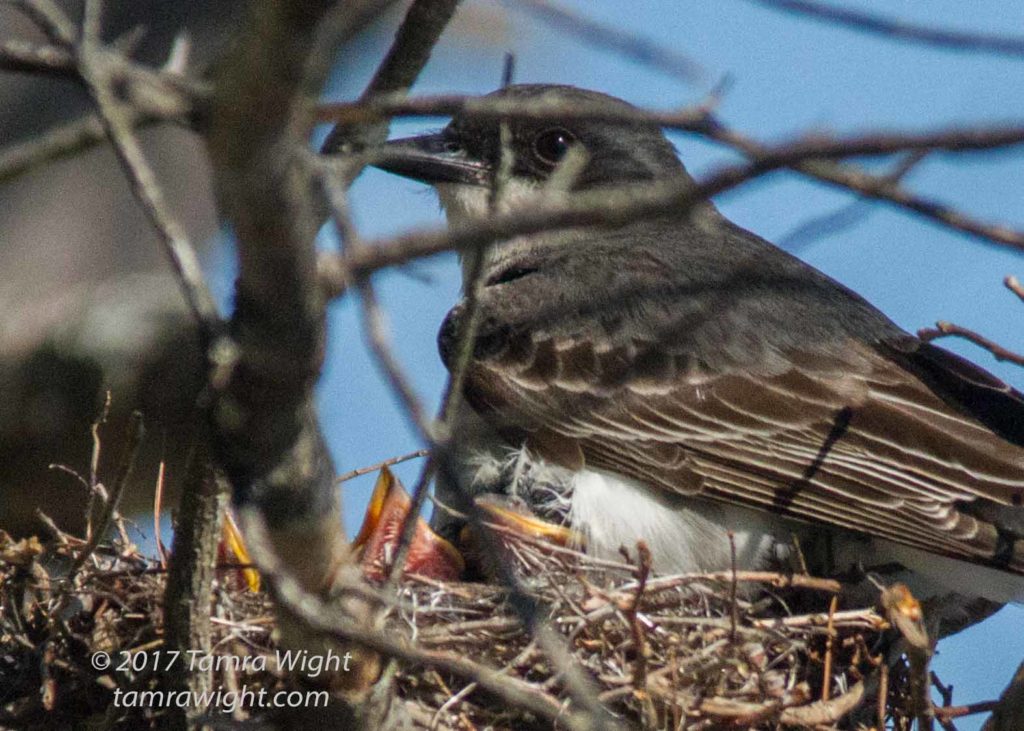 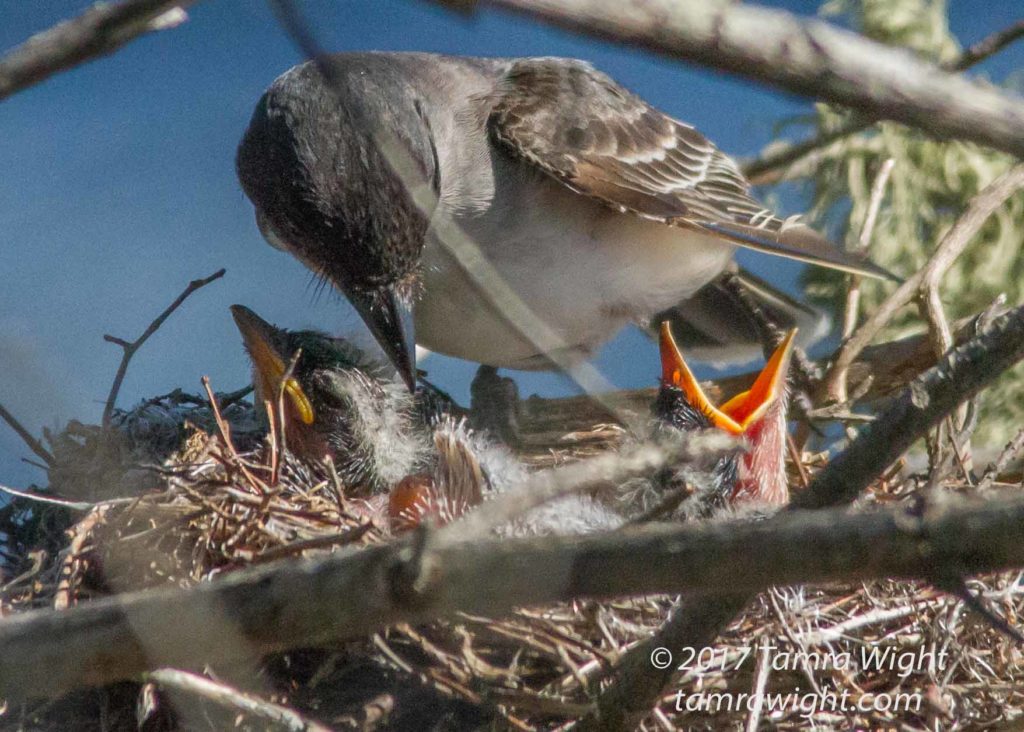 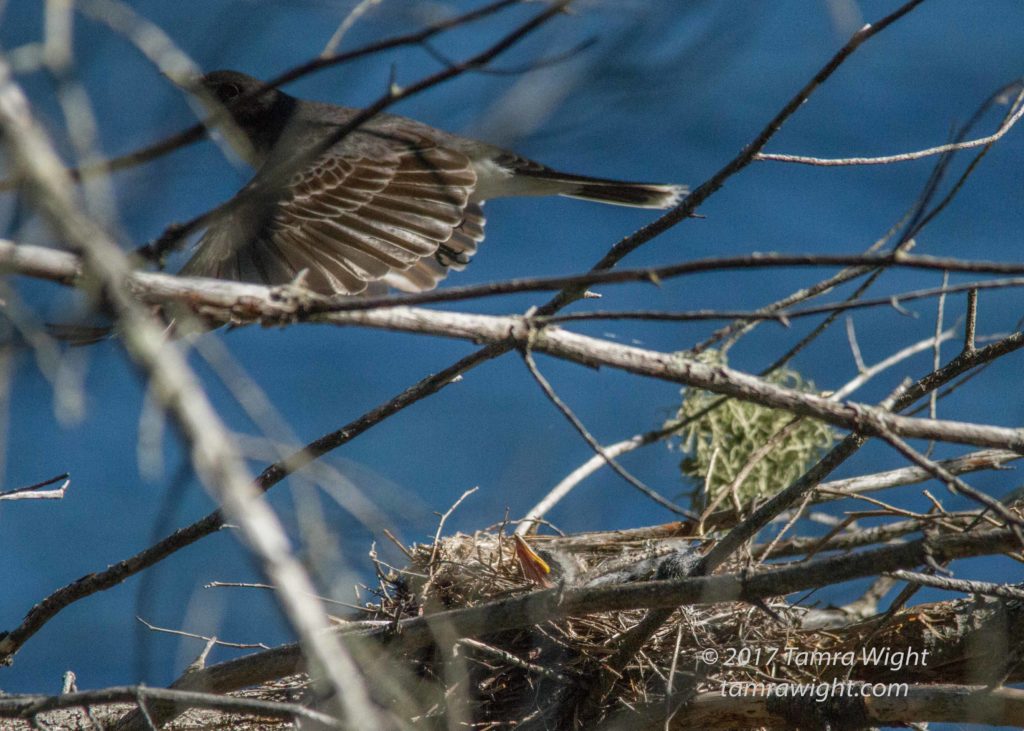 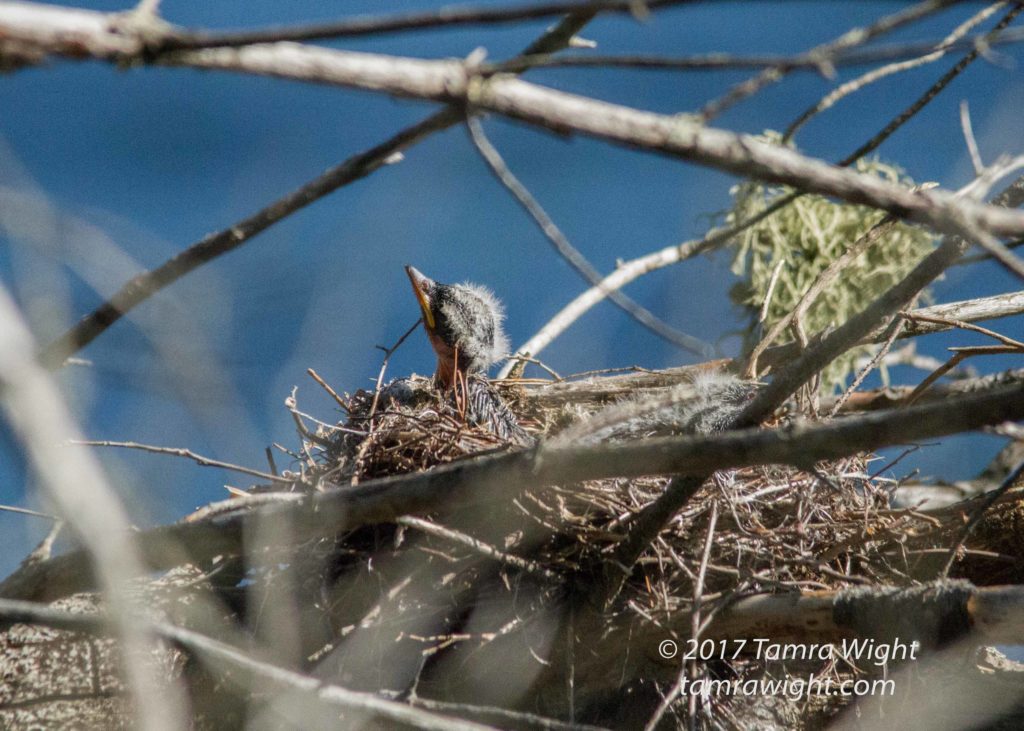 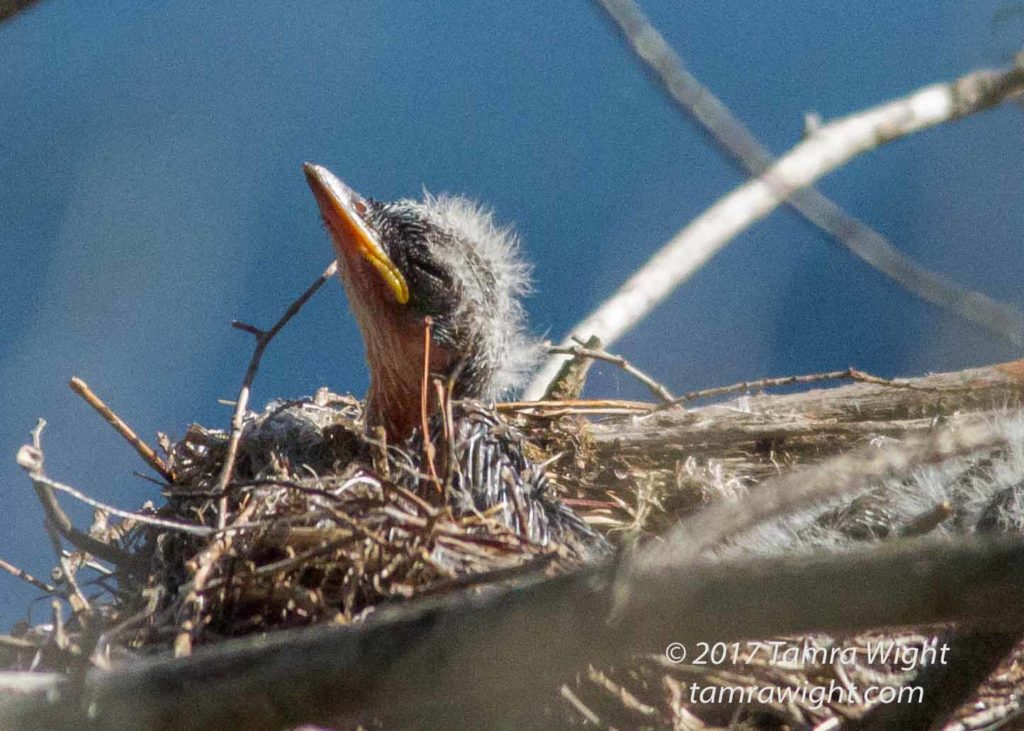 When it opened its beak, I knew it sensed a parent nearby. 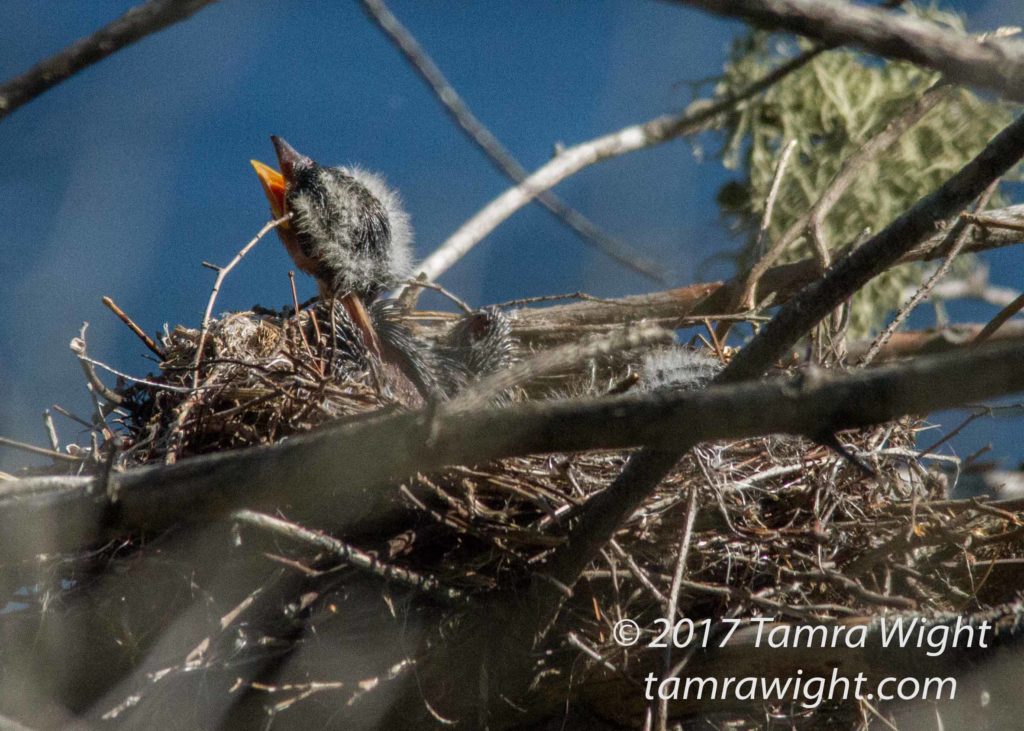 Two beaks showed themselves.  I focused my camera . . . 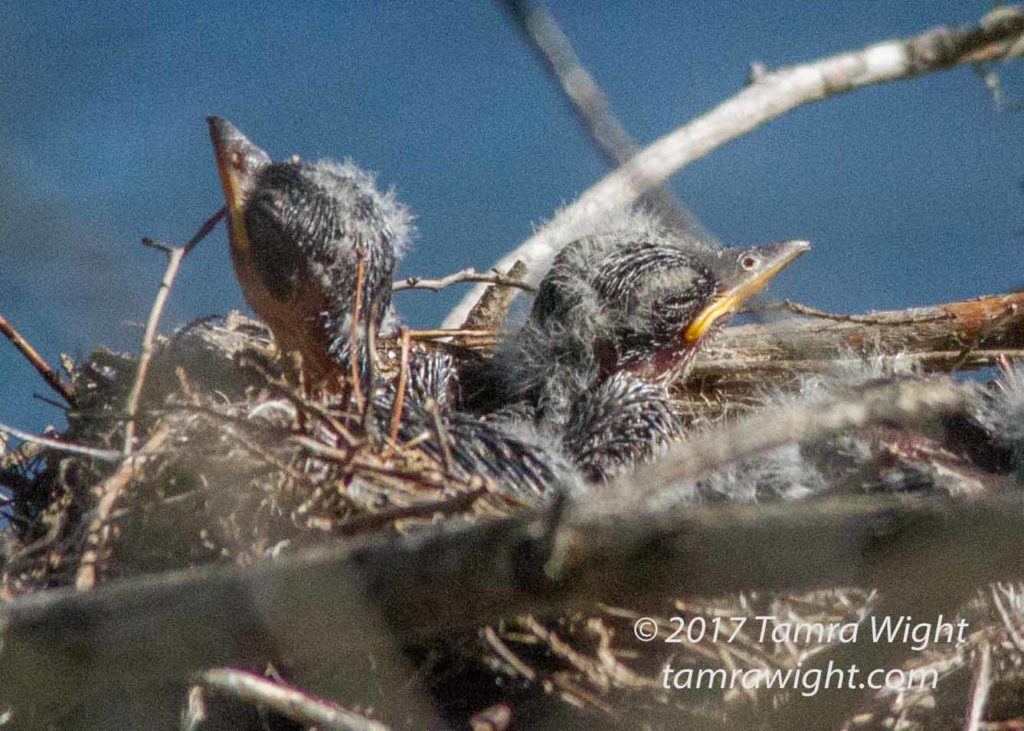 And suddenly, Mom was back! With a huge dragonfly! 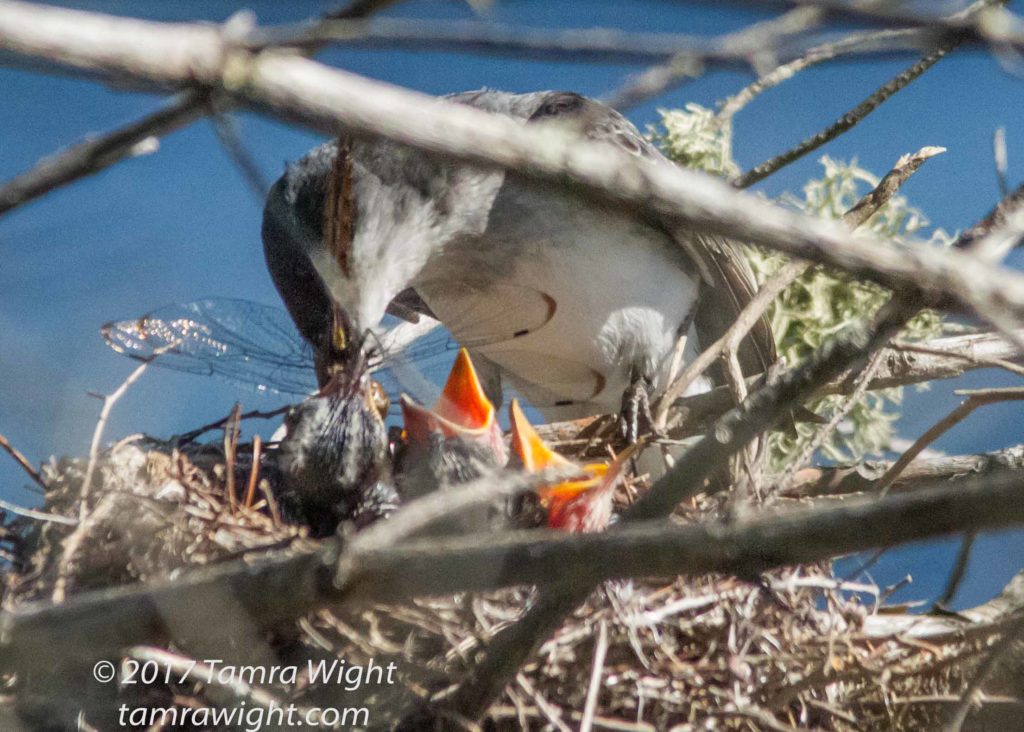 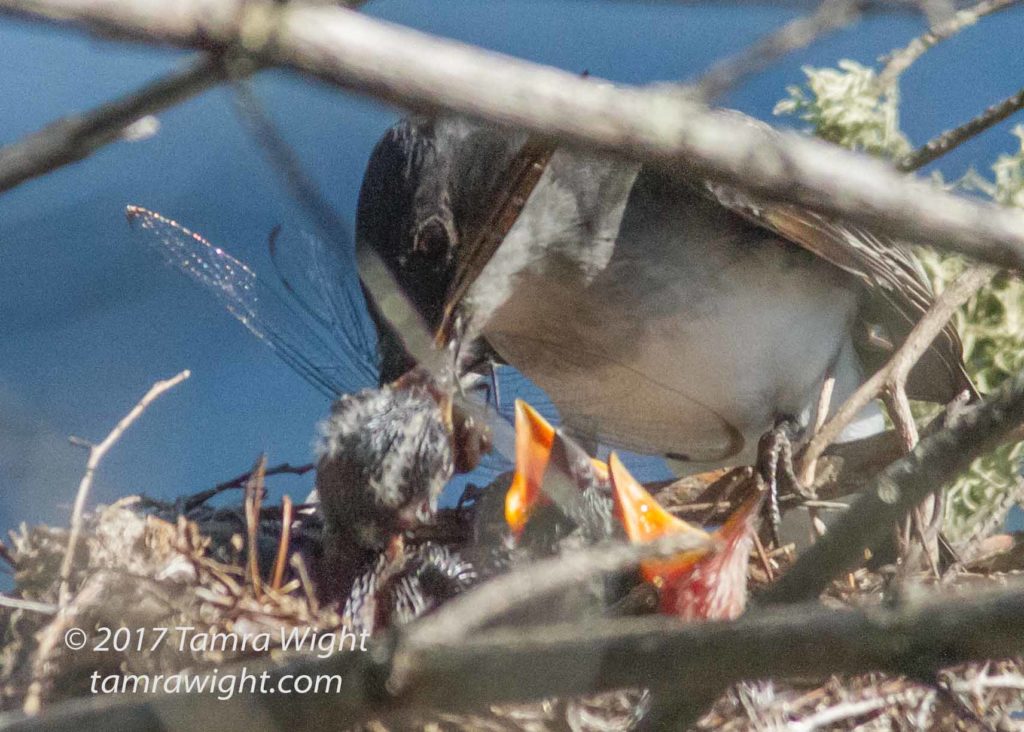 But it didn’t fit!  She pulled the dragonfly back, and I felt so sad for the little one who had his meal and lost it in less than a minute. 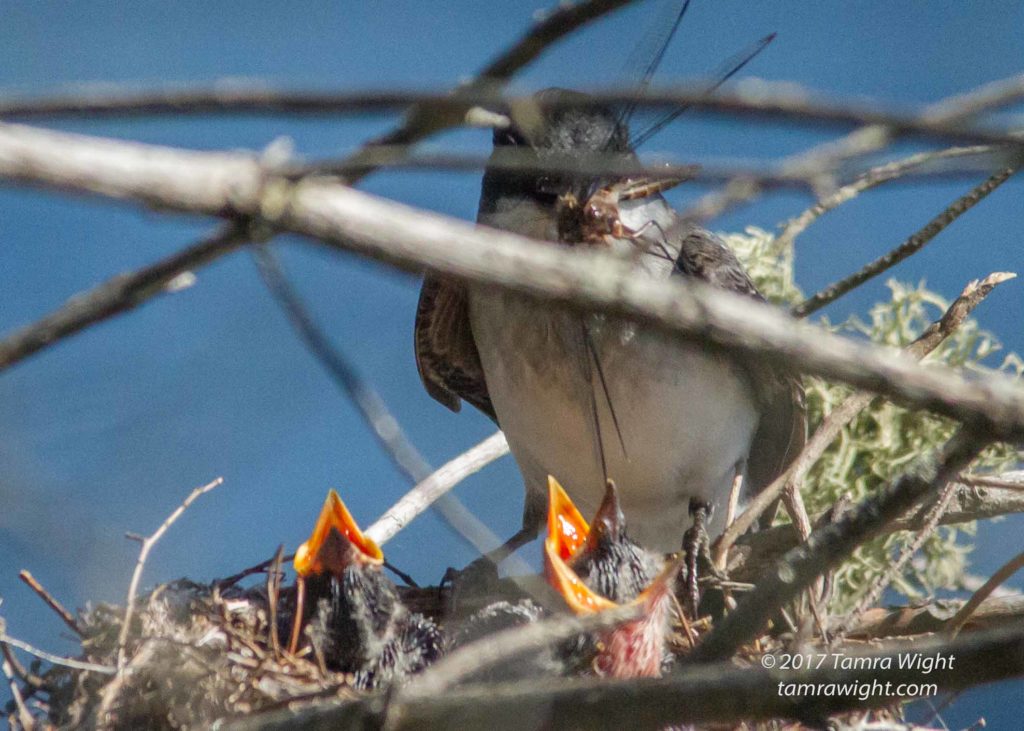 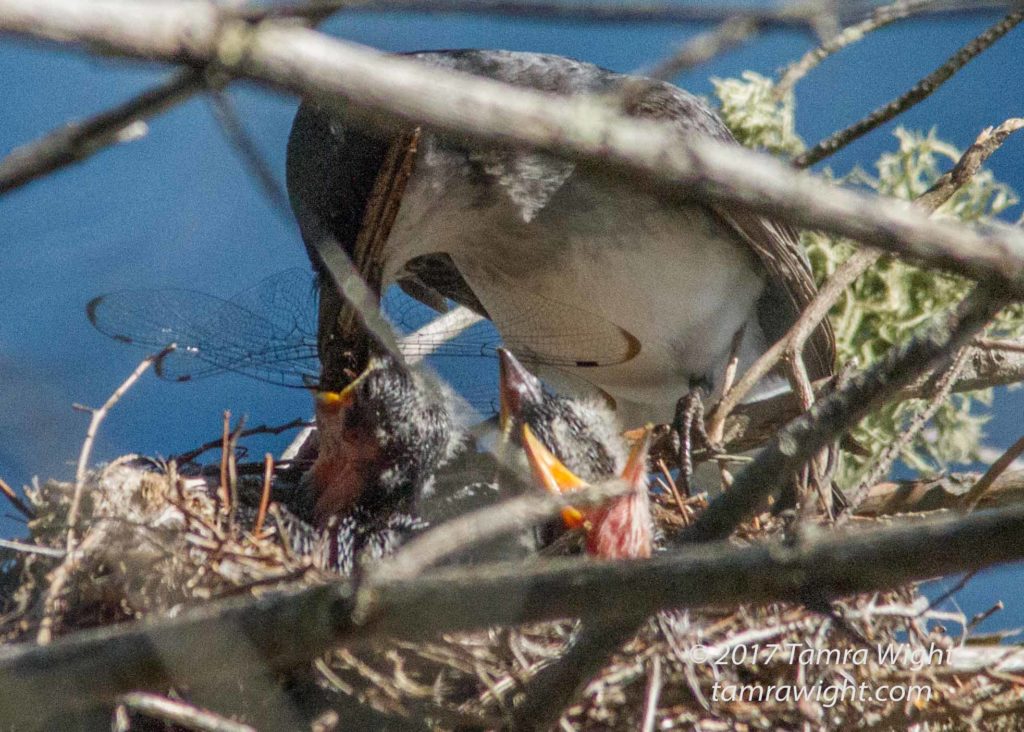 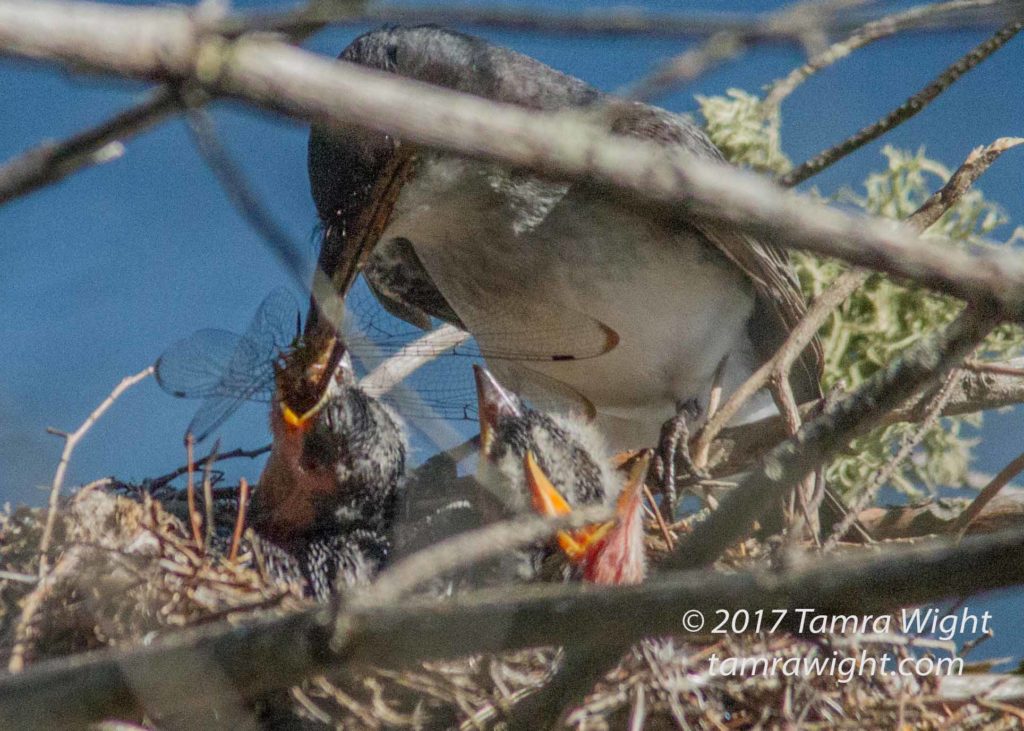 And this time he took it! 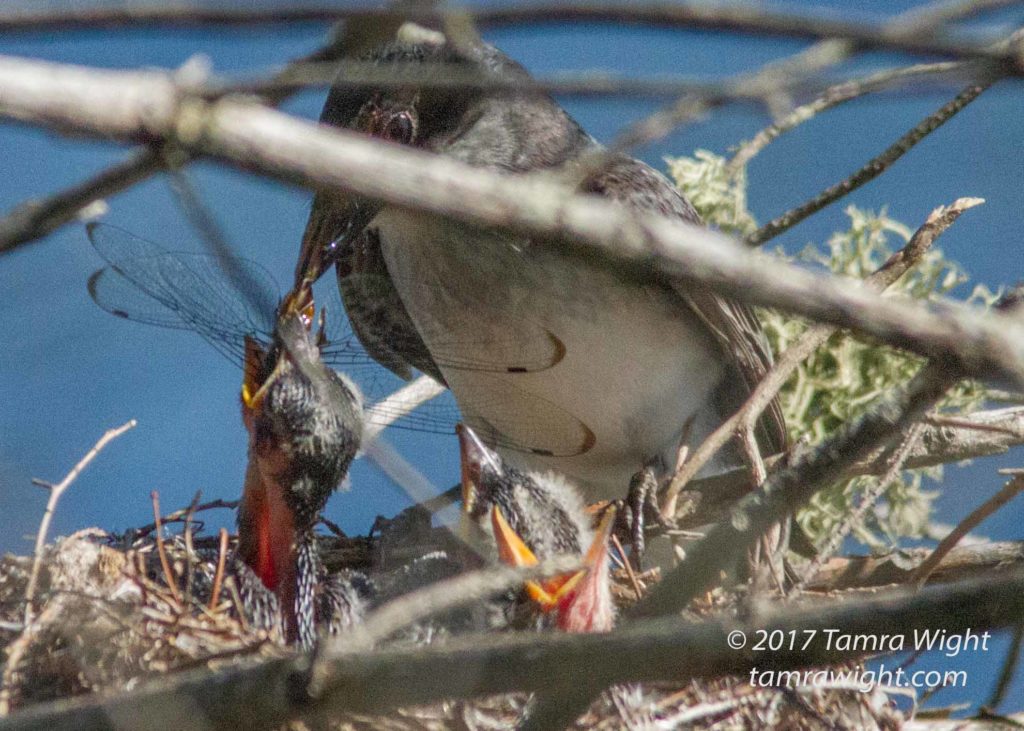 I think this “you-doubted-me?” look, was meant for me 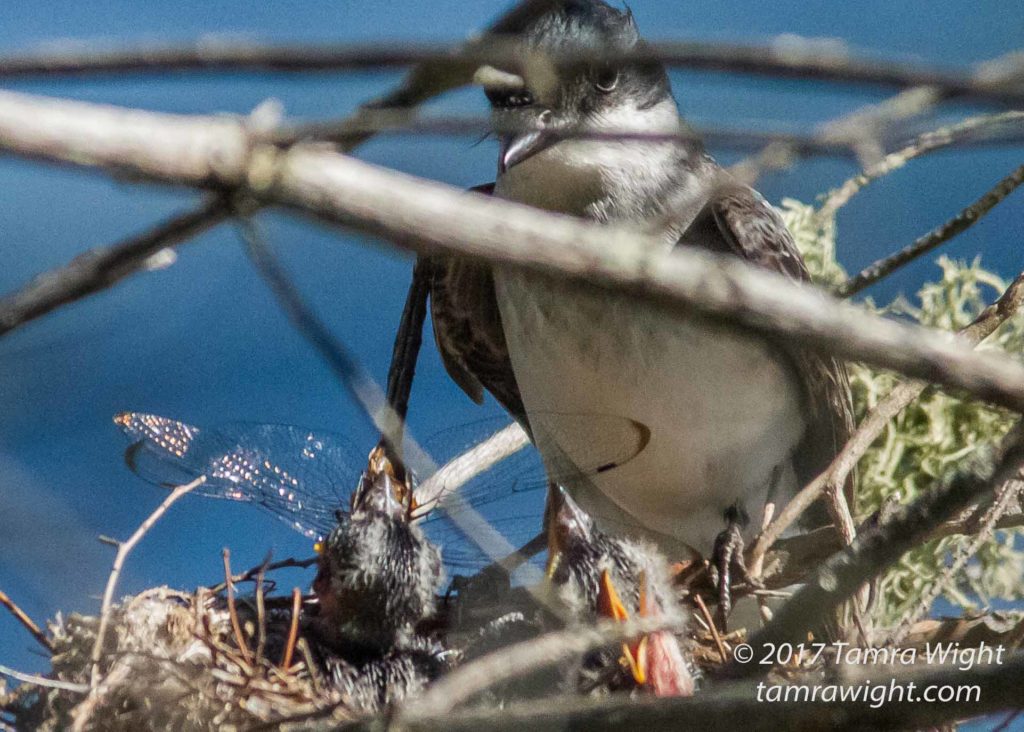 Inch by inch, that little one slowly swallowed the dragonfly . . . 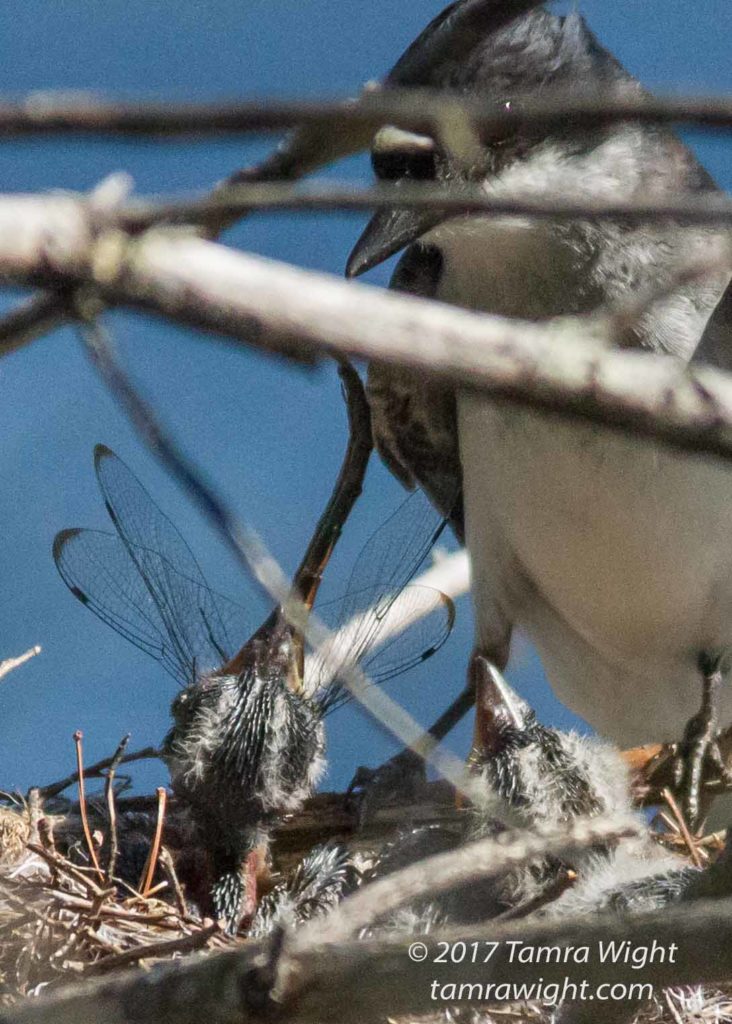 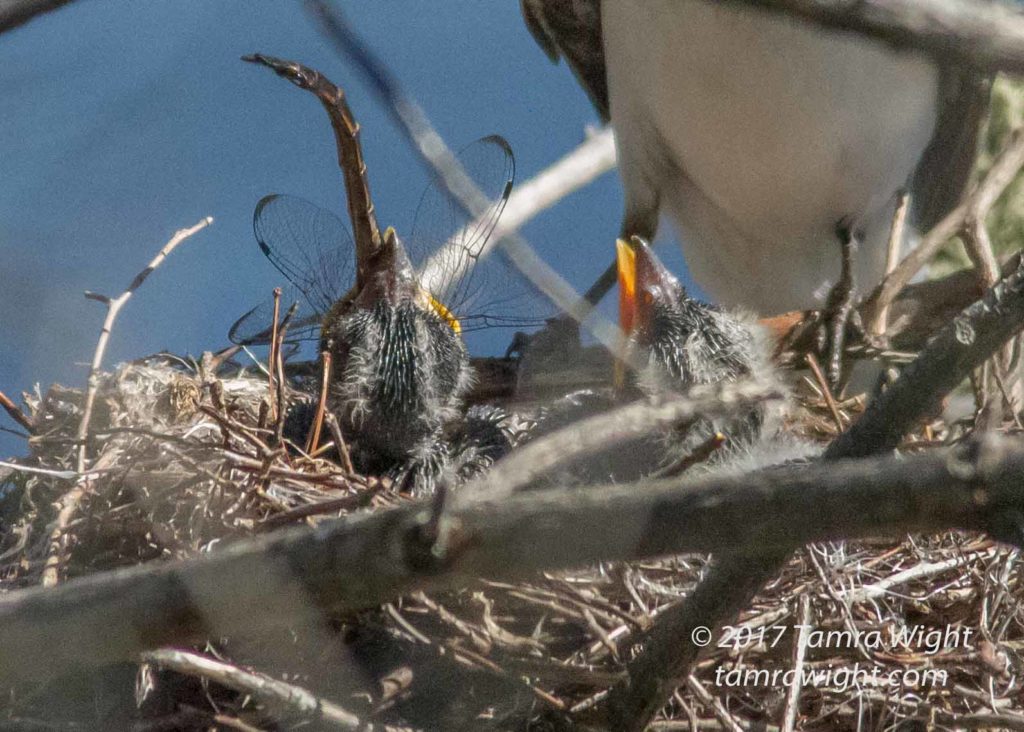 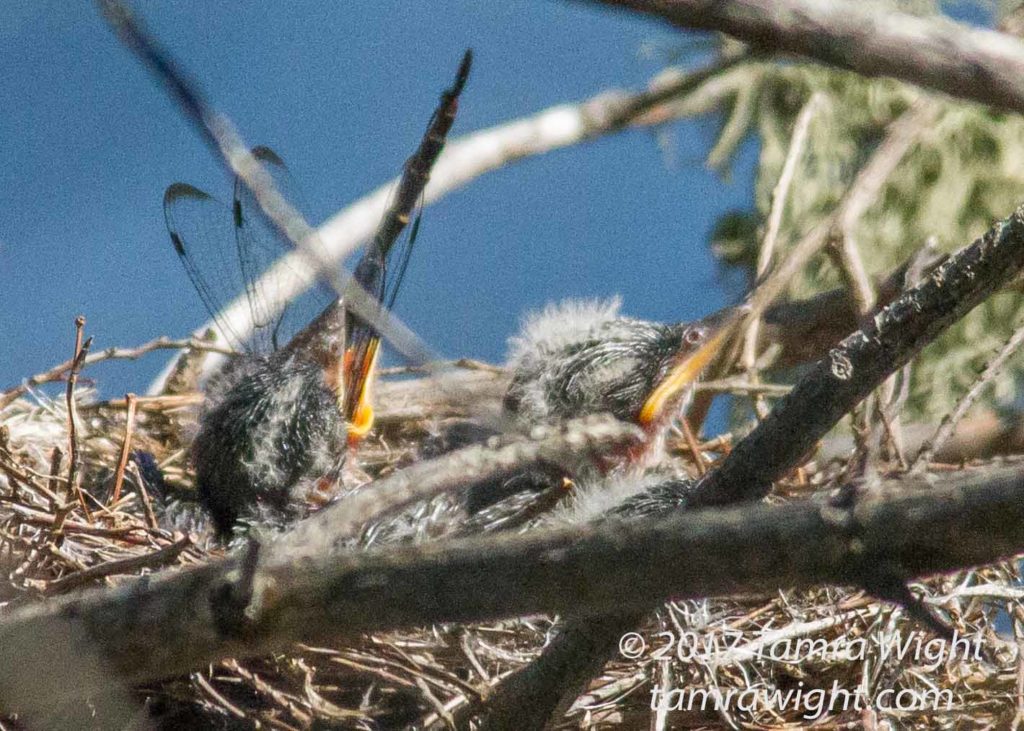 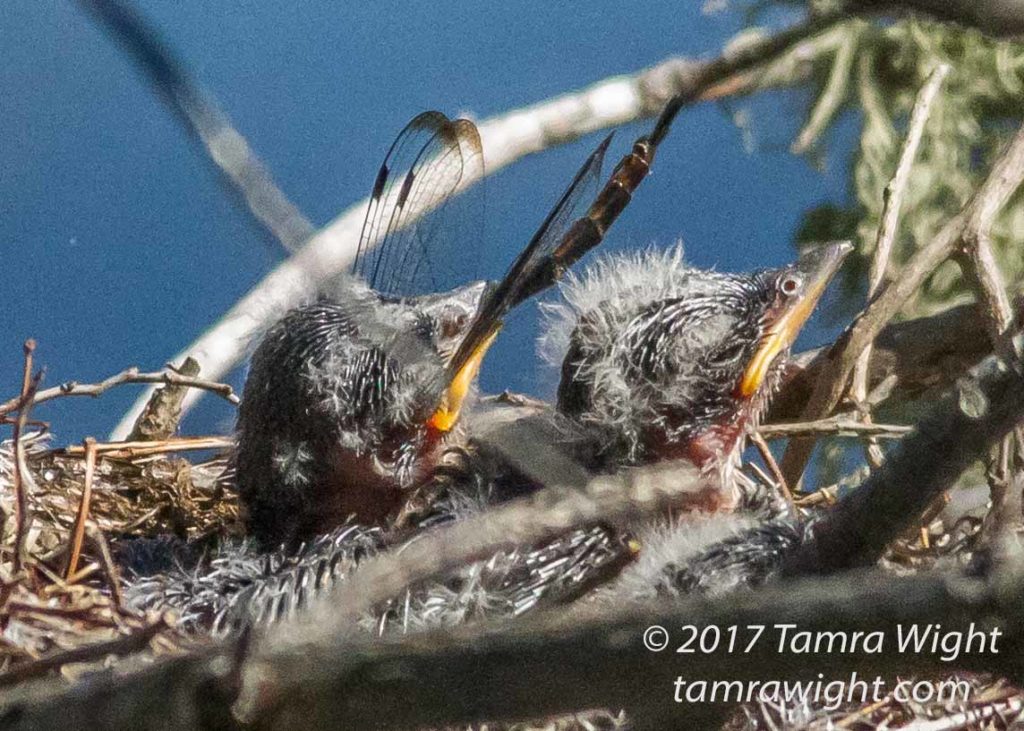 until there was nothing left!  Where on earth did he put it?

I wasn’t able to get back to the nest for nine days, and sadly, they were already gone. I hope these little three made it!

This entry was posted in Uncategorized, Wildlife Sightings and tagged birding, kayaking, Wildlife. Bookmark the permalink.