When all is calm and running smoothly on the campground-home front, Monday’s are our day off.  I hadn’t planned to take this one . . . normally we start taking them after the Fourth of July has come and gone.  But I woke this morning in a lost and befuddled mood.  The power walk didn’t help.  Nor did the leisurely cup of coffee at my own kitchen counter (instead of the office counter).

My wonderful hubby said, “Take some time to yourself.”

After doing a couple of time sensitive office chores, I did just that.

Any of my regular blog followers know exactly what I did first, don’t you? 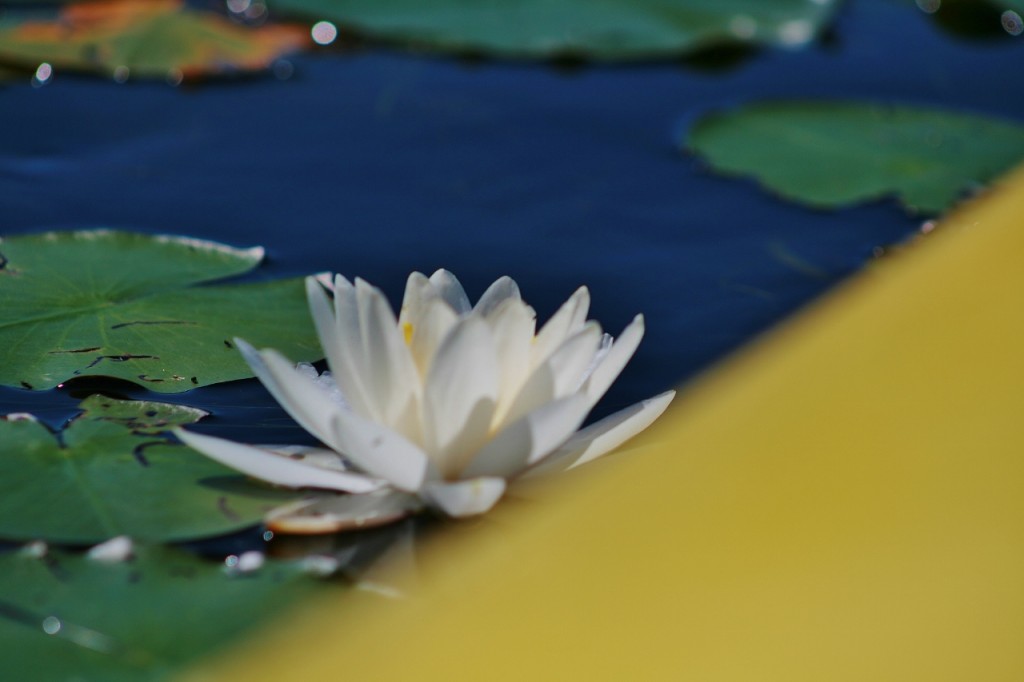 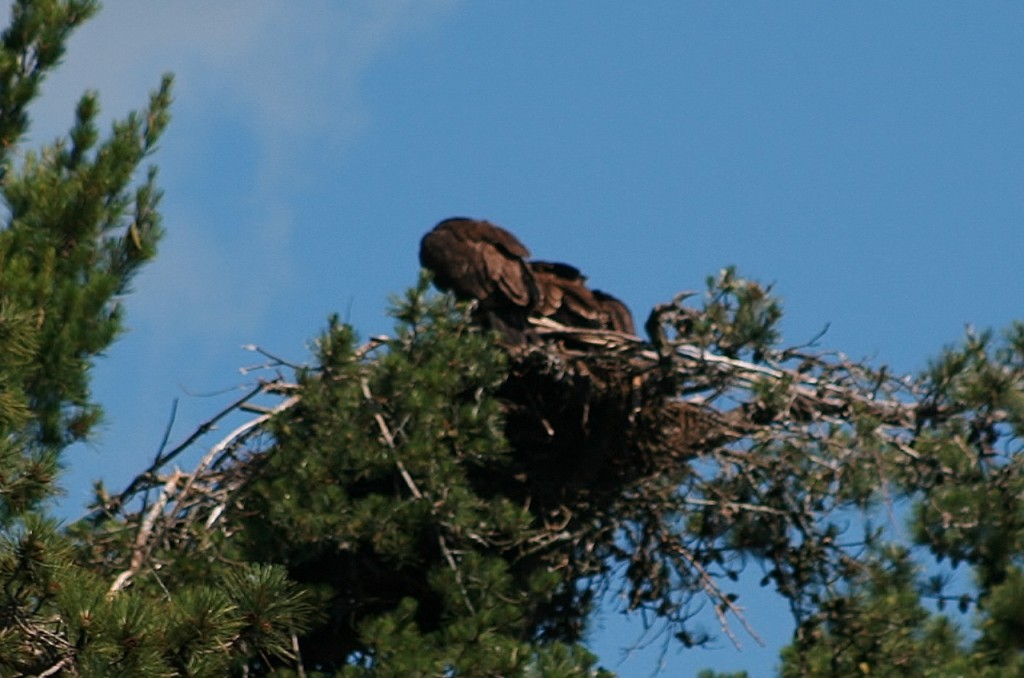 All I got was a really good shot of Triplet butt!  So I continued on my way, slowly paddling along the shoreline . . . relishing in the fact that I didn’t have to be back at any particular time.  The day was mine.

I was checking out what looked like a piece of dock,  run aground on land I knew didn’t belong to a homeowner, when I heard the familiar haunting call of the loons. 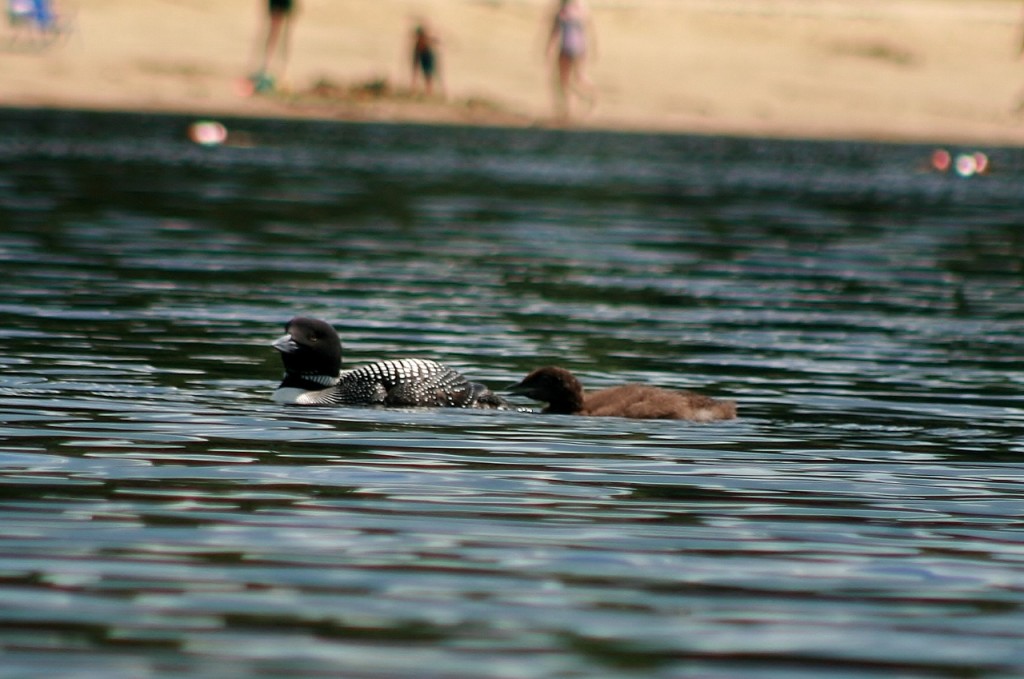 Just off the State Park Beach was the mother loon and her little one.  Only, he doesn’t look so little anymore, does he?

Her call wasn’t panicked.  It was more flustered.  I wasn’t sure if it was because of the swimmers behind her, or tandem kayak moving toward her.

Then I saw the adult do something I’d never seen before . . . 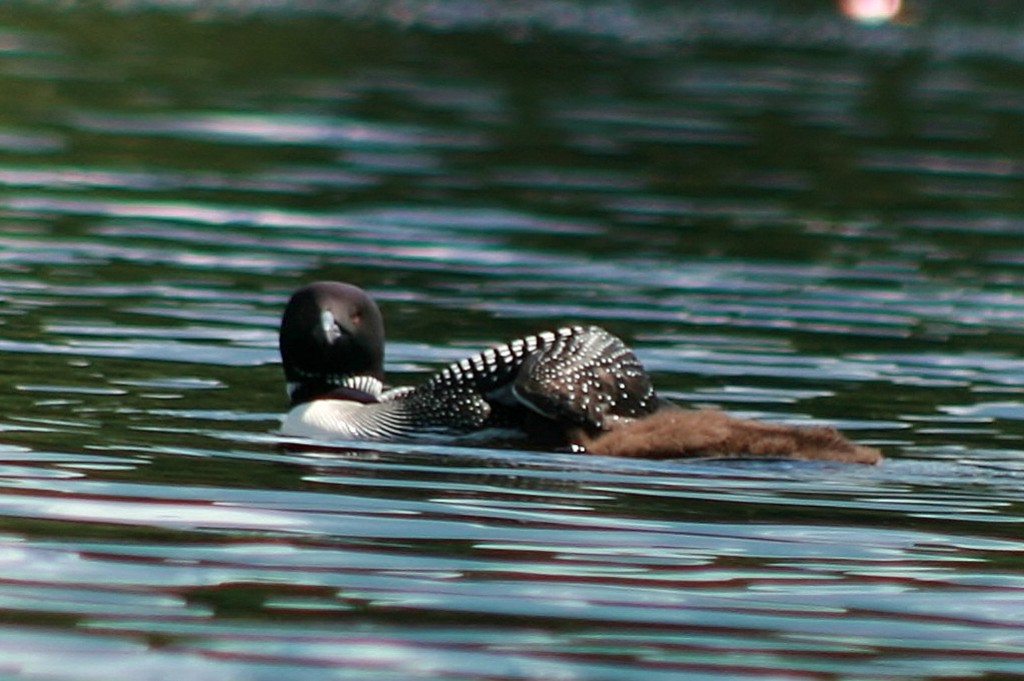 She tucked the baby’s head under her wing. From a distance, you would have thought there was only one loon. 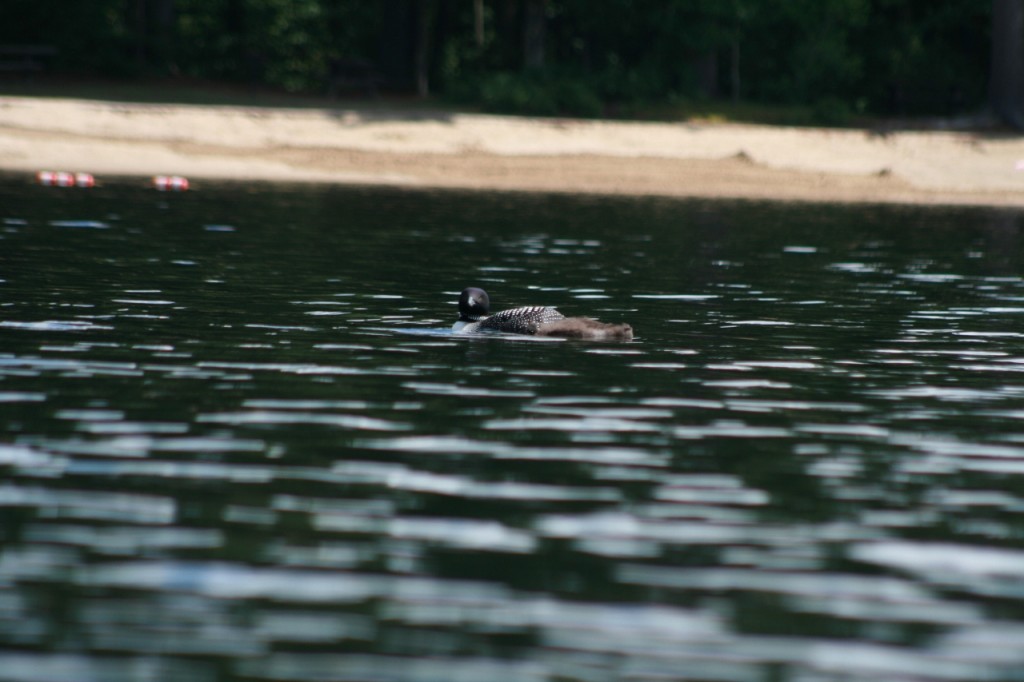 I sat very still and watched for quite a while.

Not only is the baby putting his head in the water too look for food, he’s diving seconds at a time.  He’s not under anywhere near as long as his parents, nor does he stray very far.  I  didn’t see him come up with any fish either.  But he’s trying.

I headed back for home, and stopped once more at the eagle nest. 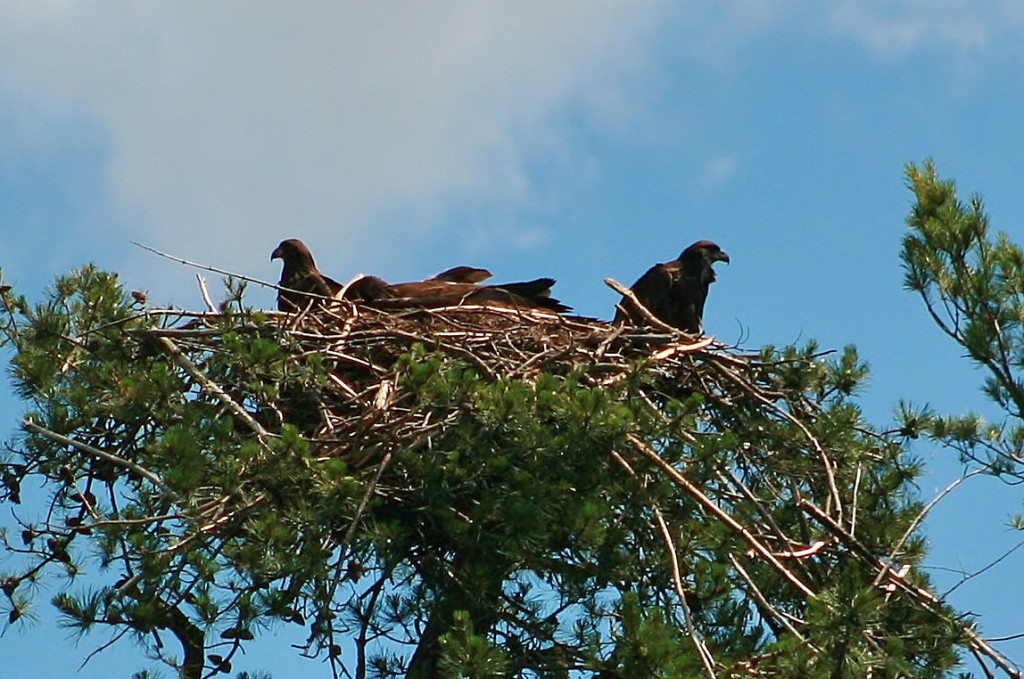 Sheesh, those babies are getting big!  They were still hollering for the adults though.   A camper I spoke with said he hadn’t seen an adult since he arrived yesterday.  I wonder if the parents are trying to get the young ones to fend for themselves a bit.

As I focused my camera, I heard a huffing kind of sound in the water next to me.

I slowly moved my camera in that direction . .. 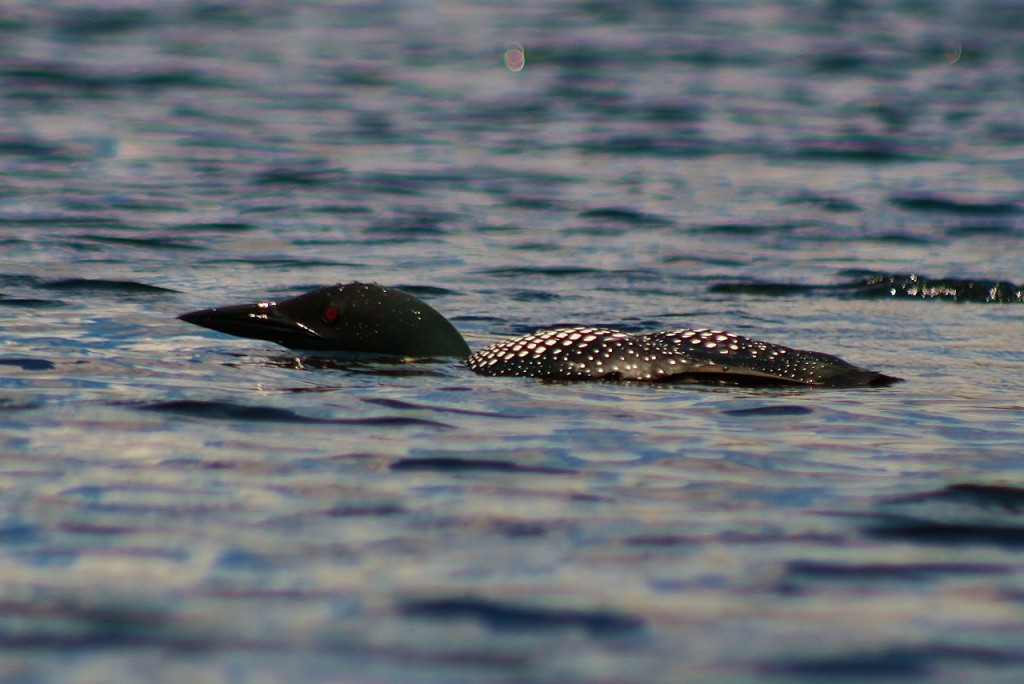 and there was the other adult loon.  He barely surfaced.  Again, I’m not sure it it was his nearness to me, or if he knew he’d surfaced under three hungry eaglets.  He stayed semi-submerged like a submarine for a minute or two, before he silently dove.

And I took that as a hint from writing Gods on how they’d prefer I spent my free afternoon.

Chapter 1 of Lillie’s story is complete.  On to Chapter 2!