WARNING: Lots of Adorable Photos Within

I recently finished a second, first draft of a new Cooper and Packrat adventure.  (The plot of first draft was kind of . . . well, let’s just say it wasn’t what I hoped it’d be, so I started over with a blank page)

I must say, I’m pretty pleased with this new one though!  I plan to spend the summer polishing it up, adding a couple new scenes, inserting some big, beefy descriptions of eagles in action and then reworking the ending.  Because the ending is, as my students would say, sorta  lame.

So, what does a camera toting, wildlife geek like myself do to reward herself  when she’s reached a goal?

She hits the campground trails for research!

My first stop was to the eagle family. 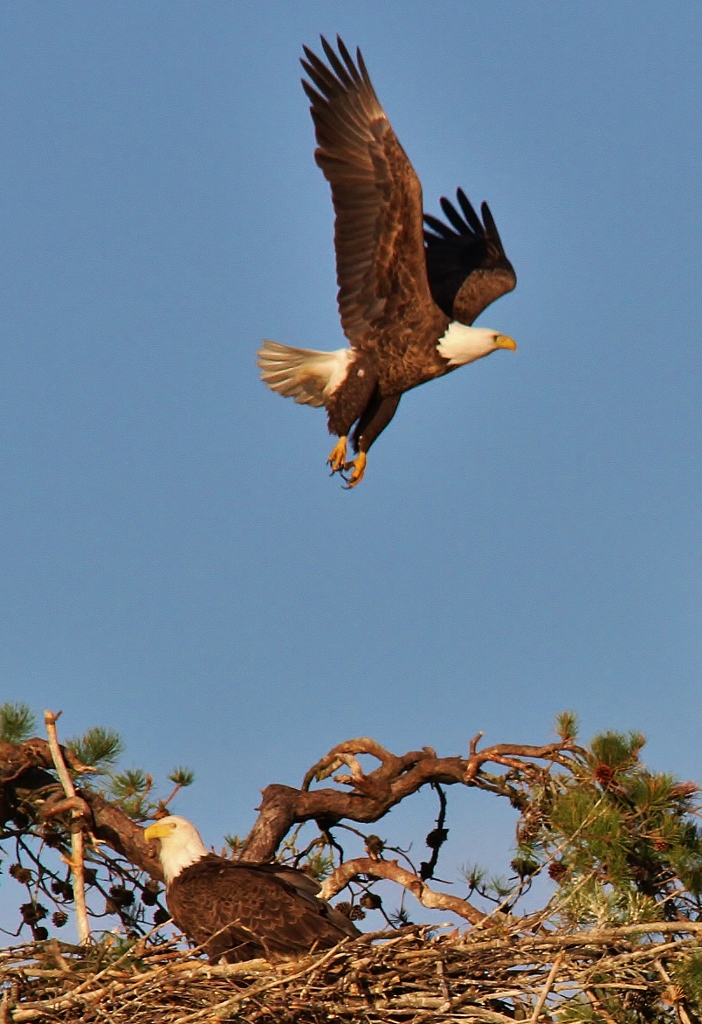 Mom and Dad are in and out, and in and out of the aerie now.  Their little eaglets are hollering for food.

Look at the face on this one! 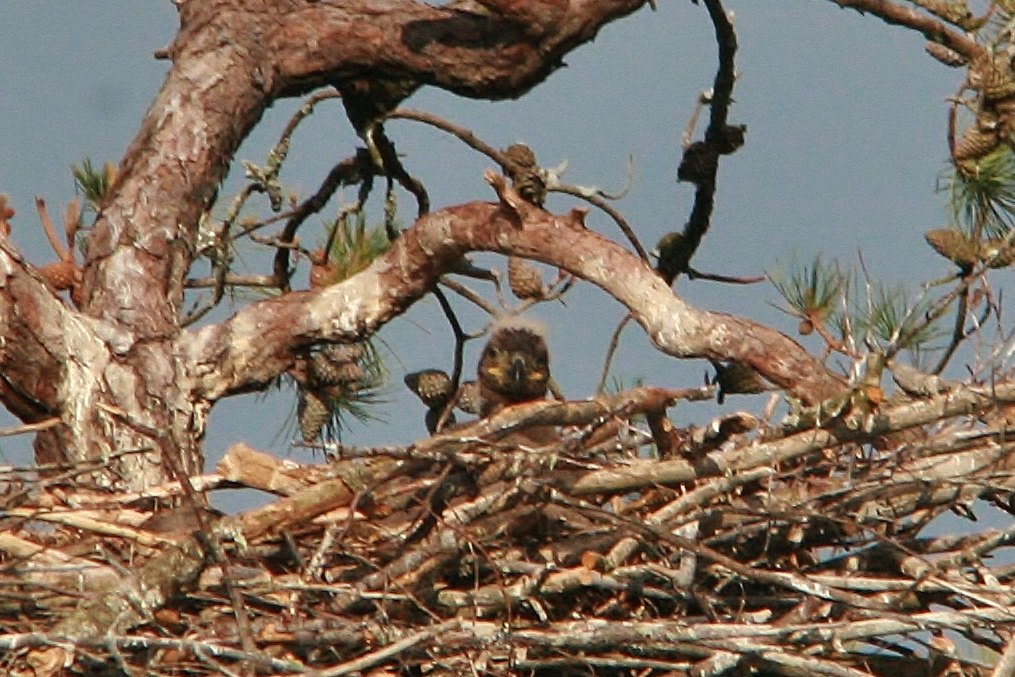 The eaglets have almost lost all their down.  See the tufts on top their heads? 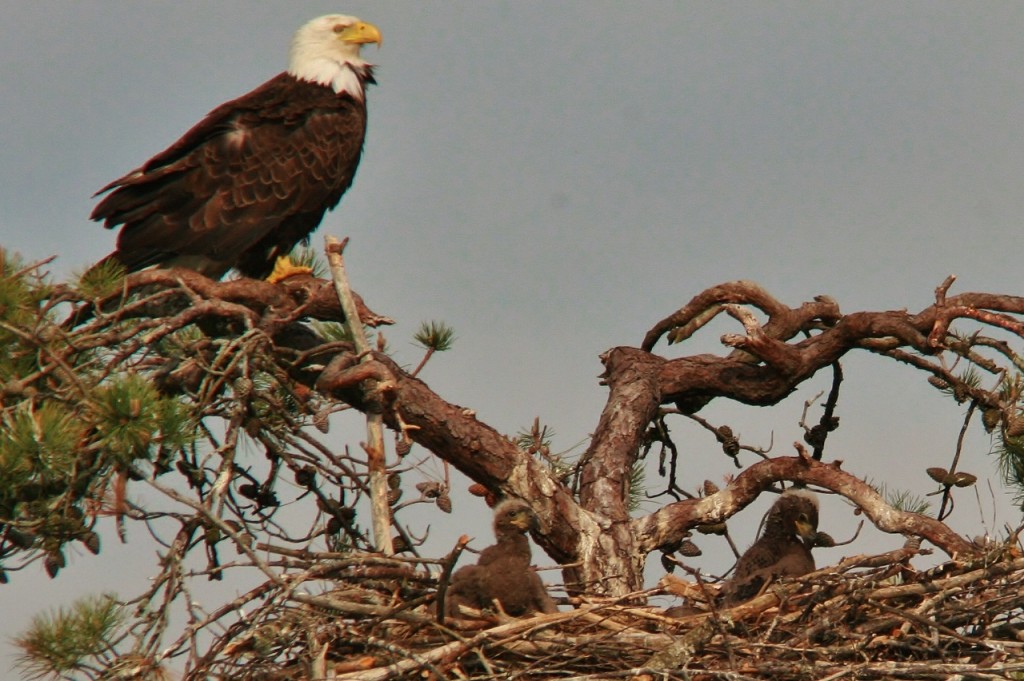 I even saw both adults leave the nest for the first time this season, after they’d dropped off some poor critter for lunch.  They didn’t go far though.  One of them was only three trees over . . . 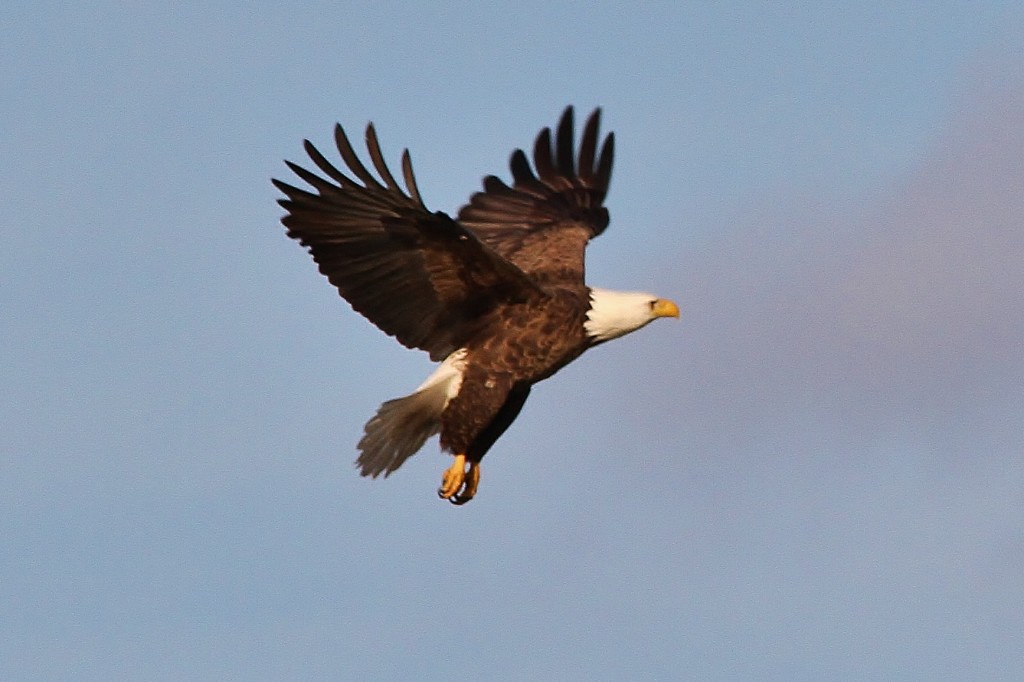 My second stop was to the fox den.   You know, I tried to take David a couple times, but the cubs never come out when he’s with me.  I believe they were born around the end of March, and I did snowshoe through there all winter long.  Perhaps they’ve gotten used to me? 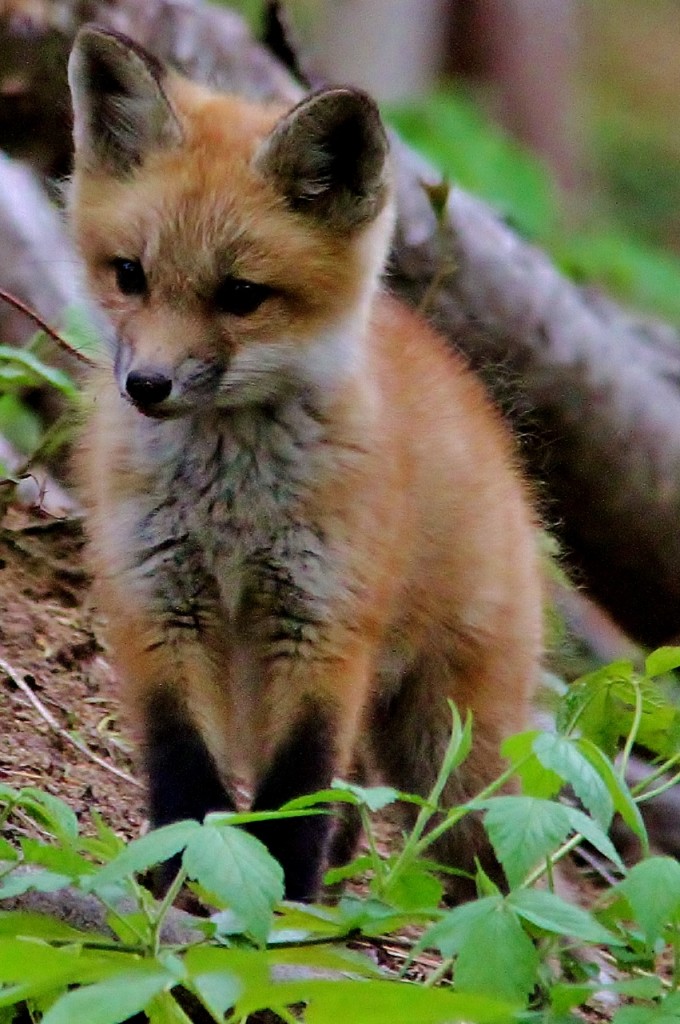 When I showed my students these photos, as part of a lesson on research, they kept asking, “How close weeeere you, Mrs. Wight?” 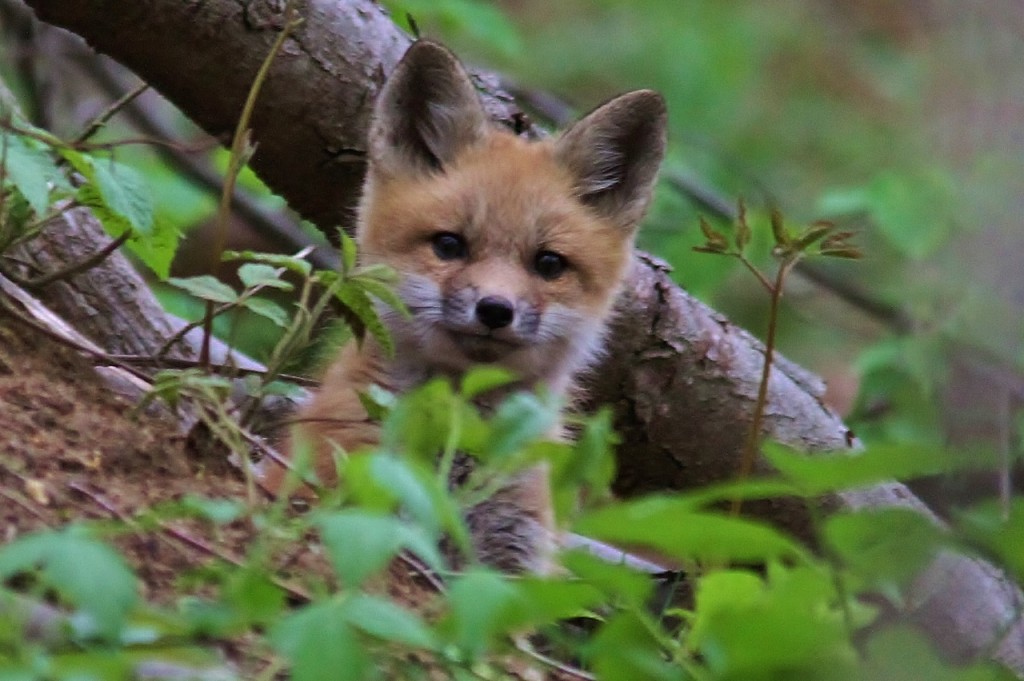 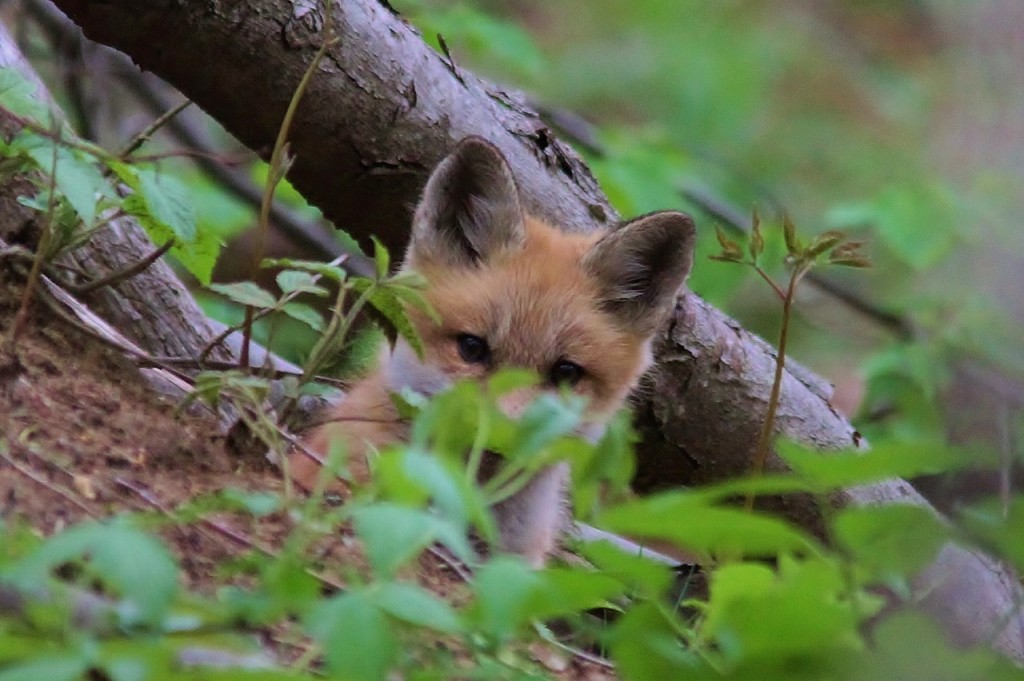 I really wasn’t as close as these photos make it seem.  I use a 150:500mm lens, which gives me shots like this: 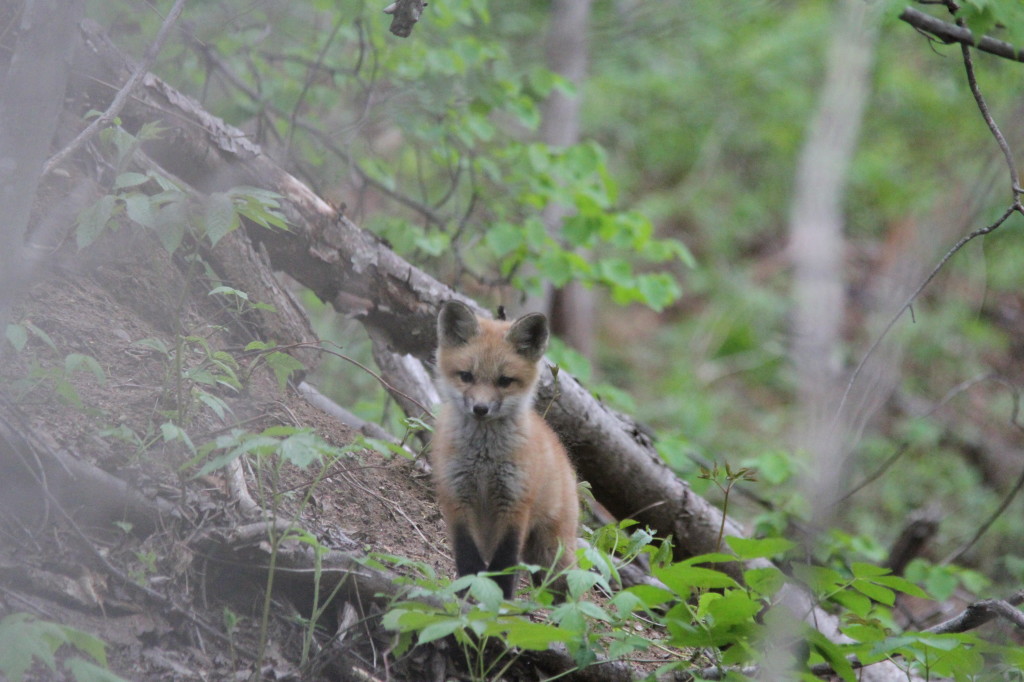 Which I then crop and “play with”, until they look like this: 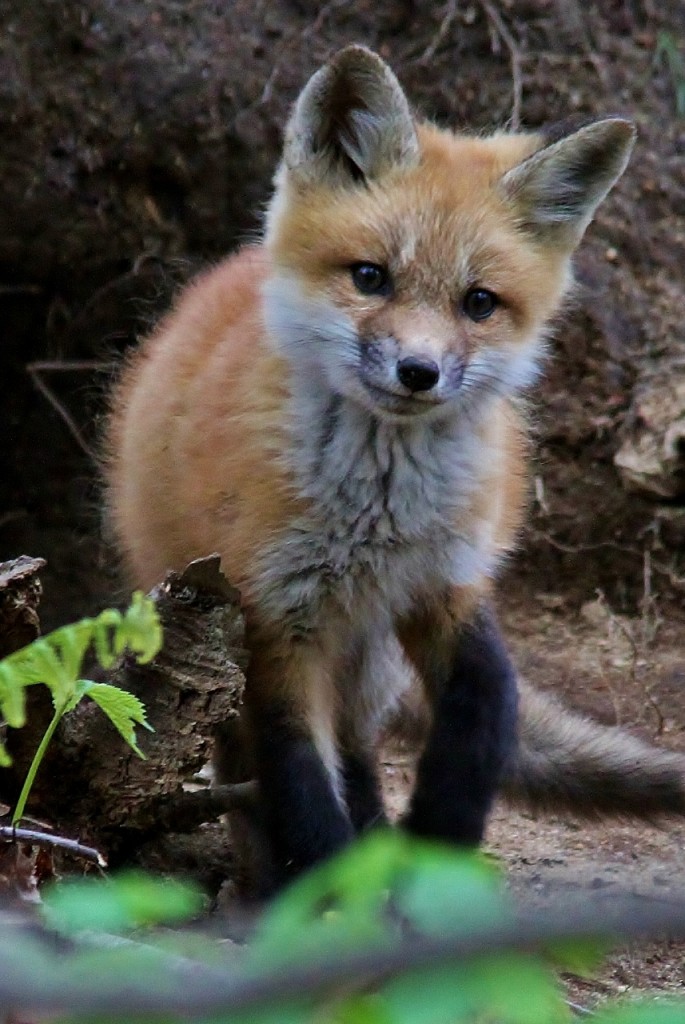 Here’s my favorite series of photos from that visit.  A silly little red squirrel wandered down a tree to forage on the forest floor. And this kit saw it . . . 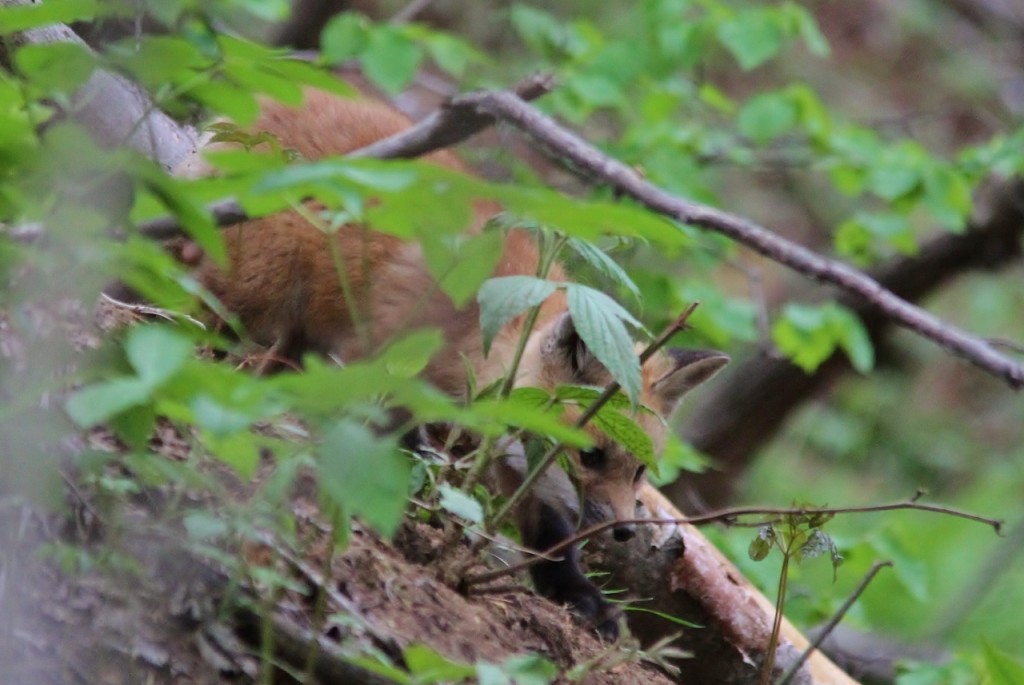 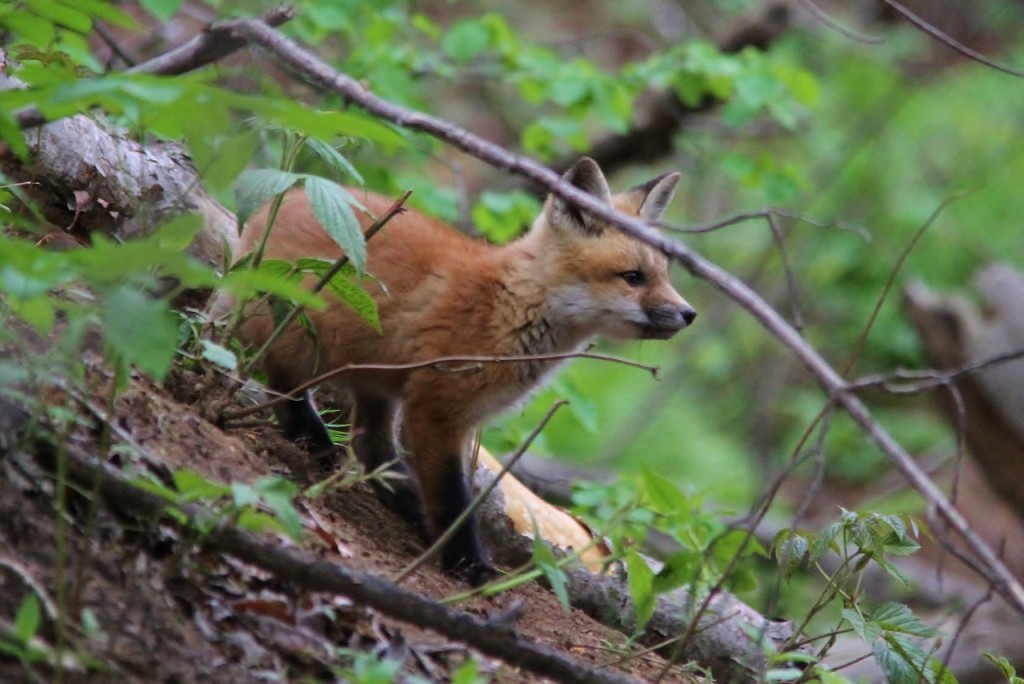 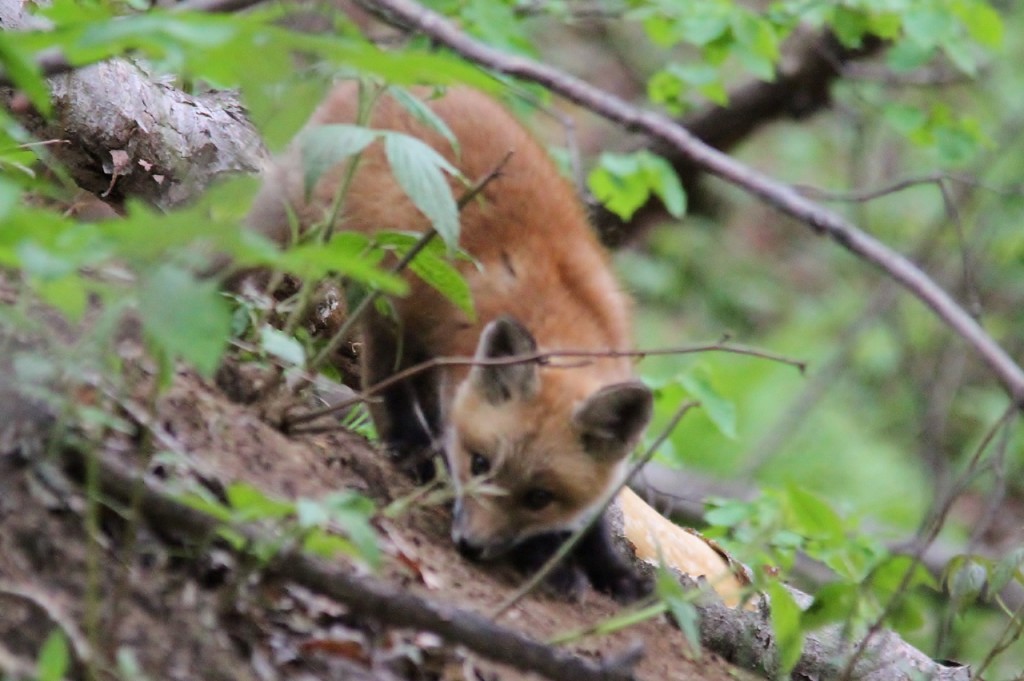 Then was easily distracted by the click of my camera shutter. 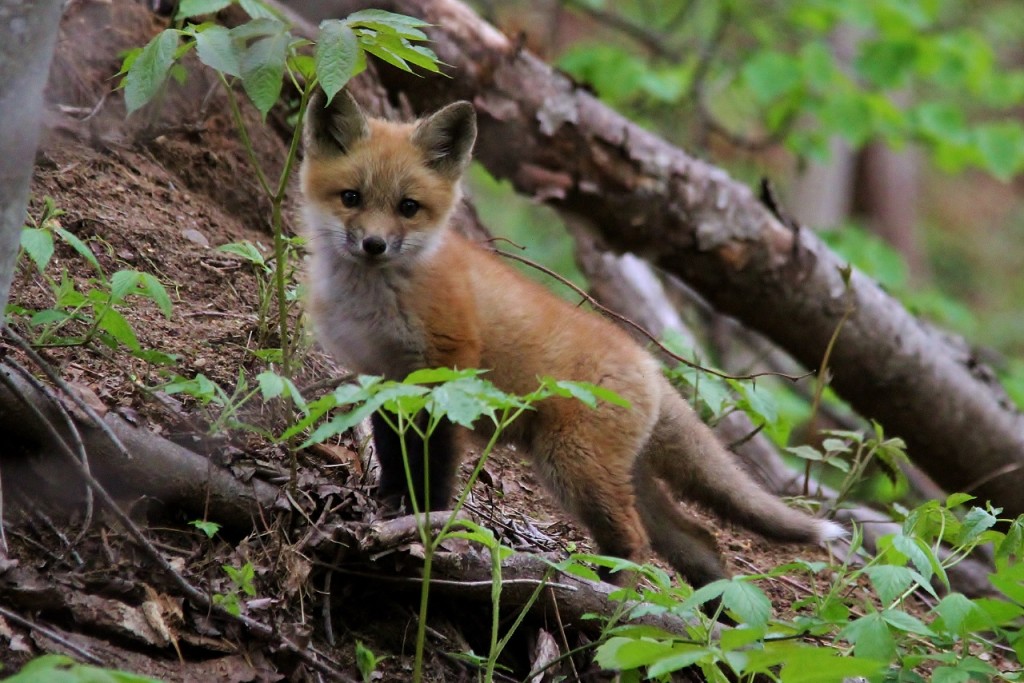 Here’s the two kits from that visit, huddled together. 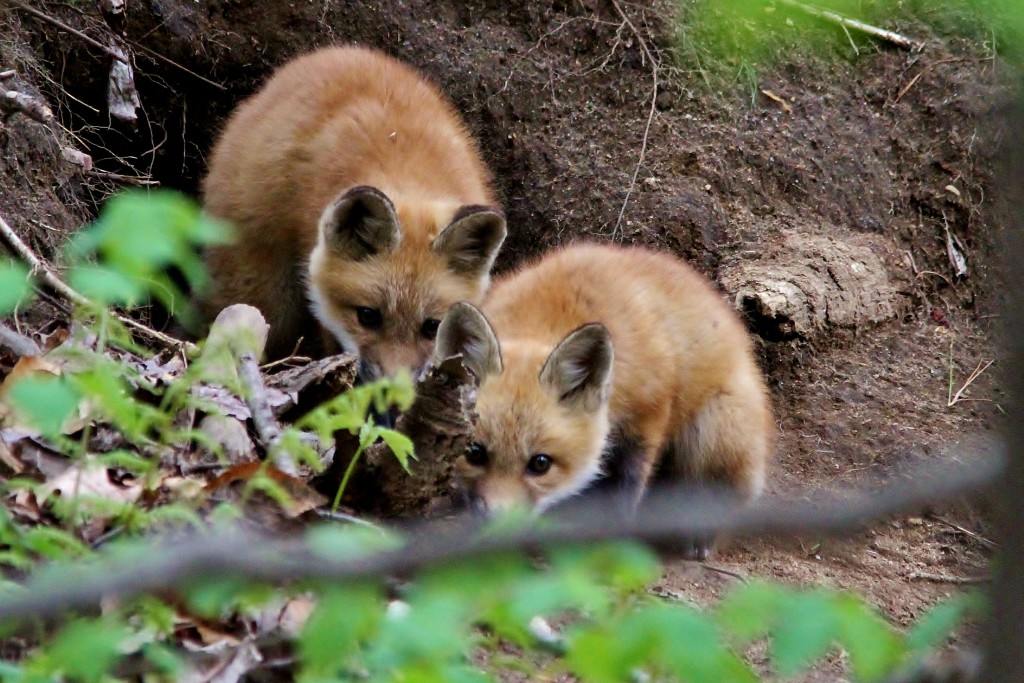 I also got a chance to watch this guy play with his supper; tossing it in the air and dragging it back and forth.  I wonder what his mother would have thought of that.  Seriously though, those skills will be useful when its his turn to hunt. 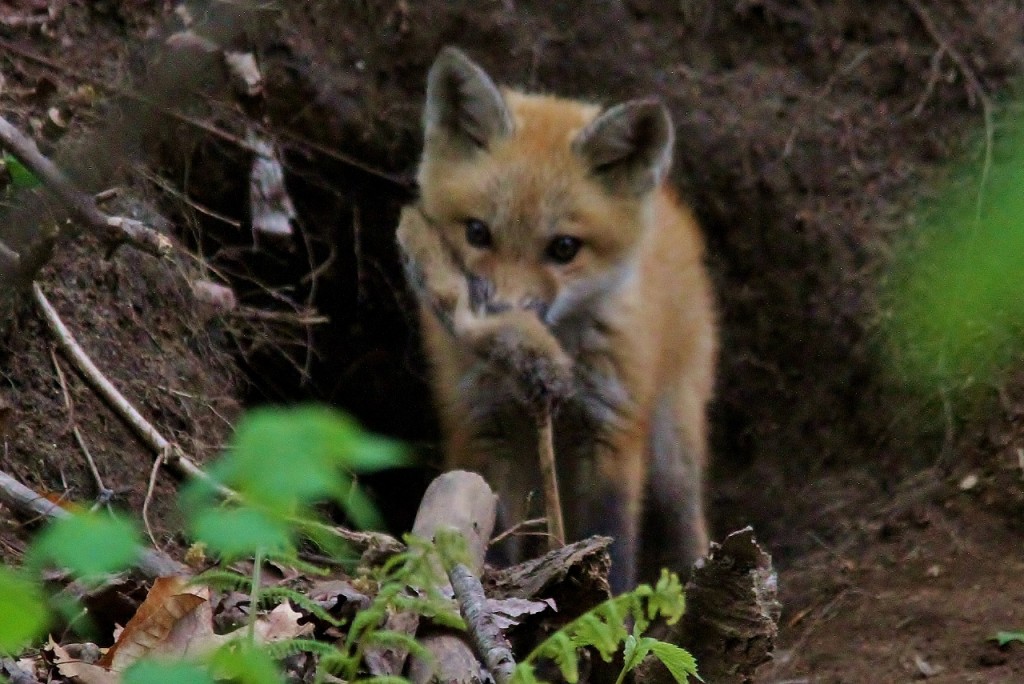 Like I told my students today, research is a very important part of writing.  And it also happens to be my very favorite part!

This entry was posted in Cooper and Packrat, Wildlife Sightings and tagged eagles, fox, loons. Bookmark the permalink.