I had a chuckle today, when this nuthatch showed up at the Snowman’s photo shoot. 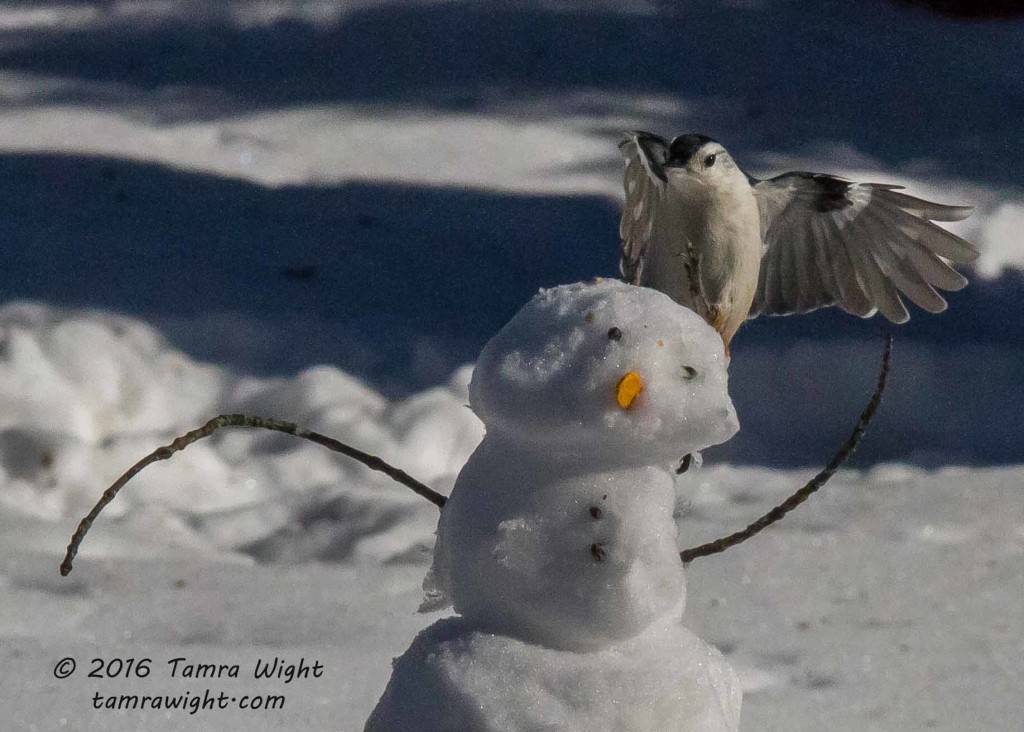 I thought he’d be great addition to the Snowman’s friends.  But, alas, he pecked on the poor guy’s head. 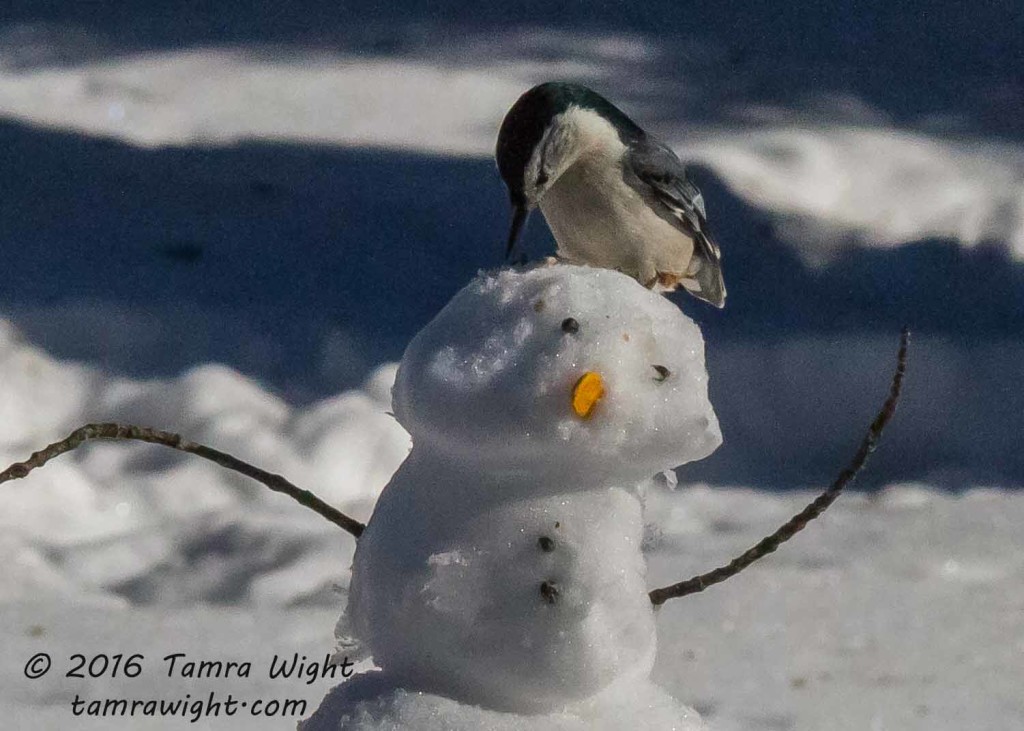 He stomped his feet, kinda like, “Hellooooo?  Anybody in there?” 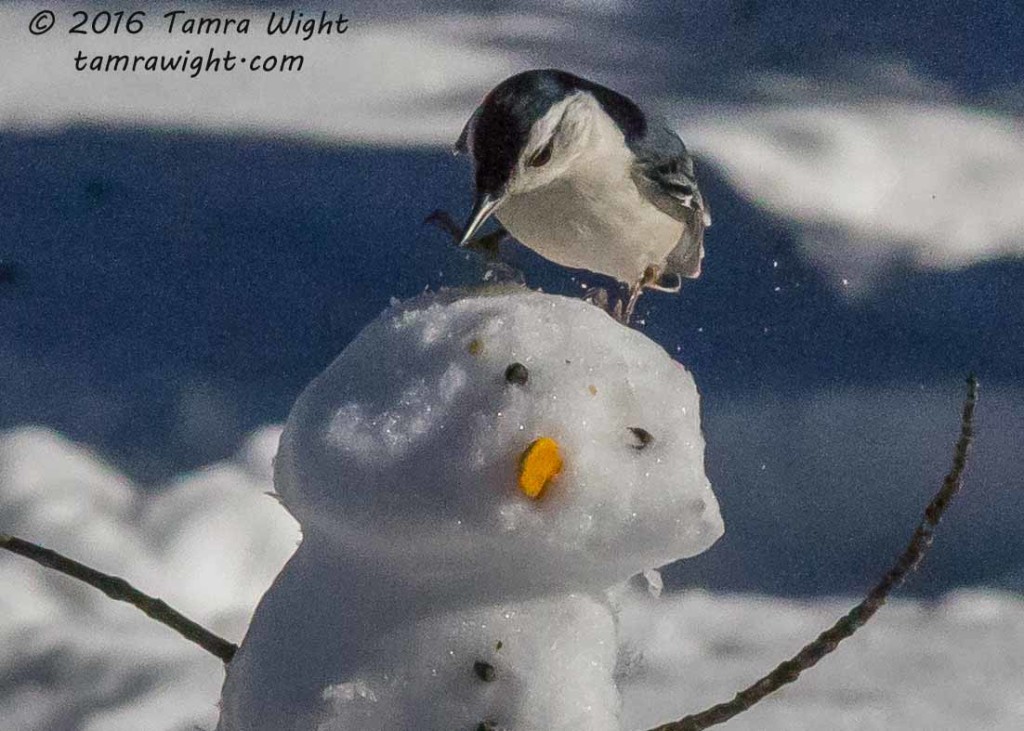 Then he eyed Snowman’s little friend. 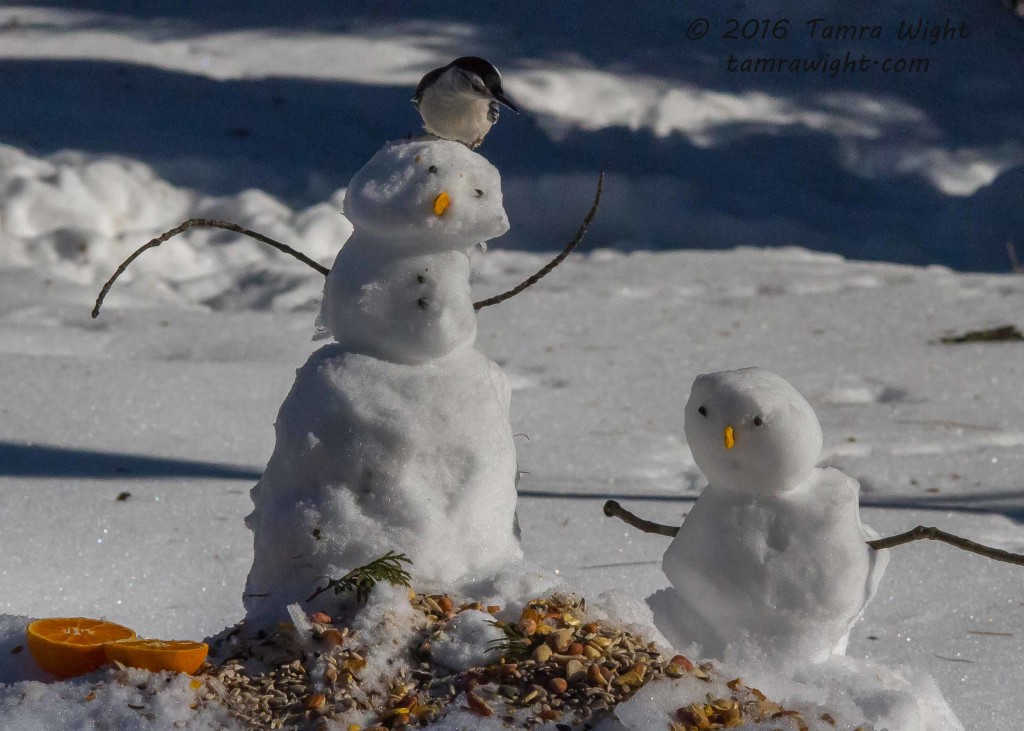 Eventually, he saw the seed. 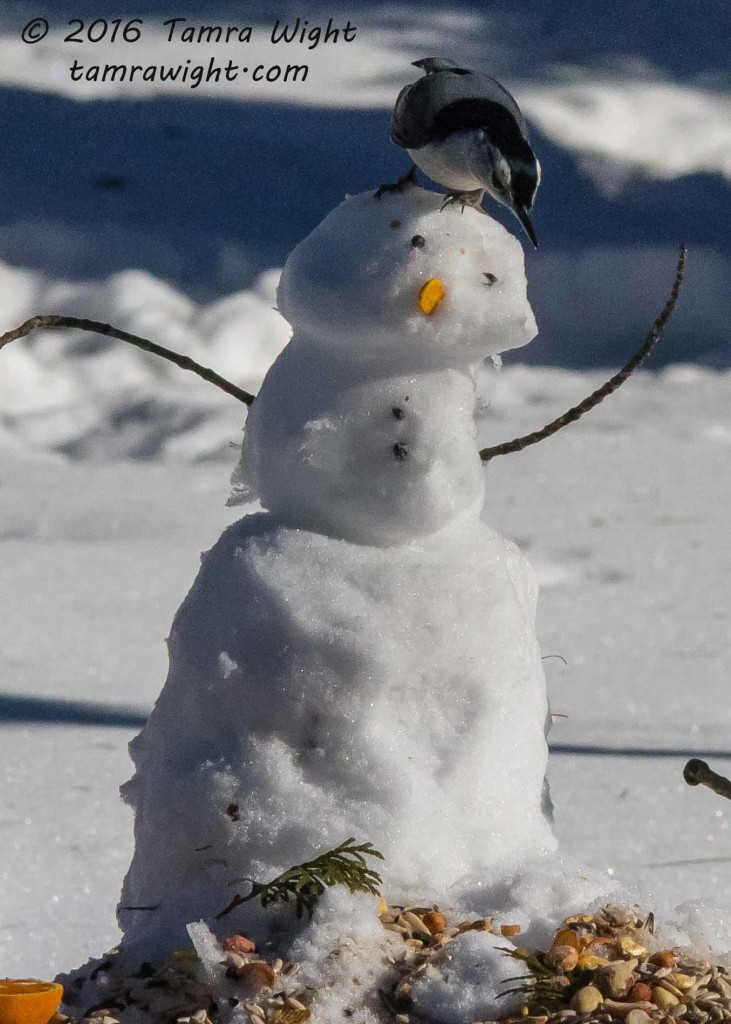 But in his greediness, he slipped and fell! 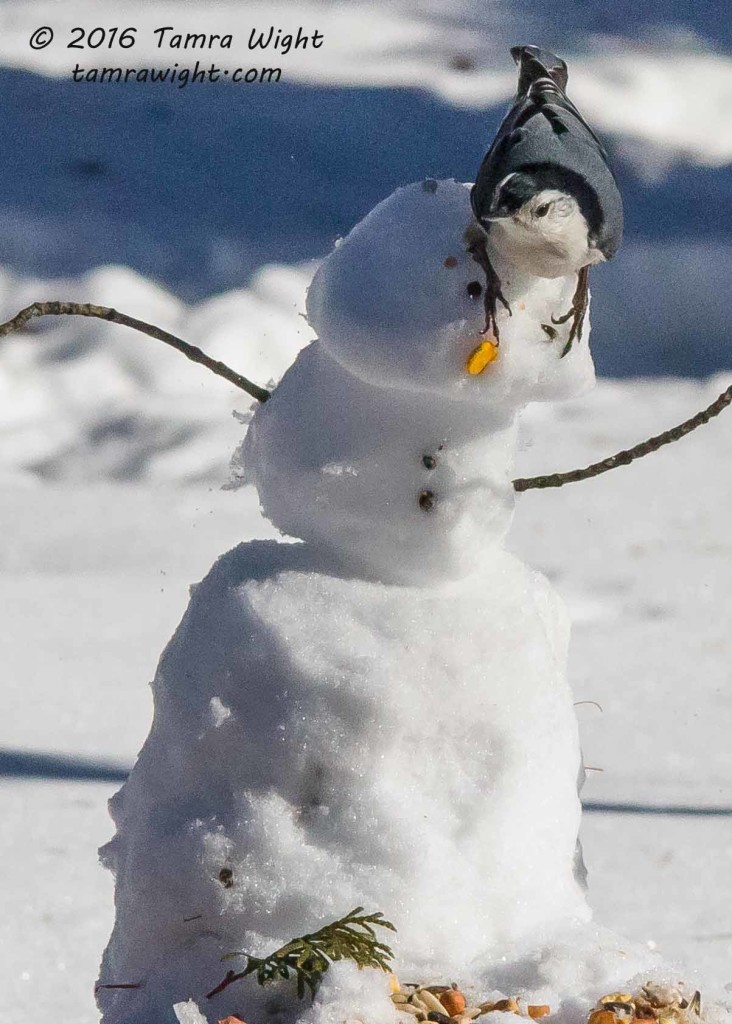 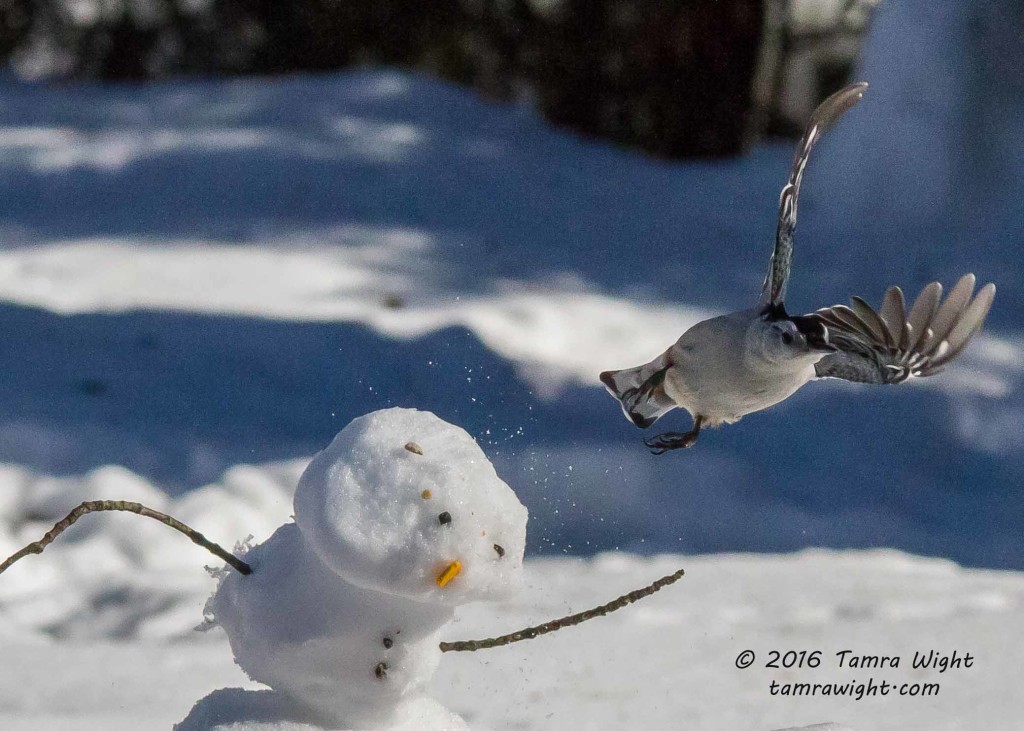 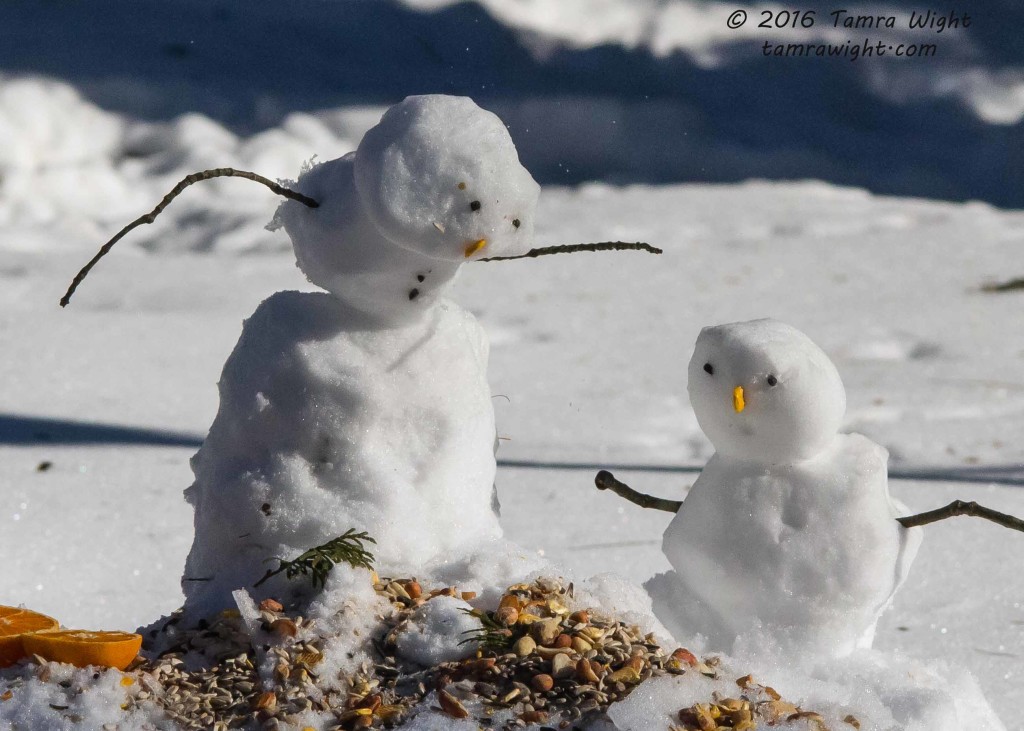 That nuthatch was NOT a very nice friend! 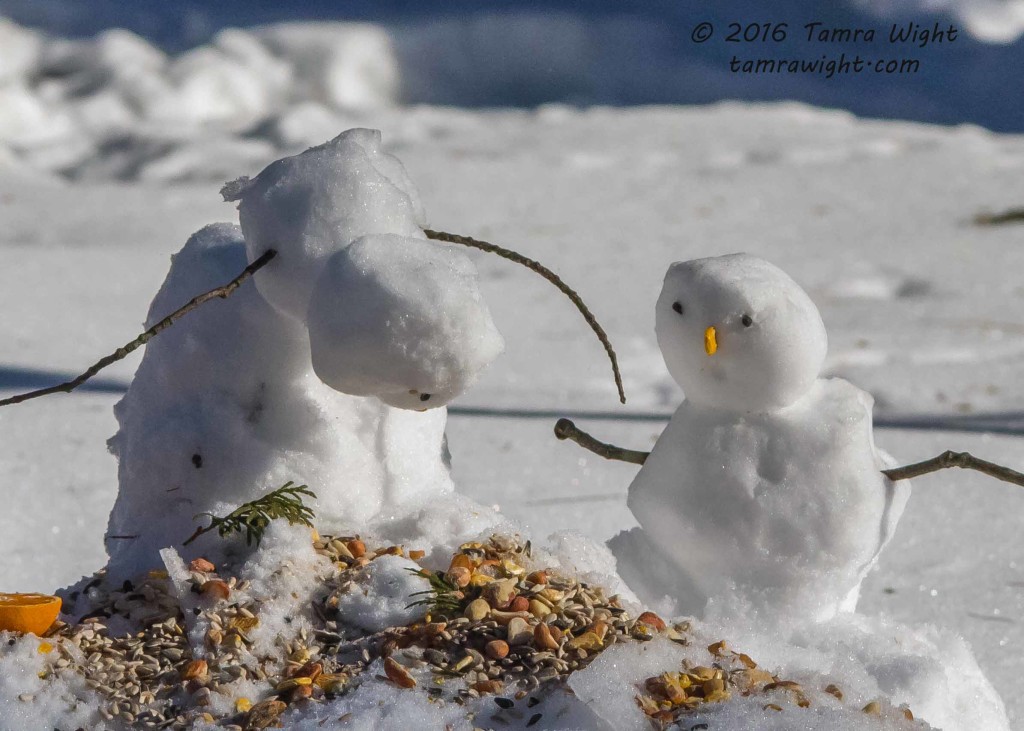 4 Responses to Snowman and Friends Bloopers