Sometimes, when I go out in the kayak, I’m intent on finding photo opportunities.  Sometimes, I’m looking for time to to let my mind wander in the quiet around me.

Sometimes I need to “be” one with nature, to clear my head and fill my soul. No thinking allowed – only observing all the marvelous sights and sounds around us. How green the leaves are, the sound the water makes as it laps at the shoreline, the  shapes of the clouds as they float past, the beads of water on a spider web built between two Water Bulrush.

It was on one of those days that I decided to snuggle my kayak up to the shoreline, and just be. I put my paddle down, raised my camera and waited. I saw little bugs dance across the water. A fish jumped up out to catch one, as birds flitted over to get one, too. And then I heard a commotion in the bushes a short way away.  I turned my camera on it and saw a female red-winged blackbird rise from between the leaves, a dragonfly in her mouth. 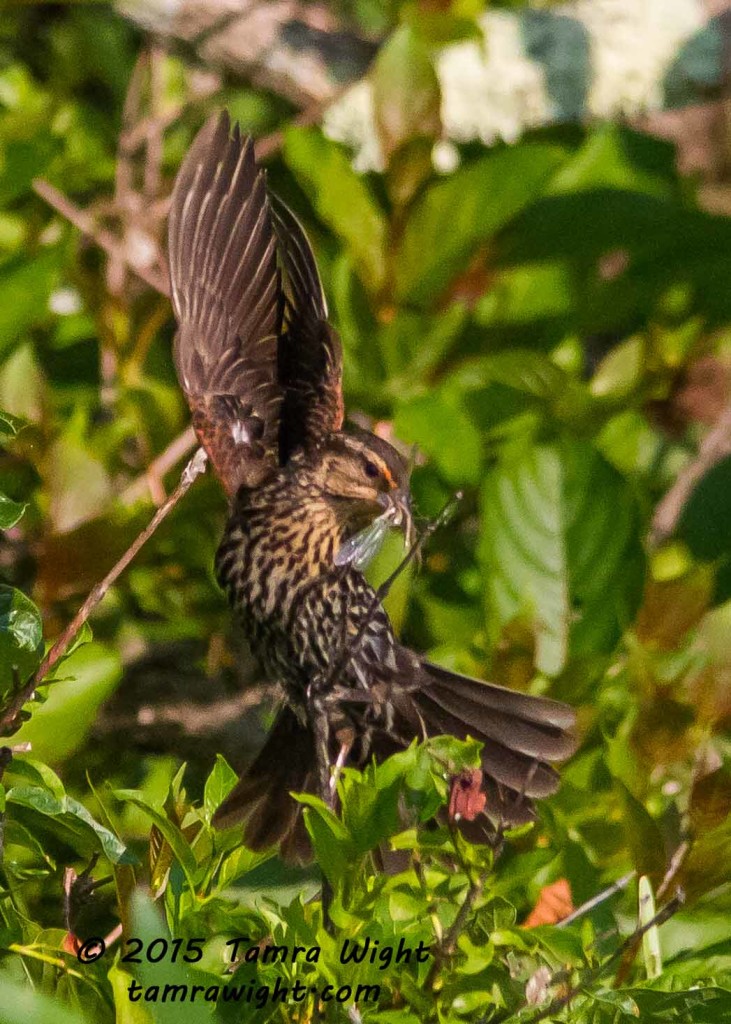 She hovered there, and at first I wasn’t sure why. 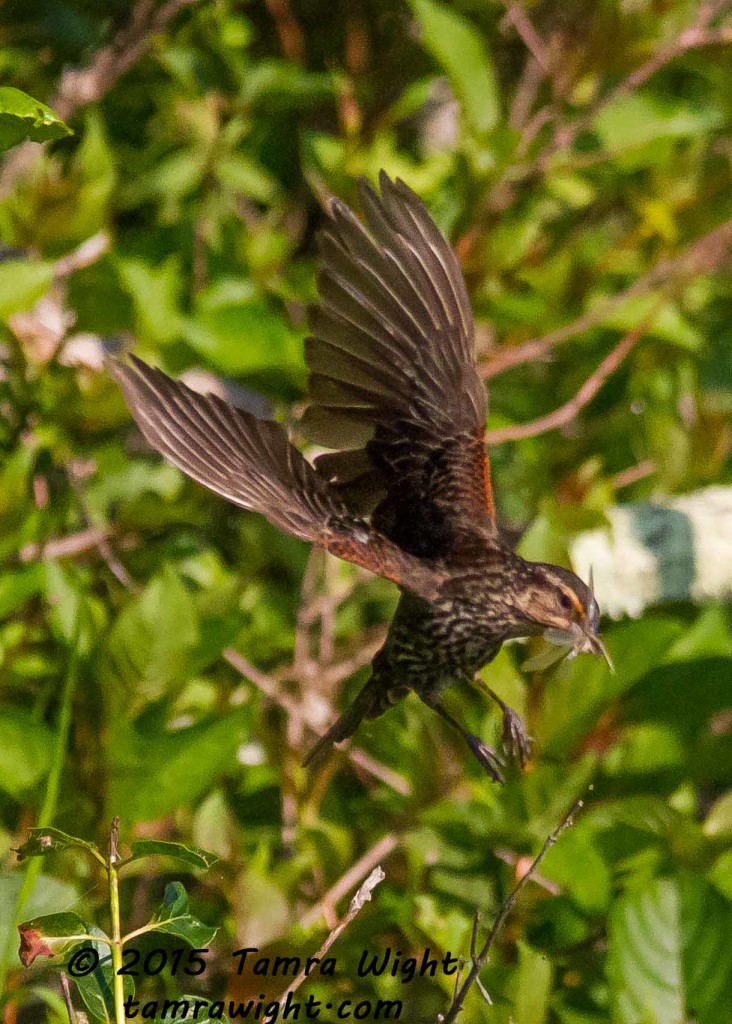 But I understood as soon as a chick rose up to follow her. 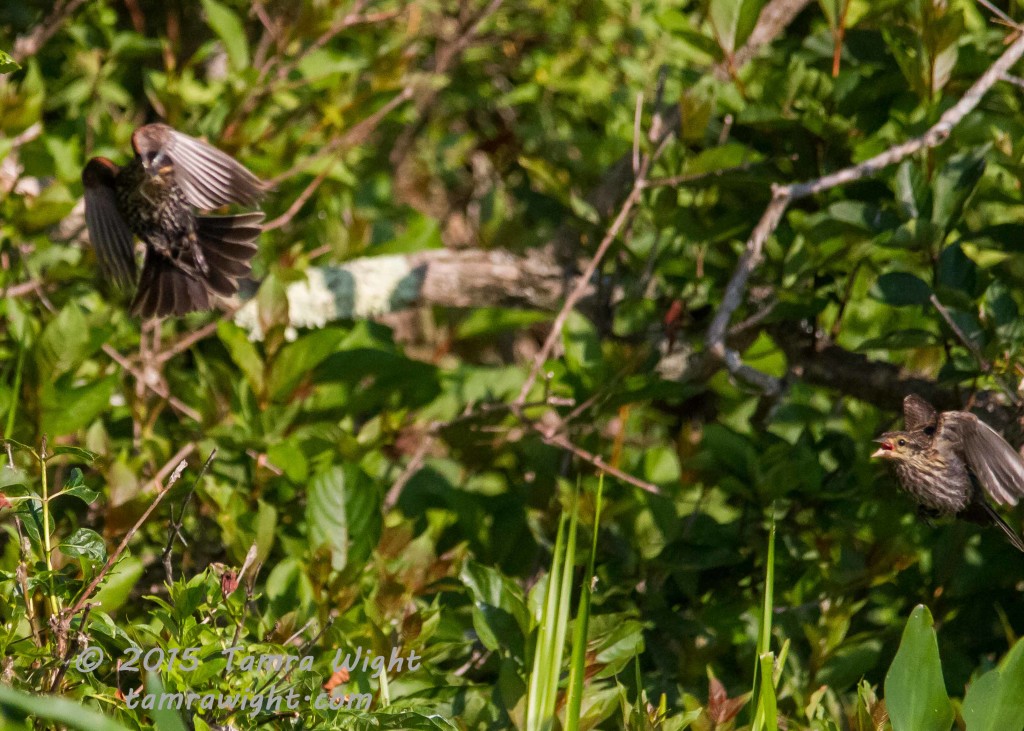 She led it on a merry chase to a nearby branch. 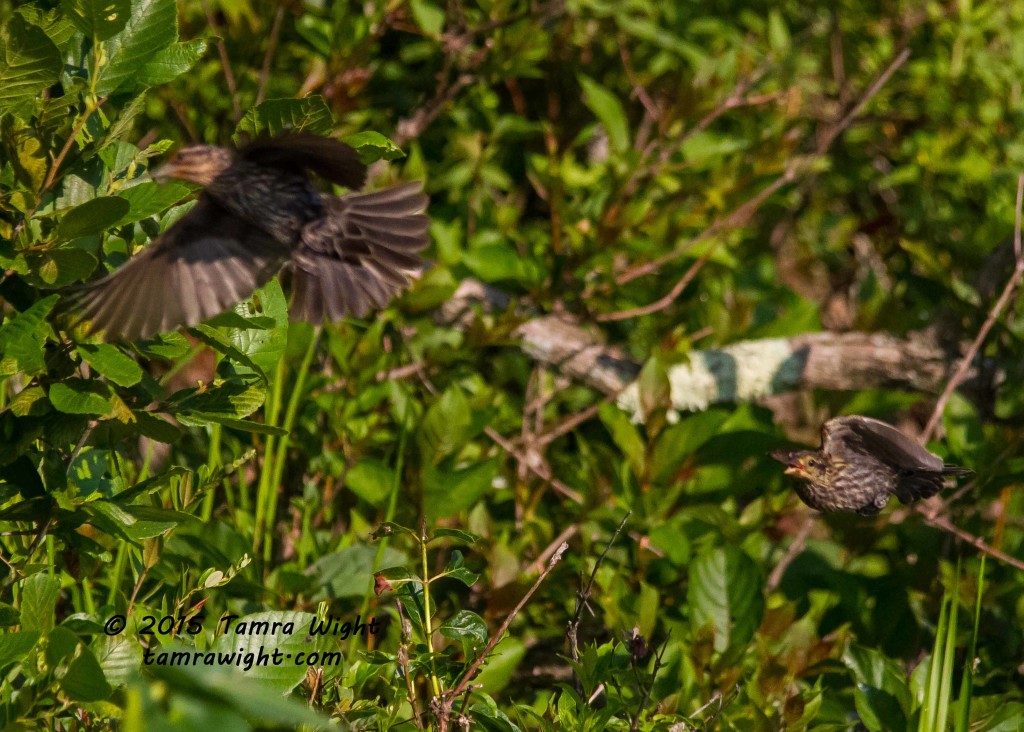 The chick hollered and hollered. But Mama bird didn’t go any closer. 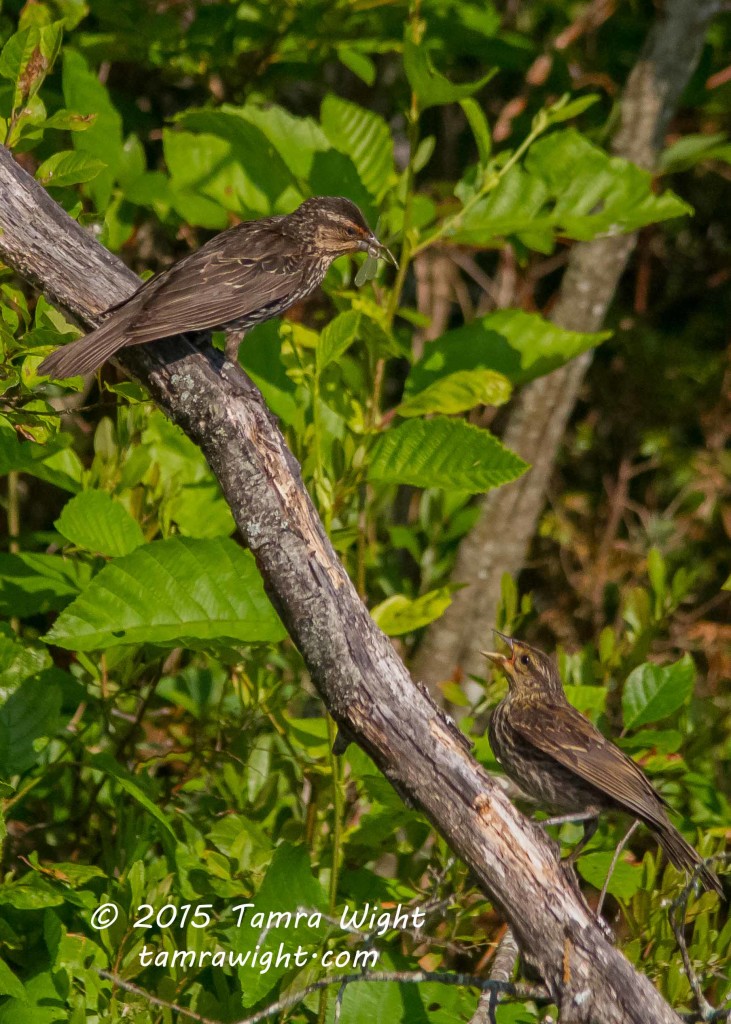 Instead she showed off that dragonfly, then turned her head, almost as if to say, “How badly do you want it?” 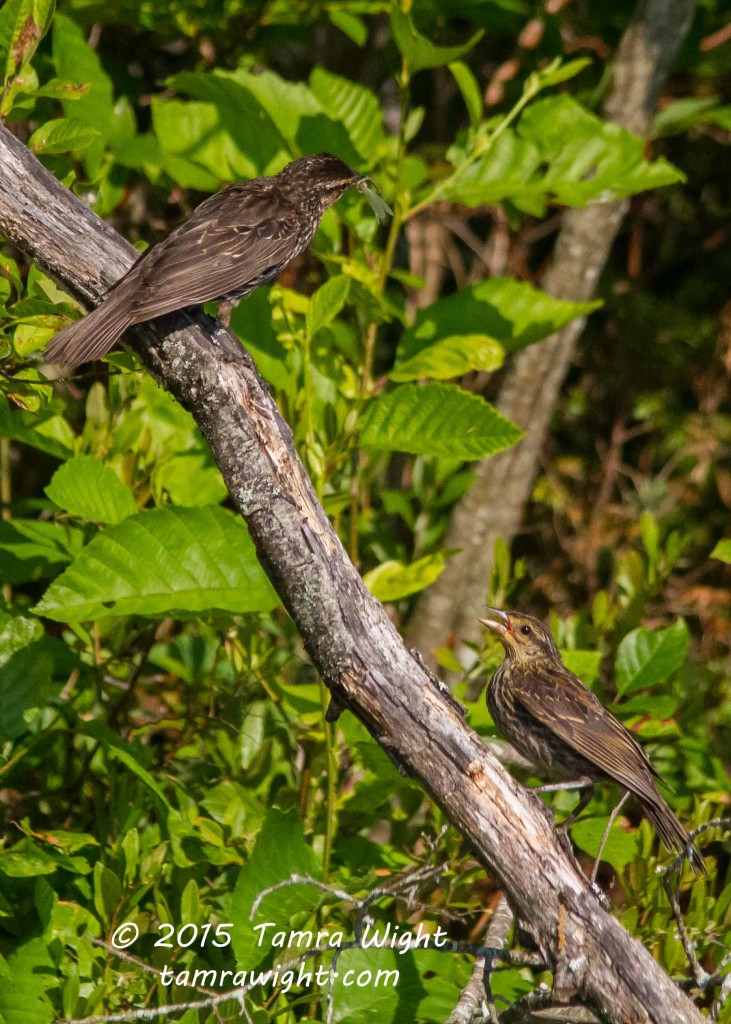 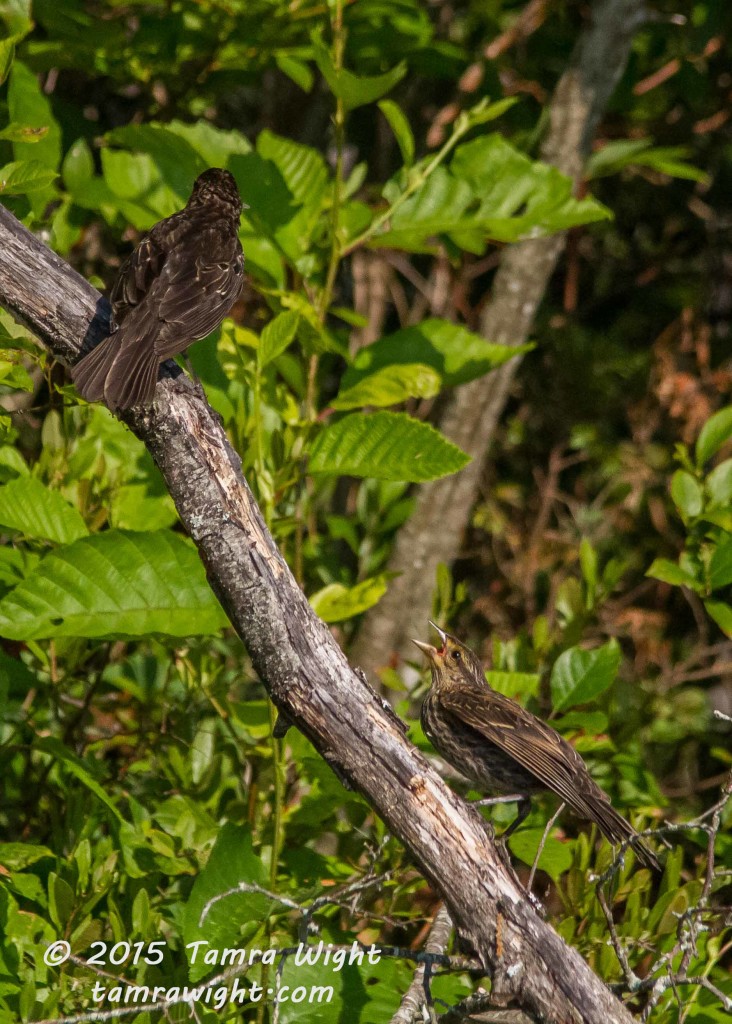 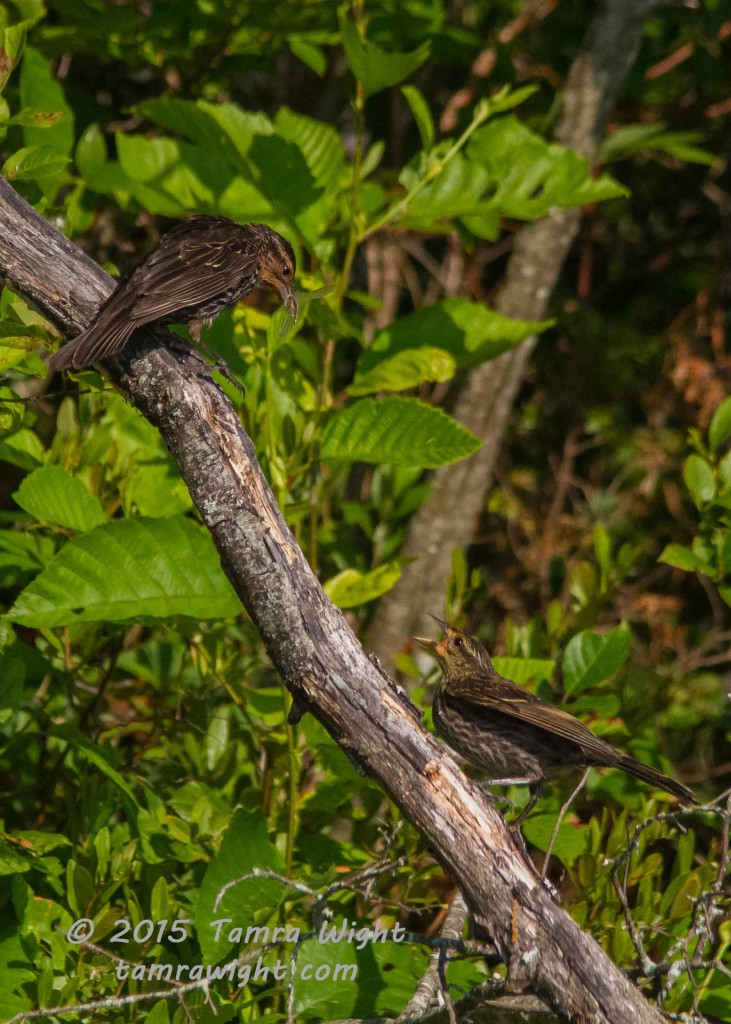 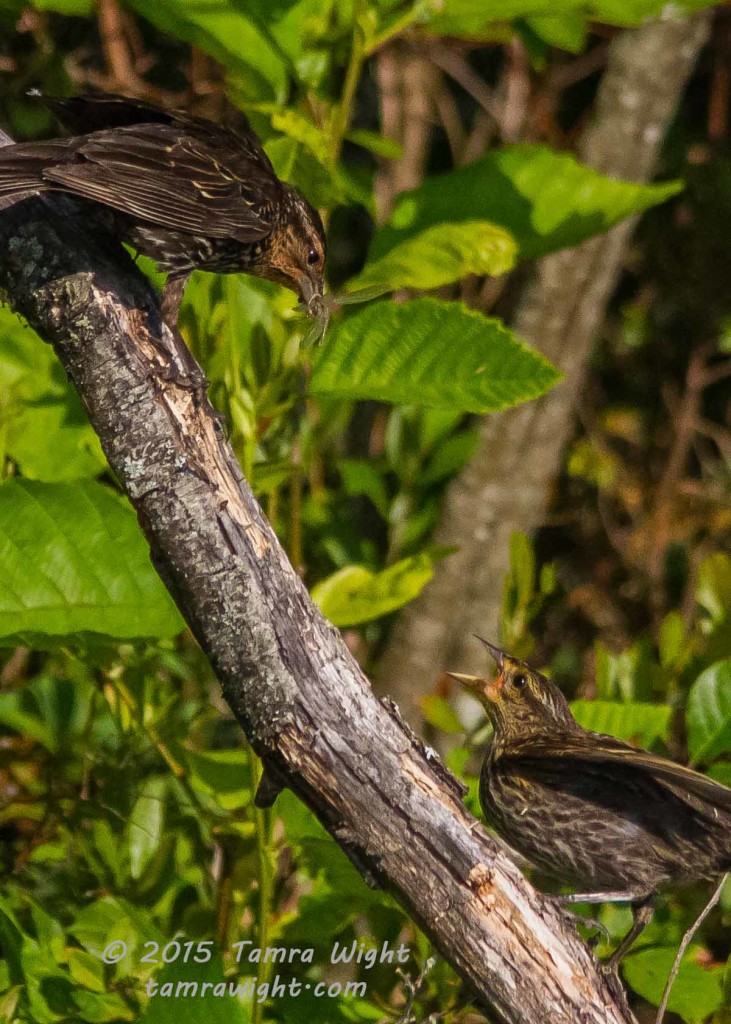 The little one wouldn’t budge, so she eventually scooted down the branch to give it the dragonfly, it so desperately craved. 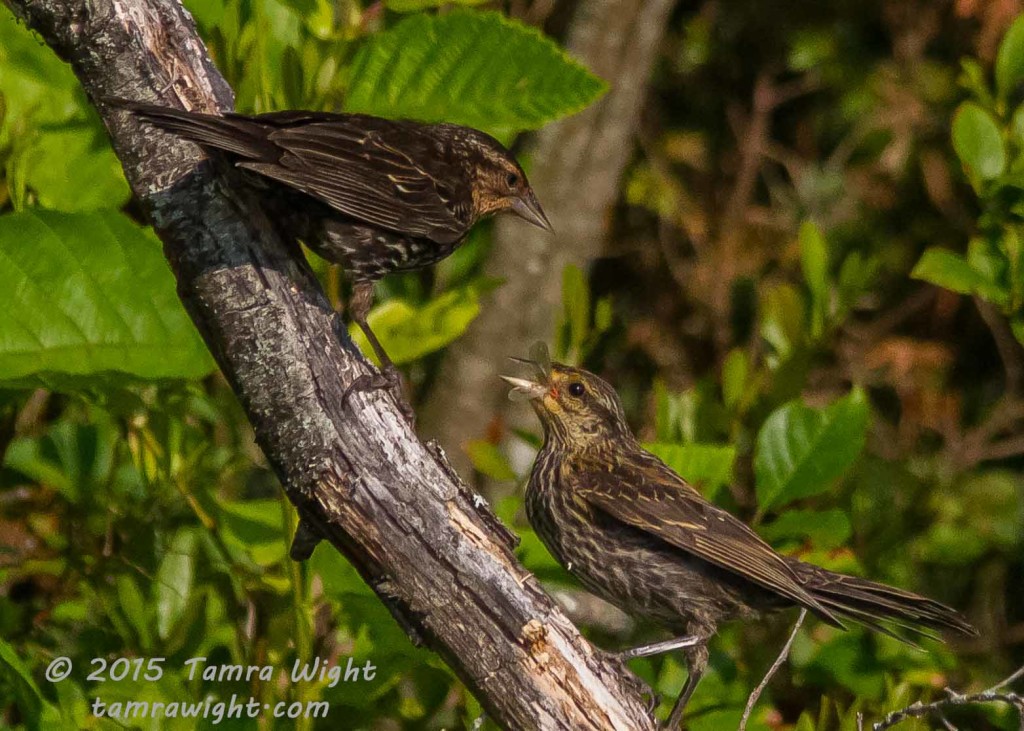 I know, that with its mother’s patient teaching, it won’t be long before the little one is grabbing dragonflies of its own. 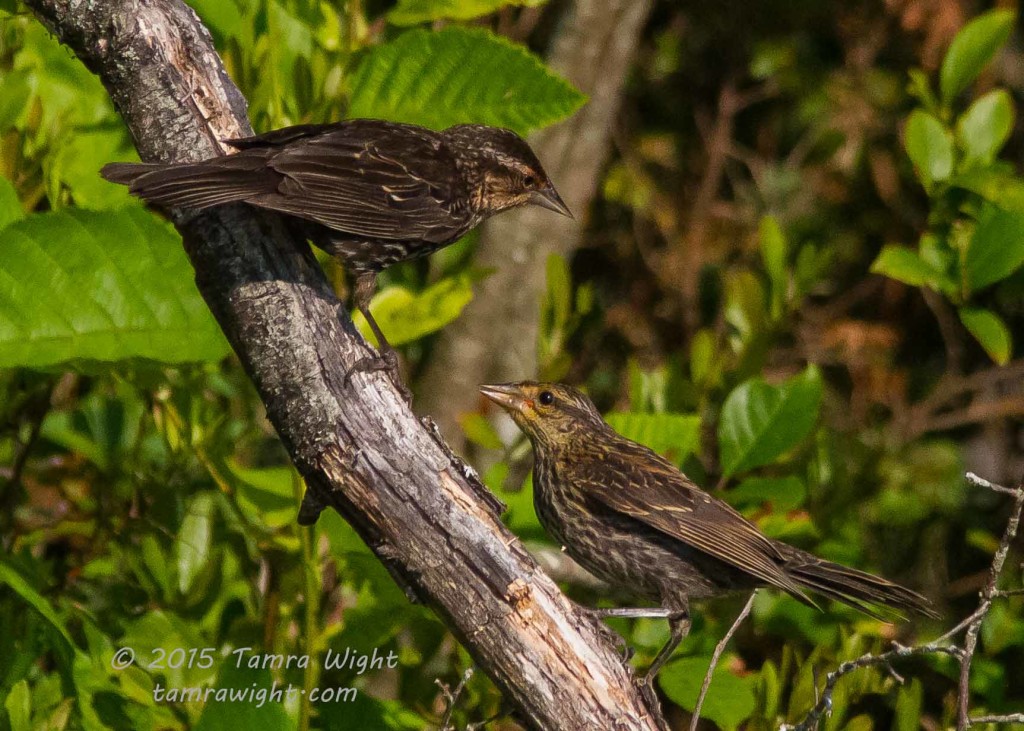 And perhaps on my next moment of “being”, the bird I see snatching dragonflies from the air, will be this little one.