Loon Update: Something Doesn’t Add Up, Or Does It?

With this big lens of mine, I’ve been able to keep track of our loons better than I ever have.

Back on April 29th, I happened to see them mate.  I counted out the days and marked my calendar for chicks somewhere around May 30th.

The very first nesting picture I took was May 18th . . . a not-so-great photo, but it shows exactly where the nest was. 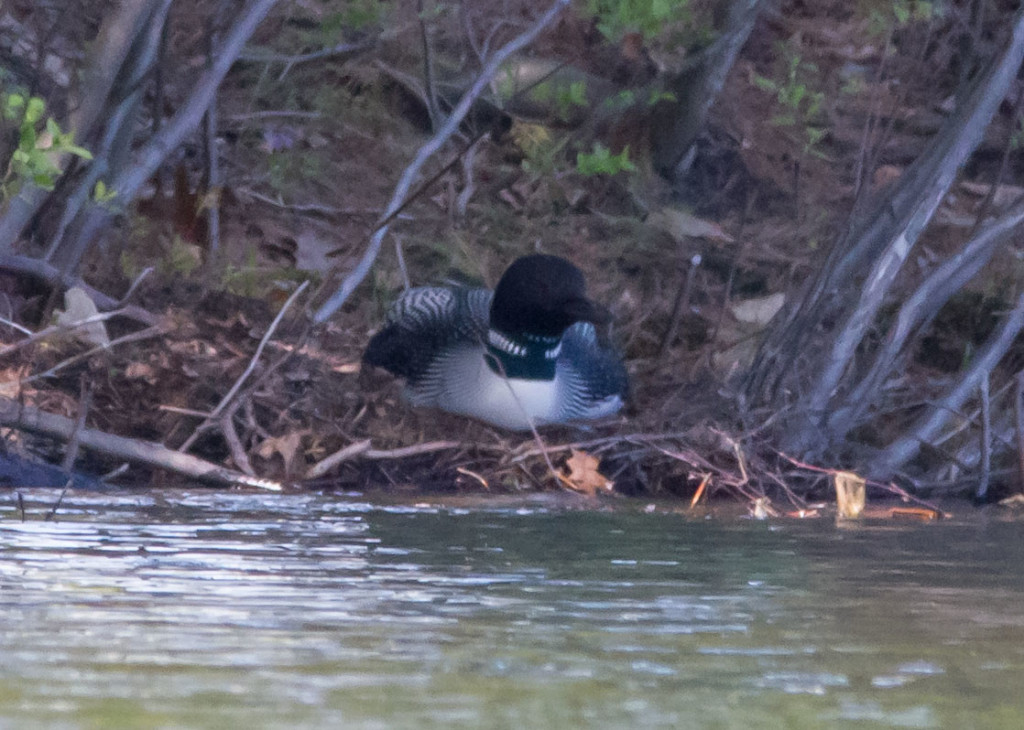 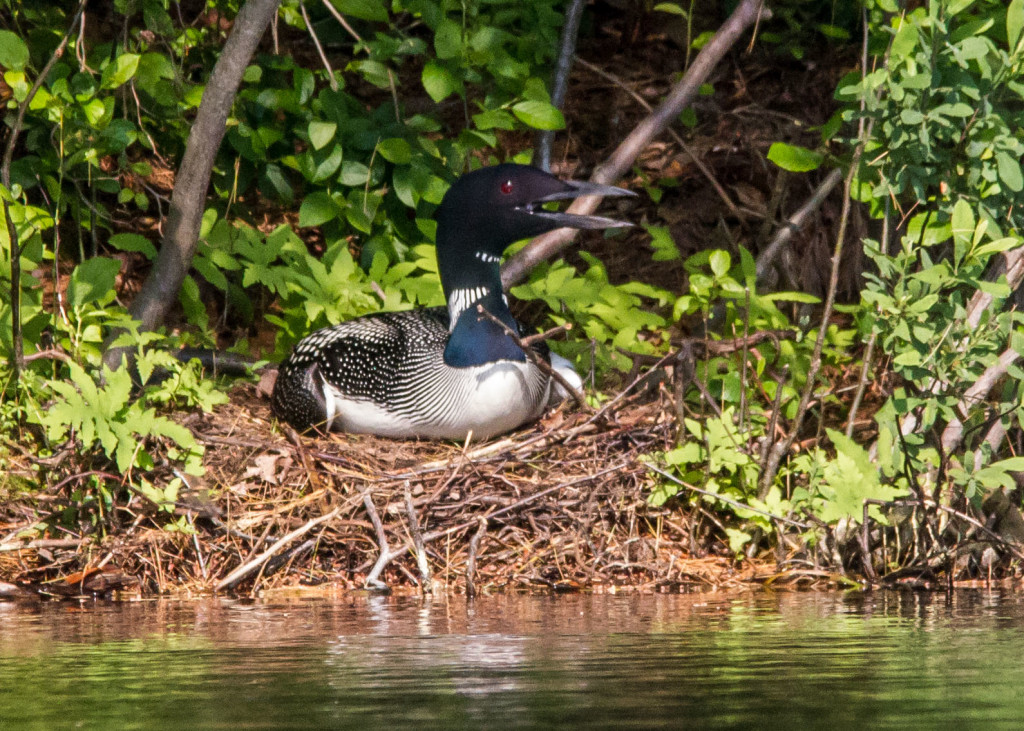 IF I happened to catch the loon when she was first on the nest,(which seems odd they’d go that long between mating and nesting)  this would be day 40, ten days after the incubation period.  I began to wonder if she was sitting on a non-viable egg.

But look again and tell me if you see, what I see:

The water level is lower, which would be normal, except for all this rain we’ve been having the last week.

Her nest is more level.

In all my pictures around June 24th, the leaning tree is directly behind her.

The neighbors report having seen two eggs early on and thought perhaps an eagle or raven had gotten to one of them, when I told them I had proof of only one egg on the 24th. 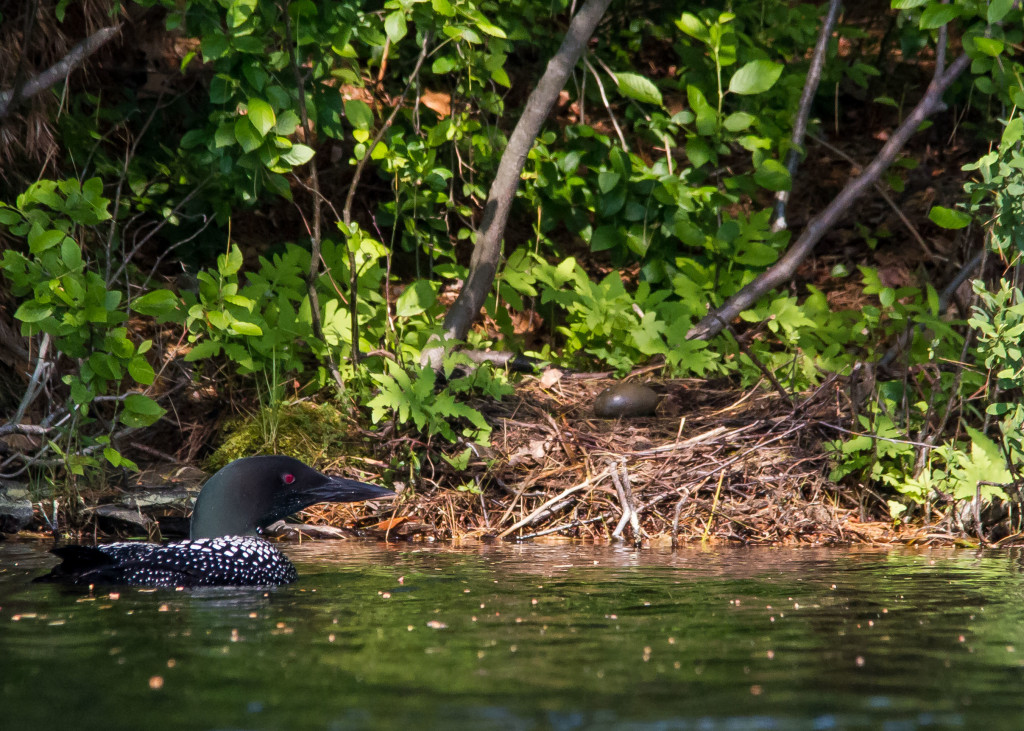 So . . . maybe this is wishful thinking, but Dave and I have a theory.  We believe the first nest flooded again in May, as it did last year.  Or something got to the eggs.  Or they rolled off.  At any rate, they were lost and no one saw it happen, or even suspected it because the loons went on to re-nest, in almost the same exact spot.

We think they’re getting a second chance at having a family, with this one egg. 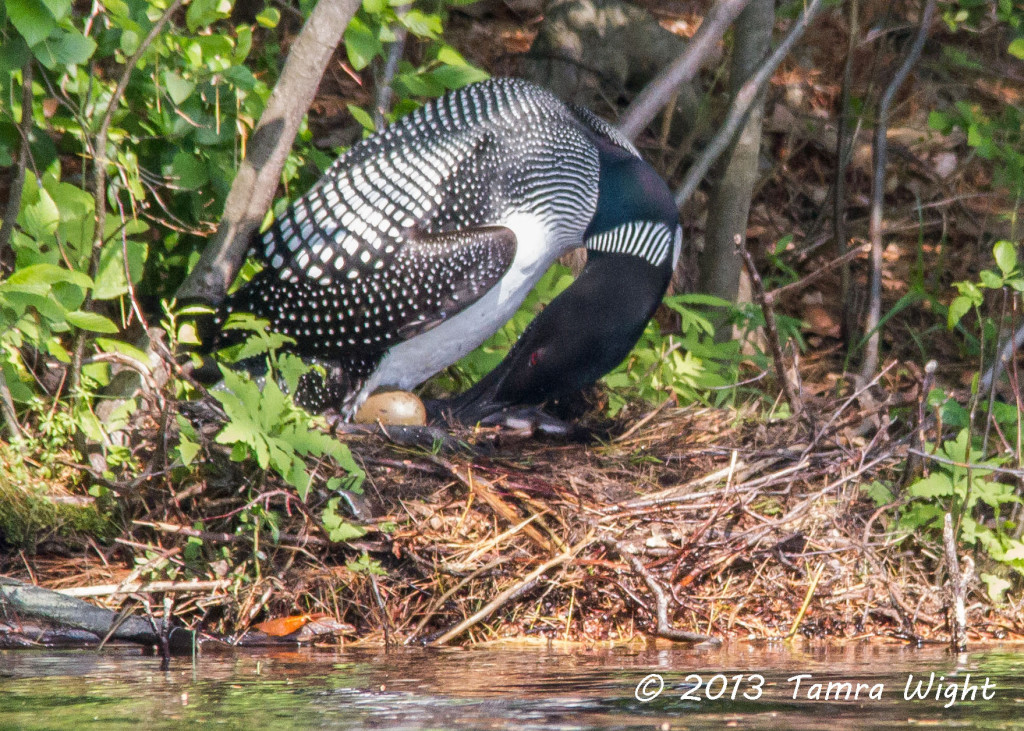 Which is very ironic, considering Cooper and Packrat is all about re-nesting and second chances, too. 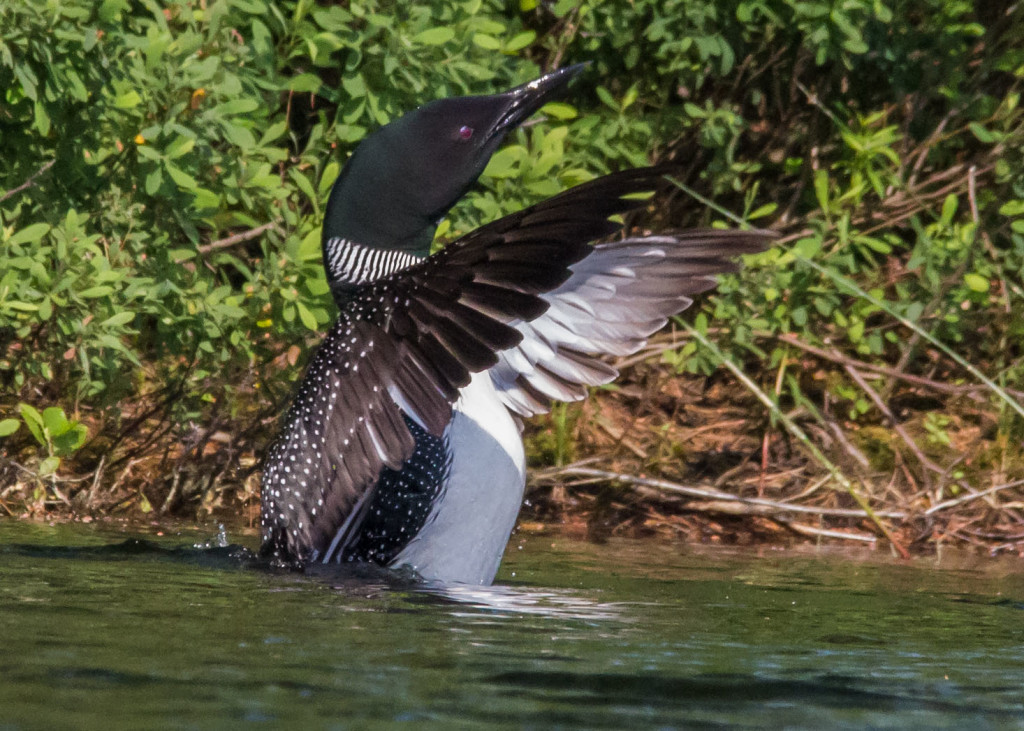 I will continue to keep tabs, ever hopeful this pair will raise another adorable chick in 2013. 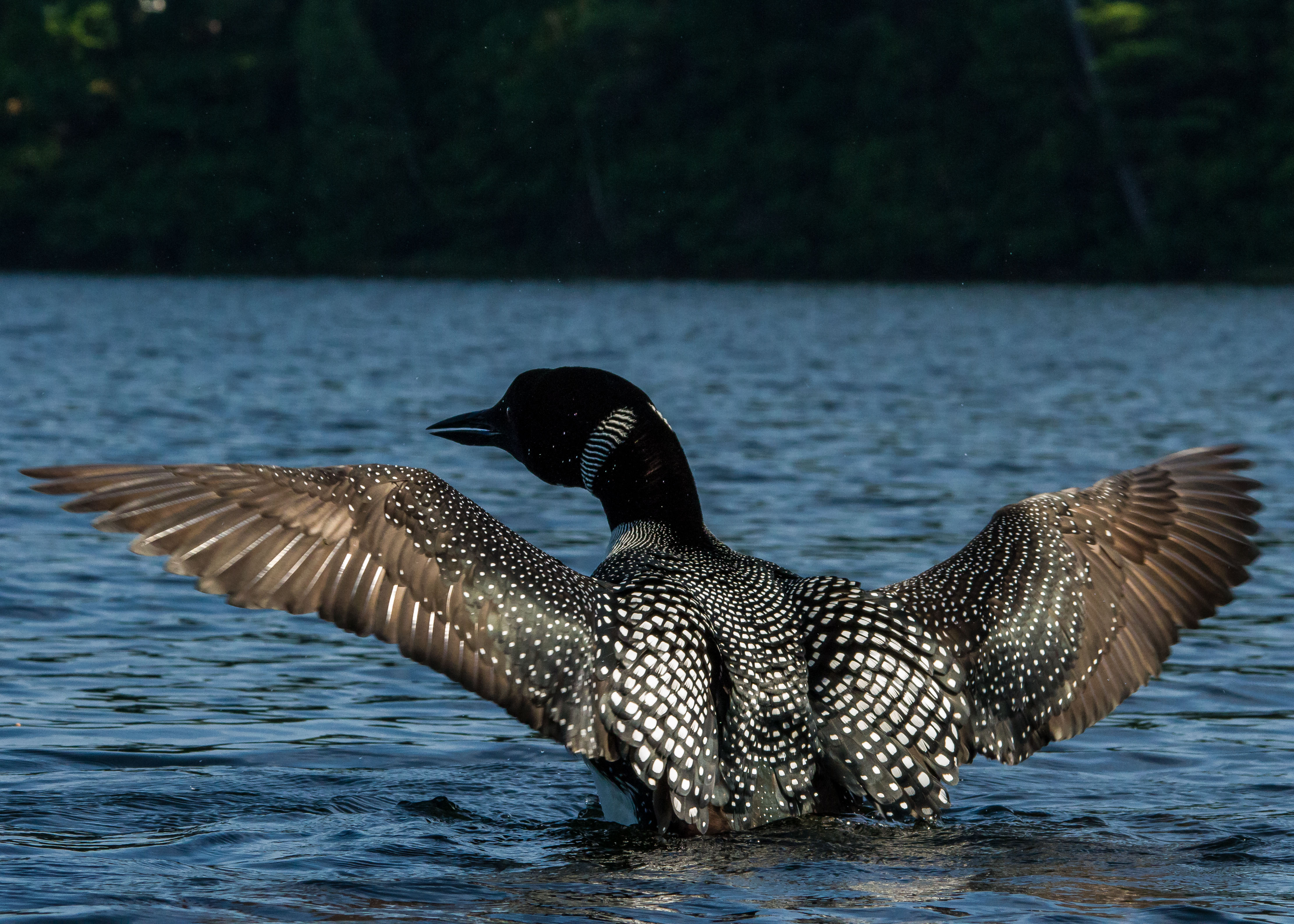 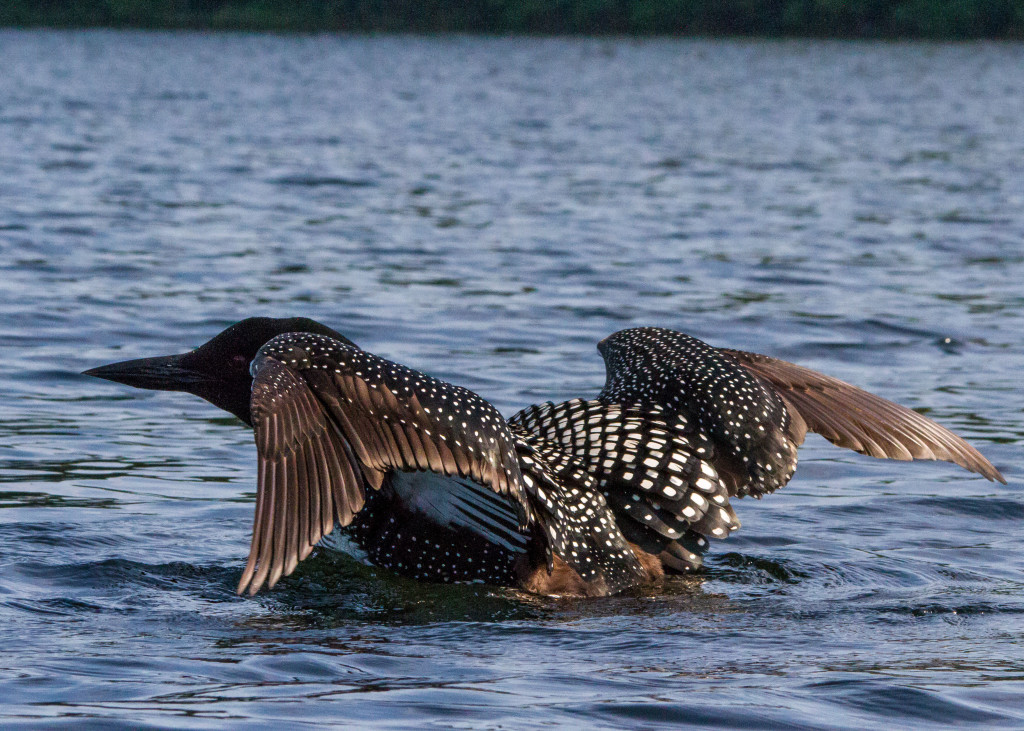 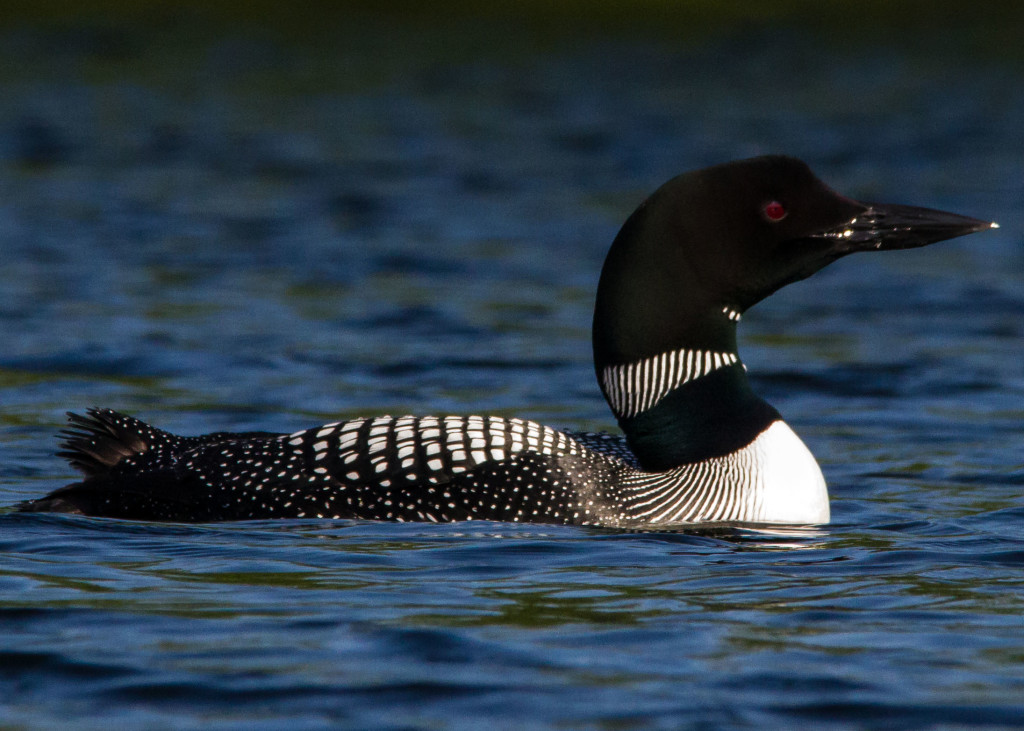 This entry was posted in Cooper and Packrat, Wildlife Sightings and tagged loons, Wildlife. Bookmark the permalink.

4 Responses to Loon Update: Something Doesn’t Add Up, Or Does It?