The reason it took me so long to post, is that I didn’t want to write this one.  I kept hoping I was wrong.  But I’m not.

There will be no loon chicks again this year.

That makes two years in a row.

How did I know? 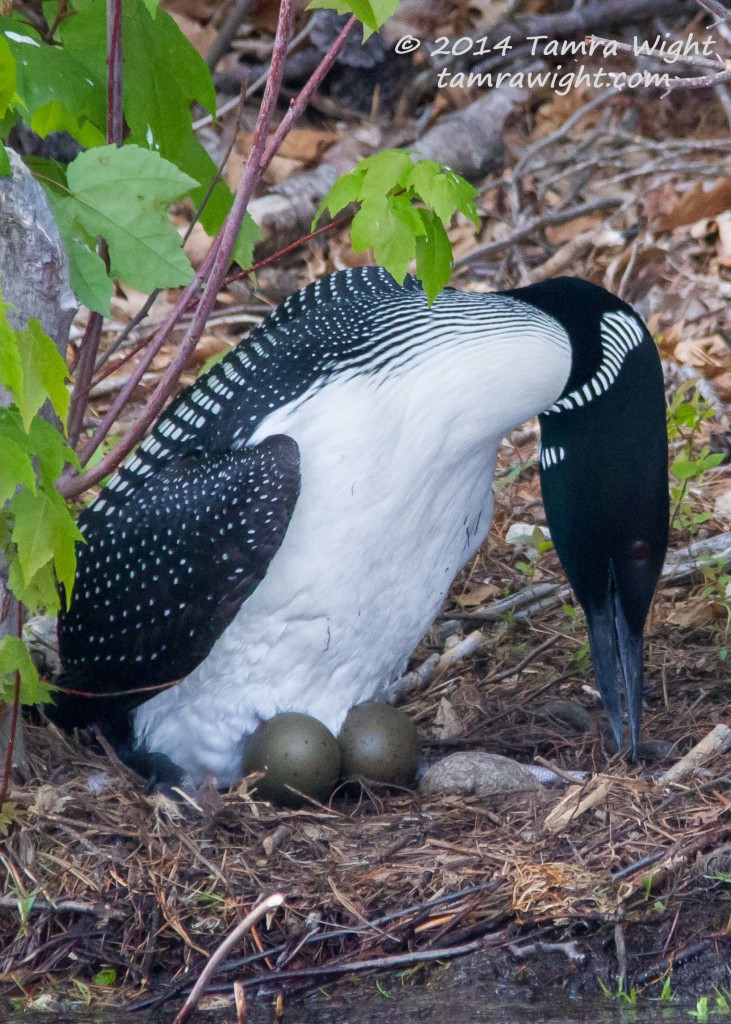 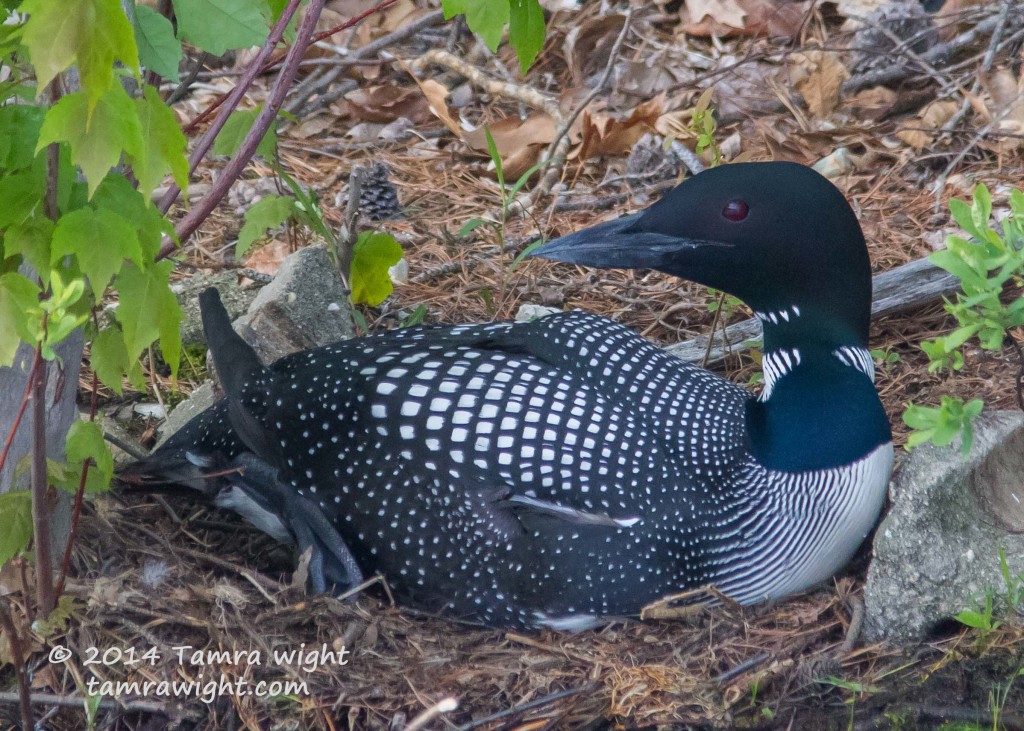 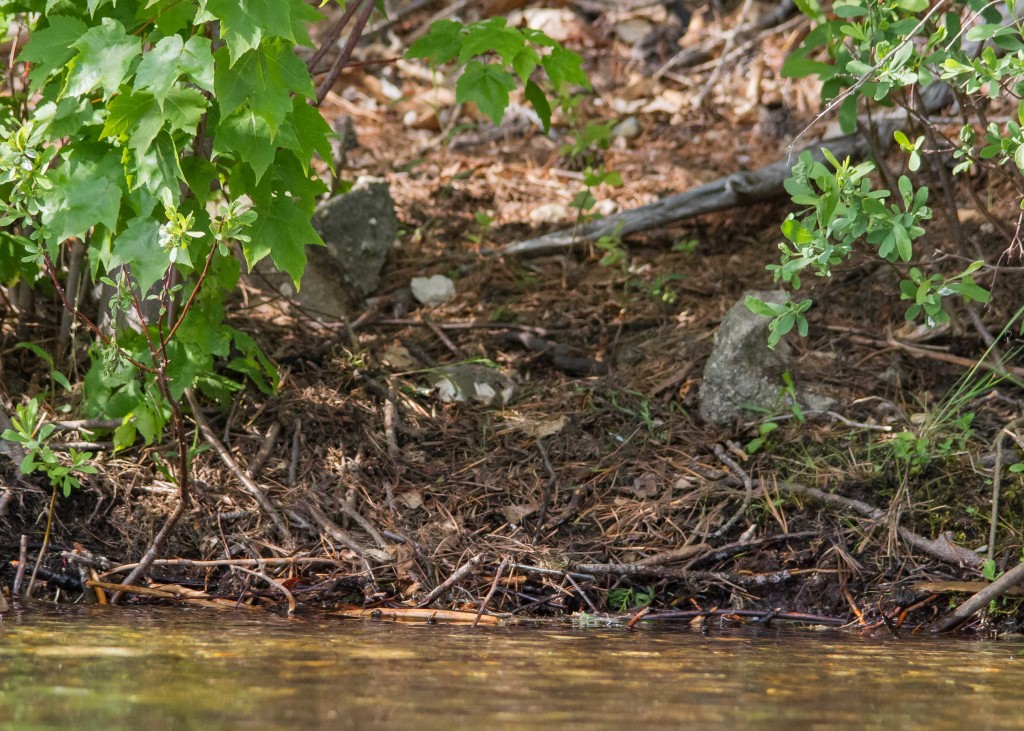 and three adults swimming about, not too far from the nesting site. 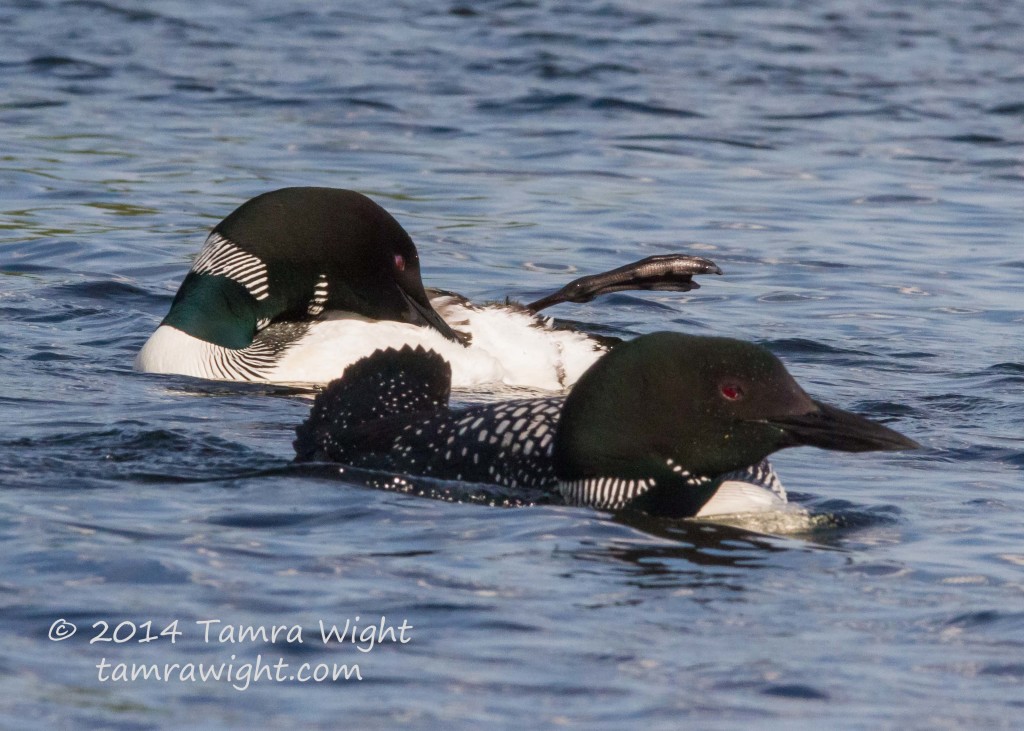 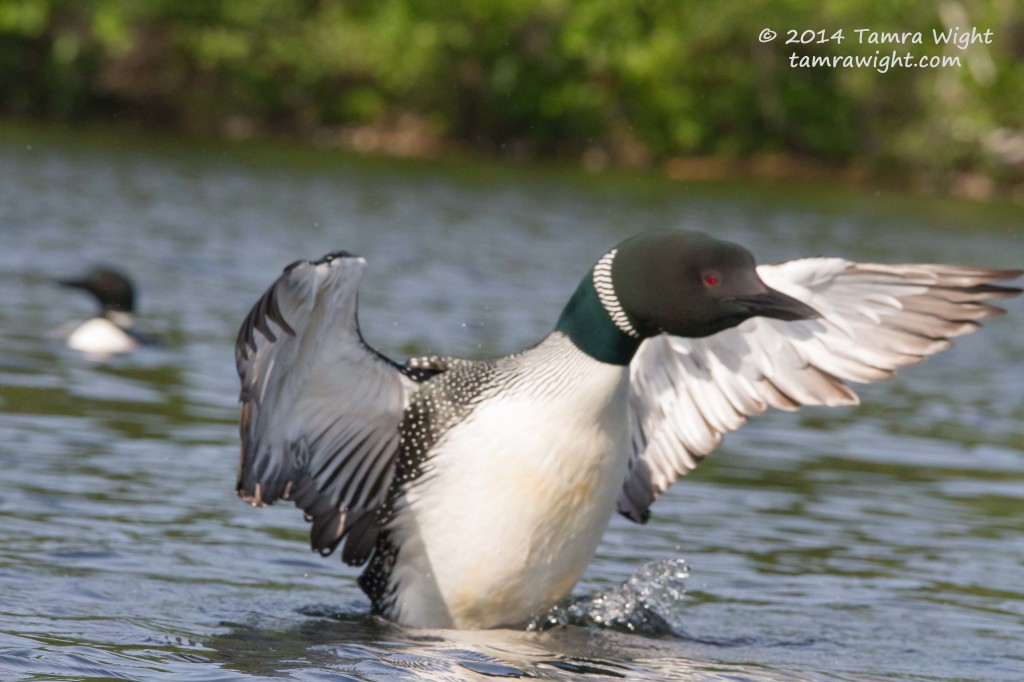 But still, it was hot and I thought, maybe she’s only gone in the water to cool off and the eggs will be fine. Maybe the third adult isn’t a threat.  Maybe one of the eggs had hatched and the fourth adult had taken it to a safe location.

But my gut told me the extra loon didn’t add up.  Normally, if a loon pair had a chick or unhatched eggs, they wouldn’t allow any other adults in their territory. 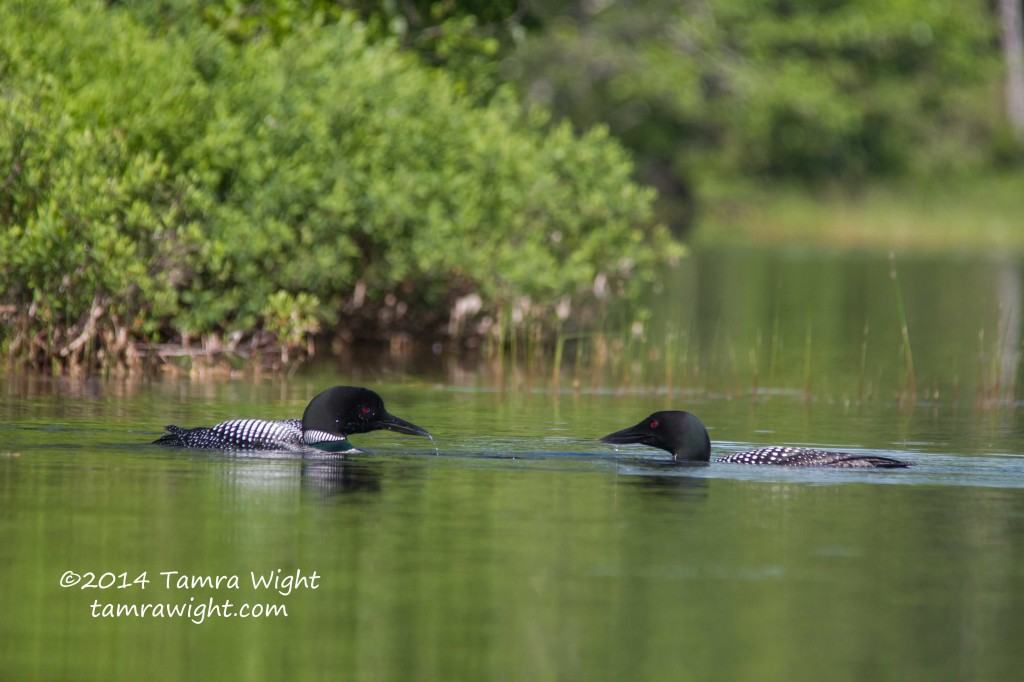 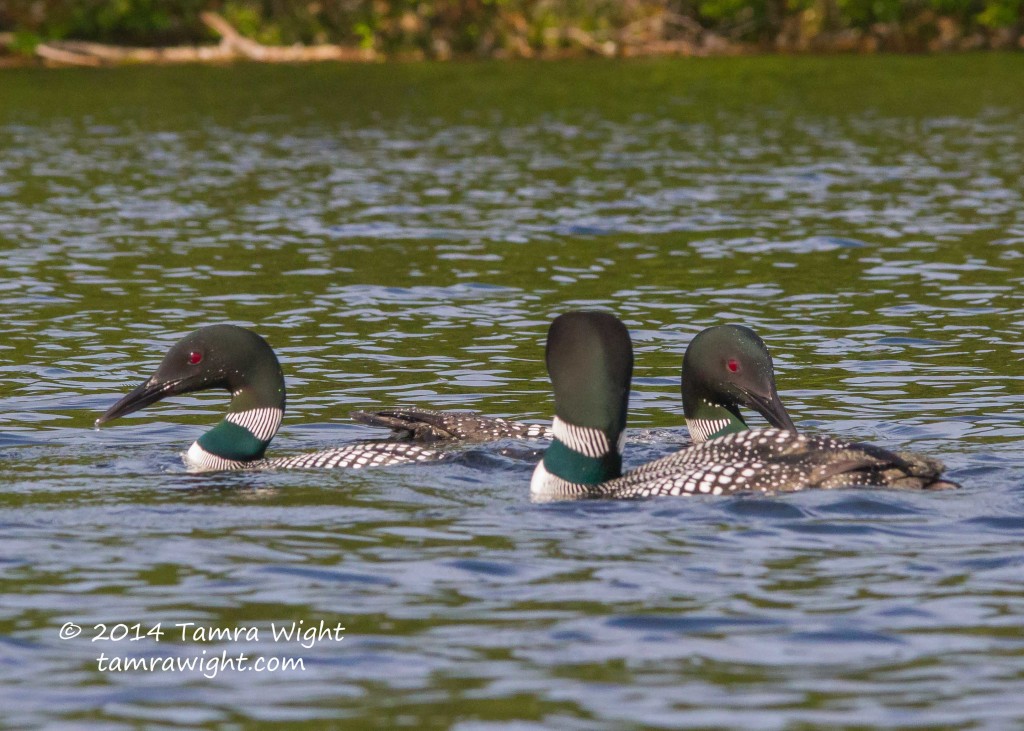 Two days after that, I went out on the lake again. Still no loon on the nest.  I kayaked all the way to the end of the lake where I knew they took their chicks.  On the way, I saw three pair.  None of them had chicks in tow.

It is possible one or two of the eggs hatched and the eagle snatched the young one.  The eagle does fly low over them every now and again, causing the loons to cry out in distress. 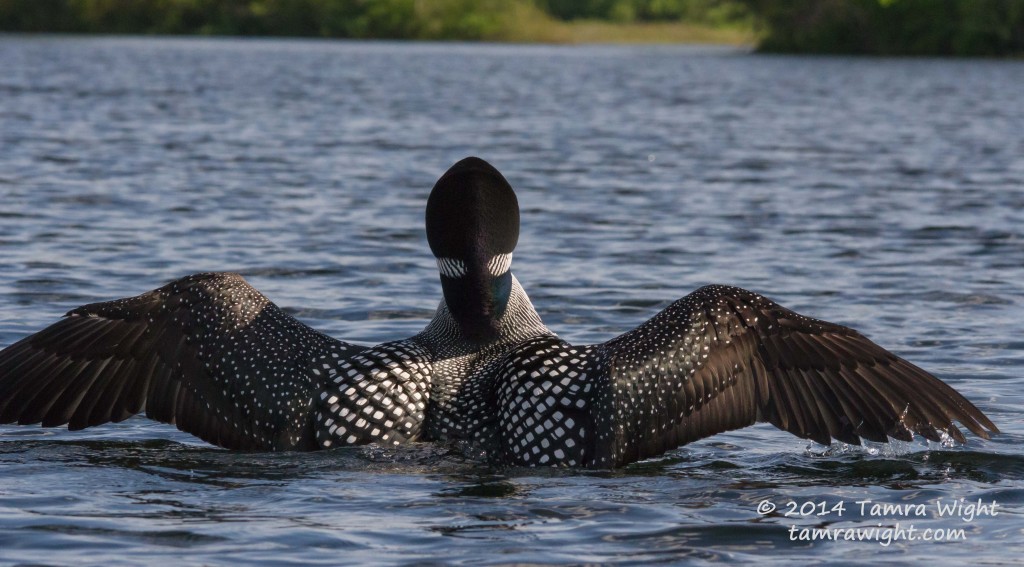 Oh, I was soooooo hoping for loon chicks to photograph this spring.

But three pair of loon on our lake is quite exciting too.

You can never have too many loon photos! 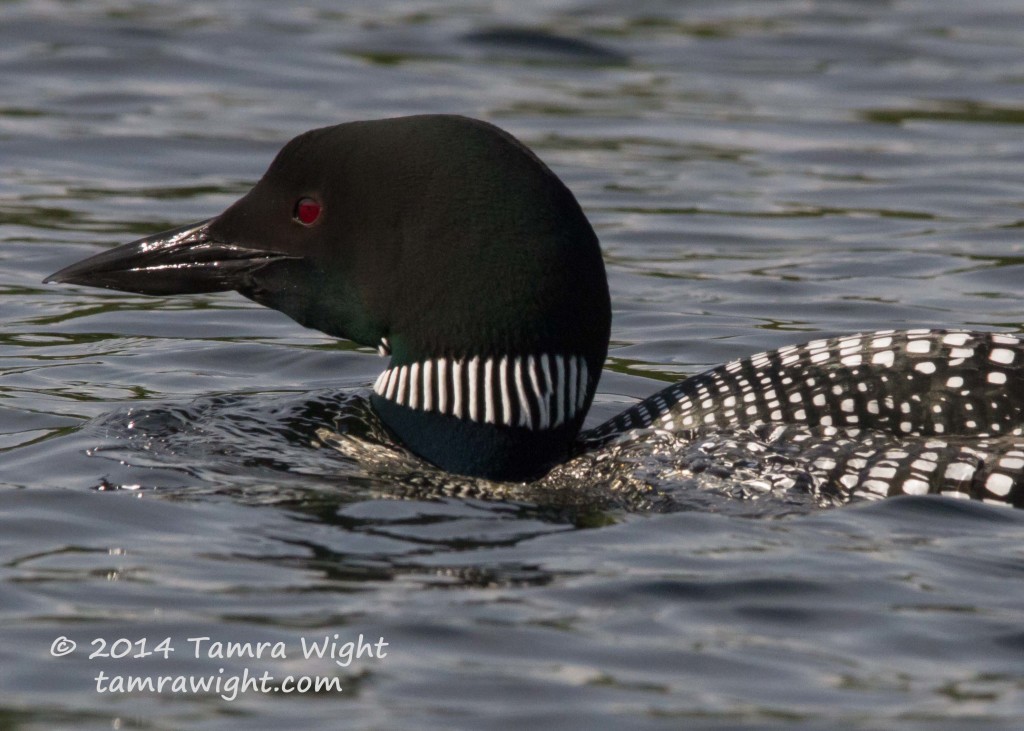 This entry was posted in Wildlife Sightings and tagged birding, loons, Wildlife. Bookmark the permalink.

2 Responses to Loon Chick Update for 2014