Okay, I admit it, I’ve been withholding information.

I was afraid to show you.

But you see, right around May 1st (not the date on the video) I was going through the videos, watching cute little fox kits tumbling all over the place, wondering which one I was going to show you on FB next,   when I saw a image that stopped my heart.

I gasped. “No!” I watched the video again.

Ben and David ran into the room to see what I saw.

I quickly watched the next video which showed an adult frantically sniffing the den opening.  So did the one after that. It wasn’t until four videos and two hours later (on the cam)  that I finally saw this.

But, five days later (still cam time), there was nothing.  No videos with kits.

I began to worry.

Until an eighth grade neighbor found me between classes at school.  “Mrs. Wight, Mrs. Wight!” he called.  “Guess what I saw this weekend?  Me and my family, we were coming home and a fox crossed our driveway with a line of kits behind her!”

I just stared at him for a minute.  Then I grinned.  “Gabe!  You have my foxes! How many kits?”

“I think there were six,” he told me.

As it turns out, they moved to an abandoned den on his property. In my research I discovered that fox have a series of dens they use.  One by one, that mom took her kits across my property to his.  And I can tell you, it’s quite a hike.

But that’s what you do, to save your family when it’s in danger.

I couldn’t resist going to their den that very afternoon.  I was sitting on the grass taking photos of the kits through the brush, when my neighbor arrived on his bike.

As we talked in hushed tones about the fox behavior we’d seen on our trail cams , the fox kits watched us warily. 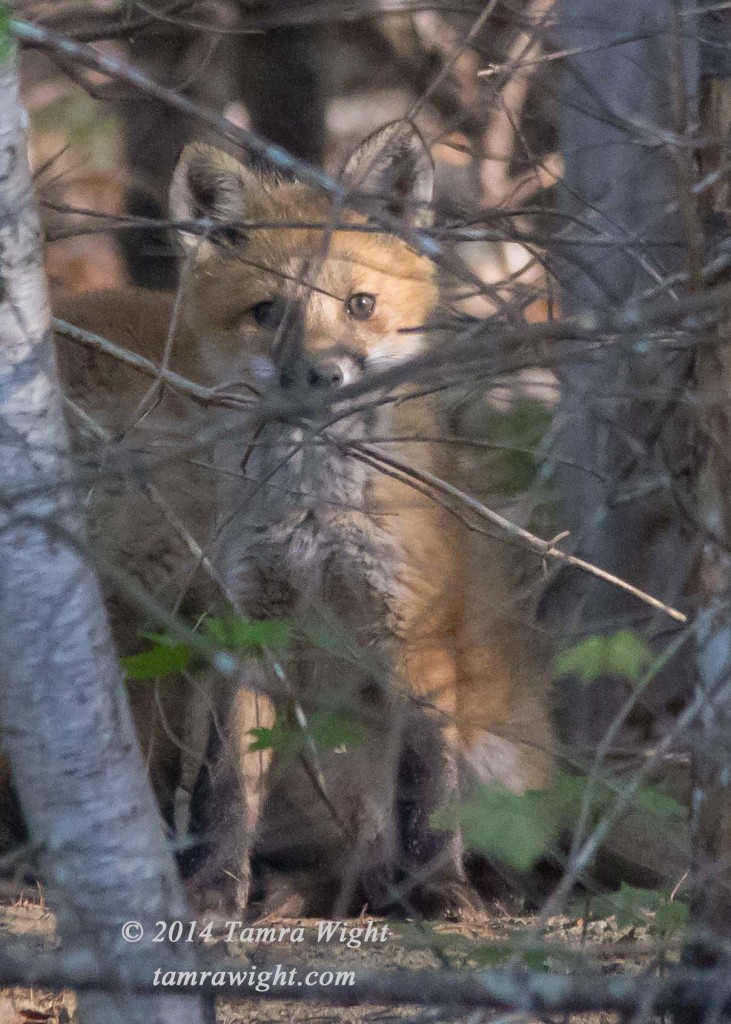 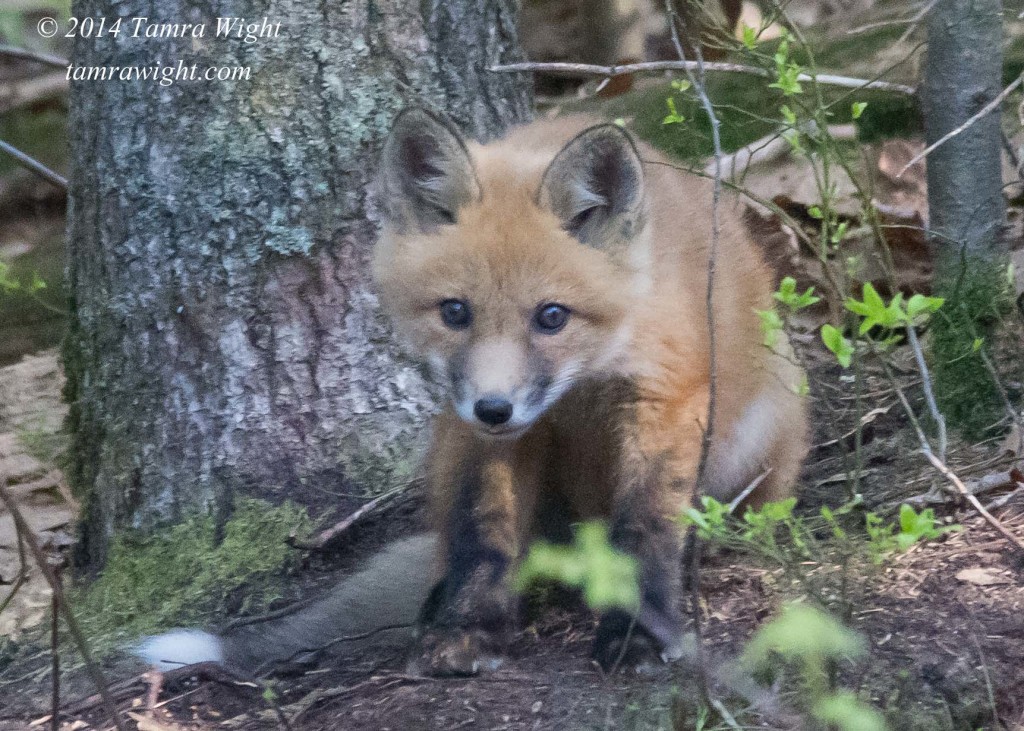 “Are you really writing a book about them?” he asked. 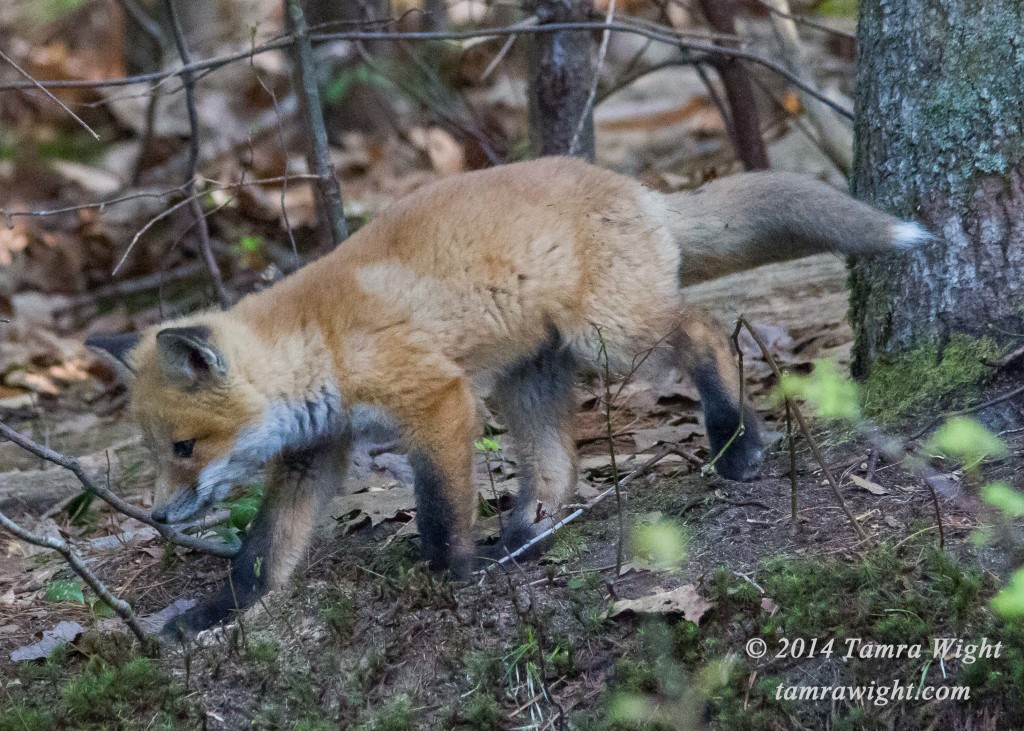 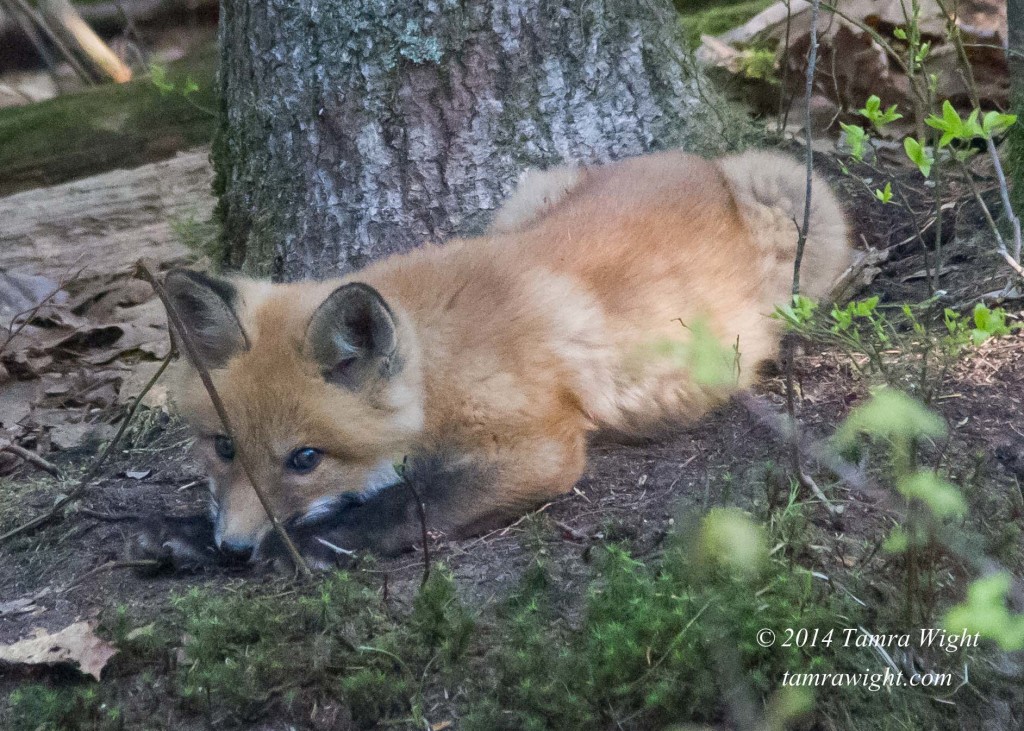 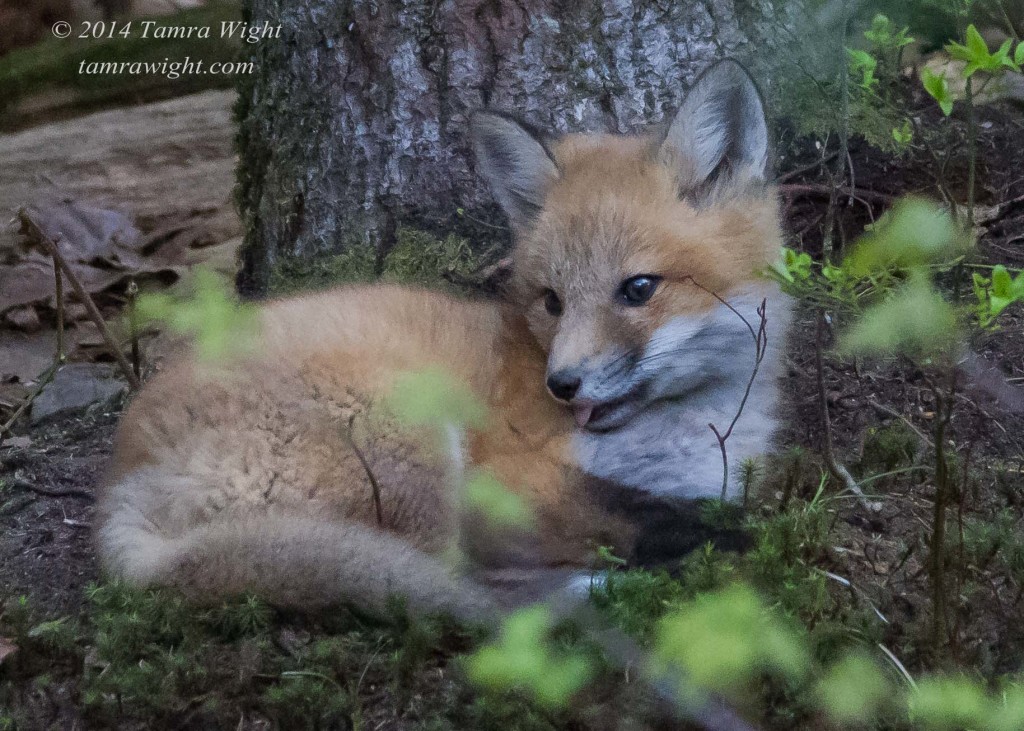 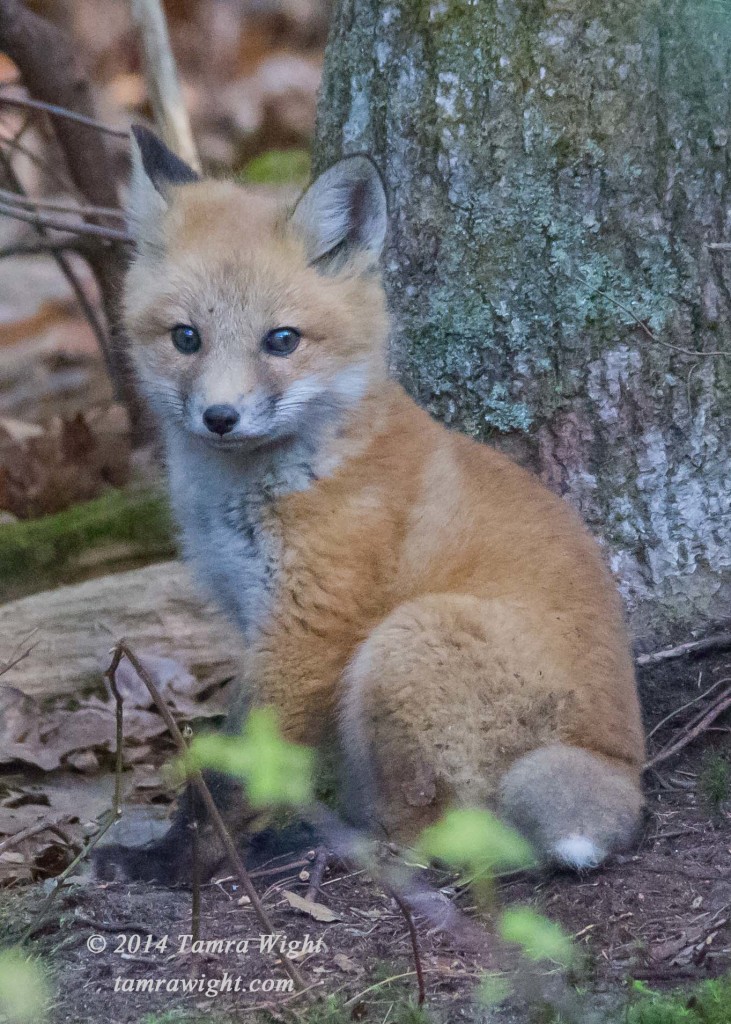 “Cool.  Anything I can do, Mrs. Wight, you let me know,” he said, as he rolled his bike back and forth.

“I’d love to know if you see anything  interesting through your trail cam that they do,” I told him.

I can’t wait to hear what he discovers.