Photographing Ruby-Throated Hummingbirds has become a bit of an obsession.  I sit on the front lawn by my honeysuckle bush for an hour here, and an hour there, hoping for the chance to snap a photo or two.

But they’re so darn quick!

At first I could only get photos of them sitting on a branch. 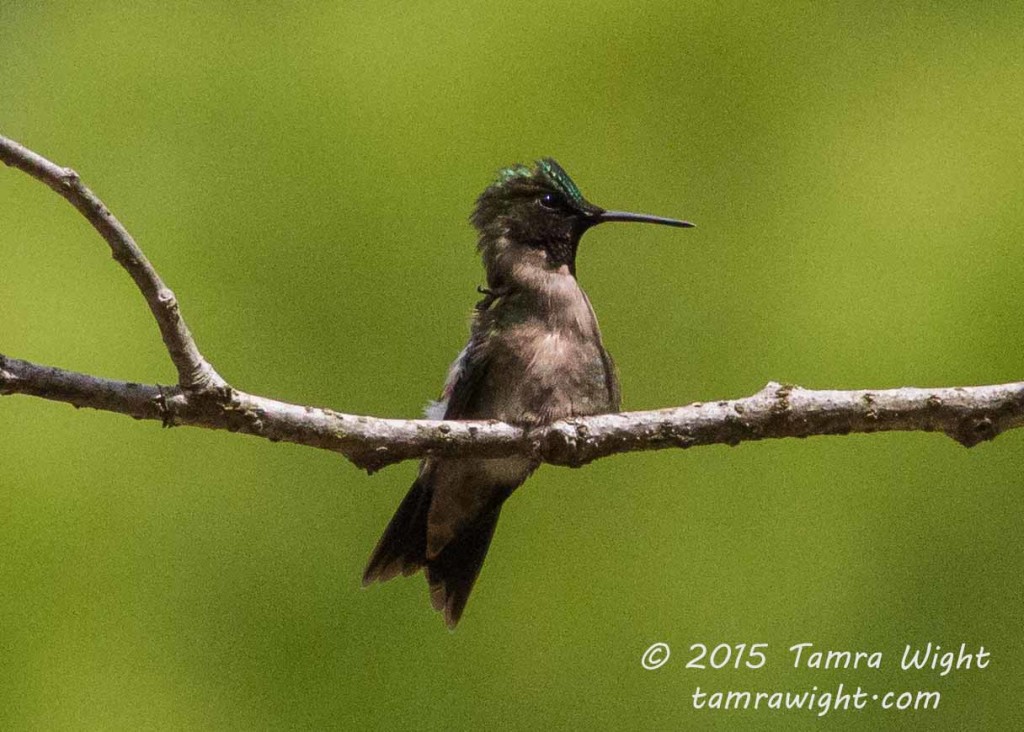 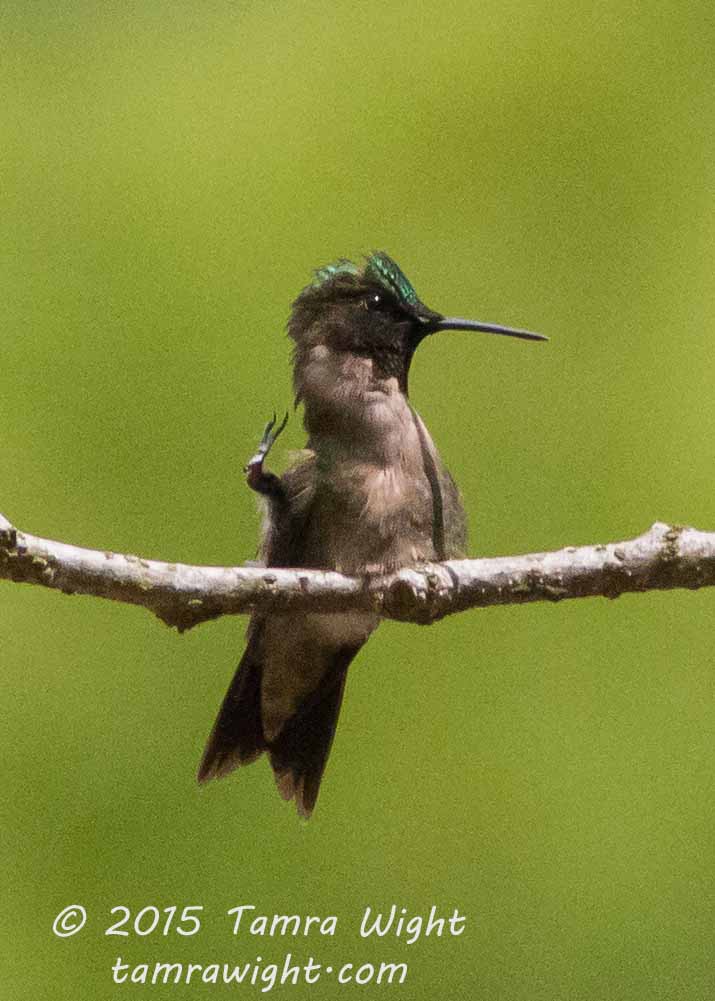 But then I graduated to some flight photos.  They still aren’t as clear as I’d like, but I’m hoping to learn as I go. 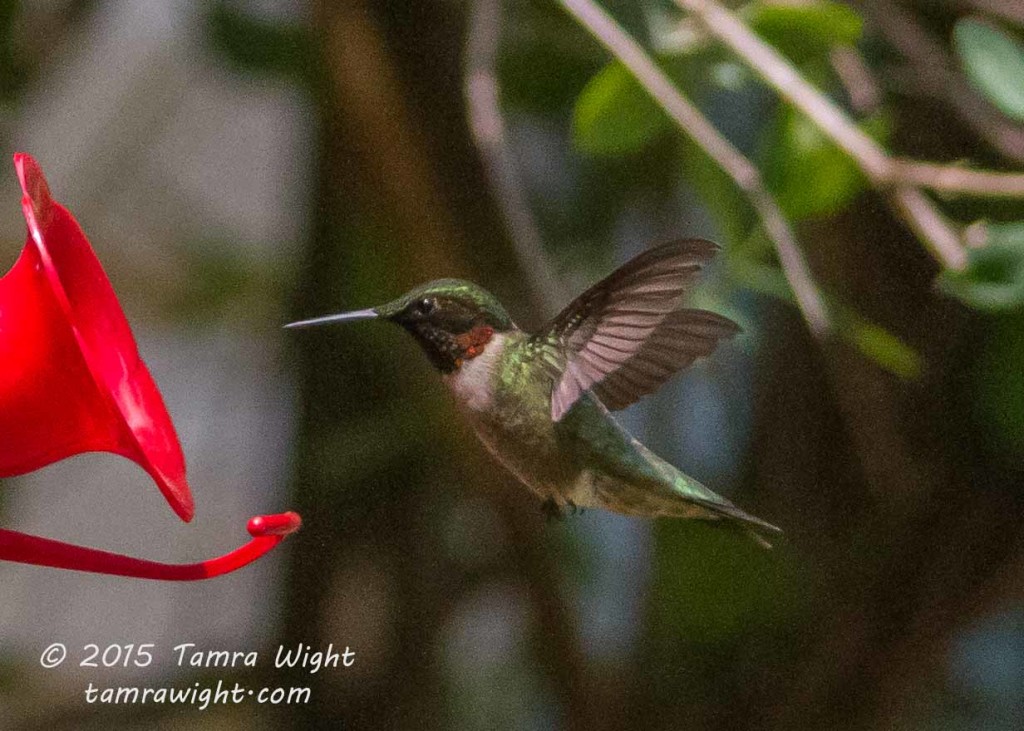 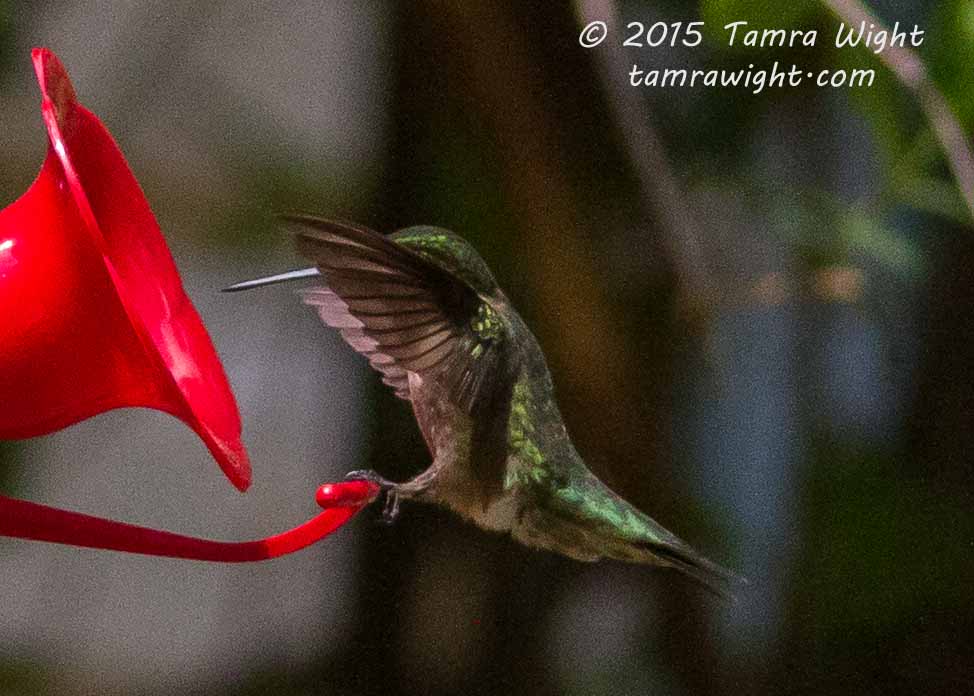 Did you know these delicate creatures weigh less than a penny?? 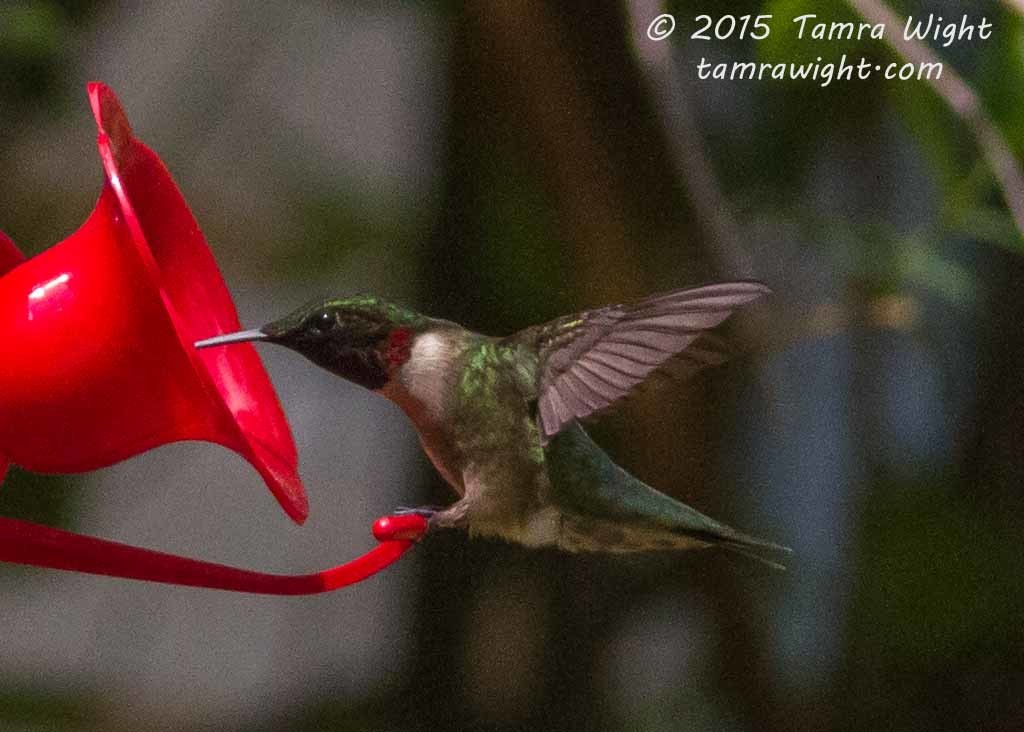 And they need to feed every ten minutes or so to keep their energy level stabilized.

The way they feed, is by licking nectar three times per second. Try that with your next ice cream cone! 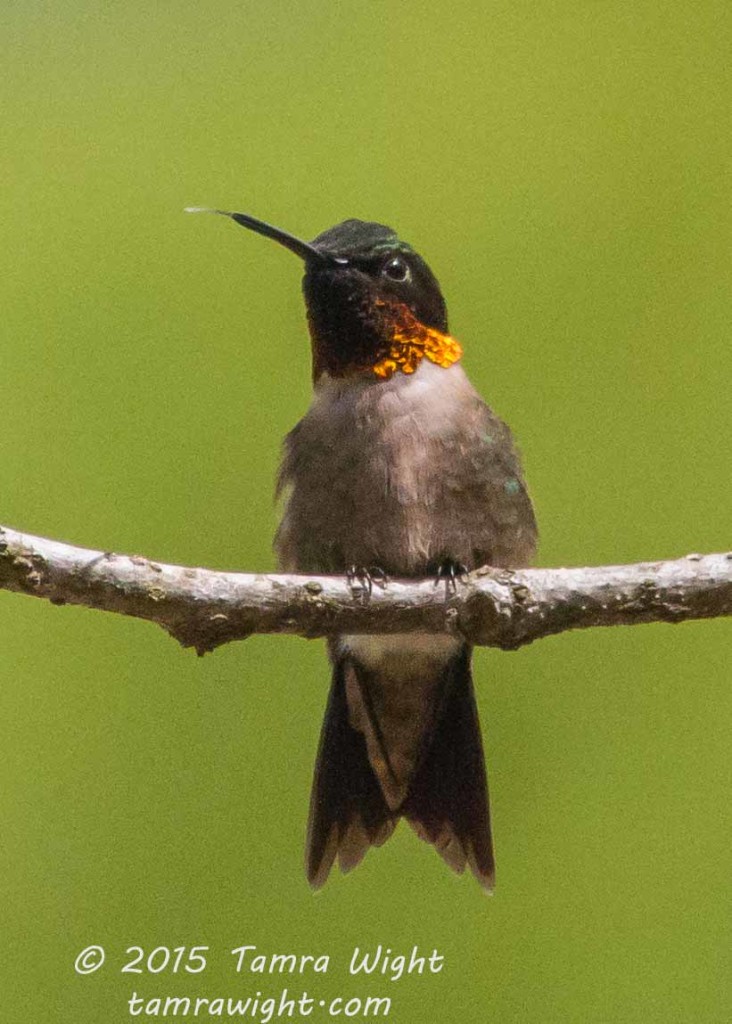 They’re fascinating in so many ways!

This entry was posted in Wildlife Sightings and tagged birding, hummingbirds, Wildlife. Bookmark the permalink.