When I went out on Mother’s Day to check on the eagle family, I also did a paddle-by of all the loon’s favorite nesting spots.  I can’t put into words how disappointed and surprised I was not to see one, or even the traces of one, being built.   The loons had arrived somewhere around April 20th.  Why weren’t they on a nest by now?  They were last year.  And the year before that.

Or had they nested and failed already?  It was a good possibility.  I hadn’t been able to get out in the kayak before now due to high winds and very cold temps.  It was anybody’s guess.

Later into the kayak ride, I watched the pair come down the lake, diving and preening together. 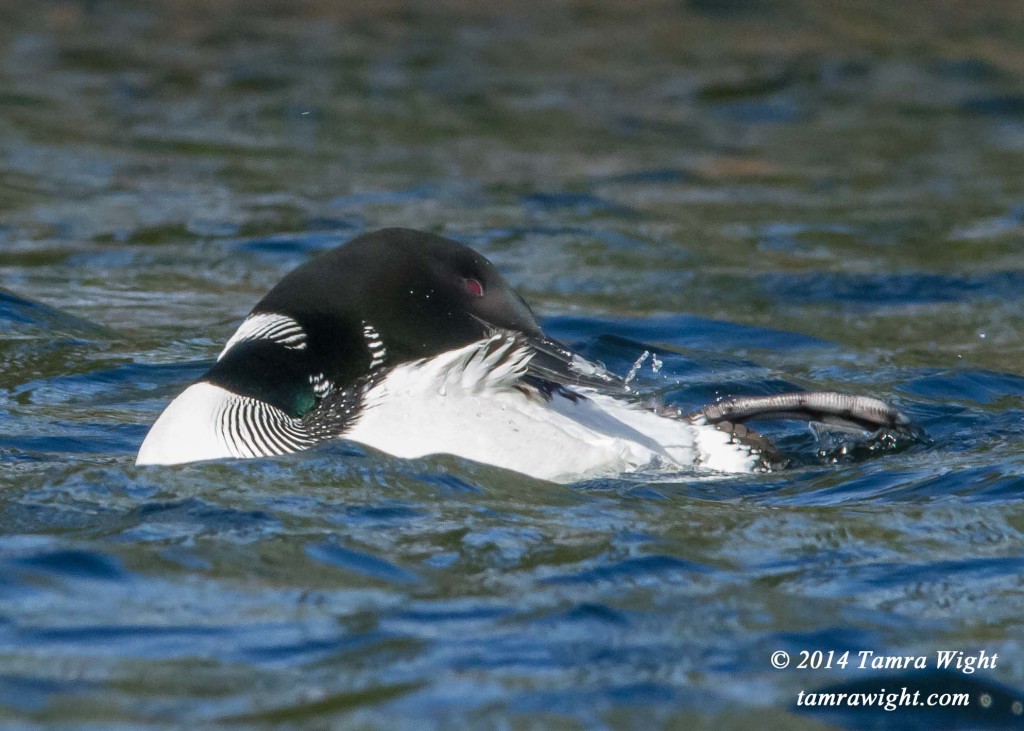 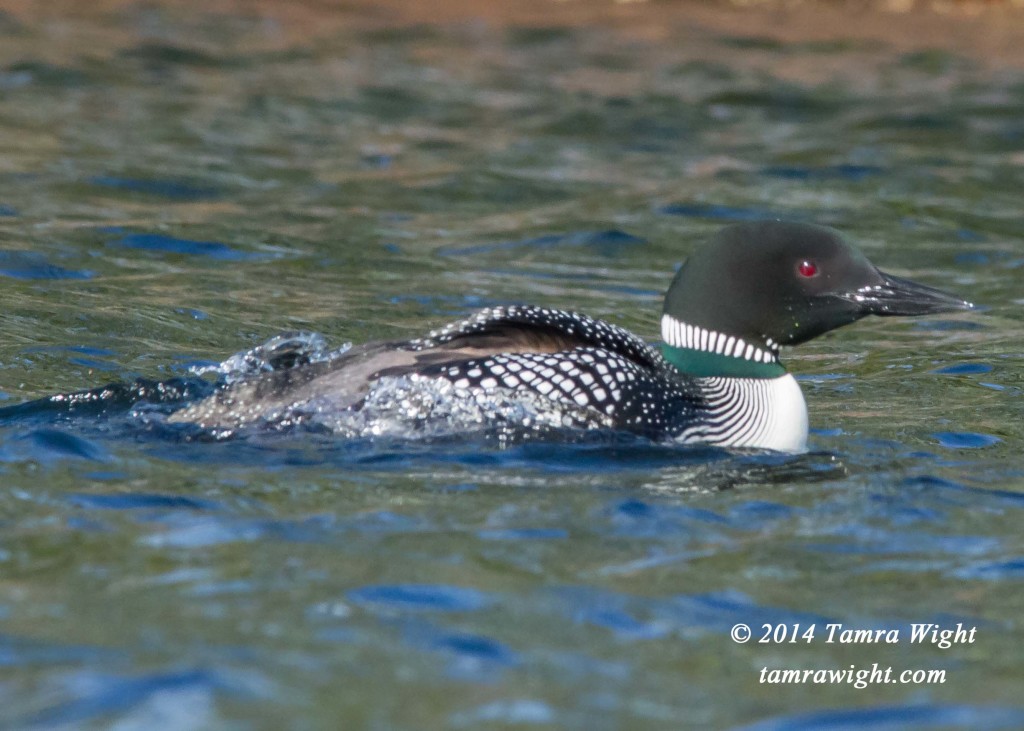 I admit, I really want chick pictures!  Cute, little, gray fluffball photos.  You know, to go along with Cooper and Packrat’s story, and to put on the big screen at school visits, which will make all the students say, “Awwwwww!”

It made me sad to think they might not nest, especially after having had no success with two nesting attempts last summer.

Then yesterday, as I was getting more eaglet photos, I heard their wail off the other side of our point.  Through my lens, I saw the pair floating slowly along their usual nesting area.  They were twice the distance away from me that the eagles were, and I knew from experience I wouldn’t capture clear photos. I wasn’t that good of a photographer. But using my lens like a pair of binoculars, I followed their progress.

They floated along together, separated, then came together again. They dove. They climbed up on land, and at first I thought they were adding to a nest site, but then I realized, they were mating.  Within minutes, they were back in the water, continuing on their way.

My heart soared at the thought of chicks!

After school the next day, I quickly checked in with my camp reservations clerk for any problems or messages, then grabbed my kayak key and paddle.   When I reached the shoreline, I stopped in my tracks.  White caps.  The wind was fiercer here than up by the office.  Waves rolled right to left in front of me without end.  The kayak would rock like crazy!  No optimal stabilizing whats-a-ma-jig in the camera was going to keep my images from blurring.

But through my lens, I saw a loon on the edge of the shoreline across the lake from me.

I took a deep breath, unlocked the kayak and muttered to myself the whole time I dragged it to the water’s edge.  So what if I didn’t get photos?  I’d still have visual confirmation they’d picked a nesting spot.  Or maybe I’d catch the pair mating again.

Oh heck. I’d just missed watching them over the last few cold winter months.  I *needed* to see them.

I dug the paddle deeply into the water on my left, then my right.  The kayak rocked back and forth just like I thought it would.  And not a gentle, baby-cradle-kind of rock either.  Good thing I wasn’t the seasick type.

When I reached the point where I knew the wind would push me past the loon, I rested my paddle in front of me to raise my lens.

Here was something I hadn’t witnessed before!

She was building her nest. 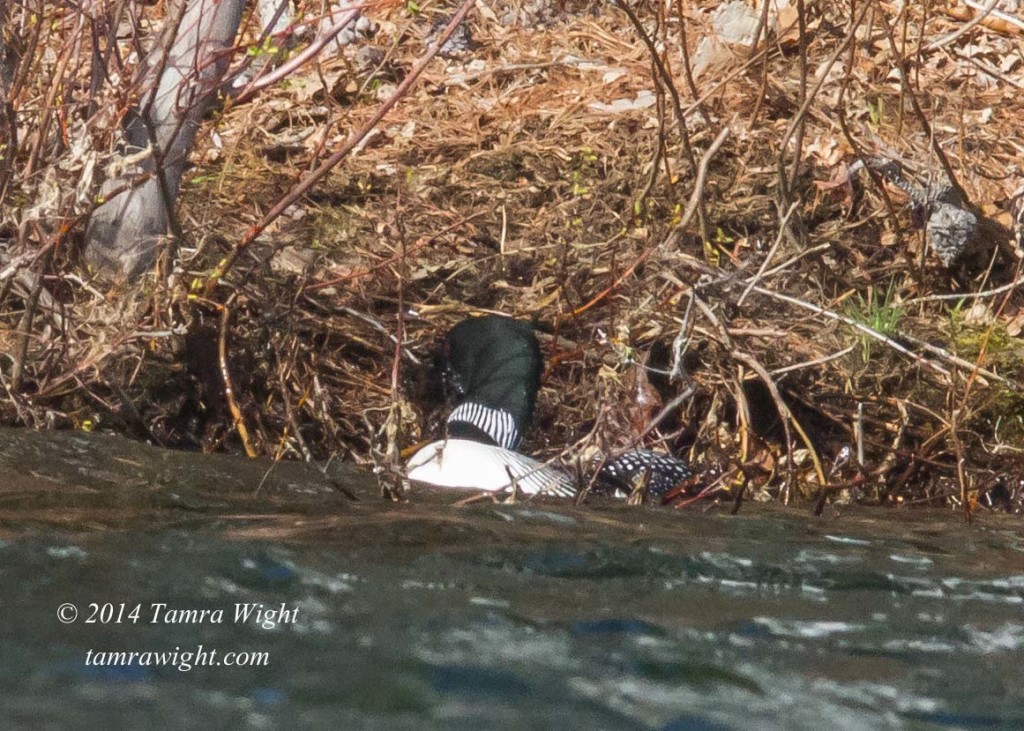 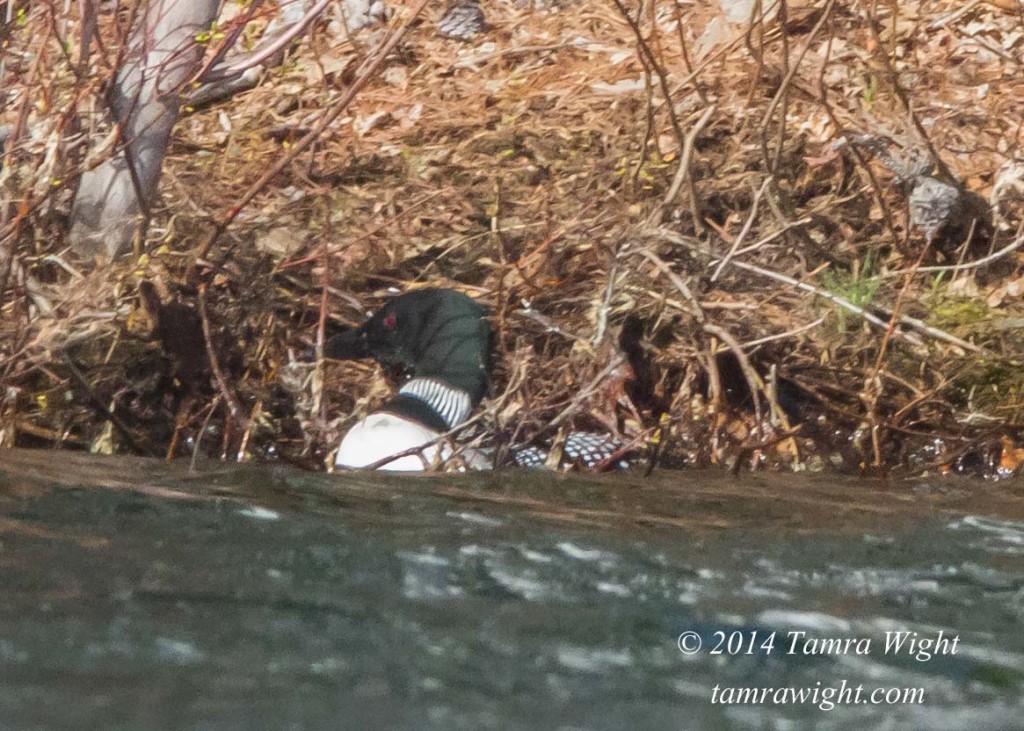 She dipped her head in the water to grab grasses with her beak, then tucked them into the banking behind her. 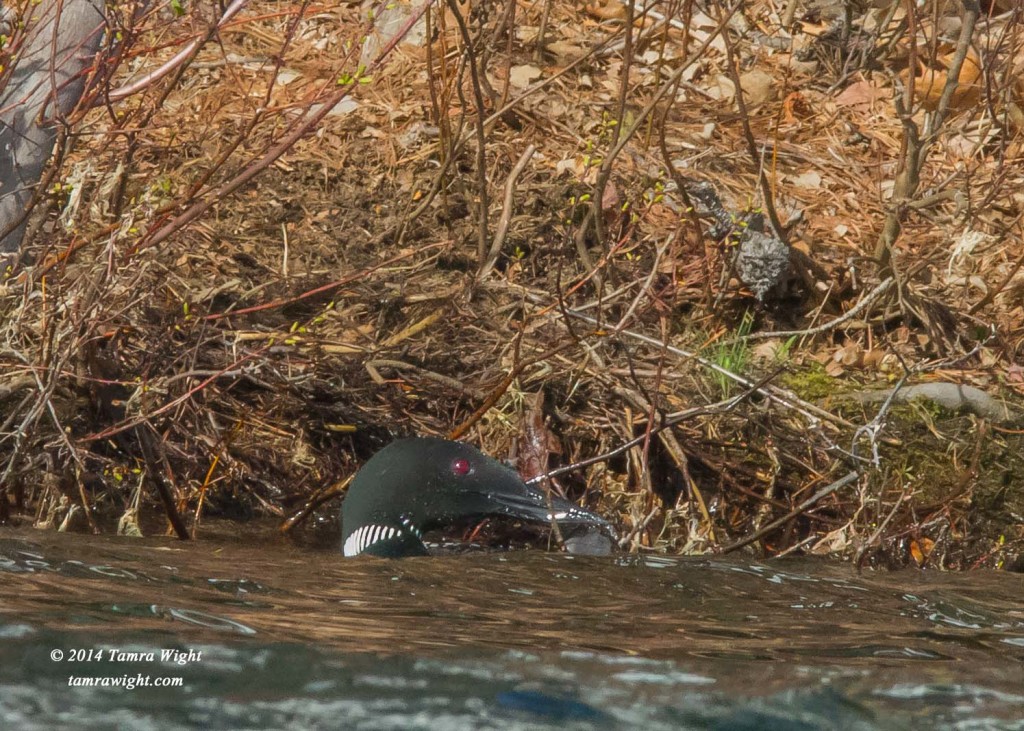 And then, before my eyes, she climbed up on it. 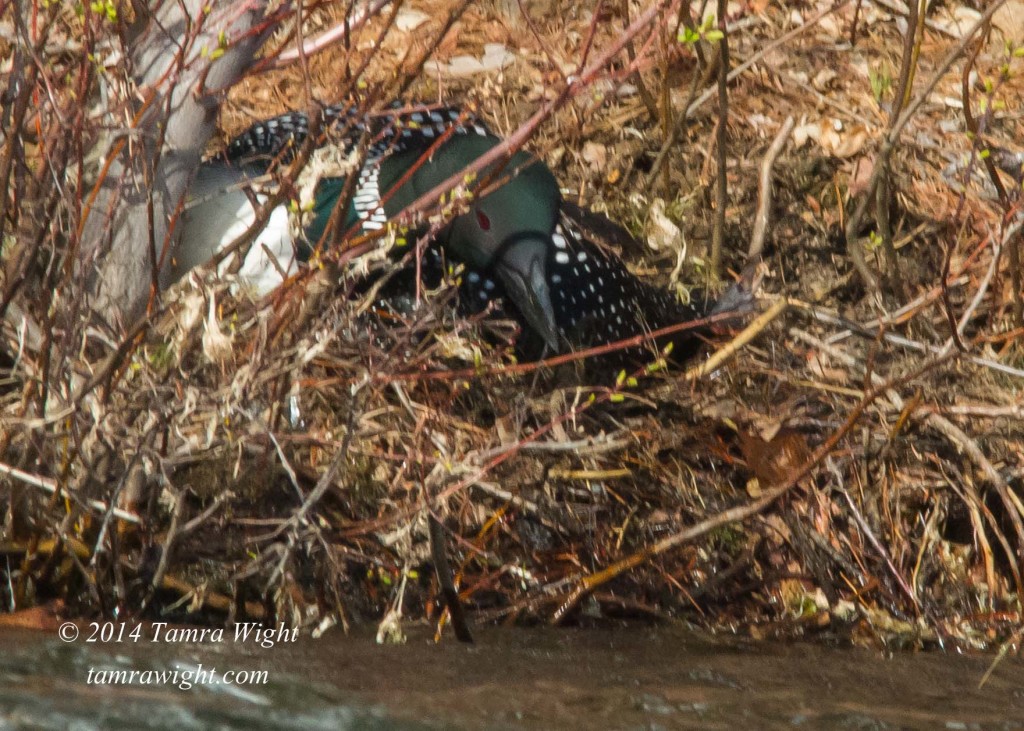 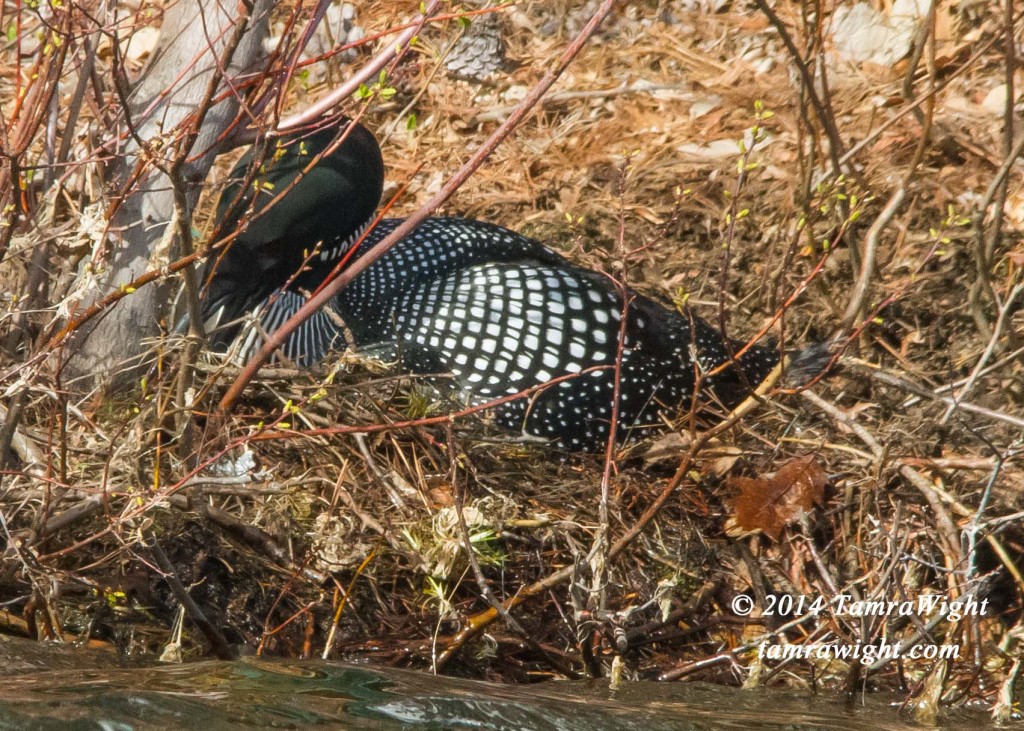 And so our journey of the loon family begins!  Fingers crossed that they’re successful this year.

This entry was posted in Cooper and Packrat, Wildlife Sightings and tagged birding, loons, Wildlife. Bookmark the permalink.

6 Responses to And The Loons?